When it comes to fighting games, your typical console controller can definitely get the job done… but when compared with traditional arcade sticks, you might as well be trying to put a square peg in a round hole. At this point in the PS4’s life, there aren’t really a lot of arcade sticks out there, but the options that we do have so far will definitely satisfy the needs of those fighting game enthusiasts who want a better way to play their games.

If you’re the type of gamer who has put more time into “Mortal Kombat X” than any other game on the PS4 so far, and/or if you’re eagerly awaiting “Street Fighter V” and all the other fighting games yet to be released, then an arcade stick might be a smart purchase for you. We’ve listed four of the best arcade stick options that are on the market today in order from cheapest to most expensive. Click through to see which one is perfect for you! 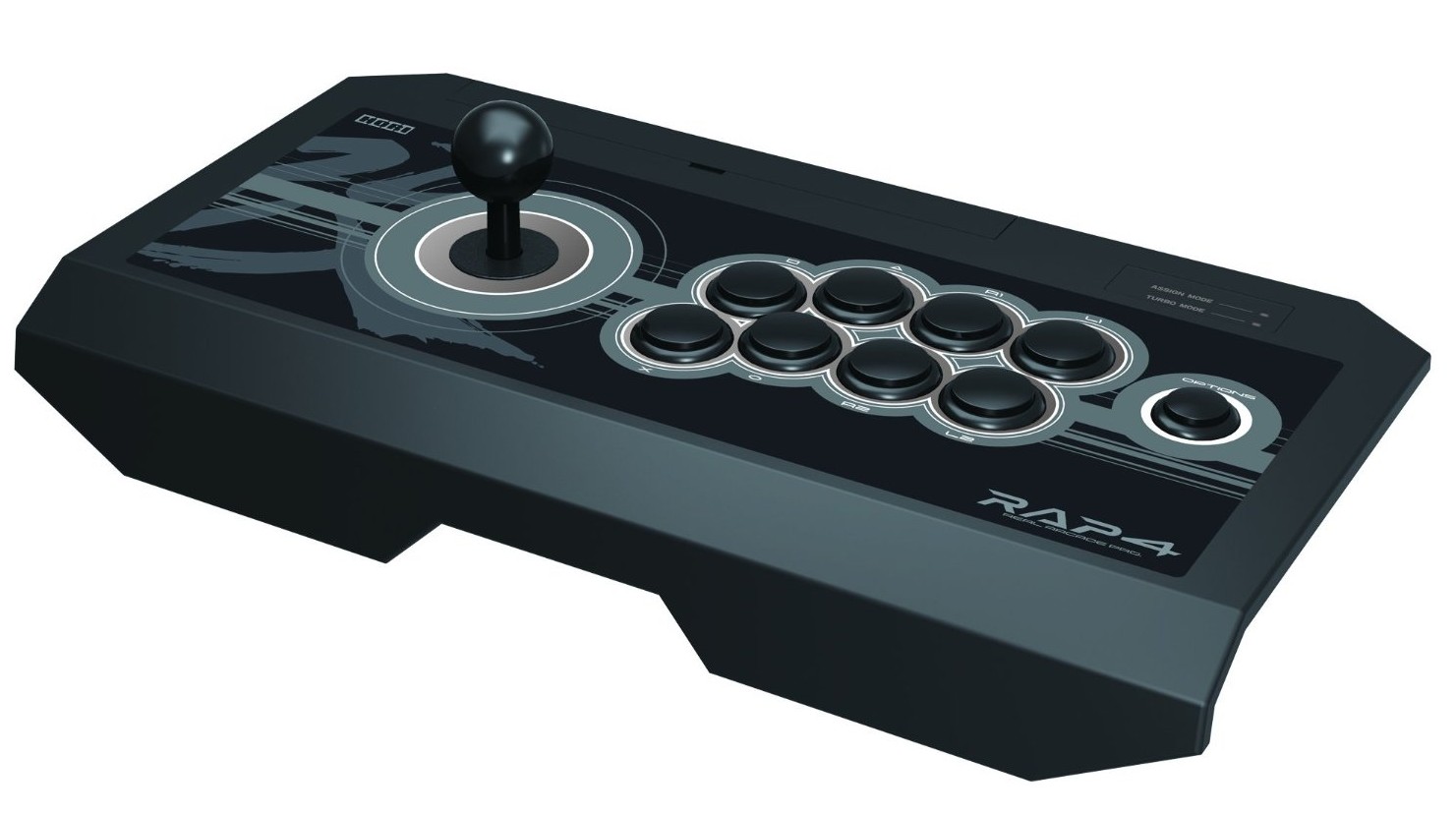 If you have over a hundred extra bucks to spend on an arcade stick, you’d do well with the HORI Real Arcade Pro 4. This is as cheap as it gets when it comes to more traditional fight pads, and it definitely gets the job done. The product is officially licensed by Sony and features a touch panel, turbo function, button configuration mode, and input toggle switch. The stick feels great and the buttons are super responsive, but it’s not the most aesthetically pleasing piece of equipment you could buy. Like most of these products, the stick is backwards compatible with the PS3, which will let you play all of your old fighting games while you wait for the new ones to come out. Definitely consider getting the Pro 4 Kai if you don’t want to break the bank but would rather have an actual fighting pad instead of a modified controller.

The middle of the line as far as price goes; you’ll find a few arcade sticks that float around the $200 mark. The HORI Real Arcade Pro 5 is the best of this bunch, and for just $45 more than version 4 of the same product, you get a better looking pad that’s a little bit larger (as far as the space between the stick and the buttons goes) and features buttons that feel a little bit more responsive. This is a great deal for someone that wants a pad that’ll last them a long time and will look good all the while. Go with the Pro 5 Hayabusa if you are really into fighting games and are willing to throw down $200 to really take that experience to the next level. This isn’t cheap, but it’s worth it if you plan on investing in all the many fighters that will eventually come out for the PS4. 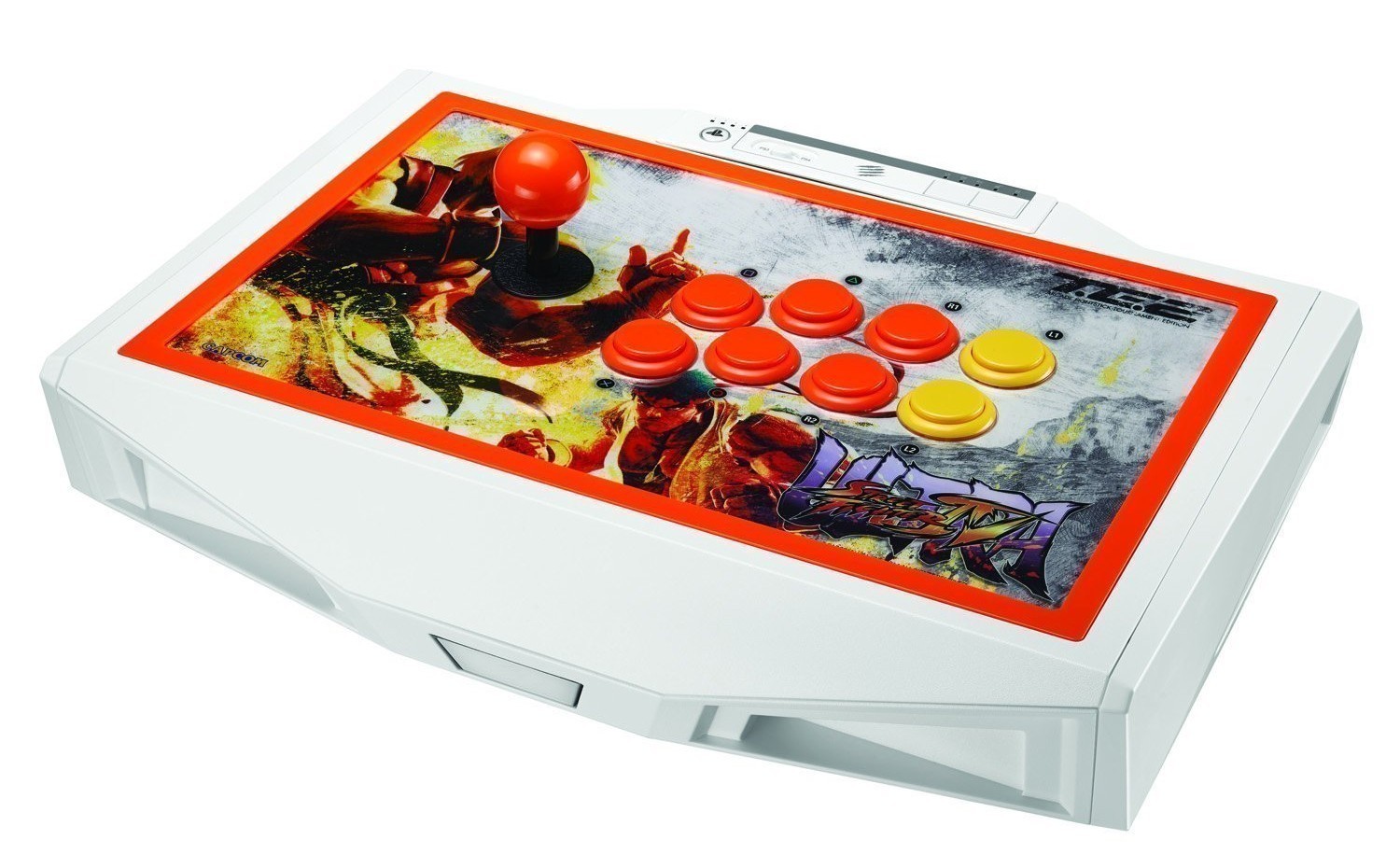 The top of the line as far as arcade sticks go, the Mad Catz Ultra Street Fighter IV is an awesome product that will totally change the way you play fighting games on the PS4. Featuring stylish “Street Fighter IV” artwork and an ultra-responsive stick and buttons, the casing is highly moddable and lets you swap out almost every part, making this a great base for all of your arcade stick needs in the future. There’s storage on the inside for the included nine foot USB cable, attachments for a shoulder strap, and all of basic features that you’ve come to expect from a fight pad. Certainly consider this option if you have to have the best of the best. The solid construction of the pad combined with its customizable features make it an investment that you will be enjoying for a very long time. If you have the money to spend, this pad is definitely worth it. 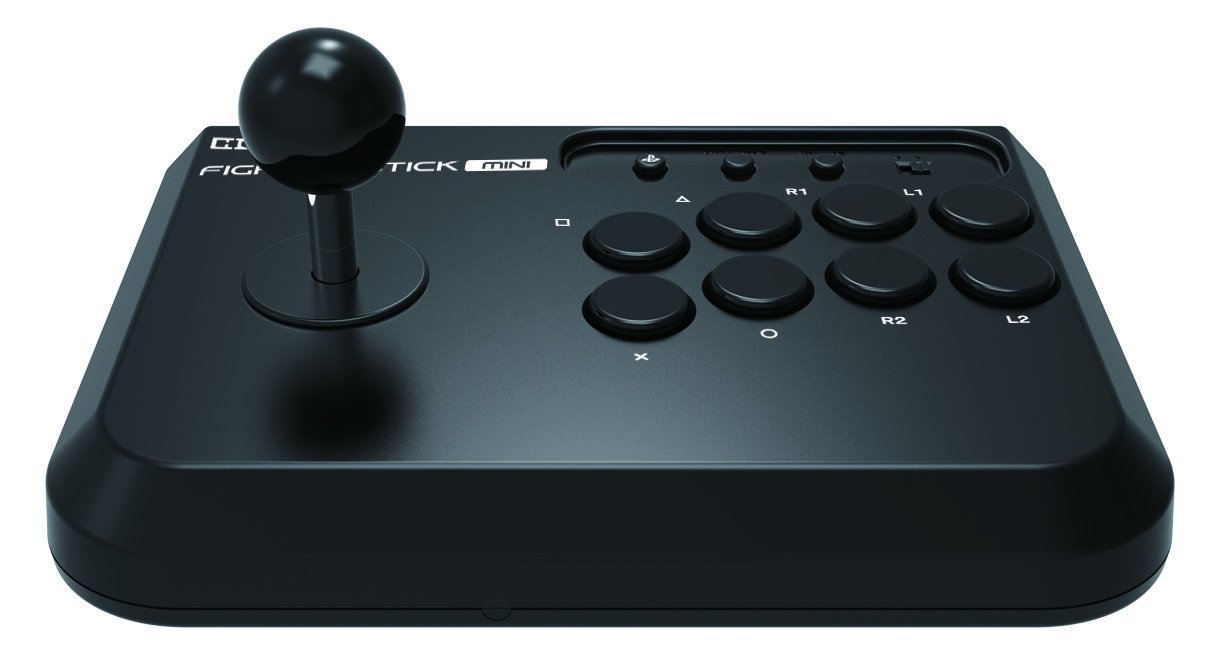 For those on a budget, this PS4 arcade stick is one to consider. Licensed officially by Sony, it isn’t just compatible with the PS4, but PS3, too. Including 8 buttons, this fight stick is both sylish and compact making it perfect for marrying with your fighting game collection. Made by Hori, you can ensure that the Fighting Stick Mini 4 is robust and will serve well for anyone on a limited budget. What’s more, those who plan to travel will find this product extremely versatile – making it easy to transport. 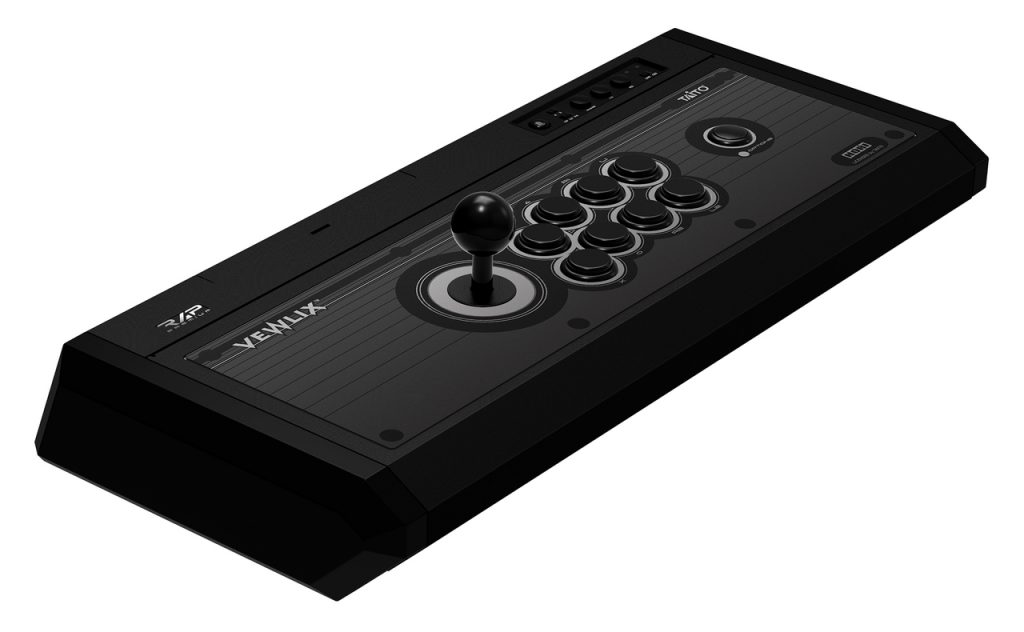 Are you ready to enter the dark side? Here we have yet another Hori arcade stick. Built using the finest materials, the Arcade Pro 4 Premium VLX KURO delivers the ultimate arcade experience. What’s more, many of the parts used here are actually featured within Japanese arcades – it doesn’t get any better than that. One great advantage to this unit is the ability to easily access the inner components, which is done by simply removing three small screws. It should also be mentioned that two key features include a fully functional touch pad and programmable buttons. Officially licensed by Sony, this arcade stick is compatible with both the PS3 and PS4. Premium and well designed, this product will look the part and also be your best companion when entering the next fight arena.

With a growing library of PS4 fighting games, there has never been a better time to invest in a fight stick. This article has featured the best arcade sticks currently available, but which will you choose? Do you already own a fight stick? If so, leave your feedback below to help better inform others.

[comments_evolved]
Order PS5
Are you ready for the PS5? Visit the order page for PS5 on Amazon: click here.