If you’re a dirt bike racing enthusiast, you’ll know just how fun it can be to play video game versions of this incredible sport. Watching bikes tear through the mud and soar through the air never ceases to thrill, so it’s a good thing that the video game world has so many great representations of dirt bike racing. Sony’s consoles are no different; if you’re looking for dirtbike PS4 games, then you’ll be pretty spoiled for choice. Here are the best dirt bike games PS4 gamers can play right now.

It stands to reason that the best dirt bike game on PS4 would be the officially licensed MotoGP racing game, right? Well, that’s definitely the case. MotoGP 22 brings all of the series’ usual realistic physics, satisfying dirt bike racing, and wealth of content to PS4 for this year’s instalment. This time around, there’s also a new classic-minded “Nine: Season 2009” mode, which sees you revisiting the 1000cc glory days of racers like Stoner and Rossi. Gone are the hardcore trappings of MotoGP 21 (which many gamers still prefer) in favour of a more arcade-style racing sim that will still cater to serious dirt bike racing fans. This is truly the definitive dirtbike racing experience on PS4.

Billing itself as “the complete off-road racing and lifestyle experience”, MX vs ATV All Out does indeed feel like an attempt to capture all aspects of off-road racing. There are dirt bikes here, of course, but you’ll also find other off-road vehicles like quad bikes and other ATVs. There are lots of different gameplay modes to try out, and if you’re a hardcore sim-head, you’ll also love the tweaking and tuning options available here, which should have you messing with components and builds for vehicles for hours on end. This isn’t the kind of game you should play if you’re just looking for a quick “pick up and play” experience, but it’s a great PS4 dirt bike game nonetheless.

With a fully-fledged career mode taking you from rags to riches, MXGP 2021 is one of the best ways to live your PS4 dirt bike fantasies. You can either create your very own MXGP team or join one of the game’s licensed teams (which are extensive). The racing itself is also brilliant here, as you’d expect from Milestone, the kings of realistic racing sims. MXGP 2021 has some of the most incredibly accurate dirt bike modelling we’ve ever seen in a video game, and it’s also got a massive amount of licensed bikes, riders, and accessories. If you’re looking for the ultimate way to live out your dirt bike racing fantasies on PS4, then MXGP 2021 should suffice. We’re really hoping for an MXGP 2022 announcement sometime this year!

Yep, it’s our old friends Milestone again, and this time, they’ve created the ultimate indoor supercross sim. For years now, Milestone has effectively cornered the market on this type of game, and Monster Energy Supercross 5 shows no signs of flagging. The career mode here is so in-depth that it’s actually possible to get injured, which will affect your race performance. Even if you’re not too bothered about story modes, though, there’s also a thrillingly well-realised supercross sim in here, and although it’s one that occasionally struggles for variation in its content, that shouldn’t bother you too much if you’re simply after a great dirt bike sim.

Despite being over a year old now, MotoGP 21 still has plenty to offer for dirt bike racing fans on PS4. Gameplay-wise, it emphasises its simulation aspects much more closely than this year’s instalment; it’s a more hardcore game that’s intended mainly for the dirt bike racing faithful, so if you’re just looking to relax for a few minutes with an easy-to-learn racing game, this might not be it. However, if you’re looking for the most accurate, true-to-life dirt bike racing sim out there, then MotoGP 21 might even be a better option for you than MotoGP 22. Of course, it also comes with a range of licensed bikes, racers, and teams, so it’ll also provide the realism you’re looking for.

We’ve now reached the point at which Grand Theft Auto Online is so ubiquitous that it’s started branching out into other genres. Grand Theft Auto V’s single-player campaign has a handful of dirt bike-related missions, and it also allows you to roam the open sandbox of Los Santos on several different bikes, many of which handle and feel like real dirt bikes. When you step away from the dirt bike racing – which you never have to do if you prefer to keep a dirt bike as your main vehicle – you’ll find a rich, complex crime drama waiting for you in the story mode, as well as an endless amount of fun interacting with other players in the online component. Just make sure you teach yourself how to duck out of the way of helicopters and rocket launchers.

The PS4 has plenty of dirt bike racing games available, but there still aren’t quite as many as we’d like. Italian developer Milestone is essentially the only studio still creating games in this genre, and we’d like to see a young upstart studio come from nowhere to challenge the giants in this regard. Still, Milestone knows what it’s doing, and it certainly shows in the games the studio creates. What’s your favourite PS4 dirt bike game? 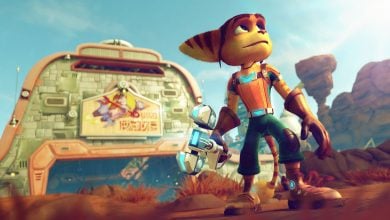 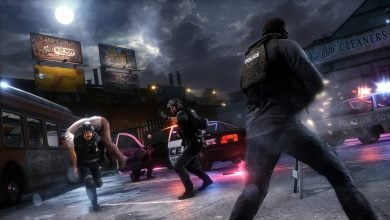