There isn’t much that compares to the thrill of the hunt. Gathering up your equipment, setting foot in the great outdoors, and stalking your prey gives you an indescribable feeling. If you want that feeling without needing to leave your own home, then you can enjoy the following games on your PS4. So pick up your binoculars and rifle so we can get started!

Neopica and Nacon bring you Hunting Simulator 2, the sequel to the amazing hunting game experience from 2017. In this new simulation adventure, you will traverse hunting reserves all over the world, from Texas to Eastern Europe.

You won’t be alone as you hunt 33 different animal species, either. Your faithful hunting dog will be right by your side the entire way, and will even help with tracking and scouting. And with the game’s realistic animal patterns and behavior, you’re going to need all the help you can get.

theHunter: Call of the Wild

This next game is a little older, it was released in 2017, but it is still one of the best hunting experiences you can get on the PS4. It has huge hunting reserves you can explore in a completely open-world style.

Choose from dozens of different weapons to complete your hunts, and when the great outdoors start to feel a little lonely you can team up with your friends to complete co-op hunts with a wide range of options. And, even better, you can play through and experience all of the paid DLC if you join somebody who owns it so you can try it out before you buy it yourself.

Aloy’s futuristic adventure is based around a pretty advanced stealth hunting system. But, instead of the flesh and blood animals, you’ll be hunting robot/dinosaur monstrosities that roam the plains of this post-apocalyptic planet.

Hide in tall grass, craft different kinds of arrows for your bow, and wait for the perfect time to strike. Aloy is a competent fighter, but she’s still only one person. Trying to fight off a pack of robots is usually a one-way ticket to the restart screen.

The hit A&E TV series has a video game adaptation that features the voices of the entire Robertson family that you’ve come to know and love over the years.

Collect and upgrade your weapons, take your position, and take down fluttering fowl before they can get away. There aren’t many games that focus on hunting ducks exclusively, so if that’s your thing, this is your best option.

If animals and robots aren’t challenging enough for you, then maybe you’d be interested in the most dangerous game: man. In Predator: Hunting Grounds, you can play as the iconic intergalactic hunter as he takes down a platoon of human soldiers.

Or, you can play as the soldiers and work together to try to take down the Predator before it can kill all of you. Fans of other assymetrical games like Dead by Daylight and Friday the 13th will feel right at home.

The latest Far Cry game, like all others before it, is a game about freeing the oppressed people of an island nation from a tyrannical leader. As you complete missions that get you closer to your goal, you can engage in hunting missions for various animals.

Successful hunts will grant you awards and materials to craft new equipment and clothing. This isn’t the most in-depth hunting, but it is a very fun side activity in a massive game.

This FPS hunting simulator is the successor to one of the greatest hunting franchises in the entire world. In it, you will tackle all kinds of big-game animals such as Caribou, Elk, Big Horn, and more!

When you’re hunting literal fire-breathing dragons and rageful two-horned beasts, you’re going to need a lot more than a tiny rifle. Maybe giant buster swords and other massive transforming weapons would be better.

This is the concept behind Monster Hunter: World. The first multi platform release for the incredibly popular Capcom franchise. It’s not exactly traditional hunting, but you’ll still scout, track, and take down monsters of various sizes.

There are plenty of deer hunting games, but don’t discount Pro Deer Hunting 2. Released in April of 2021, this game contains major improvements in graphics, gameplay, and mechanics over its predecessor.

This game even has a feature where you can post up in a climbing tree stand to stay high up off the ground. It’s pretty cool, and definitely worth your time if you’ve played all of the other deer hunting games.

This next game is an online multiplayer FPS where you’ll hunt down other players as well as bounties in a supernaturally-infused old west setting.

There is no mini map or other indicators of your surroundings in this game, so you have to become one with your environment and listen to every little sound around you to know when your mark is nearby, or an enemy player.

CD Project Red’s award-winning fantasy game has a magically mutated hunter at the core of the experience. The hunting you do in this game is, again, a little non-traditional, since you won’t be hunting many griphons in real life.

Experience the relaxation of fishing from your own home thanks to the PSVR system. Select your rod and fishing location, and reel in your catch when they bite.

This home console port of the beloved arcade game is a great way to get your hunt on in the living room. Even better, it is compatible with the MARS light gun system, so you can play it like the real thing!

This advanced fishing adventure game has over 80 missions for you to complete, and 10 different venues to test out your skills. Work your way up the ranks and become legendary.

The Cabela hunting games are old stand-bys of the genre, and Cabela’s African Adventure is one of the most exotic entries in the series. Explore the Sahara and take down a cariety of different african animal species. 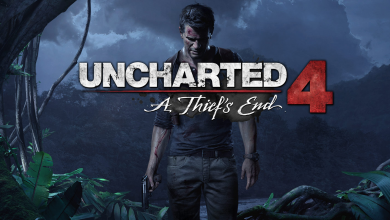 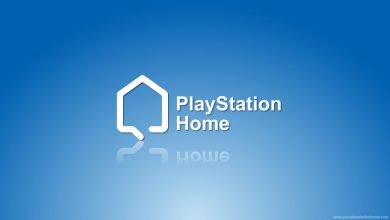 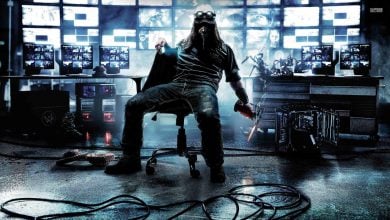