Citizens of Earth for the Playstation 4 lays like a game fitted for the 16-bit Super Nintendo system, having been developed with this retro feel in mind by independent developer Eden Industries. Players who remember playing the old-school RPGs on SNES like the early Final Fantasy games will recognize some of the same gameplay features in Citizens of Earth. More specifically, the game heavily borrows from the RPG classic Earthbound. In the game, you are the vice president of the world, and you’ve fought hard to achieve your powerful position. Now that you’re there, you see how pervasive problems are in the world, and as the leader of the game, it’s your responsibility to right the wrongs of the world. But, of course, you’re a politician, and politicians don’t typically go into battle themselves because if the leader of a government dies in battle, the whole earth is left in confusion and turmoil. Instead of going into battle, you recruit other characters throughout the game. The process of recruiting requires several challenges that, again, are reminiscent of 90s RPGs. Each of the characters you can recruit has a unique set of skills that will come in handy during the battle sequences of the game. With over 40 possible characters, you can recruit a pilot, a musician, a baker, and many others. The battle sequences are interesting and require a certain level of strategy. As VP, you call the shots when it comes to your characters, but you’re limited in that you can only take three characters with you at a time. Remember that every character has a unique set of skills, so you’ll want to think through what skills you’ll need in a battle against an enemy. The battle sequences us a counter system, which means that you’ll need to keep a close eye on your energy level in the midst of combat. Some skills drain energy faster than others, and there are some skills in the game that help you increase your energy level. You’ll want to form your teams based upon which characters have the skills you’ll need in combat against a particular enemy. And unlike some of the RPG games of the 90s, you won’t be abruptly forced into combat as you’re traveling the game world.

The graphics, although heavily updated for the PS4, are definitely reminiscent of a 90s RPG with bright and colorful images throughout. Many of the images pay homage to Earthbound. As for the sound, the music will have you feeling like you’ve gone back in time and you’re literally playing a 90s RPG with its blaring music in the background. The drawbacks to the game are really about the sometimes sluggish nature of the gameplay. You start out recruiting characters to play, and this requires completing all sorts of challenges. Some may find this whole introduction to the game to be a real distraction from the game’s primary gameplay. Players may also find that the actual gameplay and what actions they’re to take are at times unclear.

Overall, however, Citizens of Earth is a fun throwback to one of the most popular genres in gaming history at a time when it was really developing. The characters are amusing, the colors are bright, and gameplay itself is a real journey back in time. 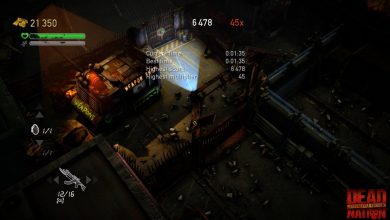