Monster Energy Supercross is a motorcycle racing game on the Playstation 4. The game features official tracks and actual athletes from the sport, much like other games of this type. The game has a special edition which includes the original game as well as a season pass. There’s a story mode and an online mode. Players are also able to customize tracks if they want to, in addition to the already included tracks.Now let’s dig a bit deeper into the game and see what it’s good points are.

One of the first things I noticed about Monster Energy Supercross is it’s motion effects. The effects are pretty realistic. When you’re moving really fast, the ground below you and your surroundings moves really fast as well. When you come off jumps, which make you slow down and float through the air for a bit, you surroundings move accordingly. This sounds like a given for any racing game, but it’s not always well done. In Monster Energy Supercross it seems there was great care taken in making sure that this aspect was done well. To some, the motion effects could also be a negative thing. For people like me who are prone to simulator or motion sickness, the realism of the blurring will probably make you sick pretty early into playing the game. Of course, that’s mostly a given for any racing game. So anybody who is used to it will probably find this not to be too much of a deterring factor. Anyone who’s not might this to be a huge fatal flaw of the game that renders it unplayable. 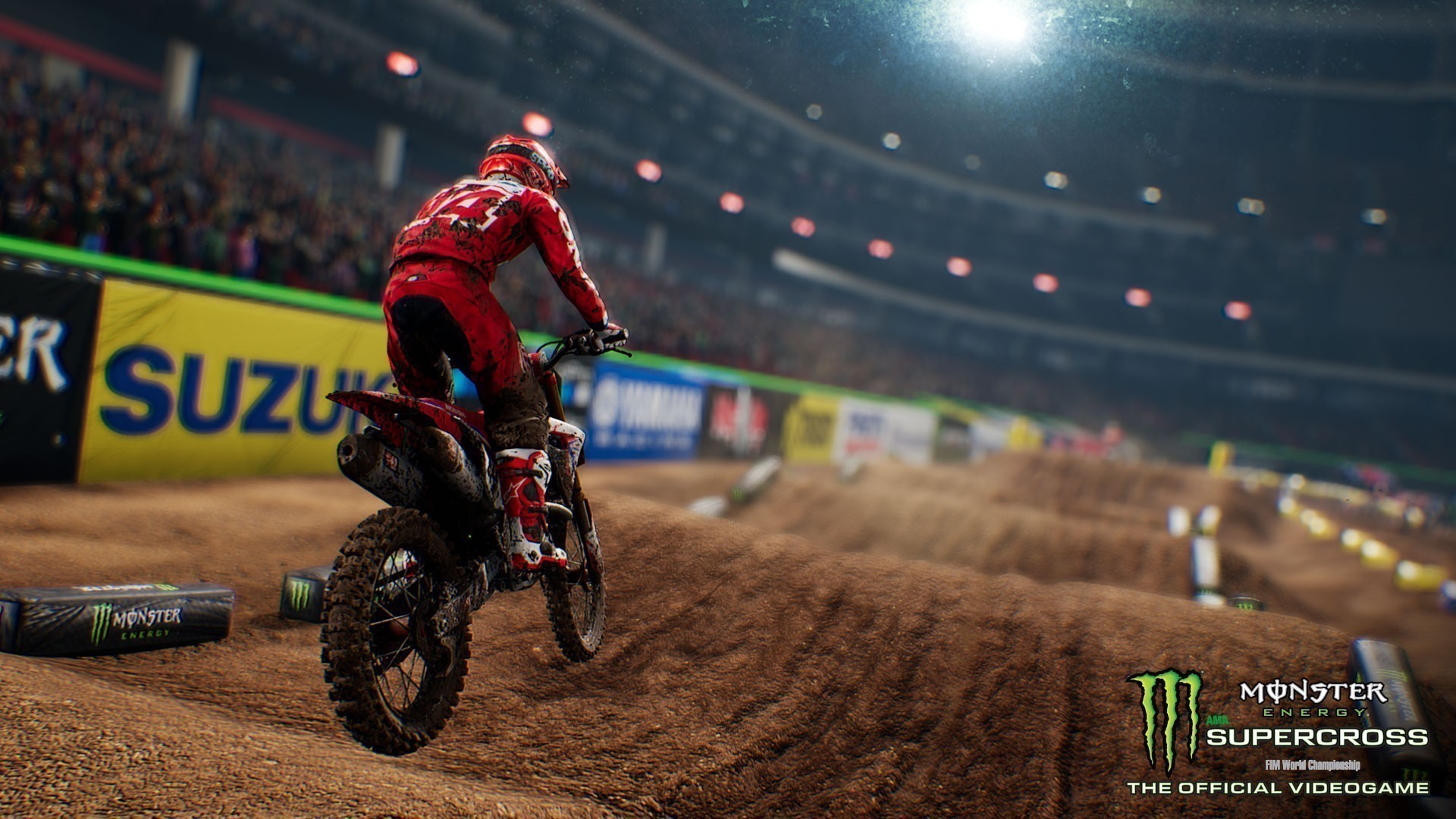 The interface of the game is pretty standard. There’s a speedometer, a map, times, and a listing of who is in what place. The interface is definitely nothing groundbreaking but it’s not game breaking either. The interface works. It isn’t clunky or distracting. More importantly, it’s not hard to figure out or full of unnecessary additions.

The voice acting in the game is pretty decent. It features just the typical sports announcer voices which is perfectly acceptable and expected for a game of this nature. The gameplay probably would have been a little better had there been commentary during the actual race. As it stands, the racing portion of the game is pretty quiet besides the revving of engines and the occasional cheering from the crowd. Commentary from the announcers probably would have made the racing portion a little bit more exciting and possibly even been used to offer interesting information of tips to the player. I don’t know if the developers were going for a more realistic, simulator type of game (because the riders in real life probably can’t hear the commentary from the track) and that’s why they left commentary out, or if it was just something they they didn’t think added anything to the game. 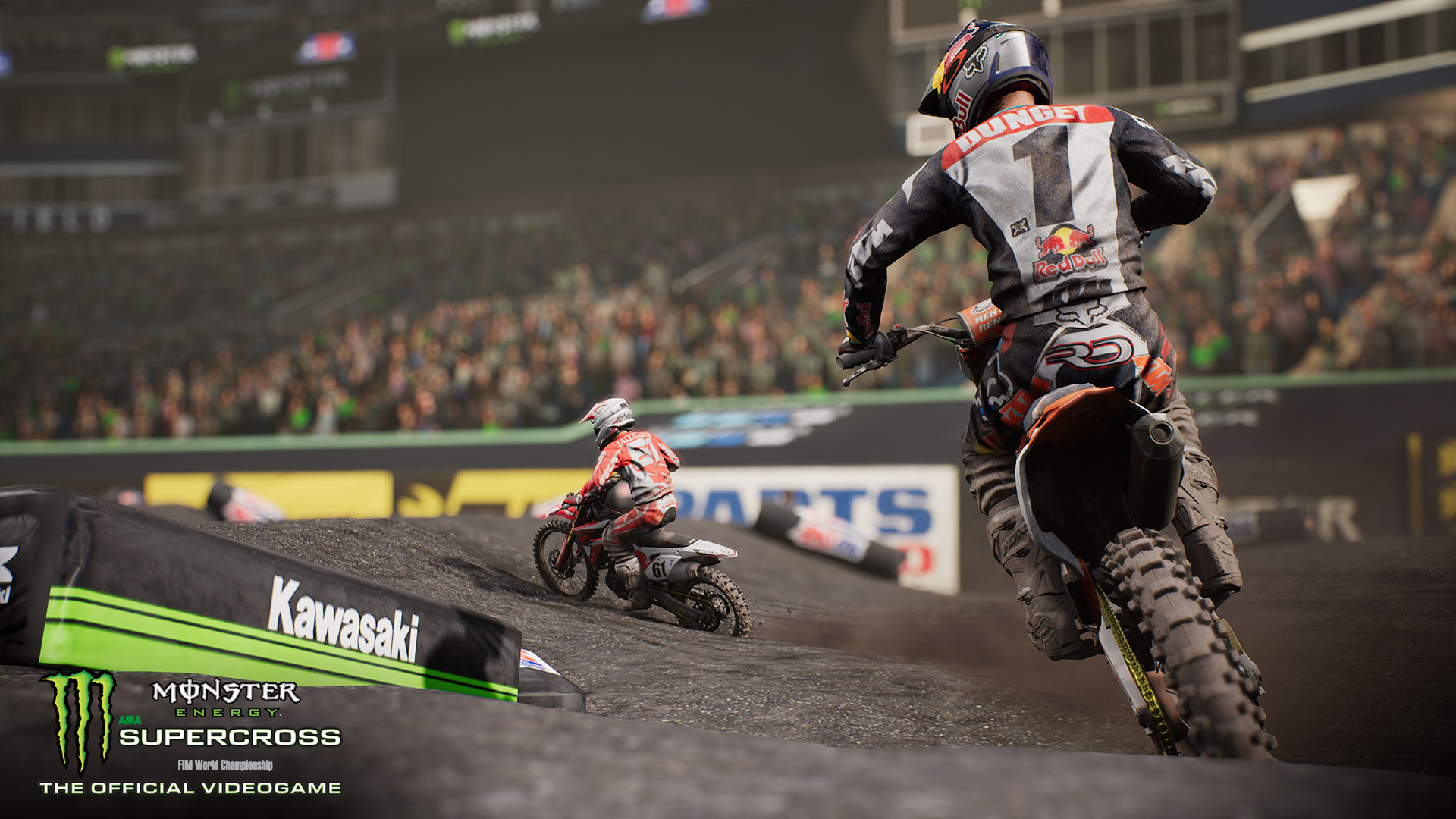 The game gets repetitive after a while. At the end of the day, the whole premise is riding a motorbike around a track over and over. Sometimes the tracks change but it is still pretty much the exact same gameplay for the duration of the game. As mentioned earlier, there’s features where you can play online or customize your own track but overall the gameplay stays the same. This is exactlywhat the game is supposed to be though. So the game is definitely what it is advertised as. 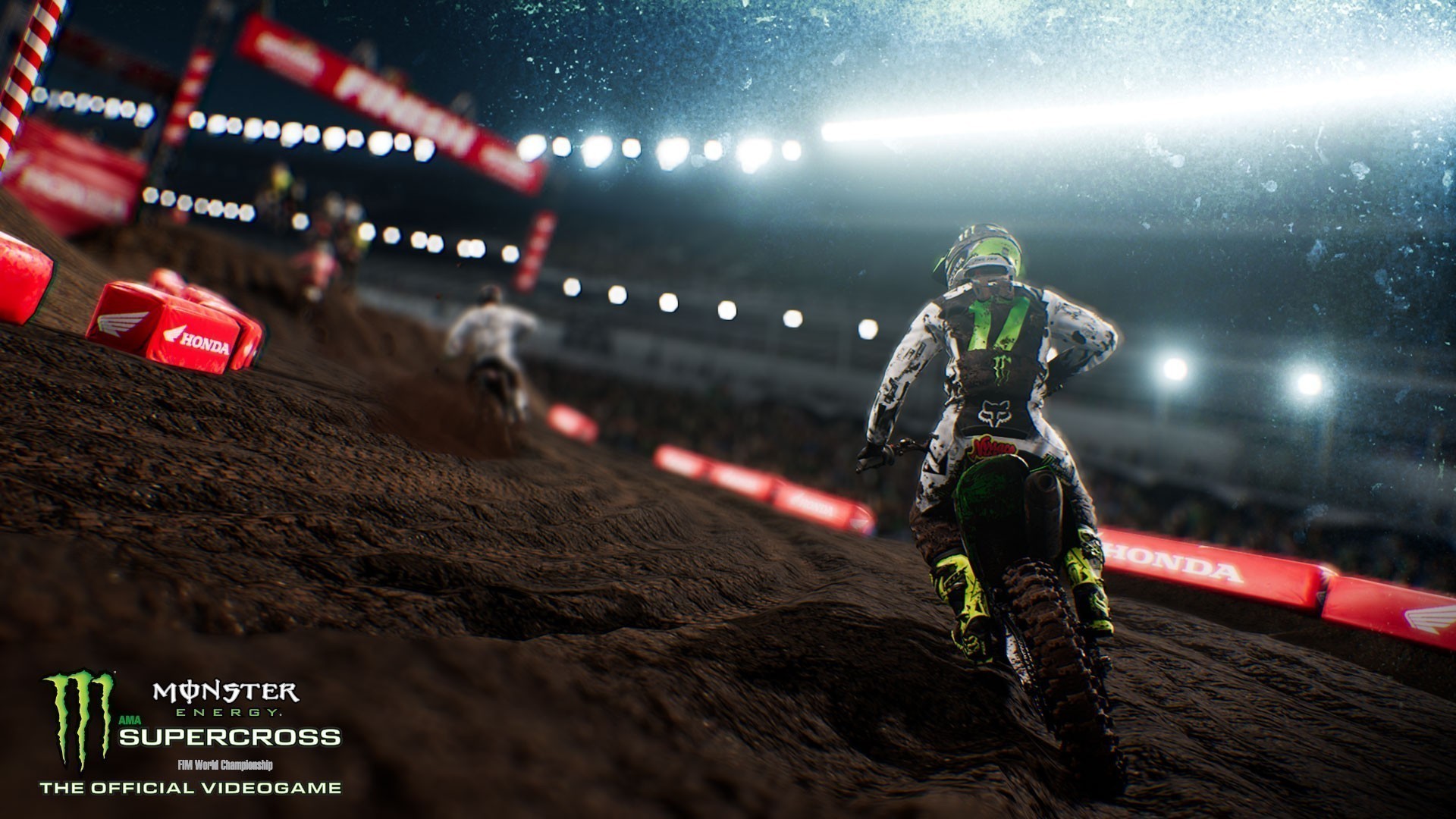 Overall, Monster Energy Supercross isn’t an objectively bad game. It delivers exactly what it is supposed to. Naturally, people who aren’t into racing, especially of motorbikes, probably won’t be interested in this game.

If you love racing games and are fond of motorbikes, don't blink twice; Monster Energy Supercross is a game that you need to own. 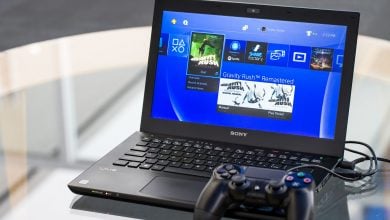 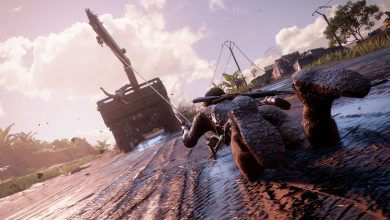 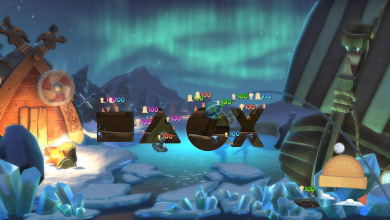