In my video gaming experience, if you have a very easily-irritated dad in the room when you’re gaming, you can learn to live with little (to no) sound when playing a game. However, Rayman Legends by Ubisoft is one exception where sound up is simply mandatory. (Sorry Dad!) 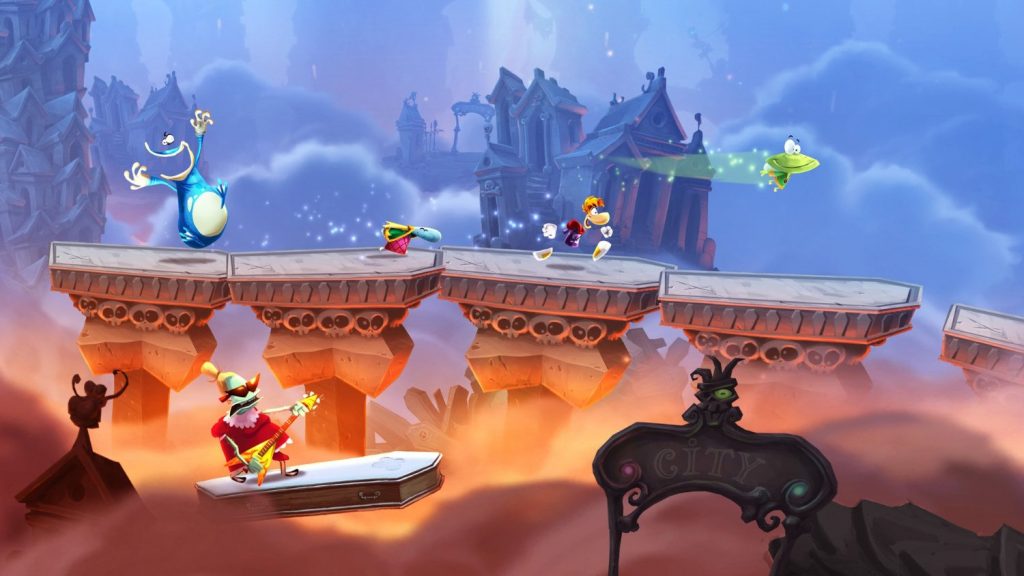 Now, you don’t necessarily need to have the volume deliberately up in this game to hear, for example, hidden things that emit sounds for clues or to forewarn of off-screen enemies. One requires the music and sound effects to be heard in order to fully immerse–and therefore fully enjoy–the gameplay experience with this whimsical platformer.

I’m sure we’re all familiar with platformers; navigate through the level and defeat enemies while collecting items that are usually representative of coins. However, the detailed music with each level, environment, and situation make the experience whole. You become not just playing a creature and moving it (through an already visually appealing world,) but rather become the adventurer in this world.

The background tracks add to the themes of the levels, for example the music reminiscent of Irish folk tunes in the first level which is green and woodsy as an Irish forest, or the Latin-style regales in the Spanish fiesta levels. The overall “bounciness” of the tracks keeps the gameplay energetic and purposeful—there are generally no repetitive lullabies to lull the senses into dragging gameplay. The tunes even seem to blend with your character’s movement throughout the levels, and these are only the background tracks!

The sound effects add sprinkles of a sense of weight to the gameplay, for example the hollow thud of upcoming enemies, powerful pops when defeating those enemies, the satisfying “Wee!” of the “Lums,” the firefly-like creatures you collect (as “coins”) throughout, and the overwhelming cheers and fireworks sounds when completed a level.

The music of the game is also a big factor (the factor) in the “rhythm-based-run” levels in which you run, (no choice as you’re being pursued,) and navigate the level’s sometimes complex obstacles aided directly in the music track playing. This style is reminiscent of the video game Bit Trip Runner and the need to hit certain jumps and dodges is similar to fulfilling the need to perform an action on the beat in any rhythm game. The six specific rhythm-based levels draw a perfect marriage of all the elements of gameplay—music, sound effects, platforming, visuals, and more.

These six special levels in particular which feature smashing covers of classic songs (and even some original scores) are: “Castle Rock,” which has a fabulously rocking cover of “Black Betty” by Ram Jam; “Orchestral Chaos,” which plays a haunting, classical piece by composer Christophe Héral;  “Mariachi Maddness” which features a powerful, kazoo-filled cover of “Eye of the Tiger” by Survivor; “Gloo-Gloo,” which has an adorable, beachy cover of a little-known song “Woo-Woo,” by the 5, 6, 7, 8’s; “Dragon Slayer,” which features an adrenalin-fueled cover of the rock classic “Antisocial” by Trust; and finally the righteous “Grannies World Tour” with music by the game’s own composers Christophe Héral and Billy Martin.

Jumps hit right on the beat, the character triumphantly flies through the air on particularly catchy strums; slides correspond with the long, fluting melodies, drum crashes match the character smashing obstacles, and the environment even intertwines the music and run by flashing lightning with cymbal clashes, leaves blowing in the breeze as a lonely, mournful guitar strum is heard, and a dragon’s fire-filled roar with a shredding guitar.

Like many other rhythm games, it’s crucial to master the jumps, dodges, and destruction of obstacles in order to send the character (and you!) on a truly awesome run with a perfect marriage of music and movement; the music helping you time your jumps and attacks. (In fact, the difficulty would be greatly increased if the rhythm didn’t help guide you through!)

One slip up and the jam gets cut short as you’re quickly and quietly sent back to the start. However, there is no better feeling, no more satisfying a feeling, than nailing the level to the totally rocking ending as you’re blasted to jam out the conclusion on varying pedestals. If you haven’t experienced the game or these levels yet, there is a YouTube video featuring the music and gameplay of the six rhythm-based-run levels found at https://youtu.be/7m5YQrucis8.

Composers Christophe Héral and Billy Martin really shine in their seriously theatrical approach to the entire game, and excel in including the “rhythm-based-run” levels that will make you want to dance. I could play those six in particular over and over again, most importantly, at full volume. (Sorry Dad!) 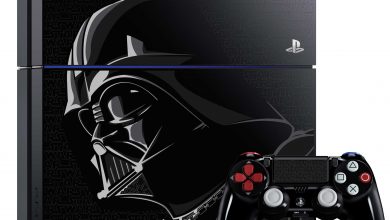 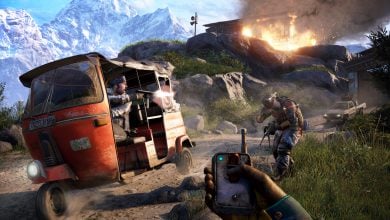