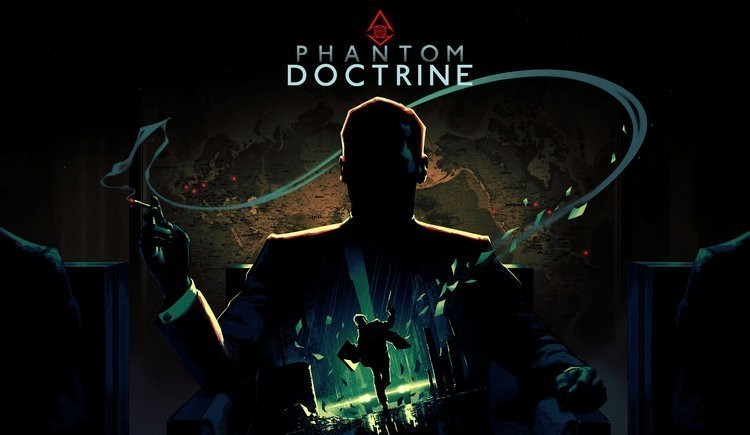 Are you looking for a tactical turn-based strategy with deep roots in espionage and a strong 80’s spy vibe? Look no further than Phantom Doctrine, a strategic spy thriller with all the management and RPG elements of XCOM 2 with a Cold War-era spin. If you’re looking for a straightforward TBS gameplay experience however, this is not the game for you. Phantom Doctrine is jam-packed with layers upon layers of management and what is essentially paper-pushing. This is a game that demands your attention and, as a newcomer to the genre, I thought all my disputes with the game were simply due to my inexperience. But the more I played it, the more my frustrations seemed justified.

The introductory cutscene, although somewhat unique in its minimal animation style, doesn’t really deliver a lot of context with regards to the story. If the gameplay is demanding your attention, the story is telling you on Friday afternoon that you’ve got a test on Monday. One that you have definitely not studied for. 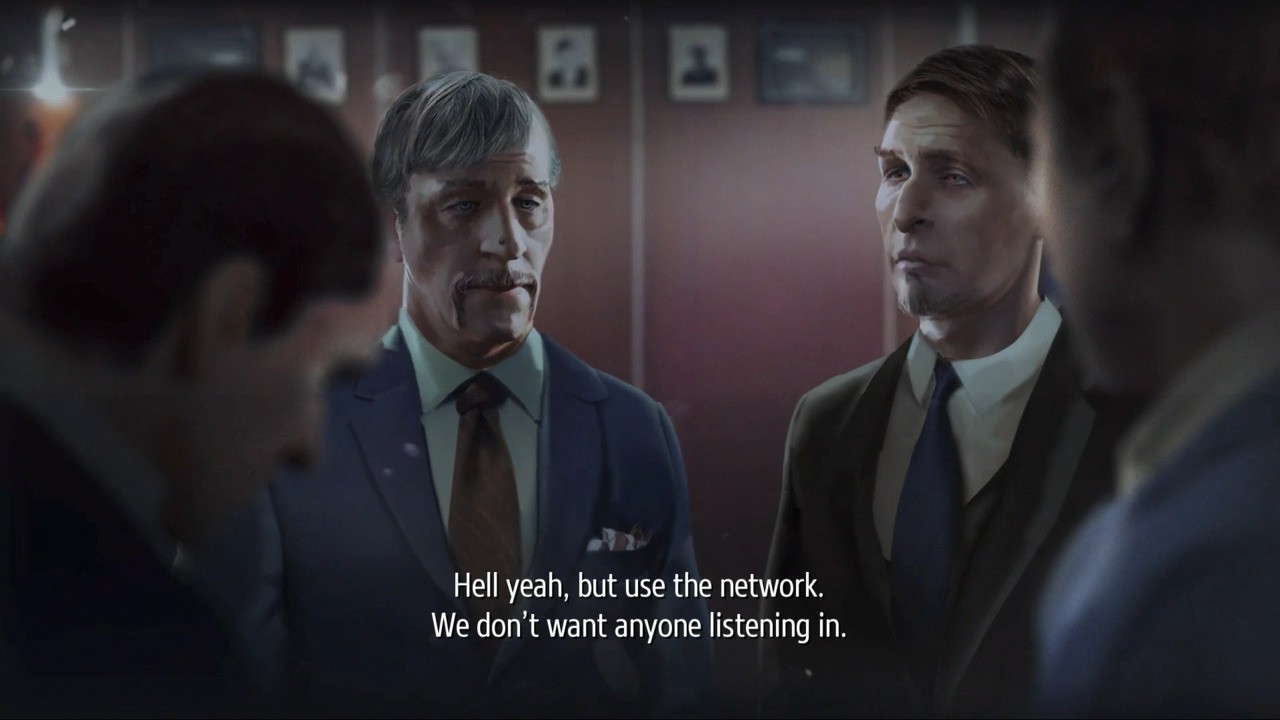 Phantom Doctrine breaks down all your spy-simulator goings-on into three parts; macro-management of your agents, unpacking and finding clues through intelligence gathering, and tactical missions.

The first two parts feel a little bit like a dissatisfying appetiser for the actual tactical gameplay that you came here for. The macro-management has you looking at a world map, sending various members of your spy network to different locations to investigate suspicious activity, all while having the ability to pause/un-pause in-game time. While this area of gameplay can have an effect on later missions, it involves a lot of pre-emptive striking and careful planning. None of this felt very story driven and served as more of a barrier between me and playing through an actual mission. A lot of basic functions in Phantom Doctrine seemed very unclear. For example, it was a lot trickier to figure out how to start a tactical mission than I’d like, but then again, I’m not a big in-game text reader so perhaps that’s partially my fault. 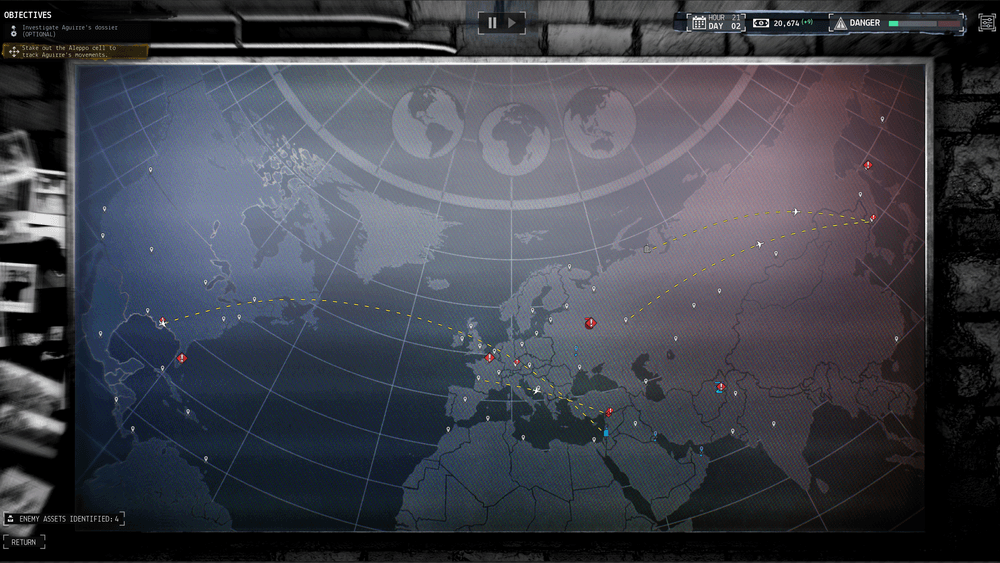 One of the bigger issues I had with Phantom Doctrine was the intelligence gathering system. It felt as though the game was trying a bit too hard to feel slick instead of contributing to any actual gameplay. It relies on the player reading through some text, picking out codenames for agents and locations, then clicking and dragging lines between corresponding pieces of paper. Again, this all felt very removed from the rest of the gameplay. I didn’t feel like I was actually uncovering any secrets or making any organic connections between pieces of intel through some unique puzzle solving. It just involves a lot of selecting, dragging, and drawing lines between various pins until the game tells you you’re right. And even then, you’re not quite sure what you’ve figured out because the game did it for you. It’s not…fun. 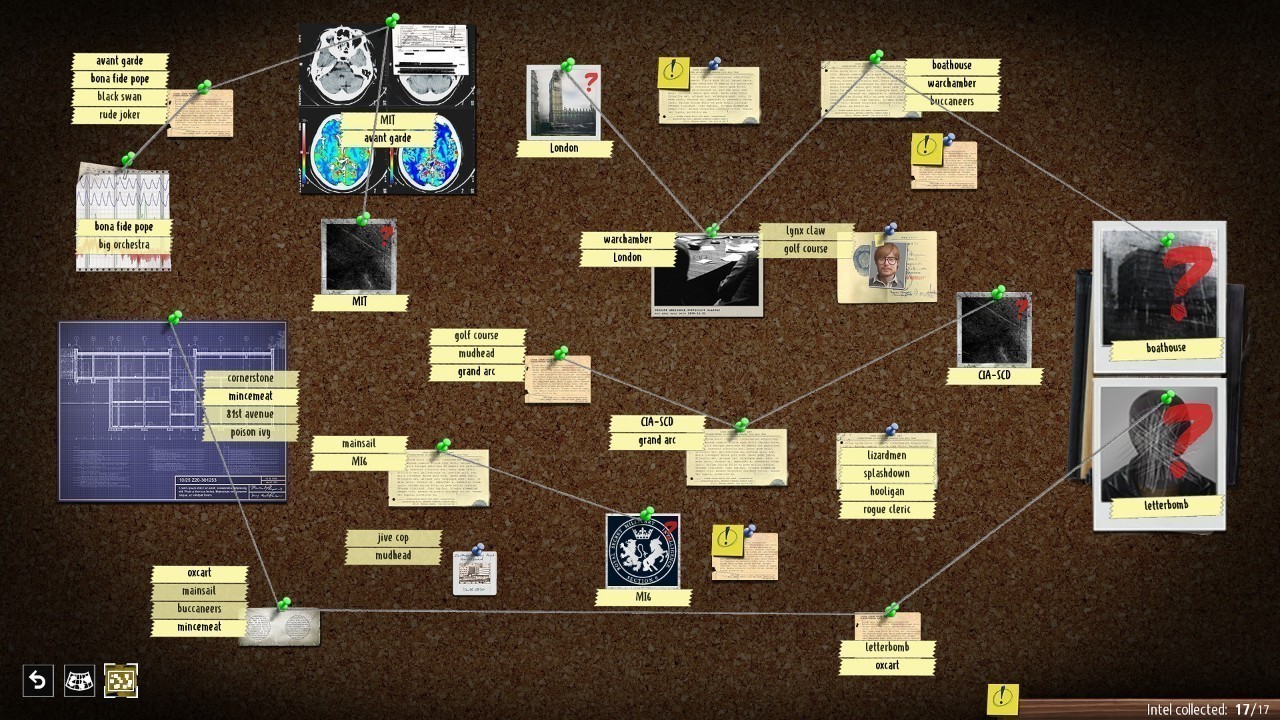 While both of these parts do work together to somewhat simulate the tension and thrill of espionage, pacing the gameplay and selling the spy vibe, a lot of the macro-managing and intel gathering felt fairly unnecessary. It didn’t feel like progress and it certainly didn’t make the plot any clearer. I never felt very invested in clicking and dragging lines between pieces of paper or watching a tiny plane reach its destination. It lacked a core motivation in the form of a story.

Then there are the actual tactical missions. This is where Phantom Doctrine picks up some brownie points as a tactical turn-based strategy game. You start with a number of core objectives and a few optional ones too. It’s clear cut, you know what you’re here for and what you’re supposed to do. The set-up is immediately recognisable; you’ve got your agents at your disposal, ready to infiltrate and willing to engage in combat if/when things get ugly (which in my case happened a lot more than it should have). Avoiding detection and suspicious behaviour, steering clear of surveillance, and executing stealthy enemy takedowns all feels very smooth and definitively like progress. 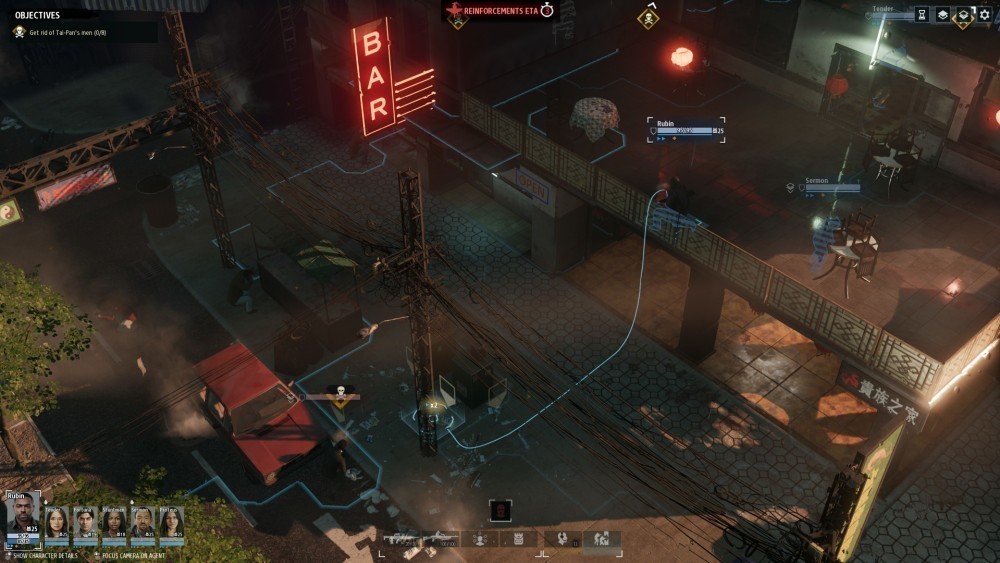 Then there are the various abilities that your agents can employ from setting up overwatches to cover a larger area to brainwashing enemy agents to get them on your side. But even here there are discrepancies. Sometimes it wasn’t very clear why certain abilities were unavailable or why I could silently take down some enemies without raising the alarm while others were ‘off limits’ (turns out these abilities aren’t available for all your agents to use). Phantom Doctrine fails to inform you about a lot of things and left me feeling more than a little bit stupid. I must reiterate that I’ve never played a turn-based tactical strategy game before, but this still seemed like a lack of clarity on the games’ part rather than my inability to figure things out. I’m the last person to praise a game for hand-holding, but Phantom Doctrine definitely needed a little more in the way of a tutorial when it came to anything beyond basic turn-based gameplay. 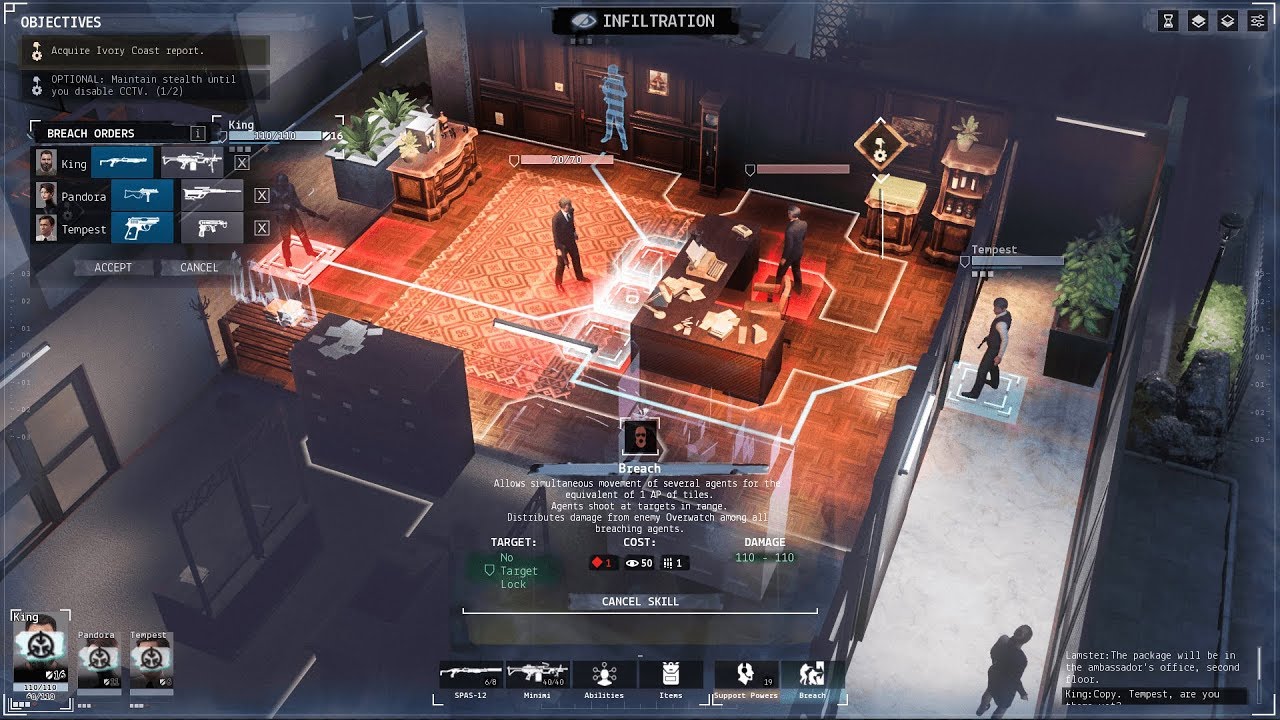 Aside from these three core parts, there’s a lot of what feels like ‘administrative’ tasks to be done from your base such as crafting items and assigning agents to do little jobs here and there. But again, none of this is explained very well and it isn’t fun. It’s just more busywork. 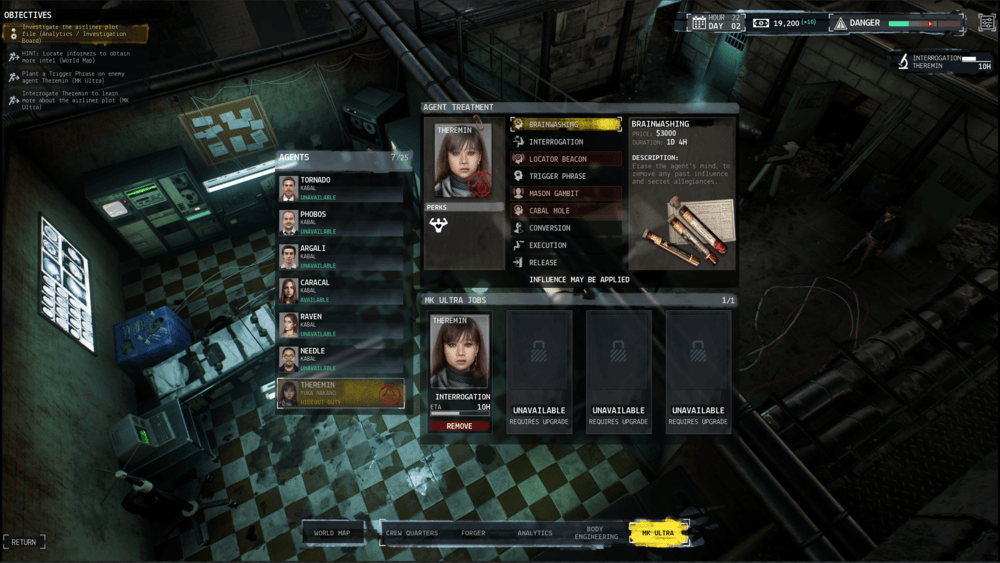 Is it an access point for newcomers to the genre? Definitively no. I started off really struggling with the game, but I persevered. After spending a little more time with it, my concerns weren’t disproved. But I’d say Phantom Doctrine has given me a backbone of appreciation for other games in its genre. With my interest first being piqued by games like the ever-popular XCOM and Nintendo’s sugar-coated Mario + Rabbids Kingdom Battle, I’ve wanted to get into turn-based strategy for a while now. Phantom Doctrine definitely threw me in at the deep end and while I’m no Olympic swimmer, figuring out how to doggy-paddle to the end of a level still felt like an achievement and I did feel exceptionally clever whenever I successfully completed a particularly tricky mission. 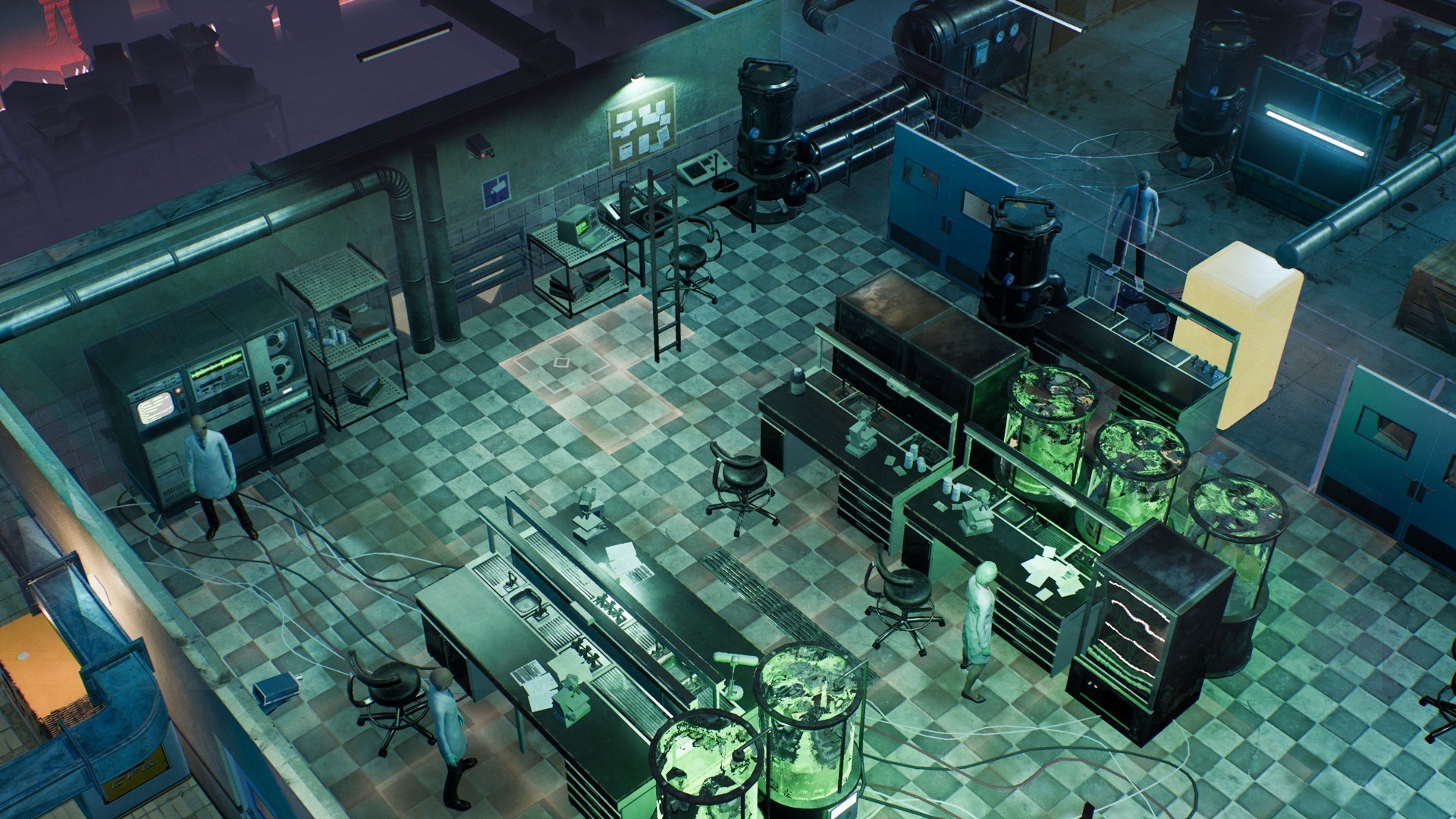 There’s no doubt I absolutely suck at Phantom Doctrine, but it has been an eye-opener. Especially since you can’t take your eyes off it for a second lest you miss something important. If you love turn-based strategy and gameplay that involves some serious thinking and planning, maybe Phantom Doctrine is the game for you.