Gaming consoles, by their very design, are meant to be fairly standardized, basically the same wherever you find them.  Visit our accessories page to get detailed information about the latest PS4 accessories. Obviously, this allows developers to ensure that when you load up that awesome new title that it will behave rationally and end up providing you with a stable gameplay experience.

You might also find this interesting: The Best Steering Wheels for PS4 Gamers

Of course, this doesn’t mean that you can’t jazz things up a bit, as they say, but it will require you to invest in some interesting accessories perhaps.  If this is the situation you find yourself in, consider the following… 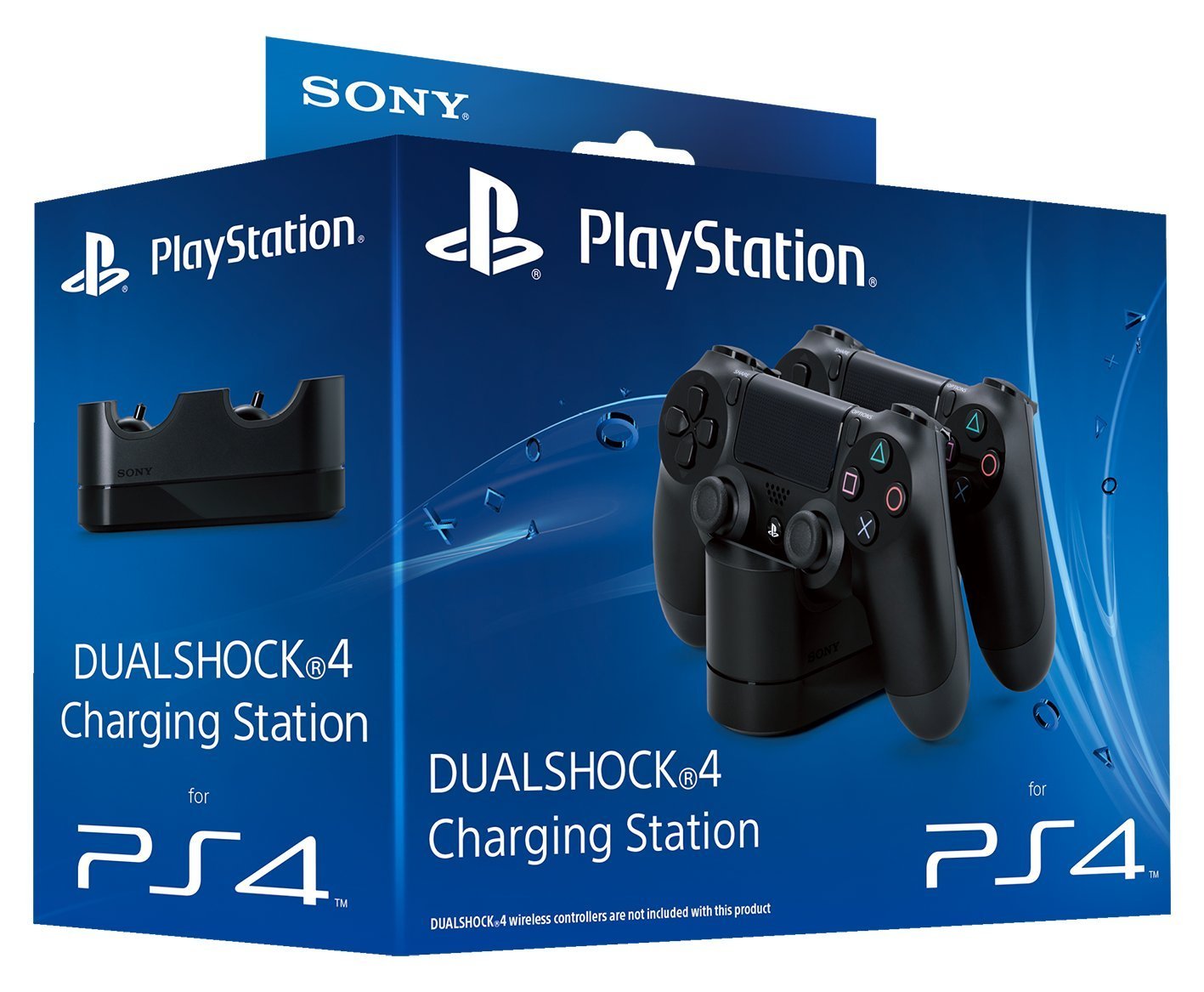 One of the things people often forget about, especially if they’re in a state of absolute gaming bliss, is the power / energy level left in their controller(s).  Ever since the 7th generation of consoles popularized wireless models we’ve been unexpectedly running out of juice and having to plug them back in to charge, usually at inopportune times.  No need to worry about that if you have a POWER A DualShock 4 Controller Charging Station though, as you can simply stick them on it when you power off your console.  Moreover, if you always have an extra on the cradle, you’ll never run out of juice.  (It also doubles as an excellent display stand too, even if you’re not using its power supply functions.) 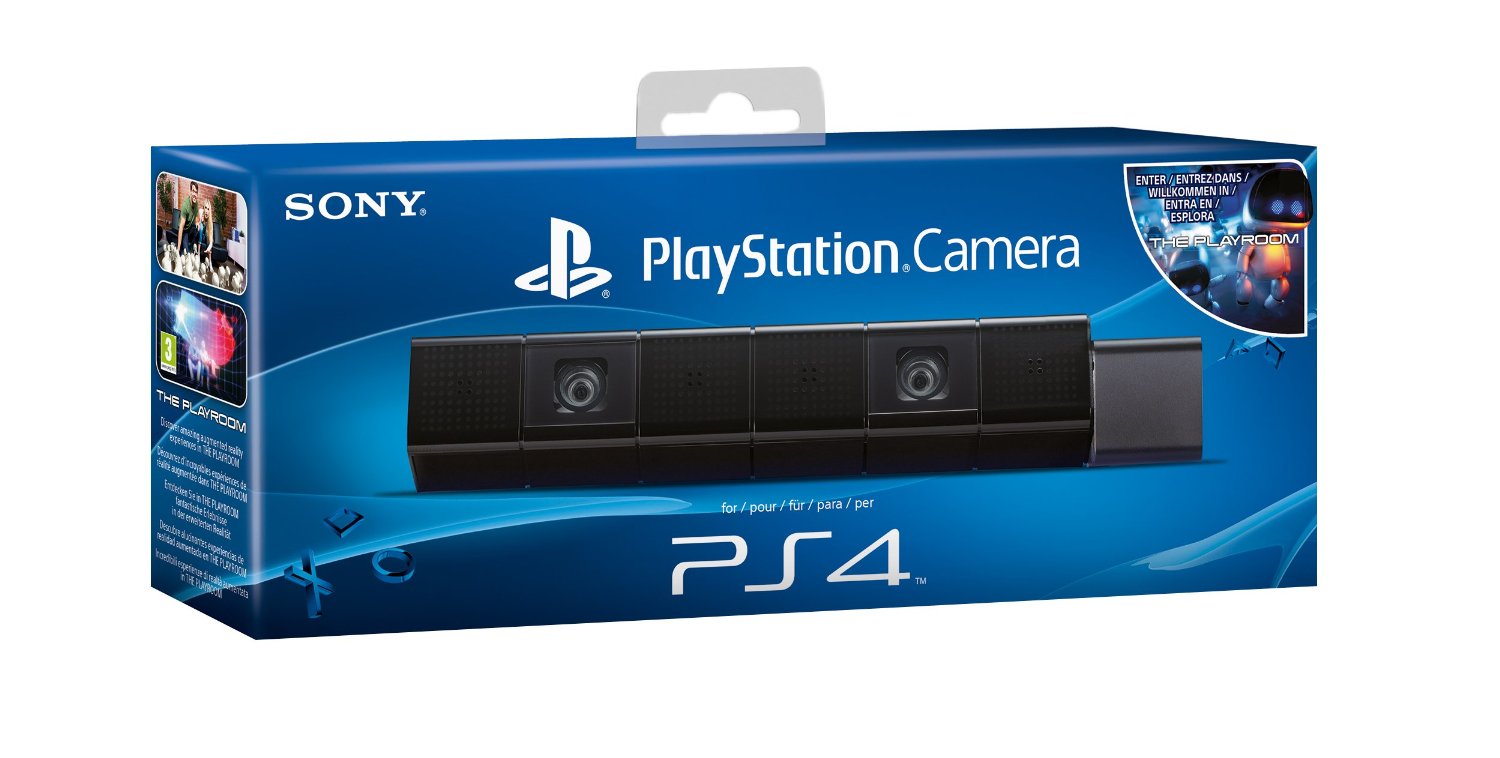 Sure, it might not seem to be that useful right now, but give it time; Sony’s new camera system for the PS4 is light years better than the one developed for the PS3.  Aside from its excellent depth-sensing capabilities, lighting fast tracking, built-in microphones, as well as (count them) 2 lenses, this addition to the PS4 will bring all sorts of increased functionalities to your gameplay experiences.  Moreover, since its 3D tracking is so amazing, one can expect it to be utilized much more thoroughly by developers in the coming months and years.  Currently, it remains an excellent tool for those who love to broadcast their gameplay via an integrated service like Twitch (or just for interfacing with friends and acquaintances). 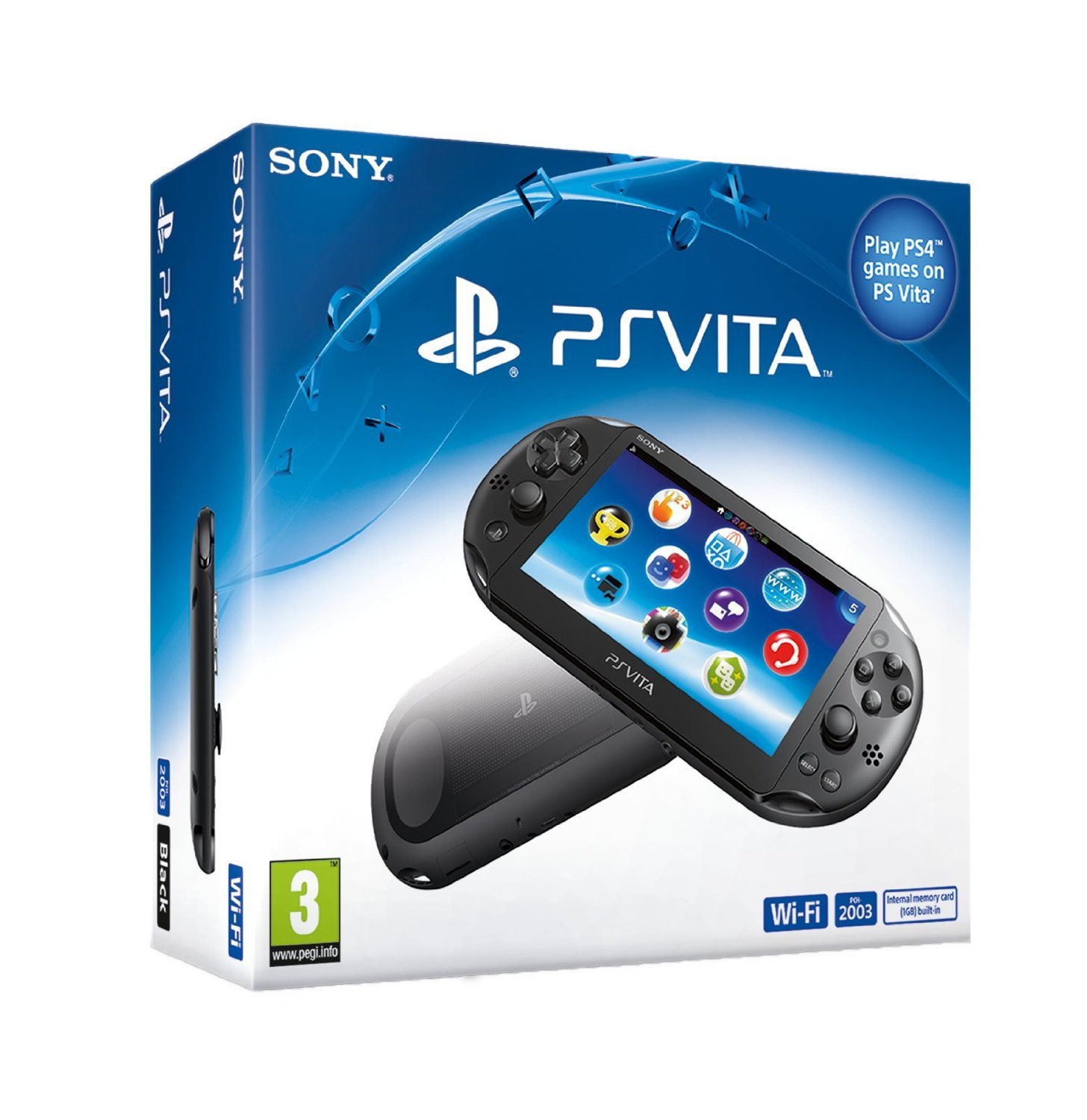 Yeah, ok, the Vita isn’t really an “accessory” so much as it is a complete console unto itself, but with all the cross-compatibility talk and a number of titles using (or planning to use) the Vita as a second screen, it’s easy to see why many will likely come to see it as a sort of interactive accessory in the near future. 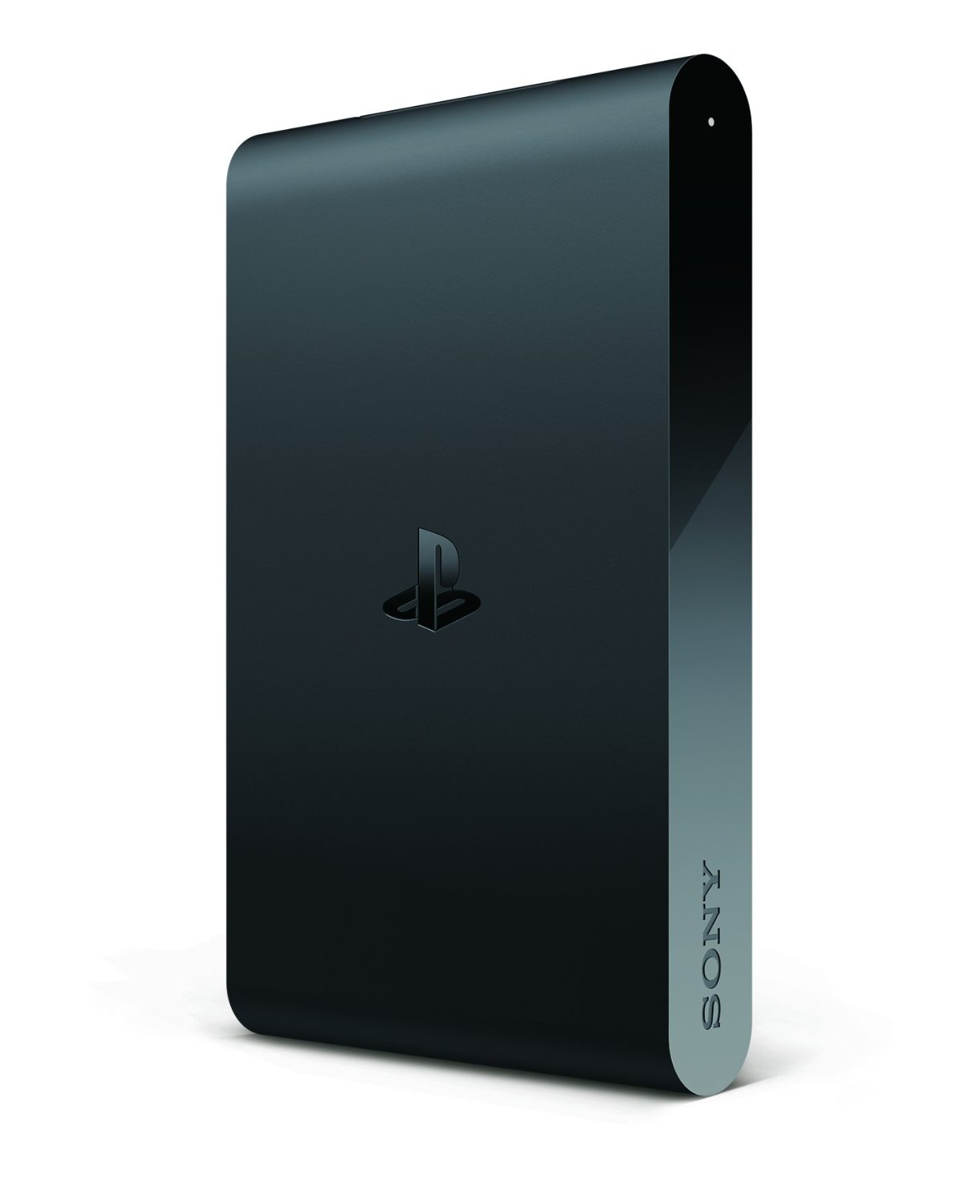 While we’re still waiting on the PlayStation TV to drop in the west, here’s what you need to know about it:  For all intents and purposes it is a screenless Vita which can accept a DualShock 3 controller and connect to a television via HDMI. What does it do?  It streams and plays content, of course.  Naturally, this is the unit that Sony hopes to use as a portal for allowing gamers access to their vast back catalog of games, among other things.  Moreover, there are apparently plans to add in streaming support for the PS3’s library.  Since they’ve already been pricing this unit at $100 and it will in fact be able to support cross-play functions with the PS4 (even acting as a portal to add a remote second screen), it’s safe to say that it (when finally available) it will become one of the most highly sought-after PS4 accessories out there. 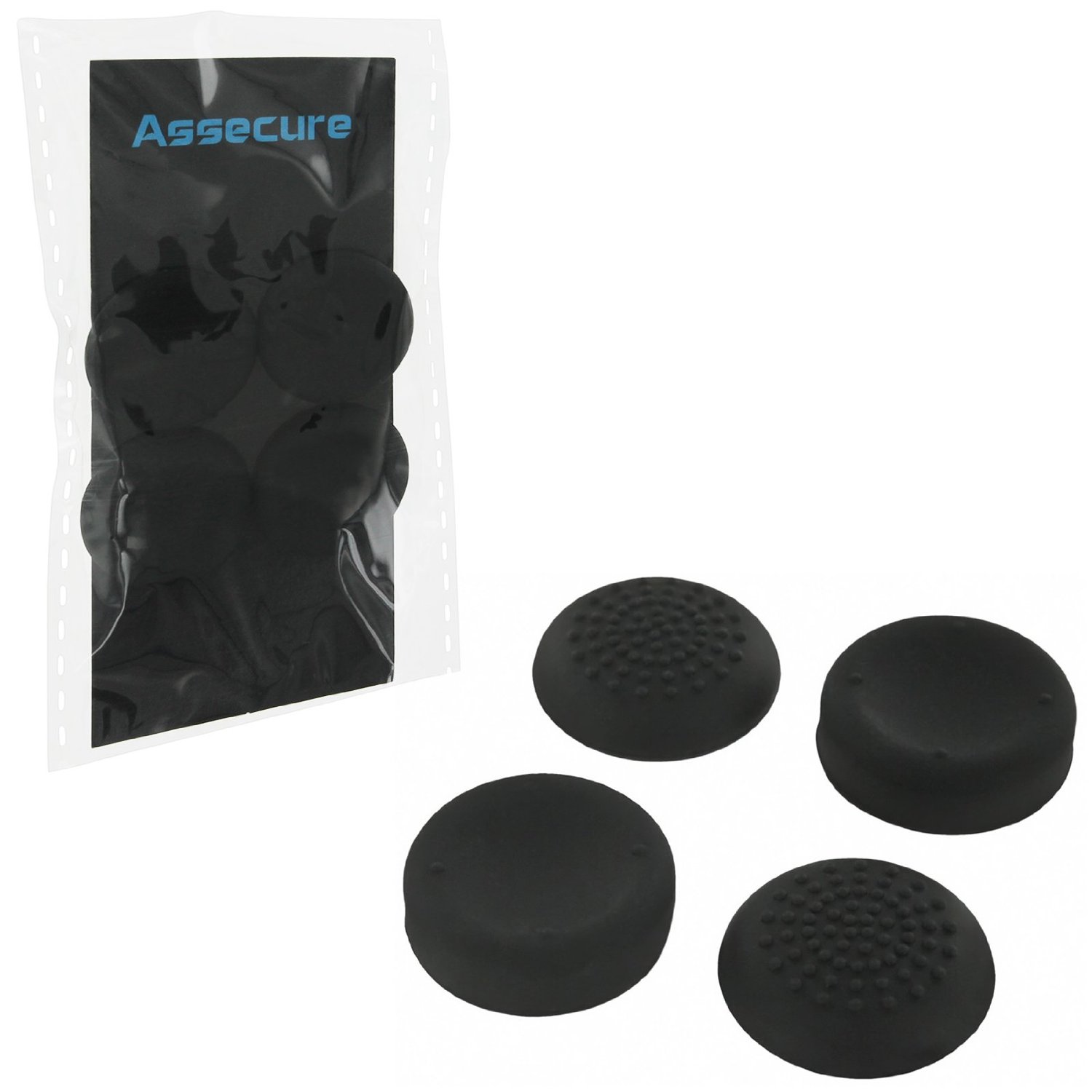 Even though Sony went to great lengths to design the DualShock 4 controller to be self-contained and altogether more comfortable than its predecessors, some might feel it important to further modify its sticks in order to facilitate better control.  Here are 2 examples to take note of: 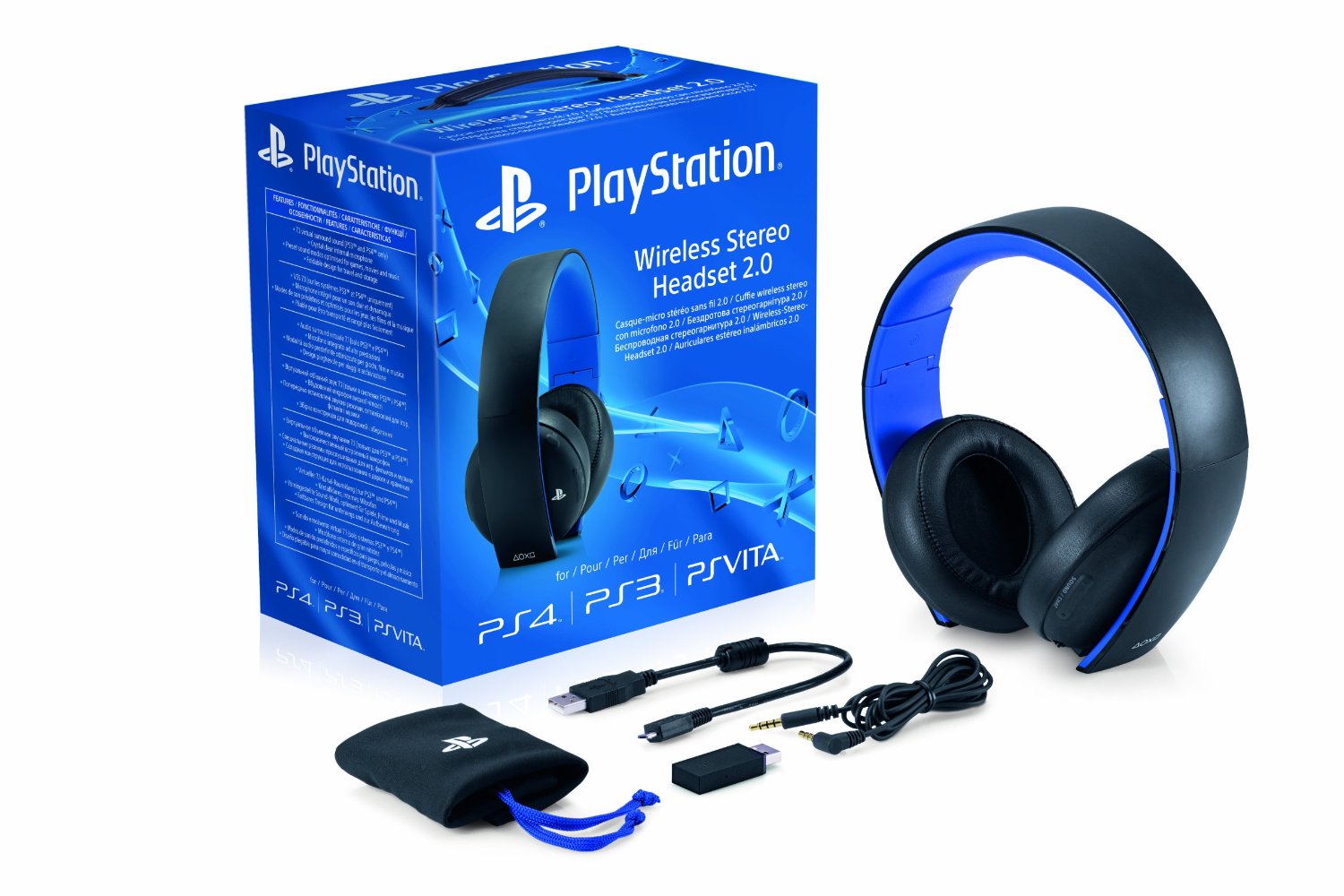 Obviously there are loads of options when it comes to headsets out there, particularly when we’re talking about one for an emergent console like the PlayStation 4.  However, why go with an aftermarket / non-OEM company when you can have an actual piece of equipment designed by Sony itself?  The Gold Wireless Stereo Headset is designed to connect wirelessly to a variety of devices, including all Sony consoles, most notably the PS4.  It’s stylish, comfortable and even comes with a handy companion app which allows you to further tweak settings for specific games. 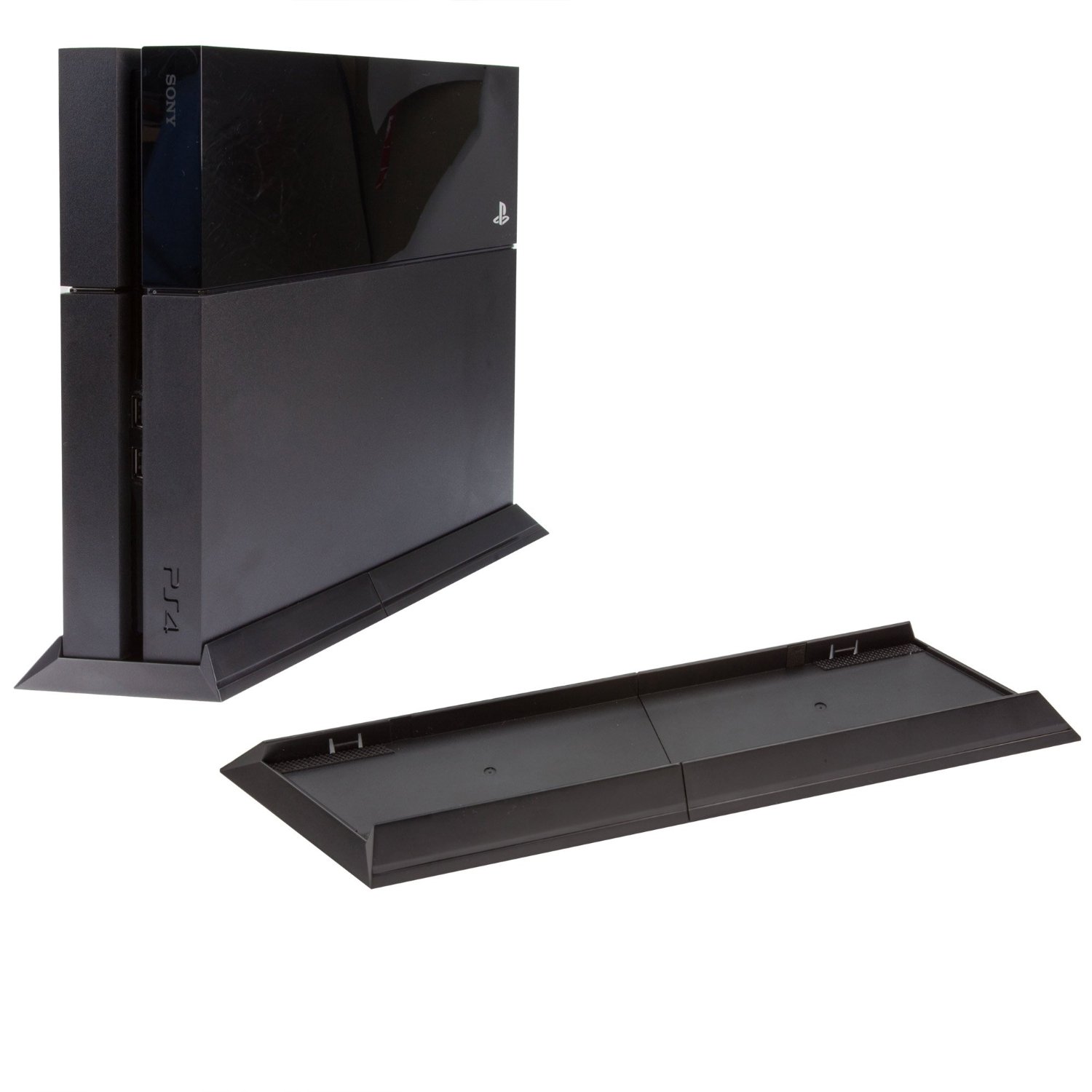 Maybe you’ve just gotten used to being able to stick your console into an upright position, perhaps because that’s what you did with the PS3?   Whatever the reason, the LETECK PS4 Console Vertical Stand allows you to safely prop up your PlayStation 4 in mere seconds, thus freeing up additional space on your entertainment center for other things (perhaps more accessories?).

An extra DualShock 4 controller or two 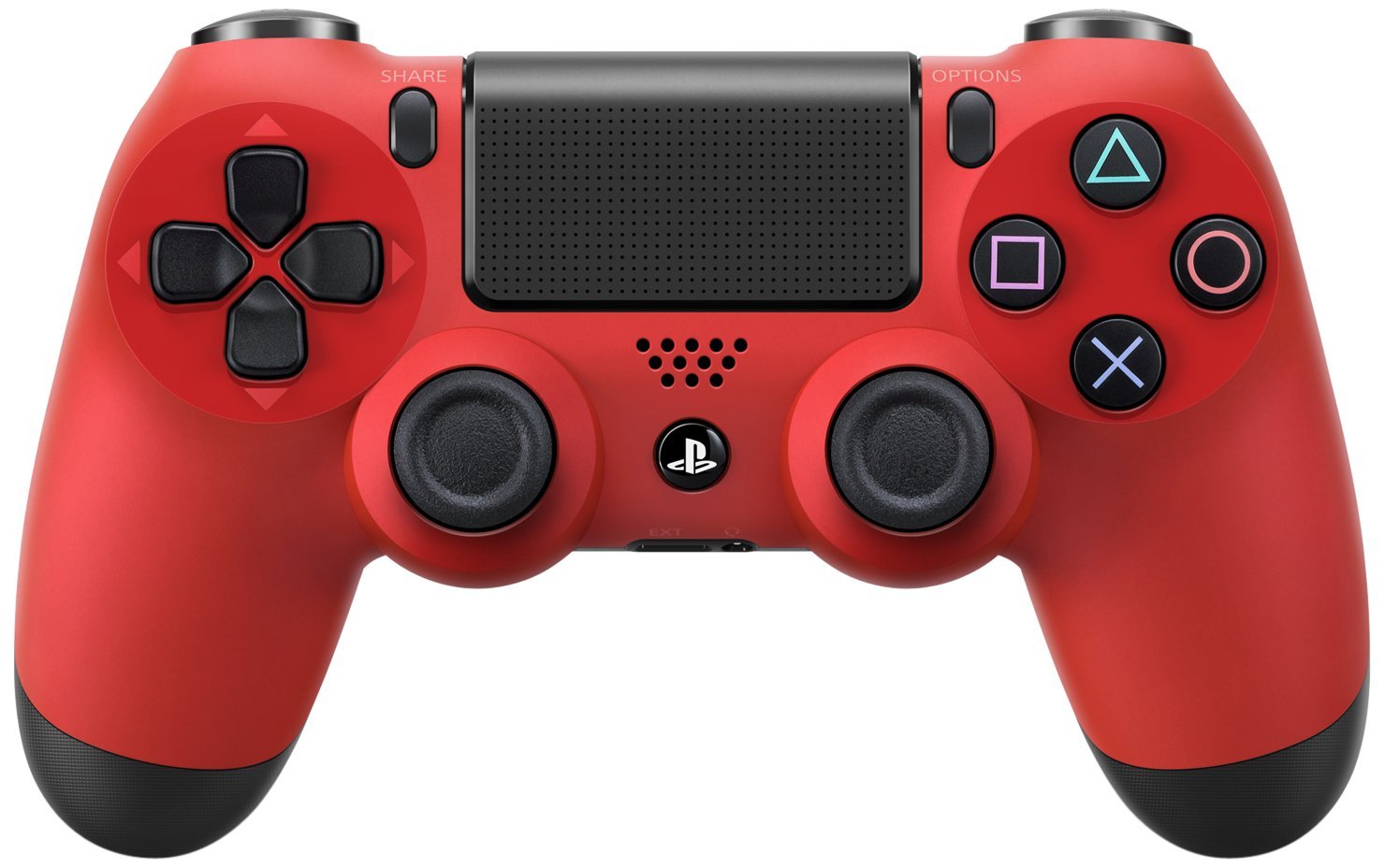 Don’t kid yourself; you’re going to need more than one or two DS4 controllers to use with your console, particularly if you’re a very active / social gamer.  Aside from being prepared, should the worst happen and you destroy a controller, there’s also the issue of having one on hand that’s always charging and/or additional units to offer visiting friends. Why not choose a different color too? Magma red and Wave blue are currently the two other colors available from the traditional black. 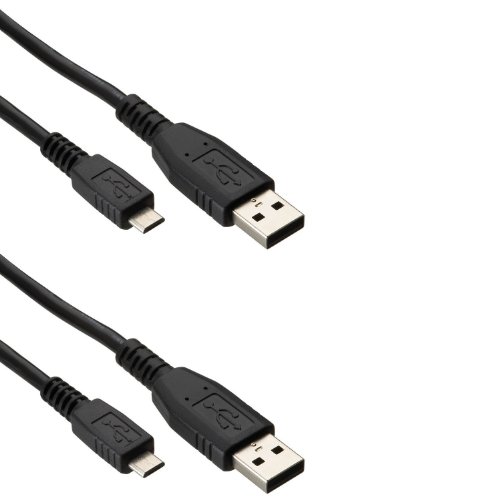 Don’t forget about picking up a quality charging cable either.  As we live in an increasingly digitized world, where nearly everything can be accessed and/or charged via USB, it helps to have the right cord(s) on hand at all times.  Whether you’re using it to recharge your wireless controller(s) or to connect any other types of devices which can accept a micro USB connection, the Axis 10-Feet Charging Cable is a great buy for multiple reasons.

PS4 System Carrying Case – by RDS Industries (and others) 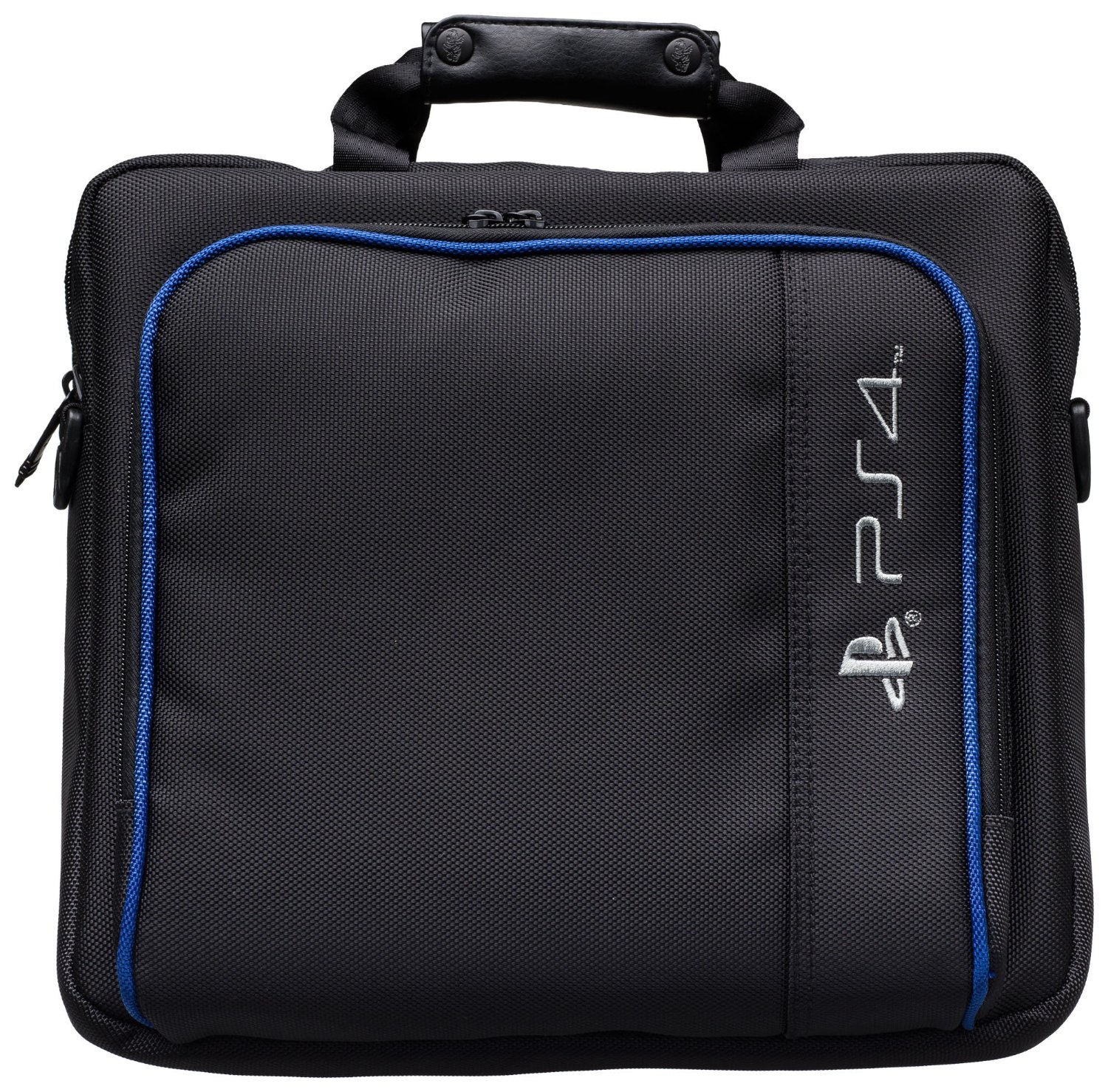 In this day and age it’s common to tote one’s console around with them, especially if you’re into throwing LAN parties and the like.  However, a lot of gamers tend to skimp or entirely avoid purchasing any type of specialized carrying case for their brand new expensive consoles.  In short, you should really consider picking up a PS4 System Carrying Case of some kind; it not only helps to protect your investment but also allows you to keep everything organized as well.

Return to the PS4 Buyers Guide.