Earlier this week, we were treated to an unfortunate surprise. According to directors Bruce Straley and Neil Druckmann, the next (possibly last) installment of the Uncharted series, Uncharted 4: A Thief’s End, was pushed back from this year to spring 2016. While this does really put us in a bind for exclusives, was have to take it on faith that Naughty Dog wouldn’t do this to one of the most beloved PS4 franchises without a valid reason. Nevertheless, we do want to take some time and speculate on what exactly made the Uncharted series so great, and what we hope is going to continue in this latest installment of Nathan Drake’s adventures.

Even back with Uncharted 2 in 2009, we saw the series blur the line between a summer blockbuster and a video game (in what was arguably a better treasure hunter movie than Sahara). We got full-body capture, we got over an hour’s woth of cutscenes, and we got visually stunning locations for everything to take place in, as Uncharted 2 showed the world exactly what the PS3 was capable of. If Naughty Dog wants to continue that trend (and their track record tells us they do; Uncharted 2 pushed the PS3 to its limits back in 2009, and Uncharted 3 did the same thing more efficiently), then moving Nathan Drake to new and exciting locations is going to look and sound better than ever before; since the PS4 has a new AMD Next Gen graphics processor and 7.1 Dolby sound, the crew at Naughty Dog has a lot to play with. With The Order: 1886, we saw what was possible for the PS4’s graphics, and with The Last of Us, we saw that Naughty Dog knows how to use them. They’ve never been slouches on making visually impressive games, and we shouldn’t expect them to start now; in all likilihood, they’re still exploring exactly what the PS4 can do, so they can push Uncharted 4 as far as possible. 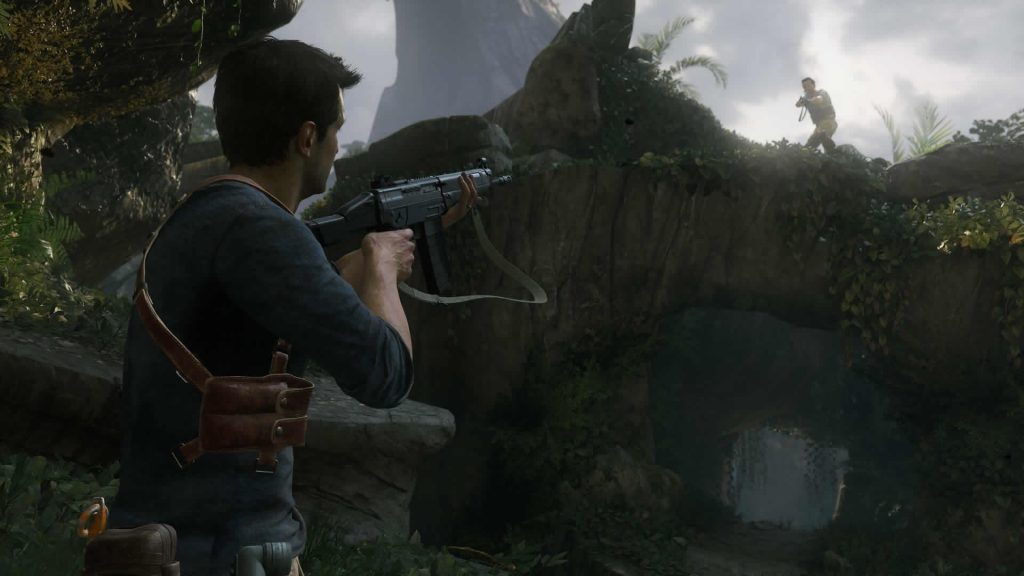 Of course, good graphics don’t do much for a franchise without an actual story; unlike other action games, each of our characters in Uncharted had a distinct personality and style. Nathan Drake was designed to be believeable, and his voice actor Nolan North was given a lot of freedom to make him as distinctive as possible. What we got was an everyman in an increasingly complex world, and he still seems relatable regardless; arguably, it’s the fact that he, like us, is overwhelmed by everything that makes him a better character. The way Uncharted 4 is set up, it seems like we’re going to be getting a much more personal insight into Nathan as a person with this installment. Looking at the announcement trailer, we see that Nathan has retired from treasure hunting, yet for personal reasons, decides to get right back in; already, this is a much different premise than Drake’s Fortune (Looking for El Dorado), Among Theives (Marco Polo’s Treasure Fleet), and Drake’s Deception (Iram of the Pillars) because it’s actually a personal stake. Again, Naughty Dog wouldn’t put anything less than its best on PS3‘s unofficial mascot character, so it’s safe to say that they’re trying to make sure the story is up par as well.

A good story and good graphics are only part of what makes a game great, and Uncharted has historically had good gameplay. Combining the freerunning of Assassin’s Creed with easy to control gunplay and a decent variety of weapons has given the Uncharted series a distinct feel, as well as a decent amout of control over how you want to play your adventures. Even since Uncharted 2, you’ve had the option to sneak around or go loud from the get-go, you can set up the best places to attack, or simply avoid some battles altogether by taking out all of your enemies quietly. Unlike stealth based games like Hitman and Metal Gear Solid, however, you’re not absolutely required or even penalized for failing to be quiet all the time; this way, stealth action players and normal action players could both find some common ground with Nathan Drake’s story. 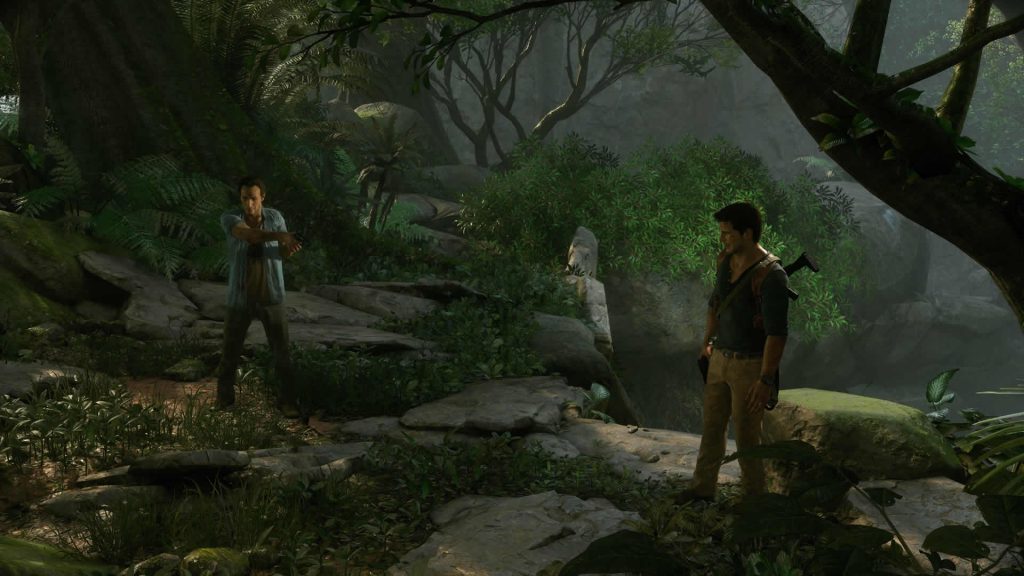 But what does this mean for Uncharted 4? Like the graphics, it means that the stakes have been raised if Naughty Dog wants to build on Uncharted’s success. In the limited gameplay trailer we saw for Uncharted 4, we can already see that Naughty Dog has been paying attention to games like the Batman Arkham series as well as Assassin’s Creed; at around the nine minute mark of IGN’s gameplay trailer, we see that Nathan is finally using some gadgets, throwing a rope to set up a takedown in the middle of a firefight. This is an interesting turn to take, and there are good things and bad things that can come with it; on one hand, having a few new gadgets can keep the gameplay fresh, while too many gadgets or fundamentally overpowered ones (like the Electrocutioner’s Gloves in Batman: Arkham Origins or the ability to fly in Saint’s Row 4) can make all of Uncharted’s distinctive combat much less enjoyable. This may be one of the few cases where Naughty Dog needs to do less with something, rather than more, and while it may be a fairly conservative approach, loading Nathan Drake down with too many gadgets like a wise-cracking Batman would go against everything that the Uncharted series has already accomplished.

While we can’t be sure exactly why Uncharted 4′s release was pushed back, we can trust that Naughty Dog knows what they’re doing; after all, their track record on the Uncharted series has earned them at least that much. Read the Uncharted 4: A Thief’s End Preview for more information about what we can expect from this awesome upcoming title. 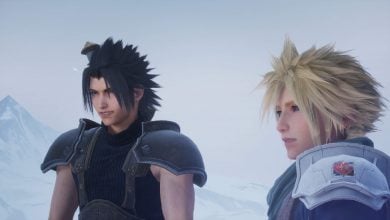