GTA VI is a mythical creature we’ve been talking about since the release of Grand Theft Auto V in 2013. The rumor mills have been spewing out possibilities into hyperspace fuelled by Rockstar, the game designers, and other rumor mongers just for the sheer hell of it.

What could GTA VI look like? We round up the rumors and add our digital self care routine wishlist for the next Grand Theft Auto.

GTA is a third-person action-adventure set in a fictional representation of modern-day Earth. GTA games have always been at the cutting edge of video game technology and graphical capability. From their pretty humble beginnings to recent powerhouse titles such as GTA V, which redefined open-world design and technical abilities on consoles (and was pretty special for PC gamers too).

Here’s what we want….

A diverse range of stunningly detailed cities that feel alive. A bigger map size than previous titles; more weapons, cars, and activities; enhanced character interactions outside missions; more running/biking/swimming. Way more planes and other aircraft and finally enhanced vehicle interactions (including offroad) – are we asking for too much?

GTA VI should be simultaneously familiar yet fresh compared to past iterations – we’re excited to see what Rockstar Games come up with next.

If we get all these things, we still have to ask, will GTA VI be enough to switch players to PS5?

GTA VI is not a thing

Even though there hasn’t been any grand reveal, GTA VI, we’d be astonished if it isn’t in the pipeline. After all, GTA V, along with GTA online, its multiplayer component, is one of the most played and most purchased games of all time, so a sequel has to be a foregone conclusion – or you would think!

The development timing means expecting the game to be a PS5 and Xbox Series X title is a foregone conclusion. The release of a remastered GTA for PS5 in March 2020 suggests we could see that Sixth version soon – or perhaps even before then?

The most recent rumor comes from a Rockstar job posting, suggesting that GTA VI will have tremendous detail and “large-scale damage.” That might be a significant improvement above what you can get now in GTA V and GTA Online.

What is the connection between PS5 and GTA VI? Rockstar releases all the titles to all platforms. Is there a special connection? Let’s look at the history of GTA and also the backstory of the Sony PlayStation 5.

The PlayStation series has always been a leader in gaming console innovation, but it started with its release on December 3rd, 1994. The Sony PlayStation 5 was created as an evolutionary step from previous versions released only for home consoles.

In addition to reintroducing many features from previous versions, such as increased memory capacity and better graphics capabilities, it also introduced two innovations: 3D graphics processing unit (GPU) power and CD-ROM digital audio capabilities. It brought 2D games into the third dimension, and with it came the ability for game designers to create more visually immersive gaming experiences.

The PS-X was not the first game console to use CD technology. Still, it brought high capacity, highly reliable discs, and a new FMV (full motion video) technology that allowed games to take full advantage of their storage capabilities.

The Sony PlayStation’s impact on gaming history is evident in the series’ continued success over almost three decades since its release. As for PlayStation’s place in the future, it has already been announced that there is a new, NEW version coming out soon. Sony will release its next console, the PS6, in 2026.

Many wonder what it means for GTA VI to be released on PS5 and if Rockstar Games wants to take advantage of the enhanced capabilities. The PS5 supports a high dynamic range (HDR) and more memory, allowing game designers to create even bigger worlds with greater detail.

HDR is exciting news for gamers who are eager to see virtual reality become part of the next generation gaming experience because it could utilize these enhanced capabilities. We know that GTA V was not designed specifically for Sony’s latest console, but no one has yet confirmed whether or not GTA VI will be released on the new system at all.

Some speculate that Rockstar Games may take advantage of this opportunity since they have already used other hardware platforms to release their titles in unique ways before.

RedDead Redemption II could be the reason behind the lack of GTA VI. Redemption has had a revival. RedDead Redemption II is the latest OLD game to take over as one of America’s favorite pastimes. With its success, Rockstar Games may have had second thoughts about developing another Grand Theft Auto 6 title for release in 2021

Redeemed Redemption redeemed itself from critics who felt like they were playing an unfinished version with some features left out or glitchy animations (which makes sense because this was released right after GTA 5). While there are currently no official announcements regarding any follow-up titles by RDR2 developer Rockster games, we wouldn’t count out any more patches based on how things went last time around.

No news is good news

Rockstar isn’t telling us anything, we’ve checked for hidden messages and found none, and this could be the perfect marketing ploy, teasing the gamers into a massive download when the update eventually hits.

No one knows what Rockstar has up their sleeves, but they’re keeping it close to their chests. There is a lot of speculation that Rockstar will be releasing all future titles exclusively for Sony’s new PlayStation console when it comes out, but we will have to wait till 2026.

But we won’t know anything until they want us to! Until then, sit back, relax, and enjoy playing GTA Online in stunning 1080p at 60fps with no lag thanks to NGT mods, safe from any potential ban waves. The best you can do is just wait and see! 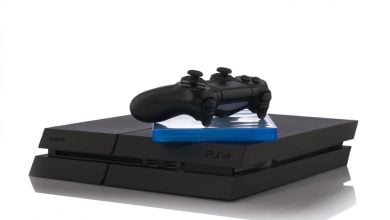 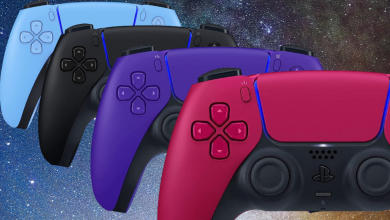 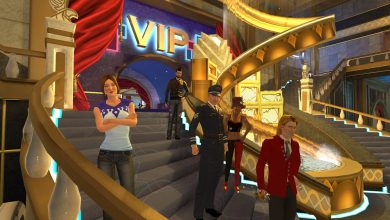