The PS4 is a wonderful little machine. Not only does it have one of the biggest and most comprehensive gaming libraries of any console ever released, but it’s also good for watching media. Your console has native apps for services like Netflix, Amazon Prime Video, and Disney+, and you can also find more niche apps like Crunchyroll and DAZN if you’re into anime or sports, for example. If you’ve got a PS4, it’s fair to say that you almost certainly won’t need any other device to watch some of the best content around.

One of the services you might want to watch on your PS4 is Paramount Plus. If you’re a big fan of any of the content that falls under the Paramount umbrella, including Comedy Central shows and any of the movies released with the Paramount banner, then you’ll probably want to pick up a subscription to this service as quickly as you can. Unfortunately, it might not be that simple, especially if you’re in the UK. Here’s how you can watch Paramount Plus on PS4 in 2022.

What is Paramount Plus?

First, let’s go over exactly what Paramount Plus is. It’s a subscription service that’s available in various places around the world, and it allows you to watch content that falls under the Paramount remit. This includes channels like Comedy Central and BET, as well as shows from Nickelodeon and movies that were produced by Paramount. As you can imagine, there’s lots of great stuff on Paramount Plus, so it’s no surprise that the subscriber count for the service is pretty high, topping out at around 56 million.

Is there a Paramount Plus PS4 app?

There is a Paramount Plus PS4 app, but it’s not currently available in the UK (along with the rest of the service – more on that in a moment). If you’re not in the UK, all you need to do is head over to the PlayStation Store and download the app for yourself. Enter your credentials once you’ve started the app up, and hey presto – you’re now watching Paramount Plus content. It really is that simple. Unfortunately, UK customers are going to struggle a little more.

Can you watch Paramount Plus in the UK?

Right now, Paramount Plus is not officially available in the UK. The company has revealed plans to bring the service to the UK at some point in the future, but as it stands, you sadly can’t access Paramount Plus officially from any device in the UK. Sadly, that includes your PS4, so if you’re looking for the Paramount Plus app on your device and you can’t find it, that would be why. As such, you’re going to have to turn to less official methods if you want to watch content from Paramount Plus.

There is a chance you can use a VPN to access Paramount Plus on your PS4, but you’re going to need to tick a lot of boxes before this is possible. First, it’s worth noting that there is no official VPN app on PS4. This means you’ll need to input your VPN details manually. Secondly, your internet router might need to support a VPN connection, although many VPN providers will send you a VPN-compatible router. Here are the steps for connecting your PS4 to a VPN via your router.

Hey presto – your router is now connected to a VPN, and therefore, so is your PS4. You can then use your web browser to access content. Be aware that the quality might dip a little, and that this is far from an ideal solution; you might find that it’s better to wait for Paramount Plus to arrive in the UK later this year.

If you don’t have a VPN-compatible router, here are our steps for setting up Smart DNS on your console, which will let you connect to the VPN directly from your console. Do make sure your VPN supports this functionality first, though.

It’s also possible to set up a VPN using your PC or laptop. If you connect your PS4 to your PC via Ethernet cable, then you can use the Network Adapter settings in your console to allow the PS4 to connect to the PC’s internet connection. You might experience a slow or choppy connection if you go down this route, though.

When is Paramount Plus coming to the UK?

At time of writing, Paramount has only confirmed that the Paramount Plus service will be making its way to the UK at some point in summer 2022. We don’t have any more specific information than that yet, so you’ll have to stay tuned for more about this. At that point, however, you should be able to download the official Paramount Plus app for your PS4. For some reason, there’s no official PS5 app yet, either, so we’ll have to wait for confirmation from Paramount as to when that’s coming. 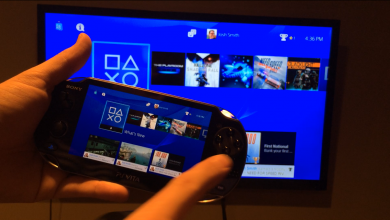 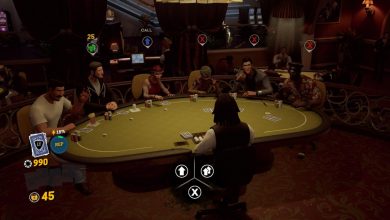 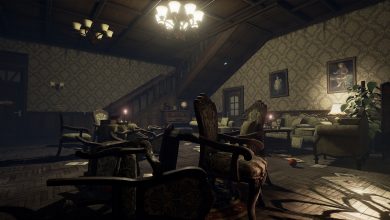