Just like with pirates and ninjas, the video game medium is an absolutely perfect place for the mafia to call home. Also just like pirates and ninjas, though, you can’t really count the number of truly good mafia games on one hand. That’s why 2K’s “Mafia 3”, slated for release in 2016, is something to get excited about. If you haven’t really heard a lot about the game, it’s because not a ton of information has been revealed yet. But nevertheless, here’s a list of 8 things you might not know about the newest title in the “Mafia” franchise. 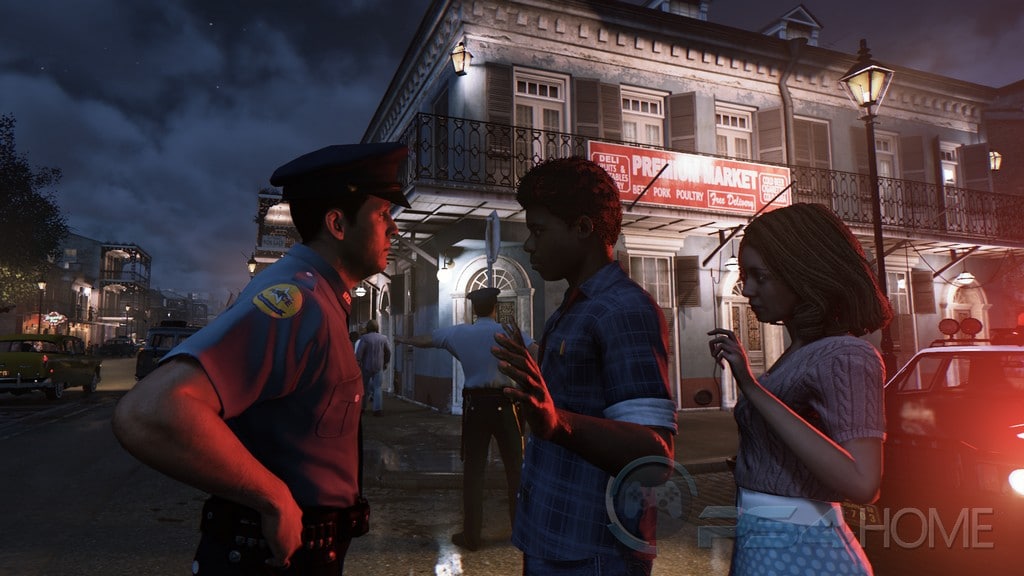 New Orleans in 1968, to be exact. That’s something new for open world games and the franchise itself, as previous iterations took place in fictional cities. The attention to detail paid to both the look and (more importantly) the feel of the city in that time period seem like a huge focus, which will hopefully show other developers that it’s okay to have an open-world shooter that doesn’t take place in a boring metropolis.

Speaking of New Orleans in the late sixties, you can’t set a game there without acknowledging what was going on during those years. The protagonist, Lincoln Clay, seems to be personally involved in two of the biggest conflicts at the time- the Vietnam War and the civil rights movement. The “Mafia” franchise is definitely known for its great story telling, and it seems like racism and a little bit of Vietnam PTSD play a part in this iteration.

The music, cars, weapons, clothing… Everything in this game has a real authentic sixties vibe to it, and just like the previous games captured the feel of the thirties, forties and fifties, history buffs will get a kick out of this throwback to the turbulent yet exciting time that was 1968. You can’t say you didn’t start bobbing your head when you heard the music that was in the trailer!

While previous “Mafia” games focused on the Italian mob as the good guys, this iteration puts you on the other side of the fence. Lincoln Clay was a member of a black organized crime gang that was brutally murdered by the Italians, so this game is about getting revenge on the “family” we’ve all known and loved.

Vito Scaletta, one of the aforementioned Italian mobsters and the protagonist of “Mafia 2” makes a return in “Mafia 3.” Luckily for fans of Vito, though, reports are saying that he actually helps Clay out on his quest for revenge. It’ll be interesting to see how that plays out, considering everything Vito went through on his last adventure.

We talked about future open-world shooters earlier, but will “Mafia 3” be different than past games in the genre? “GTA V”, arguably the only other really good game in the genre on the PS4, supposedly offers a much different experience than gamers will get from “Mafia 3.” Though both Rockstar and 2K are owned by Take-Two Interactive, Take-Two CEO Strauss Zelnick claims that the two games didn’t even share technology, much less anything gameplay-wise.

Like, really violent. Staying true to the heart of the mafia, though, this business isn’t supposed to be pretty. Clay is pissed, and he will stop at nothing to avenge his fallen friends and family. Interrogations, cold blooded murders, explosions, foul language… This is definitely a game to play after the kids are in bed.

If you haven’t heard of them yet, that’s okay. Led by former “Star Wars” game director Haden Blackman, Hangar 13 is a new studio that’s looking to make a big name for themselves with “Mafia 3.” The game is only being published by 2K this time (a division of 2K developed both of the previous games), but with both they and Take-Two looking over Blackman’s shoulder, there should be nothing to worry about.