Have you ever imagined joining an online multiplayer game and having the chance to play against a celebrity? Whilst the chances are remote, it’s totally possible, as we take a look at 9 British celebs that love the console. Sadly, we don’t have their PSN tags! These celebs also received their shiny new PS4 console before release as you’d probably expect! This article takes a look at the top 9 known British celebs to have and play the PS4 as well as speculate about which games they might play.

Patrick is known by his stage name Tinie Tempah, he is a popular rapper from London. Patrick was at the forefront of Sony’s PS4 UK marketing campaign. The words of Tinie: ““I’m a huge PlayStation fan. I’ve grown up with PlayStation consoles, and I can’t wait to be part of the PS4 launch.” Whilst it’s hard to say which games he likes, video footage suggests that Tinie enjoys adventure games such as Knack as well as racing games such as Need for Speed: Rivals. 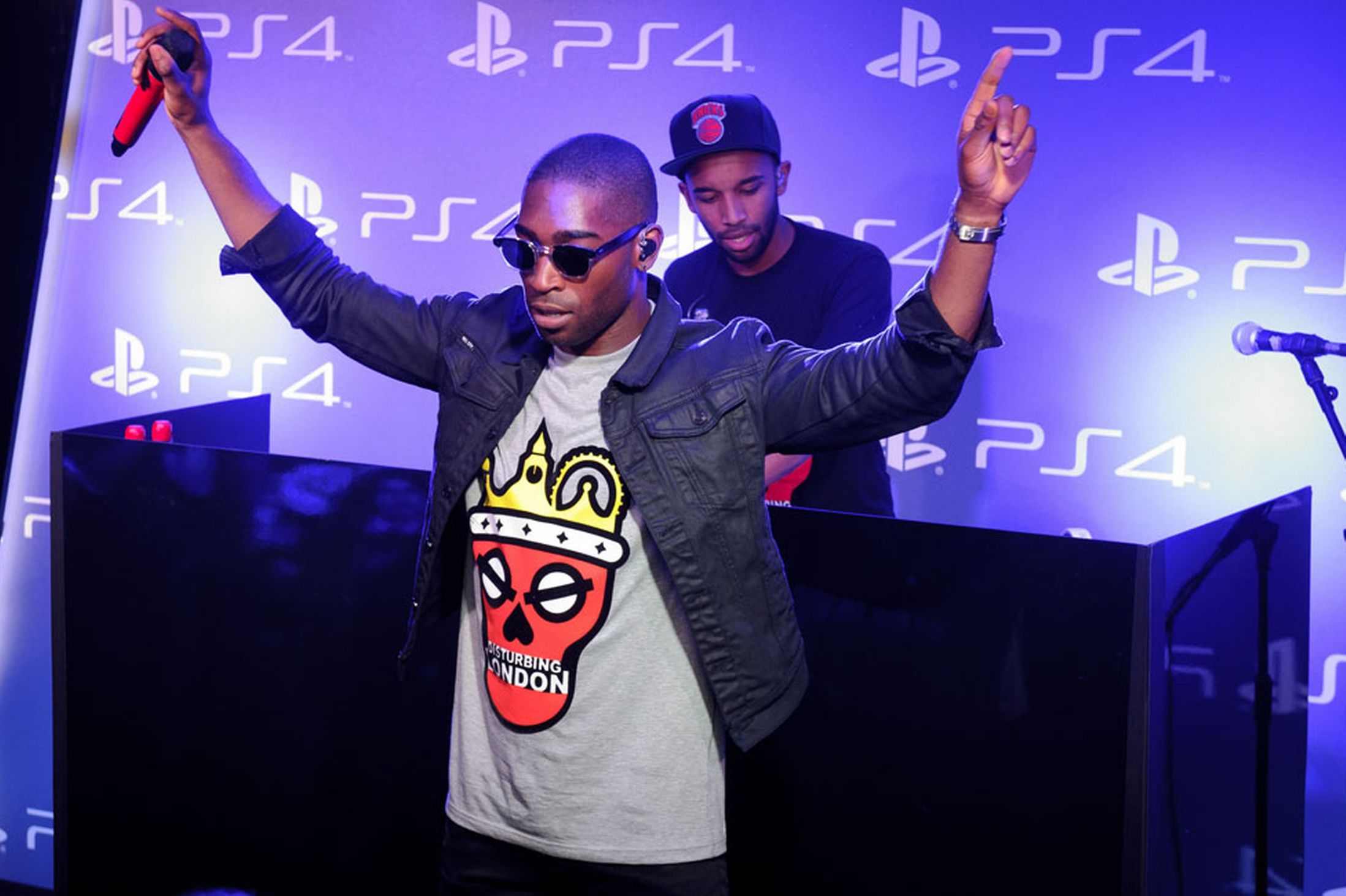 Jonathan is a popular TV and radio presenter, currently presenting on ITV with his show ‘The Jonathan Ross Show’. He is an avid gamer, and before the release of the PS4 he was a big XBOX fan; he played the role of UNSC Marine in the game Halo 3; he also had the role of Barry Hatch in Fable III. Jonathan attended the UK exclusive preview of the PlayStation 4. Whilst Jonathan hasn’t given any hints about which games he enjoys to play, we’d say by his personality that he probably likes games such as UFC and Call of Duty: Ghosts. Will he play the role in future PS4 games like he did with the XBOX? Only time will tell, but it’s likely. 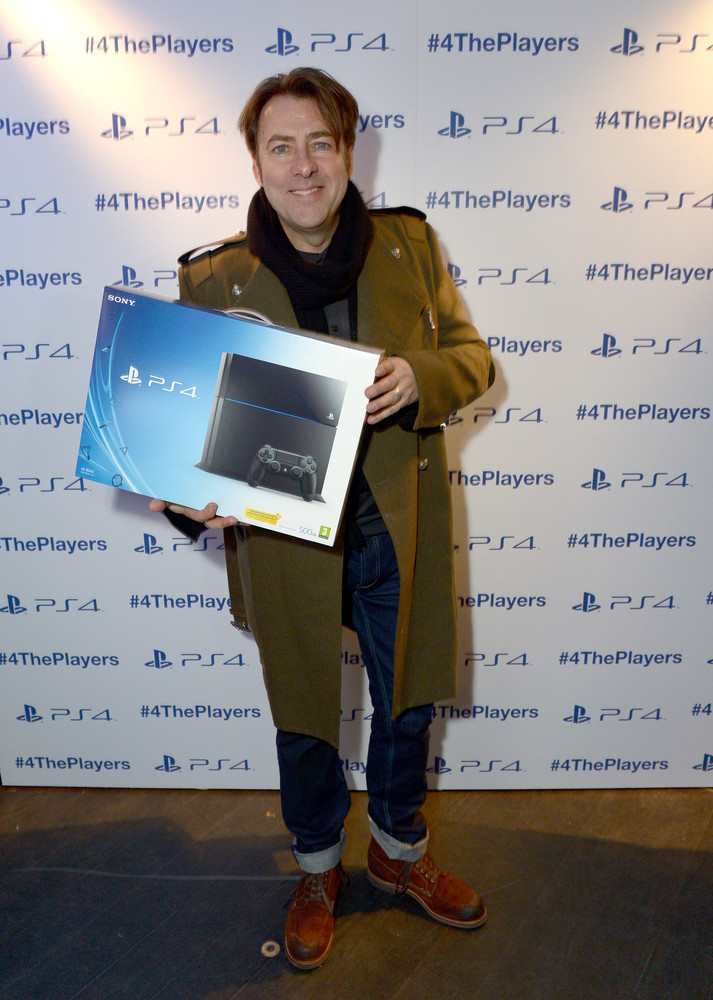 Derren Brown is one of the world’s best magicians as well as an illusionist, mentalist, trickster, hypnotist, painter, writer, and sceptic. Darren is quoted as saying on Twitter: “To the few who are upset ‘celebs get free stuff’, I’m giving the #PS4 to a pal who can’t afford it & then buying one in a couple of weeks.” – very kind hearted to say the least. We doubt that Derren is a ‘hardcore gamer’, however, when he isn’t busy doing crazy tricks, he is probably spending a little time playing the PS4. We think that Mirror’s Edge 2 will definitely be on Derren’s pre-orders list. 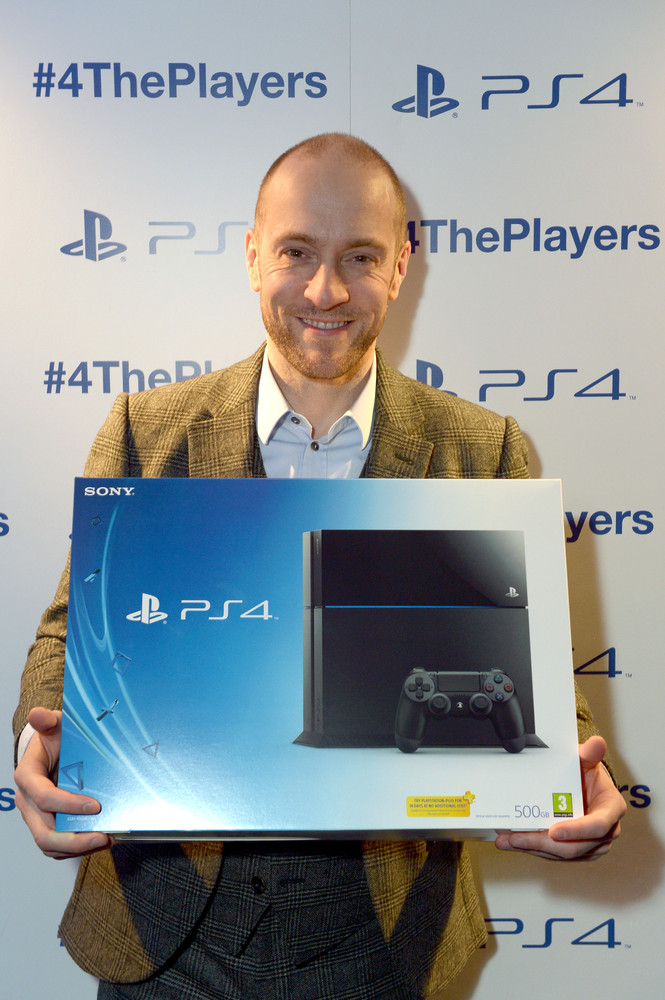 Stephen is known by his stage name Professor Green, he is a popular rapper from London. Stephen attended the UK launch party. He isn’t just a PS4 fan, he appears to enjoy gaming in general, and seems to be a Titanfall fan. Twitter quote:  “Just got stuck into #titanfall. . . Definitely need to spend more hours brushing up my skills.” and.. “En route to the Call of Duty Ghosts event to play on the new Onslaught DLC. It’s out on the 28th. Who else is? #CoDGhosts #Onslaught”. Stephen is a massive Arsenal fan, which means he’s probably spends much of his gaming time playing FIFA 14, and we can expect that he’s already got FIFA 15 on his pre-order list (wait.. he’ll get it free, right?). 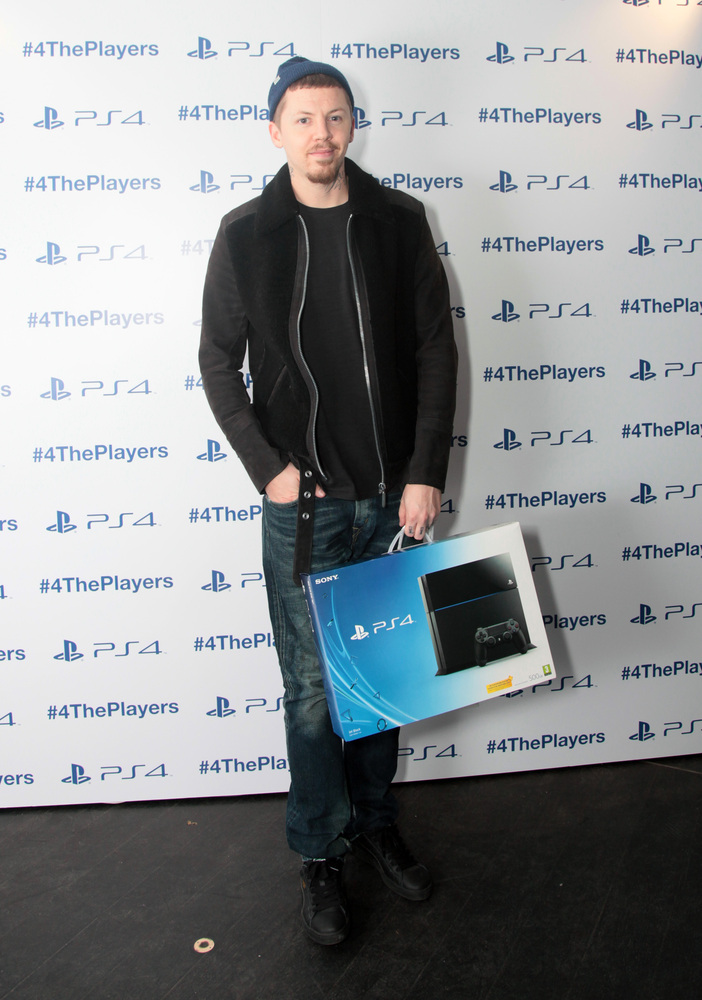 Warwick David is an actor and TV presenter; he suffers from a rare condition called dwarfism. You might remember Warwick from his part in Wicket the Ewok from Star Wars: Return Of The Jedi, Harry Potter films or Willow. In a recent interview with Edge-Online, Warwick reveals that he has been a console gamer ever since he owned the ZX Spectrum. The interview continues to reveal that he was a keen PS2 and PS3 gamer. Based on Warwick’s interview and personality, we believe that his PS4 game collection portably consists of Knack and a variety of Indy games. 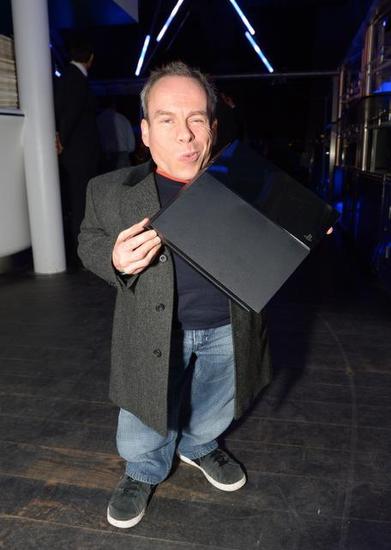 Thomas Huddlestone is a professional footballer. He currently plays midfield for Hull City and also features for the national team. It shouldn’t take a rocket scientist to think that Tom is probably a big fan of FIFA 14. Tom attended the Sony VIP launch. He’s sure to be looking forward to EA’s upcoming FIFA 15. Tom didn’t feature for ultra-disappointing England in this year’s Brazil world cup, he’s probably playing as England on FIFA instead! 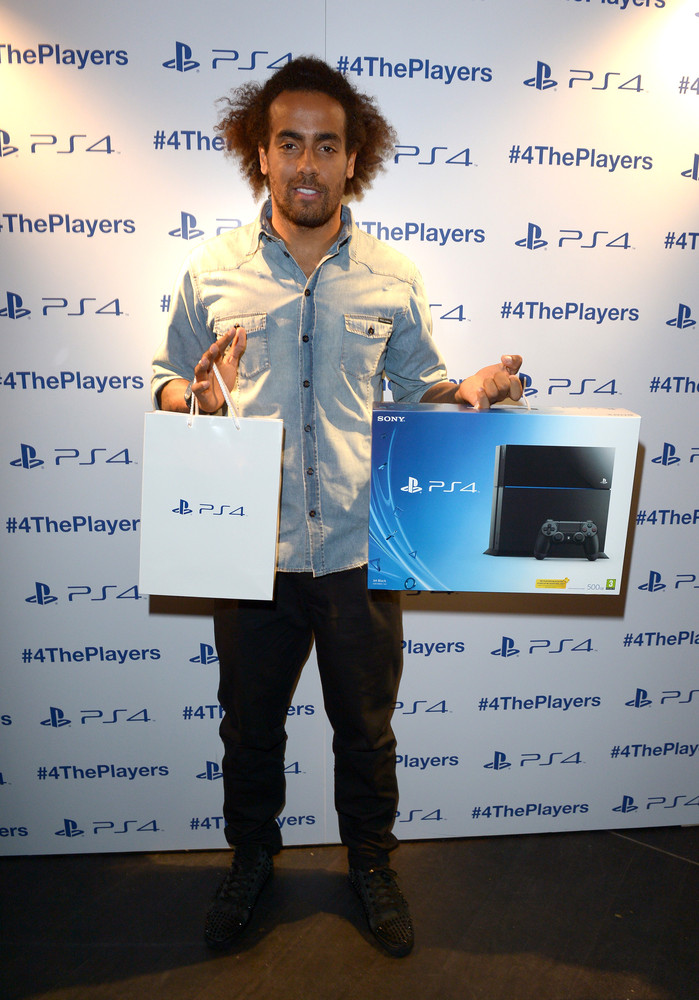 Danny Dyer is well known for playing the ‘bad boy’ in a variety of movies, and quite recently started playing a popular role in the soap ‘EastEnders’. Based on Danny’s ‘bad boy’ personality, we expect him to like games such as UFC and he probably can’t wait for Rockstar’s upcoming PS4 release of Grand Theft Auto V. Danny attended the exclusive PlayStation 4 preview event at the OXO Tower as pictured below (Danny’s the one on the left with the PS4 controller in his hand). 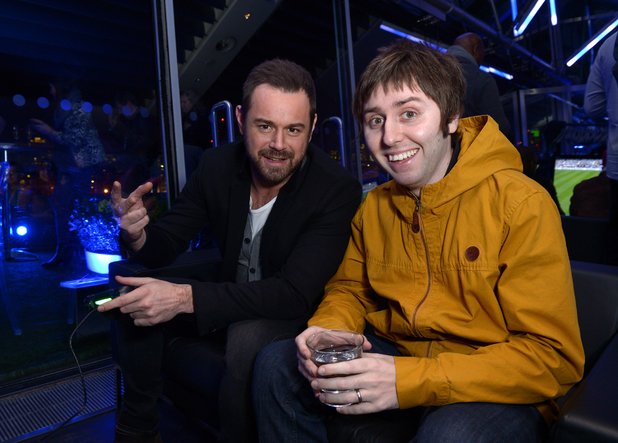 Maxwell is best known by his stage name Lethal Bizzle, he is a rapper from London. Maxwell’s tweeted about his PS4 control pad. Twitter Quote: “Should of kept the #PS4 control pads the same, look a bit #LeaveIt”. His tweet is about the fact he decided to buy a Magma Red or Wave Blue control pad and that it didn’t match well with his black controller. Maxwell attended a variety of PlayStation 4 events. 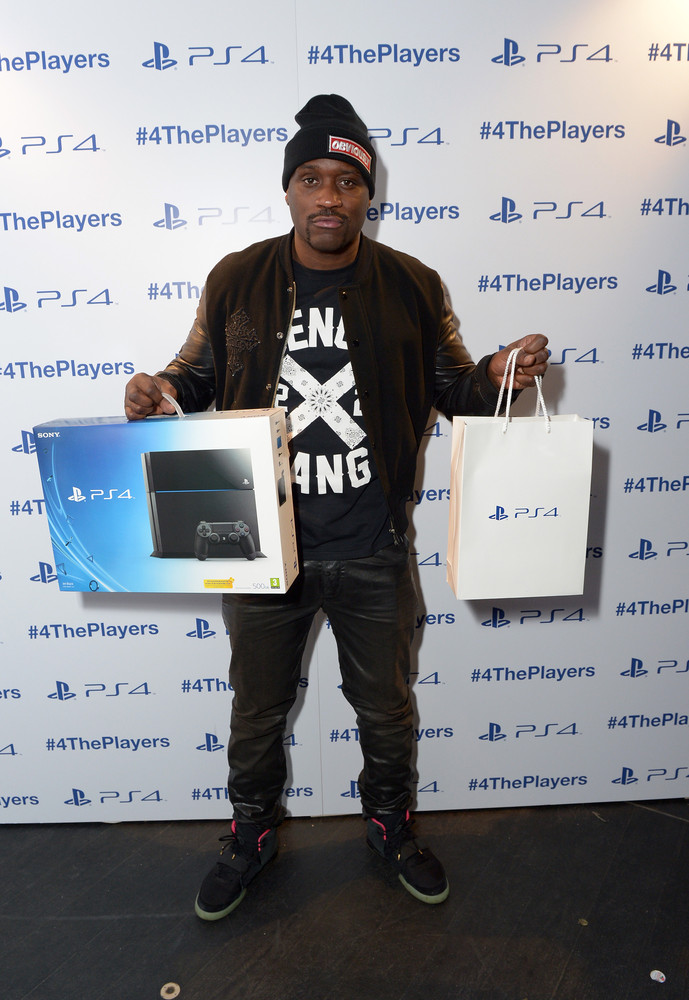 Aaron Ramsey is a professional footballer who plays for Arsenal; he also plays for his national team Wales. You can watch Aaron playing FIFA 14 at the VIP lounge back in November 2013 here. Does FIFA help Aaron prepare for games? It’s a question that only he could answer, however, it’s entirely possible! It goes without saying that FIFA 15 is on Aaron’s pre-orders list. 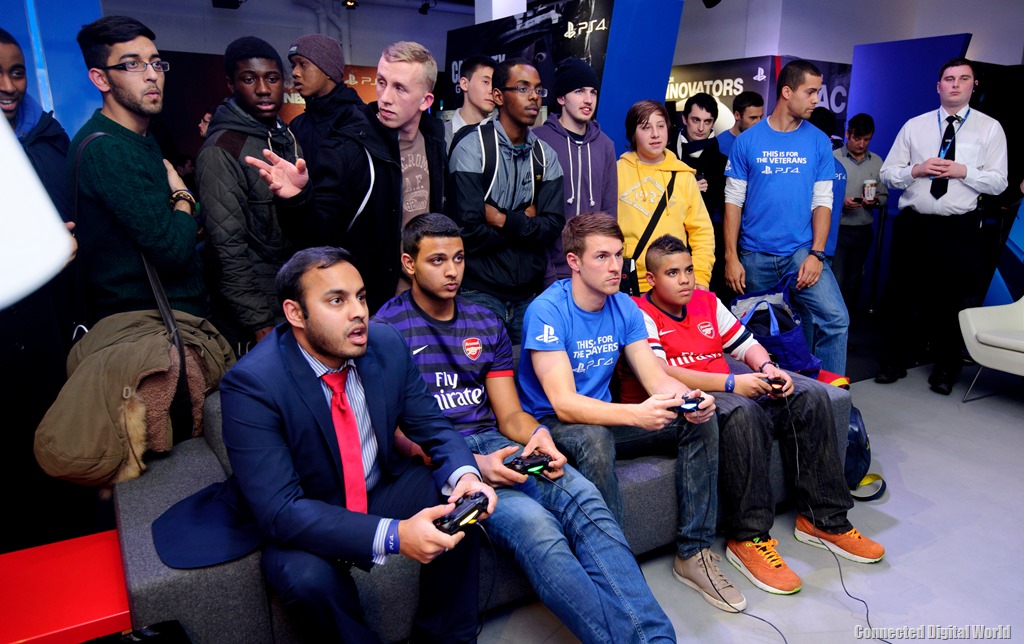 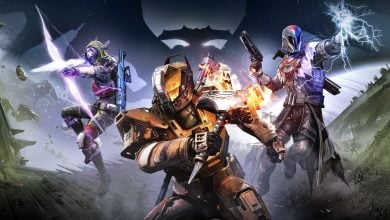