Looking at the slew of games which will be released this month (March, 2014) it’s clearly evident that PS4 owners are going to be well served.  Not only are several of the more highly anticipated big budget titles (like Infamous: Second Son) finally here, but there are some unexpected treasures inbound as well.  Anyway, here are 6 interesting games which are (currently) slated for a March 2014 release on the PlayStation 4, enjoy…

Finally, PS4 owners will get the opportunity to experience the addictive exploration-based gameplay of Minecraft.  Don’t expect the game to be little more than a port of the same best-selling title which has become extremely popular on an ever-widening array of consoles and devices though.  All the expected features will be present of course, which means endless hours of building and adventuring alone or with friends. 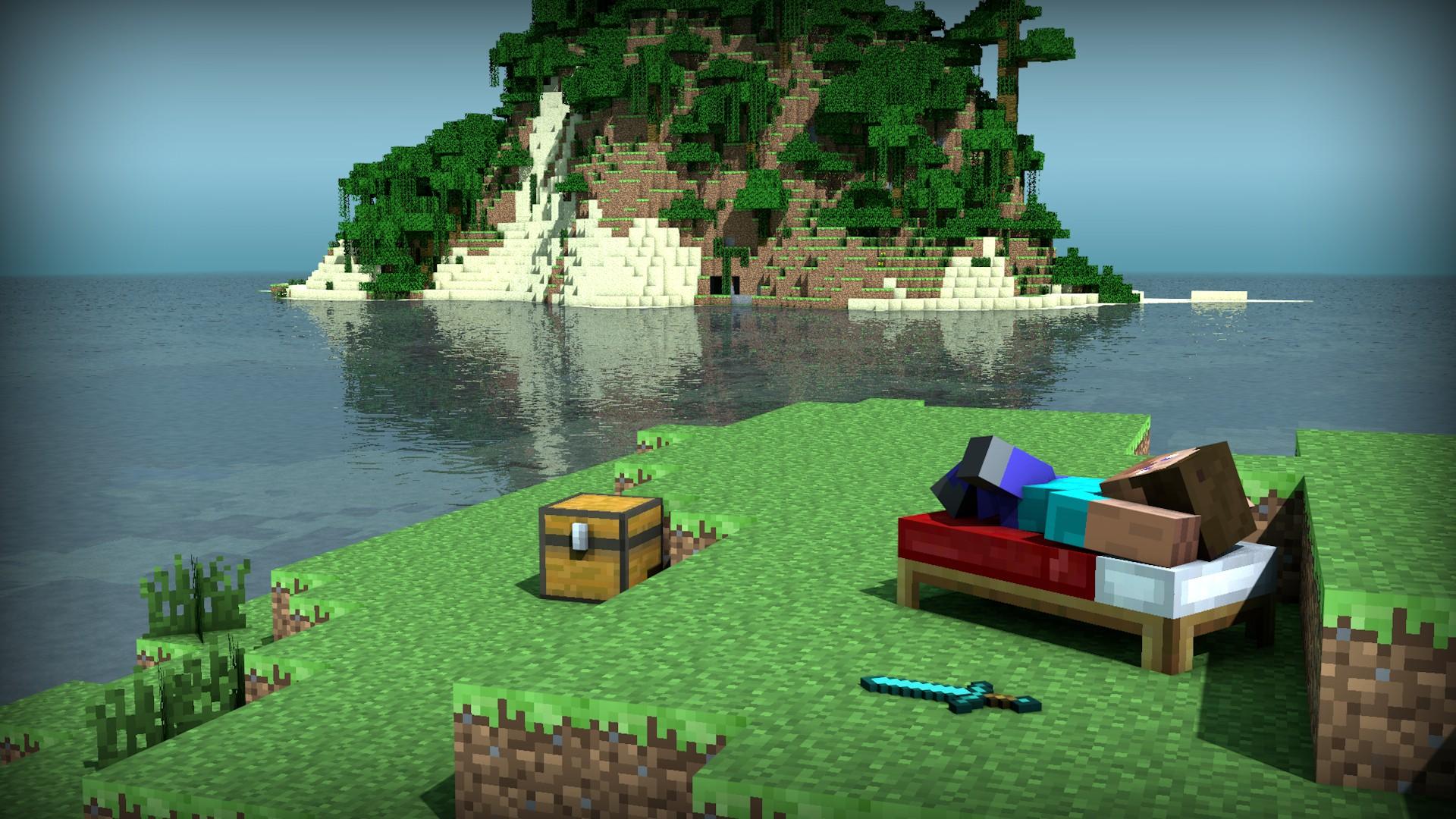 The impending release of MGS V: Ground Zeroes pretty much has all the hardcore gamers up in arms in excitement.  Here’s the lowdown:  GZ is basically just the prologue to MGS V, but the most interesting facet of this game is the fact that it will be the first title in the series to offer truly open world gameplay options.  This will hopefully reinvent the franchise for Kojima Productions and usher in a new goldern era for Metal Gear Solid in general. 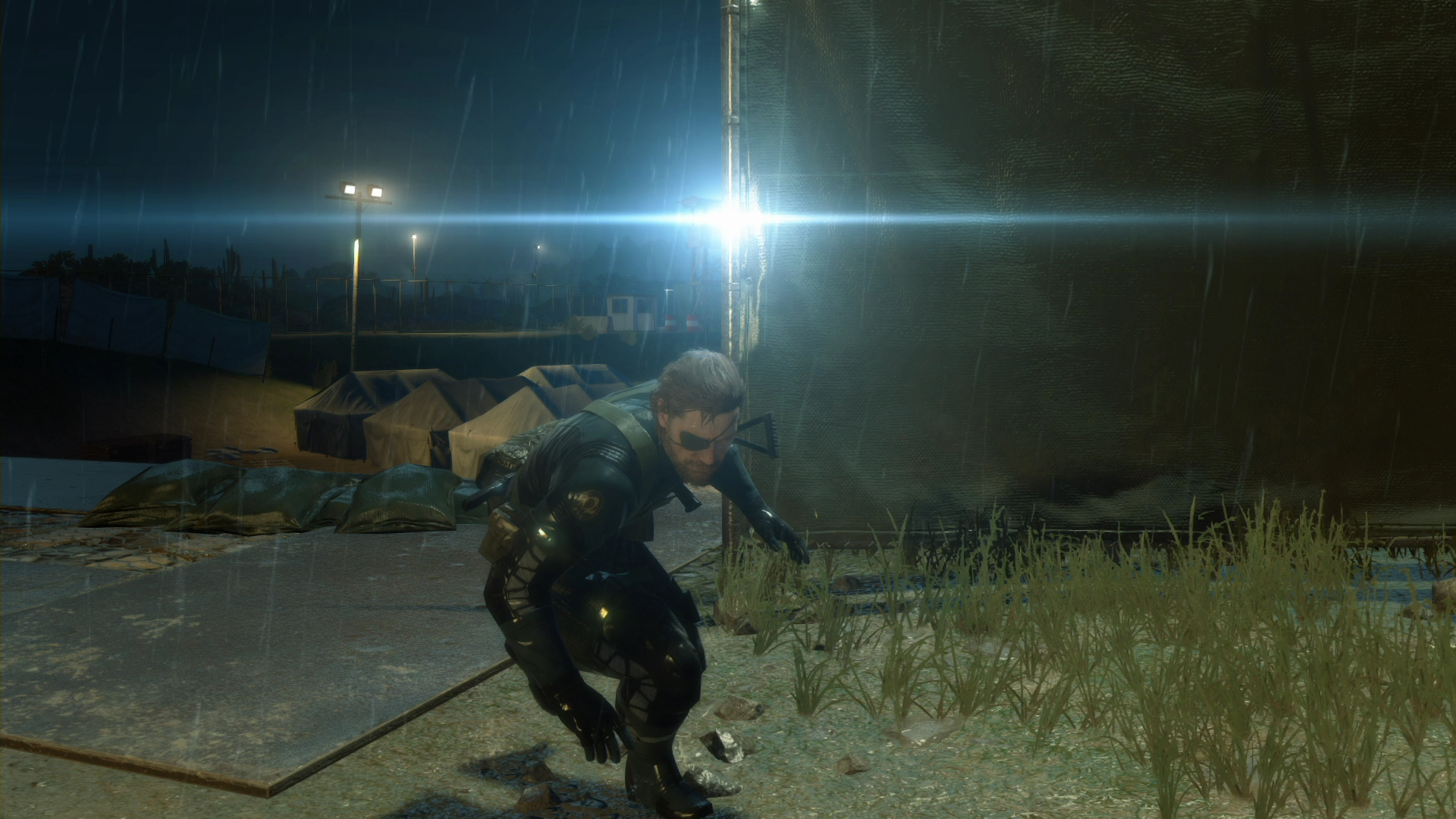 The original Stealth Inc. was a charming platformer found on the Vita iOS (and other platforms).  For all intents and purposes, it’s being ported over the PS4 for a March release.  The gameplay is stealth based, rather quick and often times brutally macabre yet amusing.  While the main game features only 28 levels, there are shared, user-constructed levels available as well as a built-in editor which allows you to create your own.  This “Ultimate Edition” will also contain both of the DLC packs which were previously released. 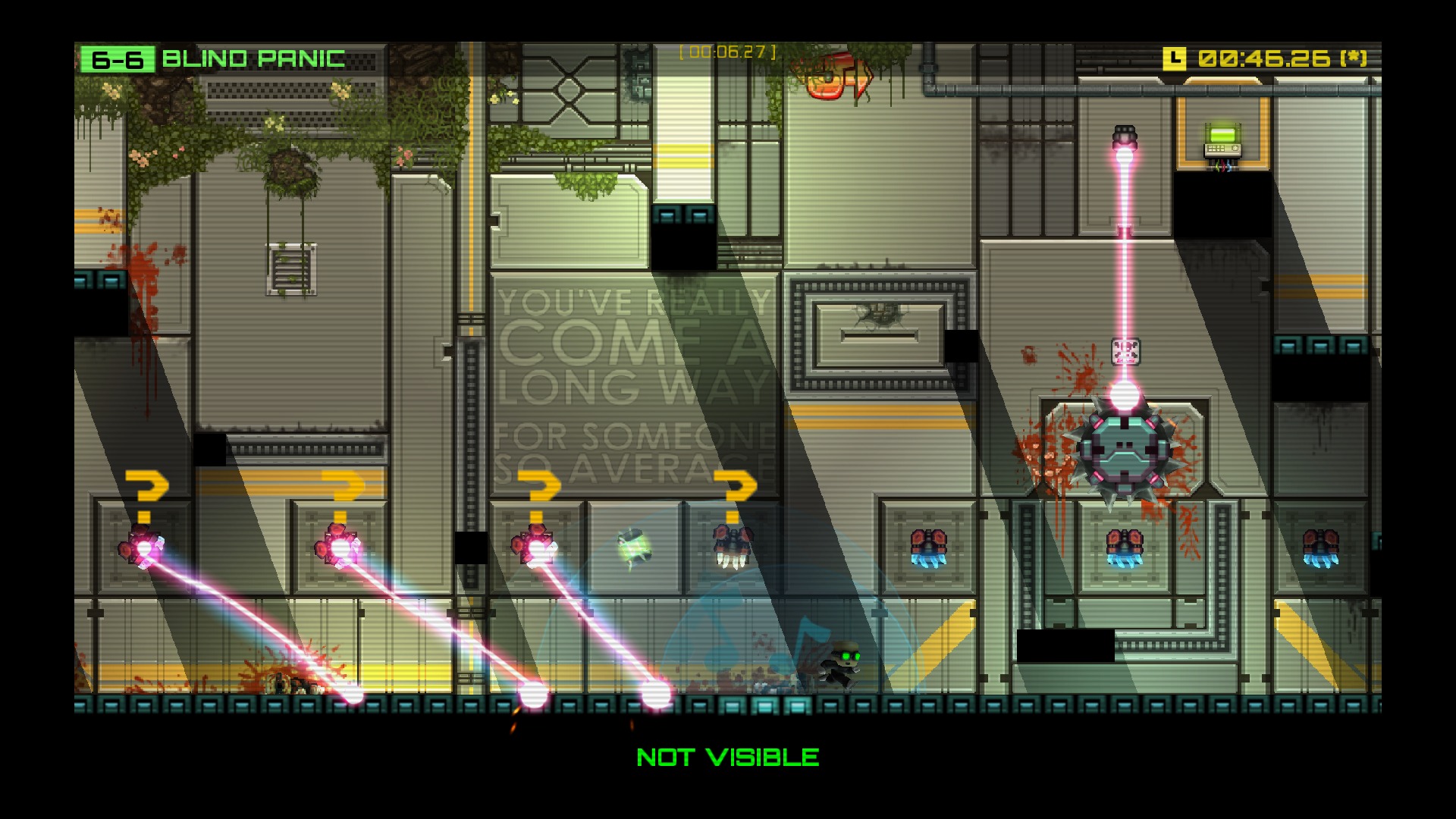 Awesomenauts is a 2D battle-centric title from 2012 which is being reframed as “Awesomenauts Assemble” on the PS4.  It’s not a direct port though as no less than 7 new characters are being added to the mix as well as better controls, a new map and even plenty of customizable “skins”.   Additionally, the game features its very own self-aggrandizing theme song which is delivered with plenty of 1980’s styled fervor; what’s not to like? 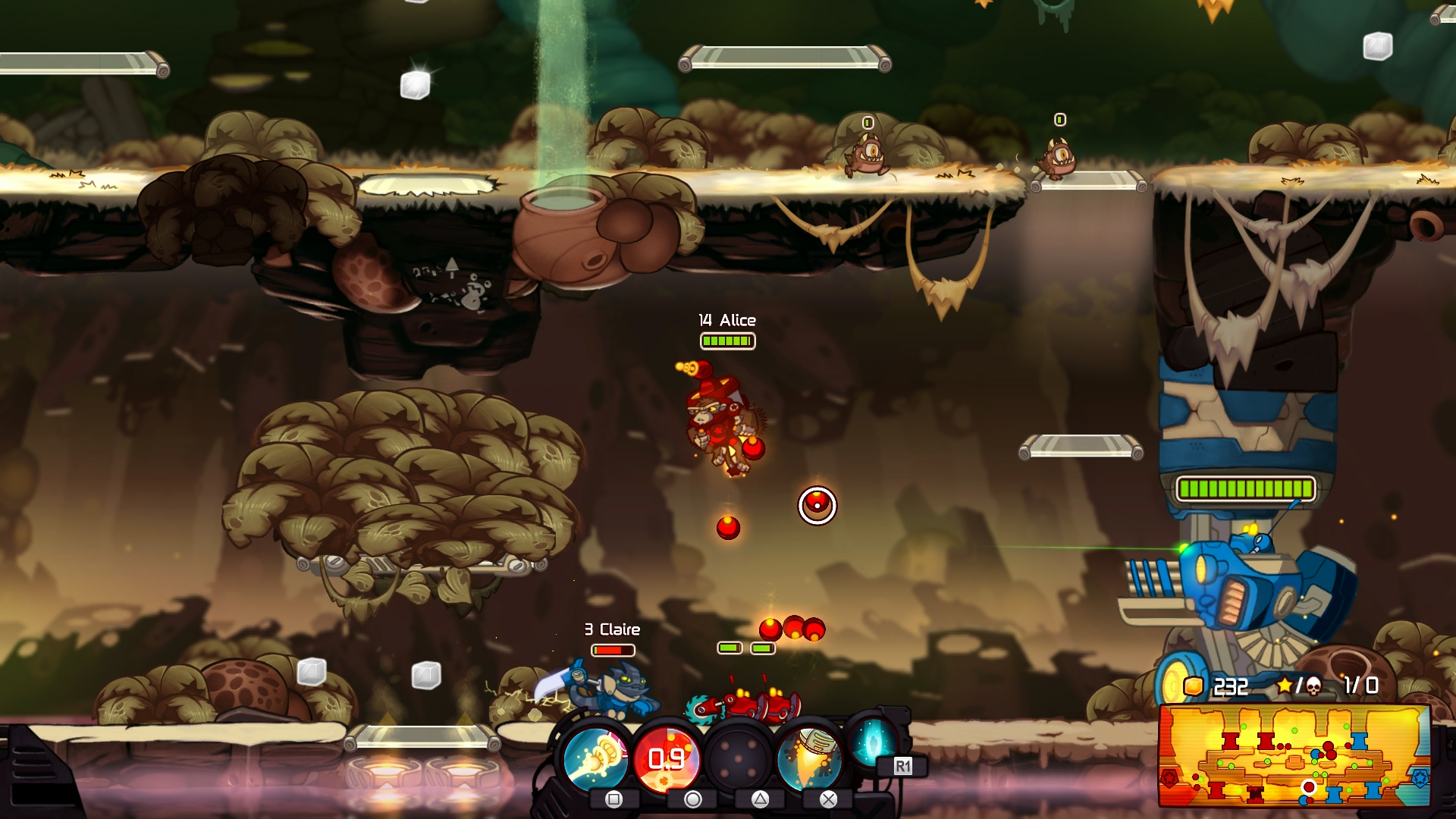 What do you get when you mix together dazzling visuals, space-based combat reminiscent of a flight sim, and a little bit of Transformers for good measure?  If you said “Strike Suit Zero” you’d be dead on.  Hundreds of years into the future, the Earth and its people are being threatened with extinction; naturally, as a fighter pilot for the united nations of Earth, that doesn’t sit too well with you.  This single player game plunges you into the midst of large-scale battles in space; of course the catch is that your craft can also morph into a heavy mech unit (nice).  This Director’s Cut version which is being released for the PS4 in March includes not only all the previously available DLC, but also a reformatted story mode as well as enhanced graphics. 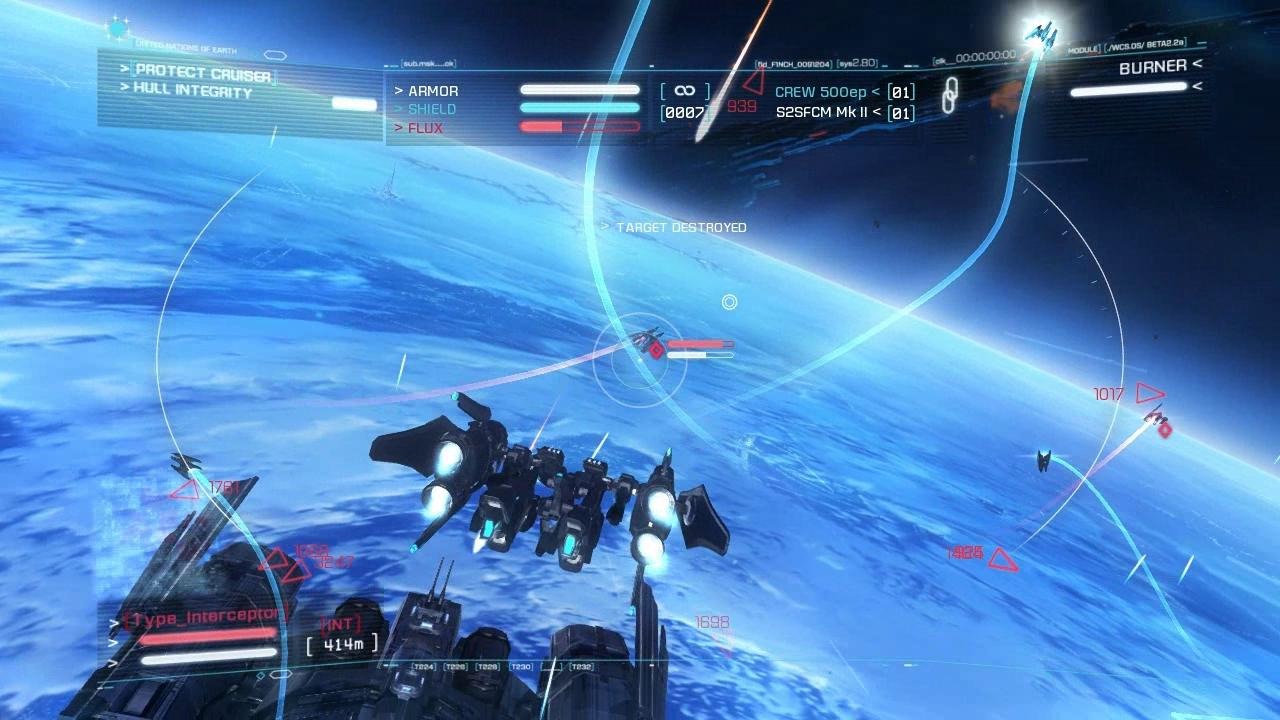 Picking up where the last Infamous game left off, Second Son is a true sequel which packs a powerful punch in more ways than one.  For starters, it’s graphically amazing – with oh-so-much detail amidst the fluid like motions of the character that’s able to freely explore a massive DUP-controlled Seattle, Washington.  You assume the role of 25 year old graffiti artist, Delsin Rowe whose powers are suddenly unlocked thanks to a chance encounter with another conduit.  Suddenly, he’s being pursued by the DUP as another over-arching plot unfurls in the midst of the chaos and oppression.  For many PS4 owners, Infamous: Second Son will be one of the first titles to hit the console which truly explores what Sony’s flagship machine is capable of.  Moreover, since it’s a PlayStation 4 exclusive, there’ great anticipation that developer Sucker Punch Productions might in fact be releasing a title which will further ignite console sales. 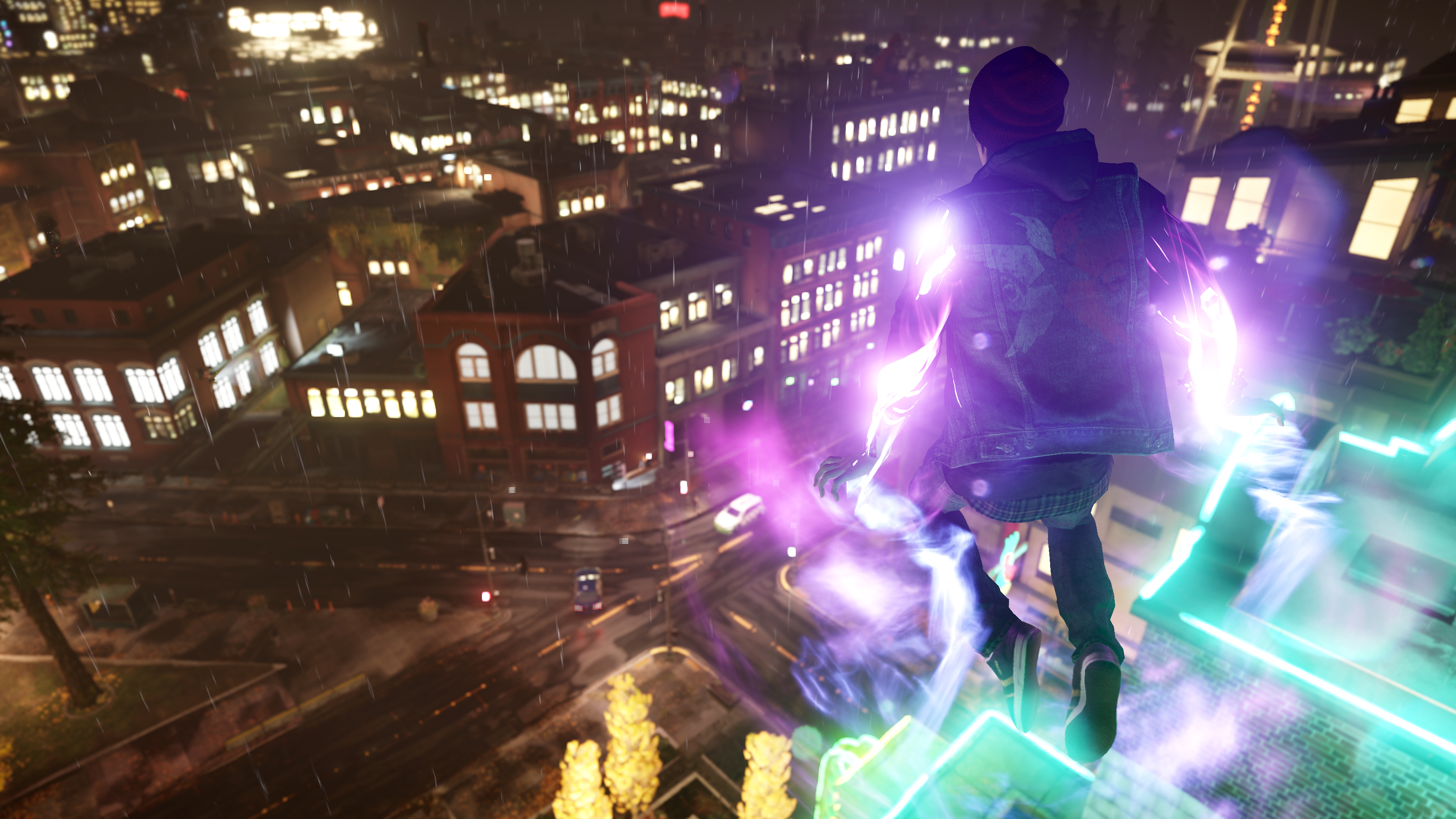 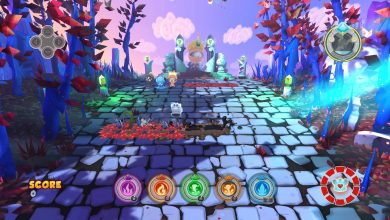 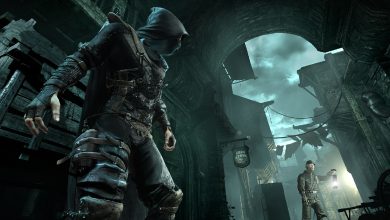 A good month for PS4 fans that’s for sure!