Space is amazing. We all know and accept this fact. First-person-shooters are less unanimously loved, but I think it’s safe to say that among the majority of dedicated gamers, they are a genre of game held in relatively high regard. So what happens when you put these two well-loved things together? Well, you end up coming out with a couple pretty awesome games.

First we have Star Wars: Battlefront, the reboot of the popular Playstation 2 war game that puts you in the middle of massive battles on planets Star Wars fans know and love. This was the first Battlefront to adopt a first-person point of view, and it was the first game I bought for PS4. It will always hold a special place in my heart. 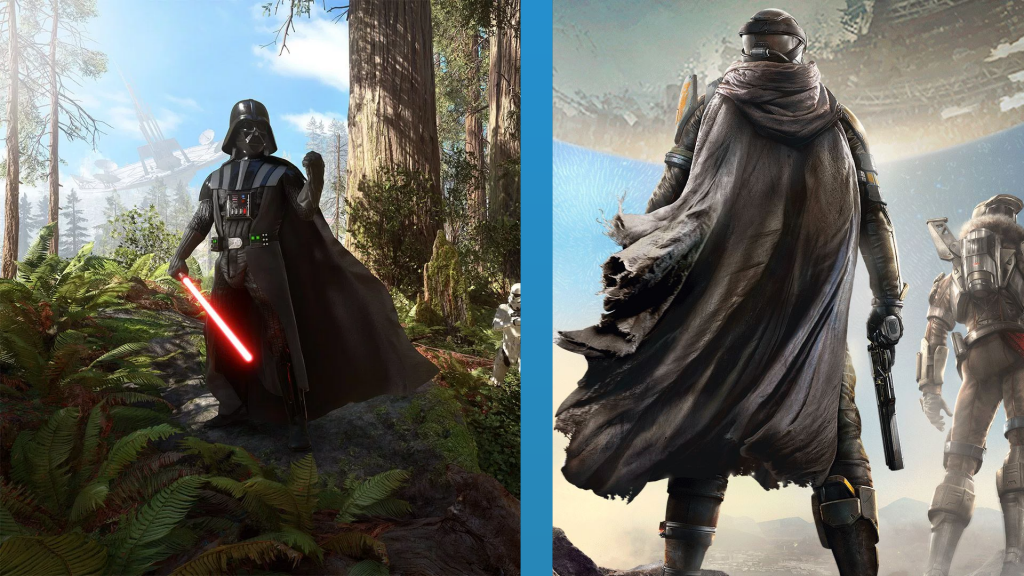 And then there’s Destiny, the massive multiplayer online world made by the creators of Halo that blends first-person sci-fi shooter with elements of role-playing and fantasy. This is a game that has changed a lot since it was first released, and continues to offer new and exciting challenges to the members of its community.

These two are very different games. They come from different places and are both targeted to their own specific style of gameplay. While there isn’t a whole lot these two games have in common, they both still manage to secure dedicated players with communities that turn playing the game into more of a lifestyle. 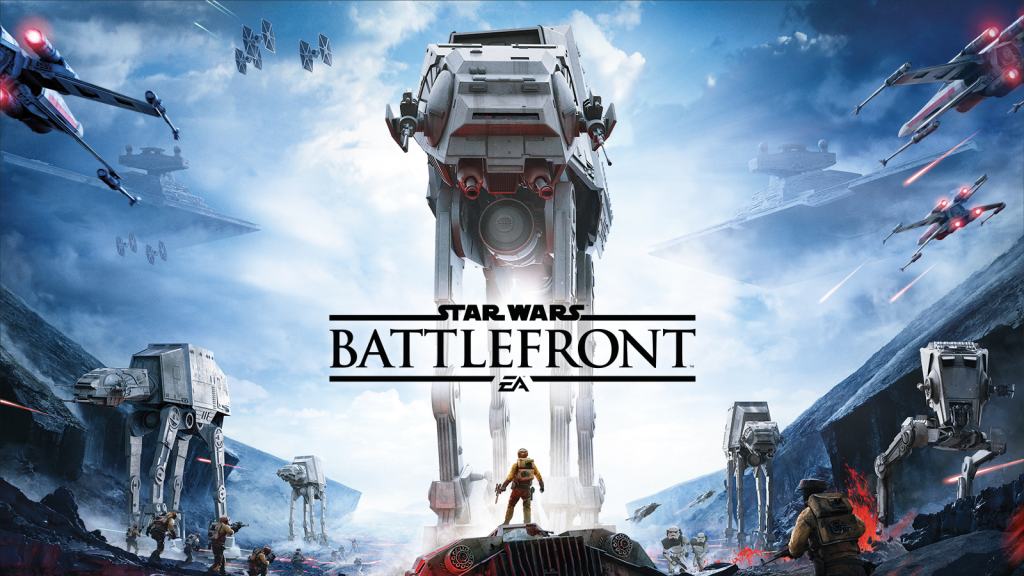 After years of waiting for another Star Wars: Battlefront game to come out, and going a whole console generation’s lifespan without anything, this reboot was quite refreshing. It was a long time coming, but it happened.

There’s a lot that Battlefront does well. In terms of in-game experience it gets five stars. The sound and graphics are both incredible, and you really feel like you’re playing through a battle in one of the movies. This was the biggest draw for the game as I saw it. Who doesn’t want to take down an AT-AT, or see what the battles were like from a Stormtrooper’s point of view?

The gameplay is pretty simple, although they do introduce some new elements which could take some getting used to. You can equip your character with two different loadouts, made with abilities and weapons represented by cards. They call it making your “hand”, and you are allowed to have two of them before going into matchmaking. As you play the game and level up, your character gains credits which you can use to purchase different guns, secondary weapons, and abilities.

One of the major downsides I found while playing was the complete lack of a story. It’s clear from the menu screen that this game is meant for online multiplayer use only. Sure, you can play two player head-to-head matches with a friend, or go co-op, or survival mode where you fight off waves of enemies. In the end these are only useful to learn the game with so you don’t embarrass yourself online. It would have been nice to see a playable story out of this, but I think the direction they’re shooting for (get it?) is closer to eSport than anything else–especially considering the fact that you’re encouraged to buy the season pass. Just by calling it a “season pass”, the EA team invites us to think of Battlefront as more of a competitive eSport. Players are even given rewards after matches like MVP, and Most Kills.

As far as the community goes, it’s filled with Star Wars lovers, understandably so. I bought it because I love Star Wars, and wanted a game that made me feel like I was in that universe. For that, Battlefront delivers above and beyond. EA has, however, done an awful job at encouraging long-term players. Consider this: after buying a sixty-dollar game, you now have to buy an additional fifty-dollar season pass in order to access all of the content that should have come with the f-ing game! I know, it’s not too different from purchasing DLC in general. But still, it frustrates me to no end. I’m a miser at heart, and $110.00 for a video game is simply too much, in my opinion. Even so, I love this game, and am extremely tempted nonetheless.

On the whole, if you’re looking to have a fabulous Star Wars experience, I’d pull the trigger. Then again, I’m sure the ones who I’m directing this to have already done so. Fanboys tend to do these things. 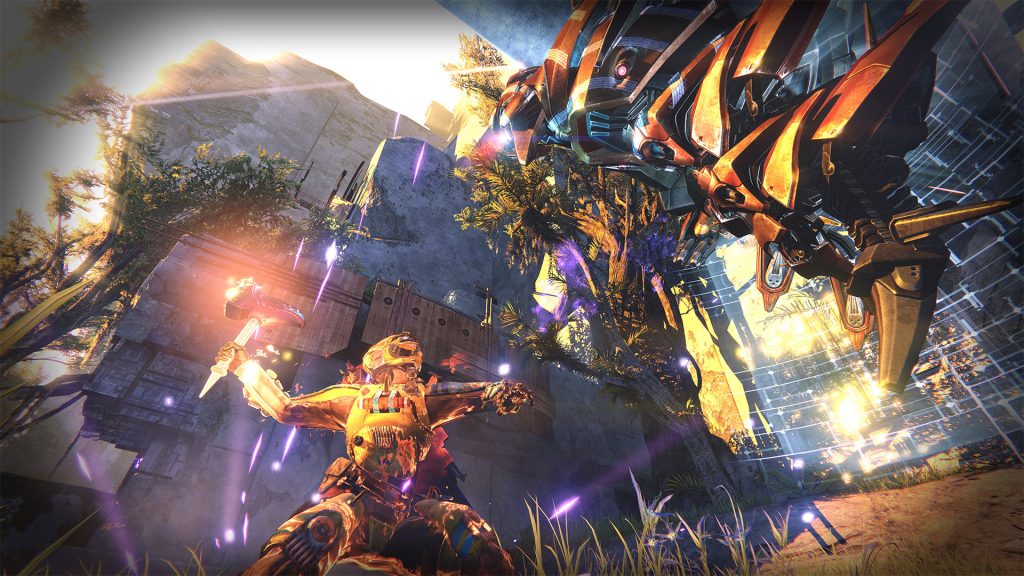 For starters, Destiny is an MMORPG in which you create your own character from three different races and classes, and progress in the game by leveling up your character, unlocking new abilities and subclasses, and acquiring new and better weapons over time. Furthermore, each weapon you acquire has its own unlockable characteristics and modifications to it that can be accessed by using the weapon. The positive feedback loop is rather short from the get-go, and encourages you to keep playing. You want that next ability, next mod, or new subclass. Cue addiction.

As opposed to Battlefront, Destiny actually has a storyline that you can play through and follow as an introduction to the world. It isn’t the best, and mostly manifests through short explanations and tidbits that connect the missions together into a cohesive whole. My only complaint is that it’s a bit too short. The expansions are nice though, and offer some more content to play through. A big difference was when The Taken King expansion was released. In my opinion this expansion offered the most compelling story, but was still a little too short for my taste.

But let’s face it, the story isn’t why you play Destiny. You play for the rich world, player interaction, and enticing gameplay. When you’re just beginning the world can be a bit confusing, and you might wonder why you just picked up some Wormspore, and how could that ever come in handy? You can either trust in the game that it will all make sense eventually, or use the internet to clue you in. It all makes sense, trust me.

Additionally, Destiny offers some great end-game options to keep you playing after you’ve coasted through the story missions. There’s the Challenge of Elders, which is a high-level weekly challenge that is guaranteed to grant you better items if you succeed. Then there’s the Iron Banner, a monthly event that lasts one week in which players can participate in level-advantaged multiplayer matches, and earn special gear as a reward.

Destiny’s community is nice and helpful by necessity, which is a huge plus. There are some missions, called Strikes, in which you are required to work with a team of three to complete. Additionally, there are Raids in which you need six players and can take a maximum effort of teamwork and coordination to pull off. For these, you either need to have five other friends who also play, or find people on the internet willing to help. Luckily there are enough people who want the same thing and are willing to be decent and not trolls. I have yet to encounter a jerk in Destiny. An internet accomplishment and first.

If you want a game that threatens to eat up your life you should pull the trigger (heh) on Destiny, if you haven’t already. It remains one of my favorite games for PS4, and I am very much looking forward to the release of the next expansion: Rise of Iron, coming out this fall.

So this is the point where I would tell you that you should buy one of these over the other for “x” reason, but seeing as these two games give such different experiences, I think I’ll end on a different note. I think you should get both, and this is why.

You love Star Wars. If this is the case, Battlefront is right up your alley. It gives the greatest Star Wars experience in video game form that I have ever seen. If money is no object, I’d even say go ahead and splurge on the season pass. It’s probably worth it for what you get, and it sucks to see what you’re missing out on every time you log on to play.

If Star Wars isn’t your thing, I’d get Destiny. Even if it is your thing, I’d still say you should get Destiny. I’m confident when I say it’s the best third-person-shooter I have ever played. Every expansion they’ve had for it has made it significantly better, and it is constantly being improved and updated to give players the most satisfying user experience.

So there it is. Buy both. Buy them all. Now go forth into space, and make your username heard. 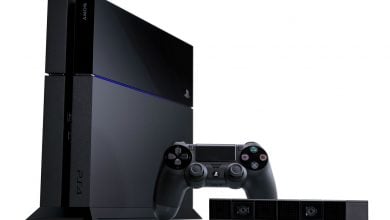 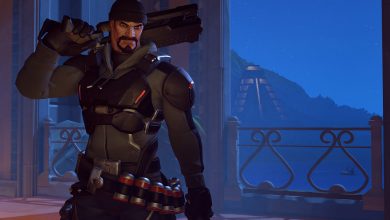