For this Digressions In Digital feature, I decided to take a look at two colourful and charming RPGs currently available on PSN: Supergiant Games’ Bastion (2011) and Ubisoft’s Child of Light (2014).

A 2D game implementing an isometric camera, Bastion is set in a post-apocalyptic fantasy world, one which was almost wiped out by the catastrophe known as the Calamity. The player takes on the role of “the Kid,” a silent, tough-as-nails youngster on a quest to restore the Bastion, a place of power and a source of hope in a devastated world. The Kid is guided in his quest by Rucks, a man who narrates the events of the game, the majority of his dialogue occurring at set points, although some occurs dynamically depending on the player’s actions. 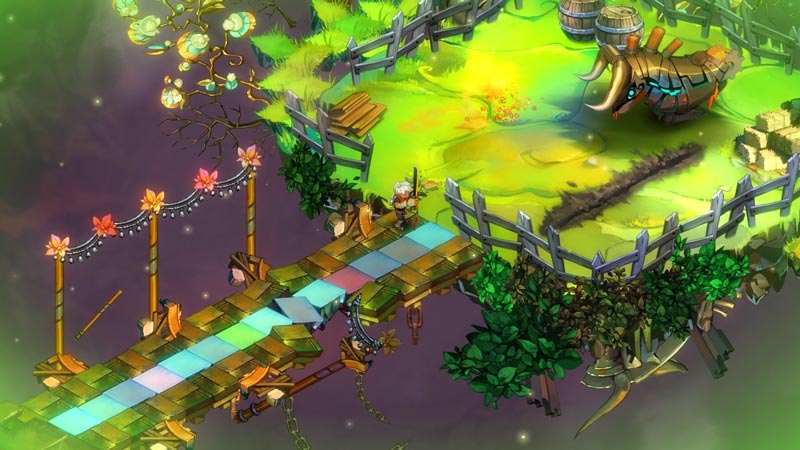 Bastion’s structure presents a series of levels – an orchard, a bog, a fort, a volcano, and more – which you must overcome while collecting the cores and shards necessary to enhance the Bastion, which acts as the game-world’s hub. Progress is largely linear, with no more than two levels available at any one time, although the levels themselves are short enough that they don’t overstay their welcome.

To tackle the enemies and occasional bosses, the Kid can carry two weapons simultaneously, although there are many – both melee and ranged – to be collected as the game progresses, along with powerful weapon skills, only one of which can be equipped at a time. While the game contains a decent number of enemy types, it presents little in the way of challenge, although you can make things tougher for yourself by invoking any of the game’s pantheon of gods, who increase the difficulty in various ways. Because even after the almost total annihilation of the world, Bastion’s gods are jerks, apparently.

Also, although Bastion is an action-RPG, the role-playing elements are actually fairly simple and small in number – the Kid can level up, purchase materials to upgrade weapons, and equip weapon skills and passive boosts, but there’s little depth beyond that. This even applies to the Bastion itself, as although you can choose in what order you build and enhance its structures, this matters little to your progress, the end result being the same before the conclusion of the game rolls around. 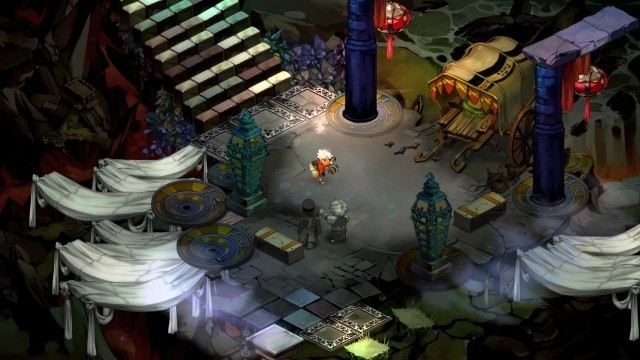 The game is also pretty short for an RPG, so those expecting an epic experience lasting dozens of hours will be disappointed. There are elements which encourage replayability, however, including multiple endings, New Game Plus, Score Attack Mode, and online leaderboards. There are also Proving Grounds, optional areas where weapon-based challenges can be attempted in order to earn upgrade materials and weapon skills.

Of course, quality is far more important than quantity, and what Bastion does, it does very well: beautiful graphics, an eclectic soundtrack, fun combat, an interesting story and characters, and Rucks’ narration, which is well-written, delivered brilliantly by Logan Cunningham, and acts as an unobtrusive way to both drive the main plot and give further depth to the game-world and characters.

It took almost four years for Bastion to appear on PlayStation 4 after its initial 2011 release on Xbox 360, but the game has lost none of its shine in the meantime, remaining an enjoyable title and an impressive debut from Supergiant Games.

The first thing that leaps out at you about Child of Light is its visuals, as the game uses a watercolour art style which looks incredible and perfectly suits its fairytale world and narrative. The graphics are brought to life via UbiArt Framework, the same engine used for the brilliant Rayman Legends and a handful of other Ubisoft titles. 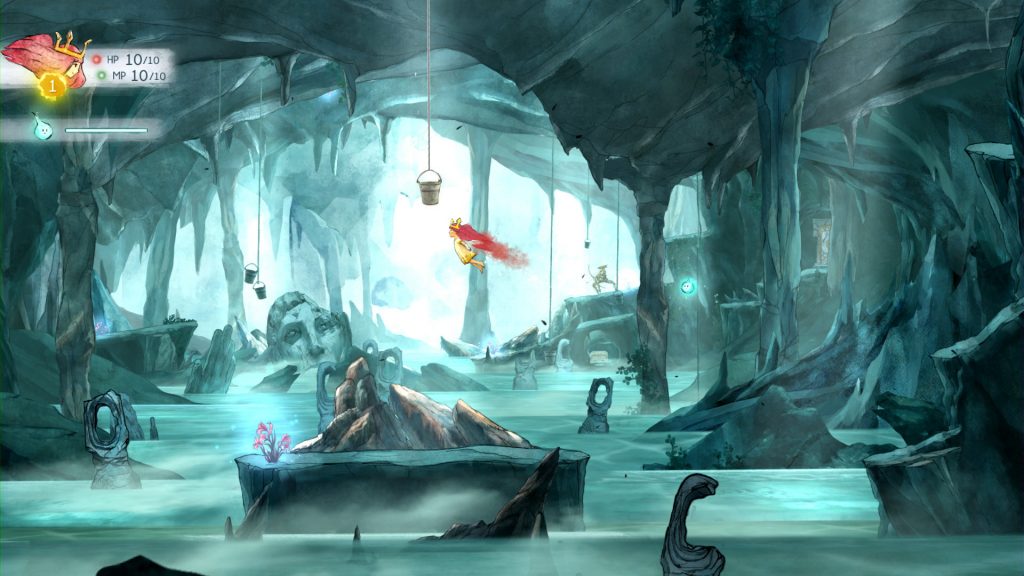 Child of Light casts you as Aurora, a young princess who falls ill only for her spirit to be whisked away to Lemuria, a land of magic and fantastical races and beasts. Desperate to return home to her father, Aurora must first defeat the wicked queen ravaging the land. The narrative is pure fairytale, with some charming characters and moments. Also, rhyming dialogue is used constantly throughout, and while this can grate at times, on the whole it’s yet another stylistic choice which fits the overall feel of the game, as does the music.

Gameplay consists primarily of exploring the 2D environments and fighting in turn-based battles, the latter occurring at scripted points as well as whenever Aurora comes into contact with an enemy. There’s also some occasional and very light puzzle-solving.

The parts of Lemuria which you visit are distinct and separated by loading screens, and a fast-travel system allows you to return to previously visited areas. Not only do the environments – which include a darkened forest, a windswept plain and a flooded village – all look great but they’re also quite spacious and open, and exploration is frequently rewarded with items and upgrades.

The turn-based combat should be instantly familiar to many RPG fans, and the typical options are present: attack, defend, use an item, use magic, etc. You face a maximum of three opponents simultaneously while Aurora can only fight alongside one party member at a time, although your current companion can be swapped out for another one during battle.

An interesting gameplay mechanic which comes into play both during battle and outside of it is Igniculus, Aurora’s talking firefly companion. In battle, Igniculus can be used to slow down the actions of enemies and also heal Aurora and her current companion, while outside of it he has even more uses such as operating switches, opening chests, allowing Aurora to surprise-attack enemies, and providing a light source. Also, in a really nice touch, a second player can take control of Igniculus, giving the game a cooperative two-player mode. 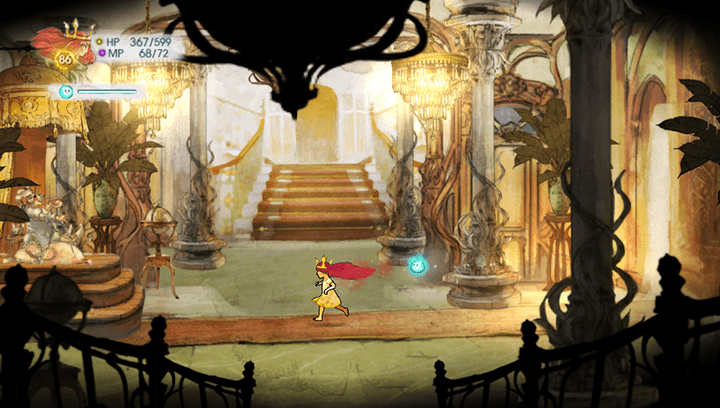 Like Bastion to a degree, the actual RPG elements present in Child of Light, while enjoyable, are pretty simplistic. There’s a crafting system involving “oculi,” precious stones which can be equipped for helpful effects; skill trees which focus more on stat-boosts rather than new abilities; and simple side-quests such as clearing a group of monsters from an NPC’s property or tracking down a flying, mint-loving pig. (Ah, the old “flying, mint-loving pig” quest. Classic).

Also like Bastion, Child of Light is quite an easy game, although a couple of boss fights offer a decent challenge and there are two difficulty modes to choose from.

The vast amount of shitty behaviour exhibited by Ubisoft over the years is of course well-documented by now, but credit where credit’s due, I’ve always been appreciative of the fact that they occasionally take creative chances and publish titles like Rayman Legends, ZombiU, Far Cry: Blood Dragon and Child of Light.

Sadly, Ubisoft couldn’t resist reminding us of their obnoxiousness in Child of Light, as not only are you greeted with a prompt suggesting you sign up to the company’s Uplay service every time you begin the game, but there is also purchasable DLC available. While you absolutely can enjoy the game without Uplay or the DLC, neither of them need to be there in the first place. But ultimately these negative points aren’t enough to spoil the experience, and Child of Light remains a great game.

Bastion and Child of Light share some similarities while simultaneously boasting their own respective identities, and if you’re looking for a light RPG experience with wonderful visuals, enjoyable gameplay and lots of charm then you really can’t go wrong either way, as although personally I’d probably choose Child of Light over Bastion, both titles are absolutely worth playing. 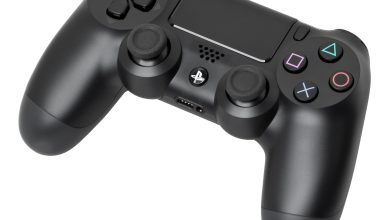 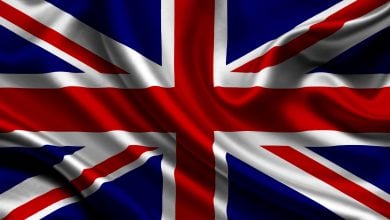