Developer Fun Bits Interactive has crafted a fun, and dare I say, “oft-humorous” puzzle-based title that’s equally as grisly as it is entertaining.  In essence, you play as, or control, two characters throughout – lil and laarg (one being slight, hence “little”, the other more portly, or “large”).  The short version of the story is that you are essentially being held captive by some type of evil mastermind; in order to escape (as luck would have it) you must circumvent a series of puzzles, which comprise the various levels, or screens, of the game.  Originally released on the Vita, this new PS4 version of Escape Plan remains relatively unchanged, despite the fact that you now control the action onscreen with the touchpad (which is actually a massive improvement).

One of the neater aspects of Escape Plan’s design is its visuals, which features a series of stark, comically animated black-and-white environments.  If you’re loading this game up and expecting to be floored by waves of different hues, forget about it – it’s entirely built upon a grayscale model throughout its entire span.  Don’t get the wrong idea though, this isn’t meant to imply that it’s somehow degraded.  Quite the contrary; the fact is, “Escape Plan” is wonderfully executed in terms of its graphics, despite the lack of color, you’re still treated to first-class lighting and textures. 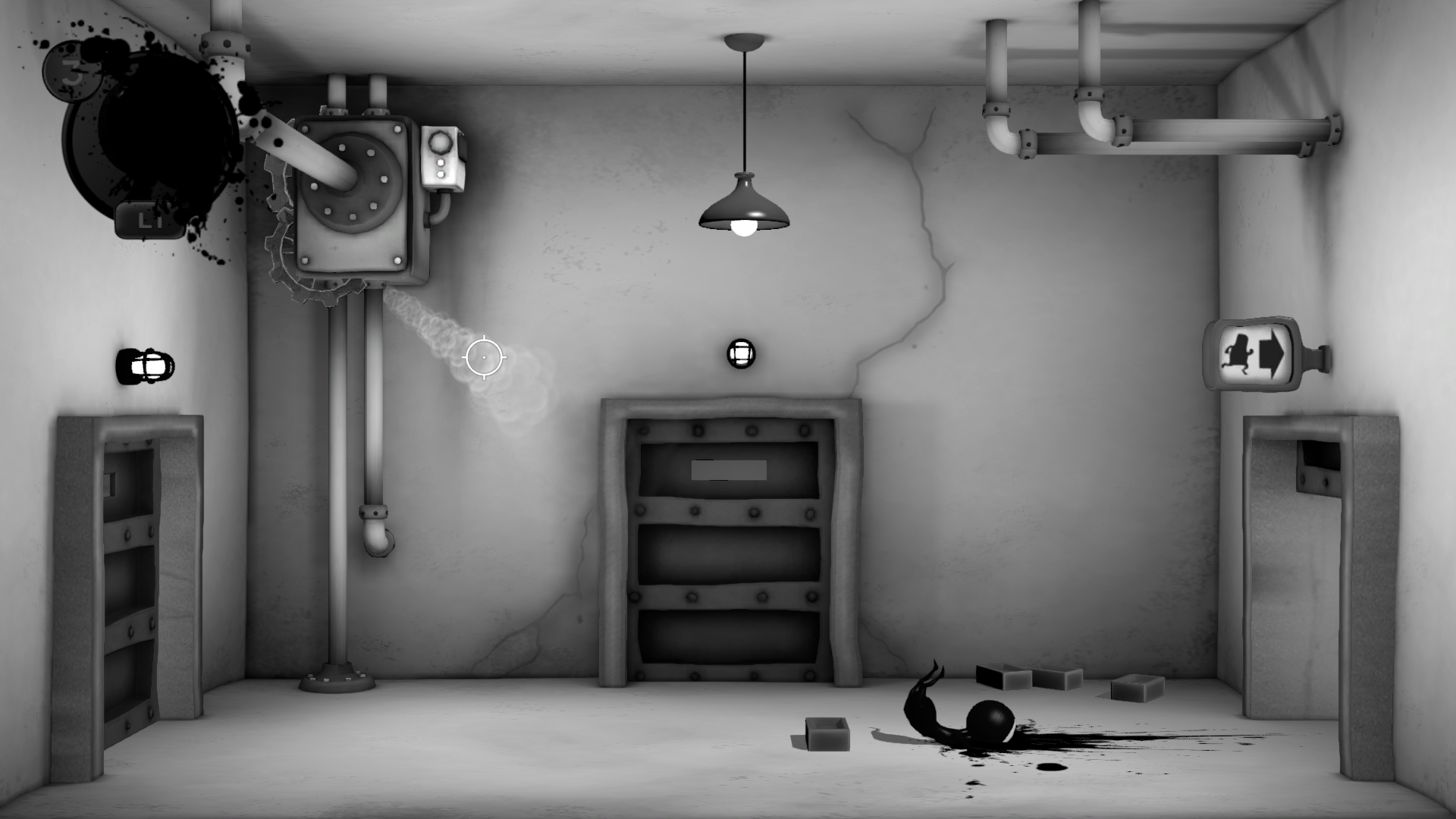 Naturally, the most charming facet of “Escape Plan” is its trademark gameplay, which forces players through a gauntlet of tricky traps, each designed to inflict serious damage upon our protagonists.  However, one of the things that really makes the game work is its overall setting and sound effects, which hint that the entire series of events is somehow being observed by a larger audience (who is also deriving amusement from lil and Laarg’s repeated deaths).  Of course it’s not all so serious, it would seem that the developers weren’t intent on delivering a sort of horror-filled experience.

As previously mentioned, you can basically control the characters with the touchpad, which sort of transforms this title into something of an evolved click-and-point adventure, if you think about it.  Moreover, you can also affect items in the environment directly as well, which greatly opens up the gameplay, to say the least.  Naturally, each room you enter will contain its own unique set of deadly implements and disasters just waiting to occur, which forces you to think creatively.  Of course at the core of the game, it’s all about solving puzzles, with each subsequent area upping the difficulty a notch or two. 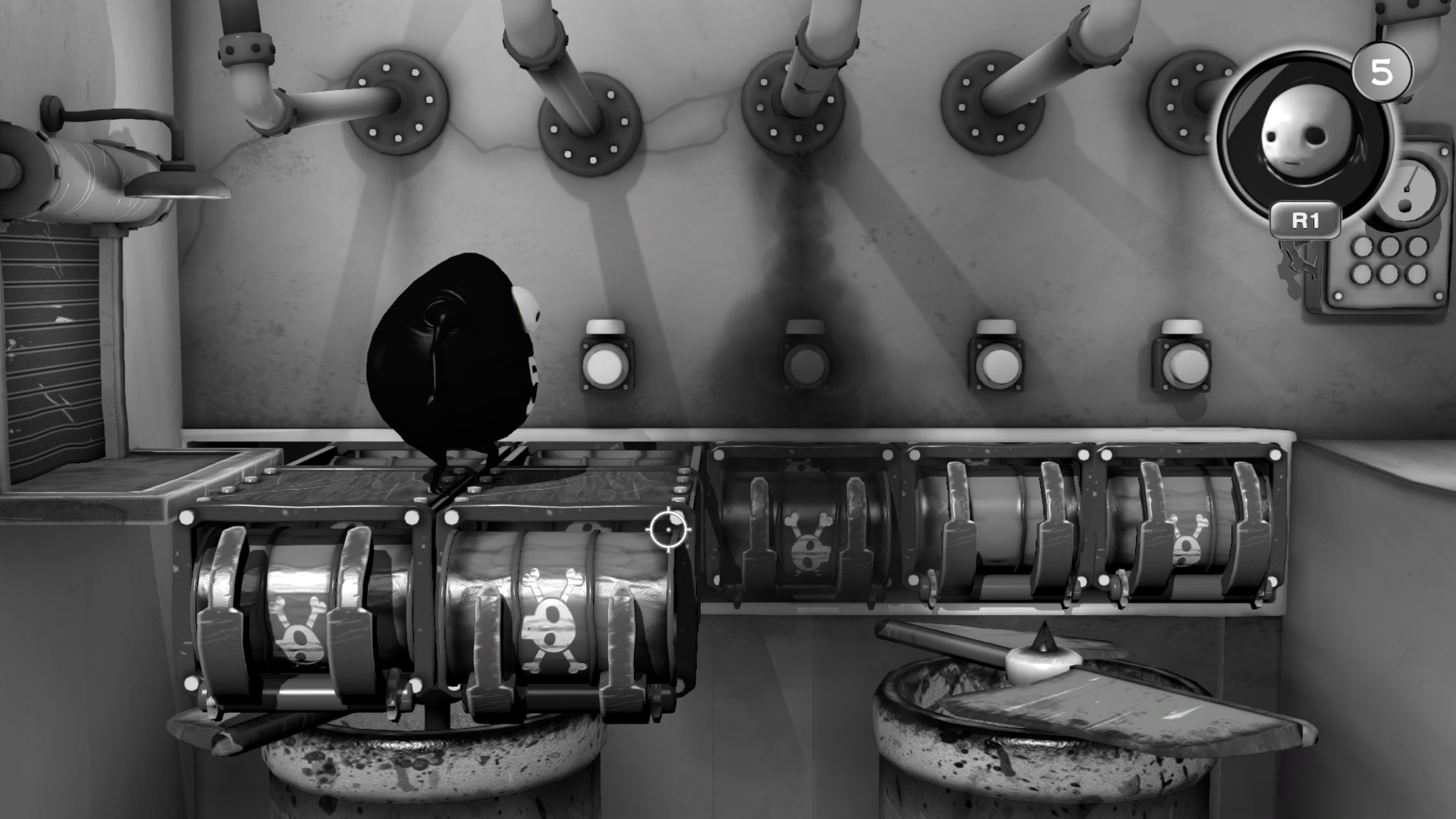 Anyone that’s into puzzle-based gameplay is going to absolutely fall in love with Escape Plan.  It’s really one of the more entertaining PS4 titles as well, offering you an opportunity to both try something entirely new as well as get used to the DualShock 4’s touchpad mechanics.  Retro gaming enthusiasts will also feel rather well-served too, especially considering that you’re essentially dealing with a 2D platform that’s been enhanced through modern trappings.  If you’re in the mood for something fun and different, you’ll definitely want to check this game out.

This sounds like a cool game, strategy game are a serious necessity. With games like candy crush we need a puzzle game for PS4.

This sounds like a cool game, strategy game are a serious necessity. With games like candy crush we need a puzzle game for PS4.

This game isn’t amazing but it’s good.. if you like strategy games then you should 100% get it. It wont excite you with action though.