There are some game developers who are known for creating a single type of game so well that it’s almost impossible for others to get near. Whether it’s From Software’s sublime work on the Souls series or Ubisoft’s superlative sandbox franchise Assassin’s Creed, some studios are undisputed masters of their craft. When they make games, they raise the bar every time and force others to keep up with them.

The same could be said for UK-based studio Codemasters. Although Codemasters’ headquarters are in Southam in Stratford-on-Avon, many from the Midlands also like to claim the studio for their own. Wherever they’re from, they’ve been working on the official F1 series of games since its soft reboot back in 2010. Each F1 game has iterated successfully on the last, and Codemasters has built an empire on the tarmac.

Now we find F1 2019 before us, bucking the usual release trend of launching in August-October time. F1 games normally launch when the season’s races are all but finished, but F1 2019 finds itself in pole position. Every time a new F1 game comes out, it’s clear to see that Codemasters prides itself on this franchise and loves every second of making it. Can the same be said for 2019’s iteration?

The first thing to say about F1 2019 is that it looks absolutely stunning. This won’t shock anyone; simulation games are well-known for their graphical fidelity, and Codemasters’ F1 games have a reputation for beauty. Still, F1 2019 is nothing short of gorgeous. Night-time races shimmer beneath sharp lights, rain slicks tarmac and glimmers in the sun, and the cars on display are rendered in painstaking detail.

Honestly, F1 2019 is a game it would be easy to just sit and watch. If you’re looking at screenshots of this game, you could be forgiven for thinking that they’re photographs from the real event. How Codemasters has achieved this we don’t know, but you need to play this game on a PS4 Pro or equivalent to fully enjoy what it has to offer. F1 2019 demands to be experienced in 4K.

Of course, all the shiny visuals in the world won’t buy F1 2019 a free pass if it’s not up to scratch in the gameplay department. It’s easy to disparage racing games for feeling identikit; after all, how much more can the sport really be changed? Once you’ve nailed the feeling of speed and freedom F1 brings, can you really improve on that formula (no pun intended) any further?

Thankfully, F1 2019 finds a way. The handling here is superb. Every car feels distinct from its siblings, and the physics are incredibly satisfying. I’ve never driven a Formula One vehicle, but thanks to F1 2019 I have a pretty solid idea of how it would feel. This game does more than almost any racing game before it to bring the real Formula One experience to console gaming.

Tyres grip, but they’re prone to sliding as the race goes on, so you’ll need to keep your eye on the road and your hands on the wheel. Weather conditions feel like real challenges rather than just annoyances thanks to a responsive, springy physics engine. The sound design and atmosphere are top-notch. Everything here contributes to the feeling of actually driving in a Formula One race. 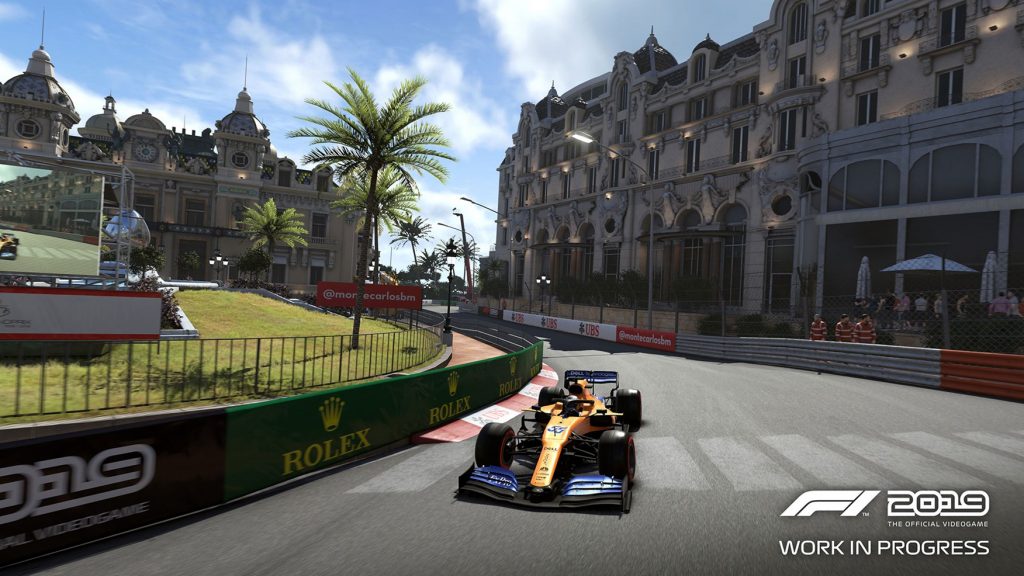 That feeling extends to the career mode, which is as fully-featured and robust as it’s ever been. I don’t want to spoil its many surprises, but I will say that the characters Codemasters has created for the game are surprisingly lifelike and empathetic. This doesn’t just feel like playing a racing season; instead, it feels like living through the drama and rivalries of the real Formula One.

There’s been an overhaul in the multiplayer department, too, so if you’re not a single-player aficionado you’ll find plenty to love there. Each player now has a Super License which improves matchmaking over last year’s entry and ensures players will only race against equally-skilled players. It works pretty well; we didn’t find ourselves massively overmatched when we raced online.

Of course, if we had, it would all be part of F1 2019’s appeal. Sometimes, in career mode, you’ll come up against racers you don’t have a hope of beating. If this were to happen in other games, you’d feel frustrated. Not so in F1 2019. In the real Formula One, racers are often only as good as their cars, so adding this undeniable element of unfairness simply adds to your motivation to win and become the best.

Perhaps the only black mark against F1 2019 is the fact that it is yet another Formula One game. These games are more like FIFA than anything else now; yearly iterations adding small features and improvements rather than overhauls. I wouldn’t have minded seeing some more daring or bold inclusions to career mode or other single-player challenges, but it’s not fair to hold Codemasters responsible for pleasing their fans.

Codemasters has, to put it simply, done it again. F1 2019 is a fine addition to racing games and an excellent continuation of an already superb series. Responsive physics, extremely robust gameplay modes, and long-lasting multiplayer contribute to the crown jewel of racing games in 2019. We’ve still got half of the year to go, but it’s hard to know how anyone’s going to be able to top this. 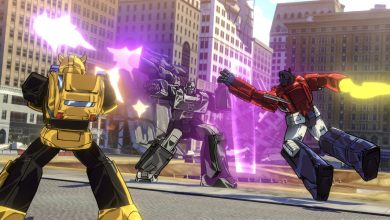