Before we begin to delve into specific issues here, let’s start out by taking a deep breath so as to avoid losing control of ourselves.  Yes, it’s EXTREMELY frustrating to have to deal with false-start issues regarding the purchase of a shiny new piece of consumer electronics, but we should always keep in mind that these things do happen.  It’s not just Sony that has to deal with these types of failures; they’re a fixture of modern manufacturing, economics and sales in general.

In other words, it’s not uncommon to pick up some new gadget and have it malfunction in some form or fashion; it’s just that when this occurs with a console, it appears to be much more “visible”, from the market’s perspective, that is. It should also be noted that having a faulty PS4 is rare, however, like any new release, there will always be a few. Regardless, you’re probably sitting there wondering, “Fine, but how does that help me?!”  Not to worry…help is on the way; you’ll be back up-and-running in no time (with our help, of course).  At worst you might need to do a bit of mailing (and waiting), but rest assured, you’ll soon be exploring the PS4’s launch title list with wild abandon.

Anyway, here are some of the most common problems encountered by new PS4 owners (thus far) as well as their respective solution(s):

As of the writing of this article, the PS4 has just gone on sale in the EU region, to great aplomb, I might add.  In fact, the console has done so well that it seems to be bogging down the PlayStation Network service – so much so that Sony has even suspended the ability to redeem / access vouchers for the time being.  If this accurately describes your issue (that being largely related to “connectivity”) then you need only give it some time, they’re working on refining the service as we speak.  Specifically, Sony had this to say:

“We are aware some users are experiencing issues logging into PSN on PS4 due to the heavy traffic we are receiving, we’re investigating.  To minimize the inconvenience we have suspended the ‘redeem voucher’ functionality whilst we investigate further. Unfortunately this means that money cards, product vouchers, PlayStation Plus vouchers, PS3-PS4 upgrade vouchers and any other vouchers for digital content are not redeemable at this stage..”

Specific error codes which might also be related to connectivity issues are:

The “BLUE LIGHT” of Death

Hands down, this is probably the most annoying, scary and outright frustrating problem facing some new console owners.  You expect to see the light turn from blue to white (indicating that certain bits of hardware are booting up).  However, a certain percentage of PS4’s only remain blue with a blinking light, indicating a range of problems including, but not limited to the following:

First off, check out Sony’s own “Troubleshooting Guide” before doing anything else.  In it, you’ll be directed to do some of the following things:

The “RED LINE” of Death

Similar to the blue lights problem, it’s being reported that issues related to a red line appearing across the screen of consoles is directly caused by the PS4 overheating.  If you don’t hear the units fans kick on then you need to make sure they’re properly connected, and if so, they’ll need to be replaced.  You should probably request a replacement console.  Visit your retailer’s shop or online store for information on the steps involved in an exchange.  If worst comes to worst, contact Sony directly via customer service.  It also goes without saying that you shouldn’t place your PS4 on carpeting, bedding or any other type of surface that might impede the general flow of air.  Always place it in an area that’s open and free of dust.

The Disc Tray not ejecting properly

As with many of the other disc-based consoles that have come before it, the PlayStation 4 also seems to be suffering from some problems related to non-functional drives.  In other words, you hit the eject button and nothing comes out.  For most people it would seem that the issue is best resolved by simply turning the console on its edge (positioning it vertically instead of horizontally).  Another solution is to simply perform a manual eject by locating the screw found here.  Once you’ve done that you can open up the tray and pull it out the rest of the way so that your disc can be removed.  At present Sony isn’t exactly sure why this particular problem is occurring, it could even be software-related.  They’re working on a fix right now, it would seem.

Rather than let these kinds of routine issues hamper your overall enjoyment of the PlayStation 4 launch, try to see the experience as a character-building exercise.  It’s sort of comparable to holding a really smashing dinner party with great food and atmosphere and having one uninvited guest try to completely spoil the event, if you think about it.  Simply put, you don’t want to fall into that trap where you let one negative factor distort the value of either the console itself or your overall enjoyment.  Remember, we are talking about a device here which was designed for “entertainment”, so try to keep that in mind while correcting these issues.  (Also, emotionally charged individuals don’t necessarily make the best repair persons, hint, hint.)  Good luck. 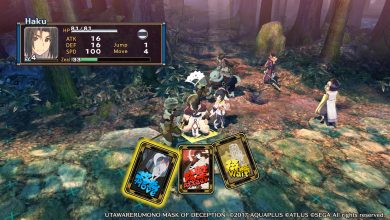 Thankfully i didnt get any problems with my ps4.

my only “issue” was i was hearing a “torx” loose inside the machine until used for very first time de discdrive. After it, the loosen torx dissapeared.
Any explanation?