With a huge map to play around in, a lot of people will probably be inundated with so much sensory data that they don’t know where to start in InFAMOUS: Second Son.  Well, here are some quick and easy tips that will help you supercharge your playthrough and help you topple all those who stand in your way…

Try to stick to long-range tactics

While you might be tempted to just fly down in the midst of a crowd of baddies and let loose the hounds of war, in most instances, this would be a mistake.  It’s a much better idea to hang back and use the smoke shot rather than jumping in for some combo damage.  In fact, if you can stick to the rooftops and always find inventive ways to disappear into a vent as you’re being tailed, you pretty much can’t be stopped.  In this instance, your smoke dash becomes infinitely valuable as a means of ascending.  Naturally, you can just scale surfaces, but it’s better to be covert whenever possible.

Whether you’re good or evil, stick to one side

Infamous: Second Son has a (more or less) dualistic karma system, meaning – you are essentially performing benevolent or malevolent acts at any given time.  It’s a good idea to just stick to one side once you’ve decided how to handle things.  For instance, rather than healing some citizens or killing others, try to do the same thing every single time.  In this way, you are assured to build up a stronger and more balanced Delsin.

Do you want to upgrade your powers?  Obviously the answer is yes to that (unless you’re trying some type of weird speed run to showcase your skills of course).  There are basically three places to find Blast Shards: mobile command centres, mini aircraft, and hand scanners.  Likewise, if you destroy a command post you’ll find that all the locations for additional blast shards are highlighted.  Needless to say, this is something that you’re going to need to do if you really want to dominate the game and fly through subsequent missions as the game increases in intensity. 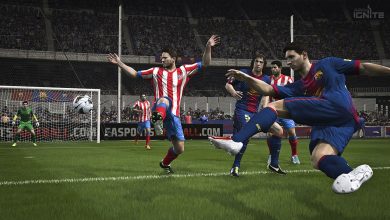