With Just Dance 2016 now available, we thought it was only right to also review last year’s offering too. So let’s get started. It’s arguably the best party game on the PS4 right now, perfect for gamers with kids or significant others who can’t (or won’t) play FIFA or Call of Duty with them. Incredibly easy to learn and have a good time with, Just Dance only requires that you have the PlayStation Camera to get started.

So, if you haven’t played a Just Dance title yet, you’re probably wondering what the game is all about. Inspired by games like DDR and Guitar Hero, Just Dance displays a series of dance moves on screen and uses the PlayStation Camera to judge how accurately you’re replicating them, all to the beat of various pop hits. 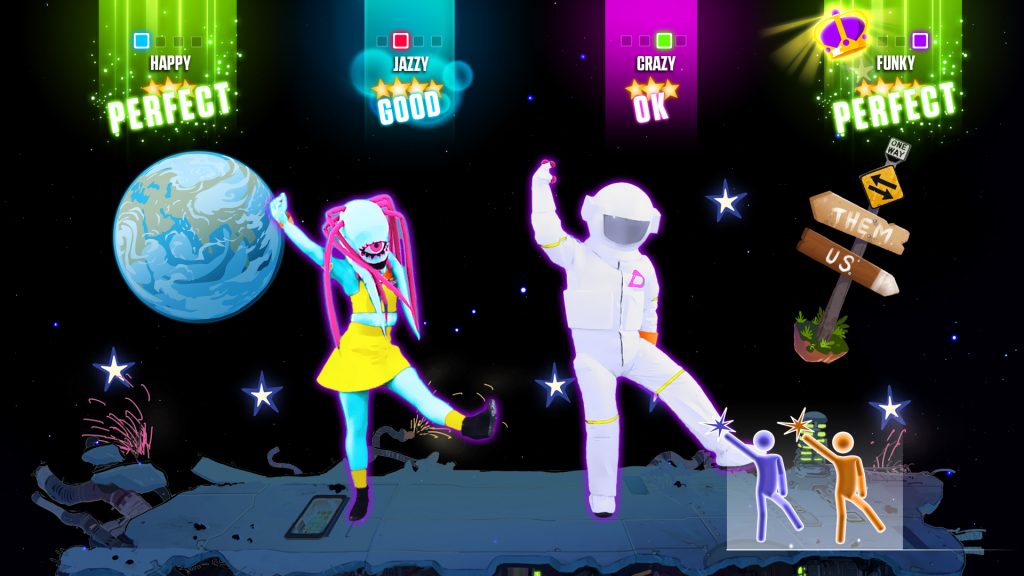 The system doesn’t expect you to be a finalist on “So You Think You Can Dance,” though- it’s incredibly forgiving and perfect for casual players that just want to have a little fun. There are difficulty modes and the game can get a little challenging, but it’s mostly about repeating a series of basic moves with a few variations.

Still, at the completion of many songs you may find yourself out of breath, but a lot of that will be due to the fact that you’re laughing so hard after watching yourself and your friends make complete fools out of yourselves on camera in the front of the room.

So what’s new in Just Dance 2015? A lot of social media integration, for starters. The game features a “wall,” a la Facebook, that lets you keep track of what your friends’ high scores are, which videos they’ve decided to upload, if they’re online right now, etc. You’ll also be able to challenge your friends to competitions, sending them a “ghost” of your best performance that will dance alongside them as they try to beat your score. 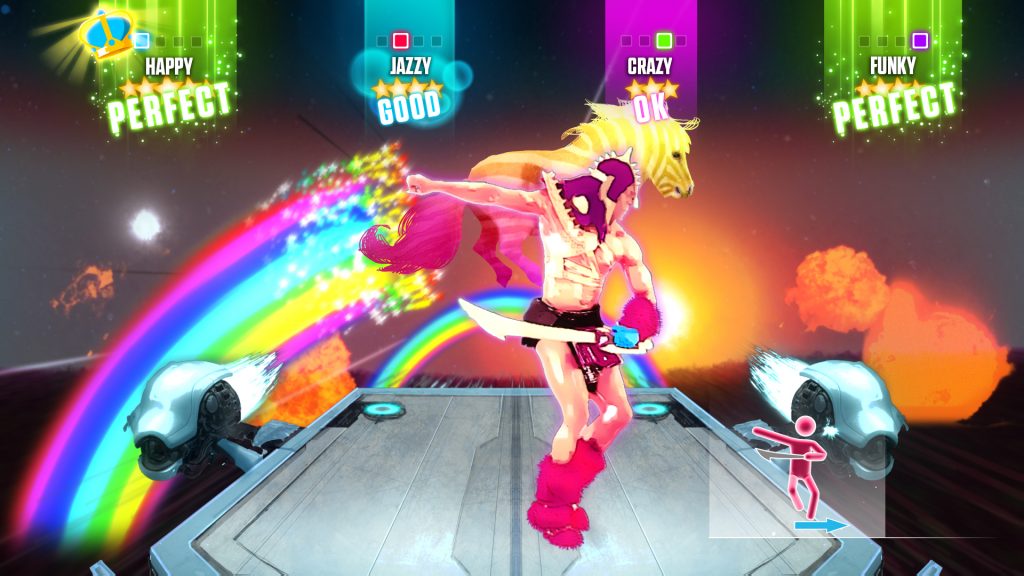 Of course, any rhythm game is only as good as its track list. In Just Dance 2015, you’ll be able to groove to modern hits like “Happy” by Pharrell and “Let it Go” from Frozen, “Problem” by Ariana Grande and even electronic hits like “Addicted to You” by Avicii. For when the parents want to get involved, there’s the always classic “Ain’t no Mountain High Enough” by Marvin Gaye and Tammi Terrell, “You Spin Me Right Round” by Dead or Alive, and “Walk This Way” by Run D.M.C. and Aerosmith. Miley Cyrus, Lady Gaga, Iggy Azalea, Katy Perry, Maroon 5, and more round out the list.

Just Dance 2015 is a game for two types of people. If you like to host parties and have your friends and family over for a memorable night, you’ll love it. If the kids use the PS4 and need a good game to keep them occupied for the foreseeable future, you’ll love it. If you’re a hardcore gamer that plays Battlefield and survival horror games constantly… you’re probably not going to like it. Still, if you have a PlayStation Camera and want to have a good time with a romantic interest, your family or some good friends, Just Dance 2015 can be a nice distraction. 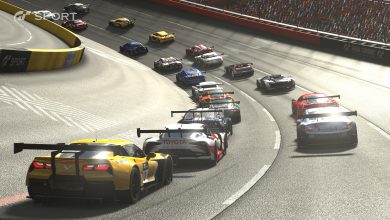