After a lengthy build-up, Metal Gear Solid V: The Phantom Pain, the latest title in Konami’s long-running stealth-action saga, was finally released in September 2015. And while the vast majority of critics had high praise for the game, reception among players has been far more divisive, with perhaps the most common complaints revolving around its narrative and characters.

As someone who has been playing the series since 1998’s Metal Gear Solid, in my opinion series mastermind Hideo Kojima has always been a better game designer than writer anyway, and here we have the perfect example of this, as even though the writing in The Phantom Pain has a number of significant problems, the actual gameplay is good enough to make the game one of the best stealth-action titles I’ve ever experienced. 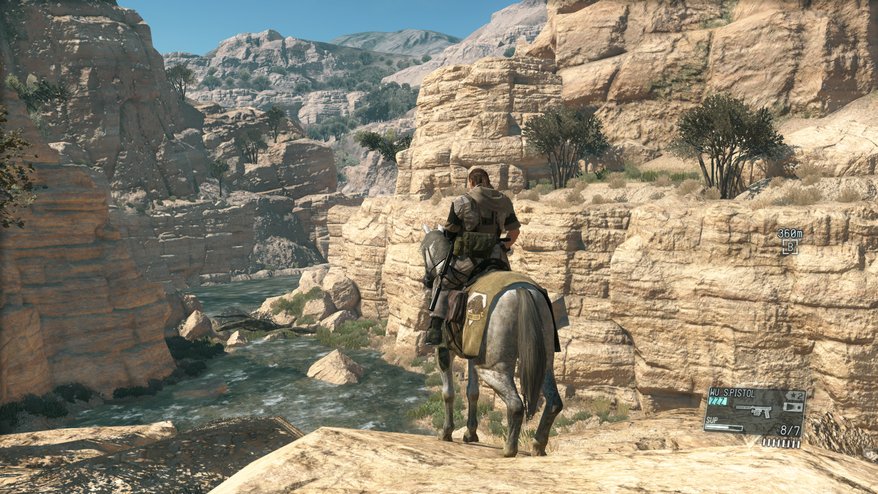 Powered by Kojima Productions’ Fox Engine, The Phantom Pain features fantastic graphics and a smooth frame rate, an impressive achievement given the scope of the game’s two vast open-world maps, the visuals doing their part in immersing you in the game-world as you take on the role of legendary soldier and mercenary Big Boss (AKA “Venom Snake”), a man who, with the support of his mercenary outfit Diamond Dogs, is out for revenge against the people who put him in a coma for nine years.

Upon completing the opening prologue – a linear and cut-scene-heavy section, but an undeniably impressive one – you then find yourself in the first of the game’s two main maps, a region in Afghanistan, the second map being situated in Africa. Although Metal Gear Solid V: Ground Zeroes removed some of my scepticism regarding the concept of open-world stealth, it was only when I played The Phantom Pain that I became fully convinced. And although the two maps aren’t perfect – it would have been nice if exploration was rewarded a little more, for example – traversing and operating within them is never a chore. 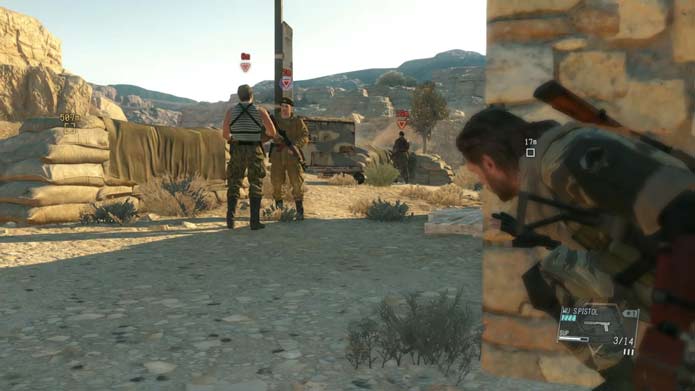 The focus of the gameplay is naturally stealth, the missions tasking you with infiltrating compounds, rescuing prisoners, locating intel files, eavesdropping on vital conversations, assassinating or capturing certain enemies, destroying or capturing certain vehicles, etc. But what The Phantom Pain does more so than any previous Metal Gear Solid game is offer you an incredible level of freedom in terms of how you wish to complete your objectives, while also delivering a control scheme which feels far more natural and intuitive than those found in previous games.

For example, in one early mission, your main objective is to remove an enemy commander from the field, either by killing or capturing him (the latter option being more rewarding but naturally more difficult), the trouble being that he’s stationed in a small village crawling with armed soldiers. Well, there are numerous ways in which you can complete this objective.

If you’re going for the lethal option then you could watch the village from a distance until the commander shows his face, and then kill him with a sniper rifle or rocket launcher; or perhaps you could attach explosives to a jeep, drive it at speed into the village, bail out, detonate the explosives and then mow down anything left in your path with a machine gun.

Whereas if you’re attempting to capture rather than assassinate the commander, you’ll need to get close to him, and non-lethal strategies include detonating explosives outside the village, causing a distraction which some soldiers will investigate, potentially giving you a clearer path to the commander; calling in an air strike of sleeping gas; or waiting for a sandstorm to blow in, allowing you to bypass many of the surrounding soldiers due to the poor visibility. (Unlike Afghanistan’s sandstorms, the Africa map’s main weather feature is rain, which masks the sound of footsteps). 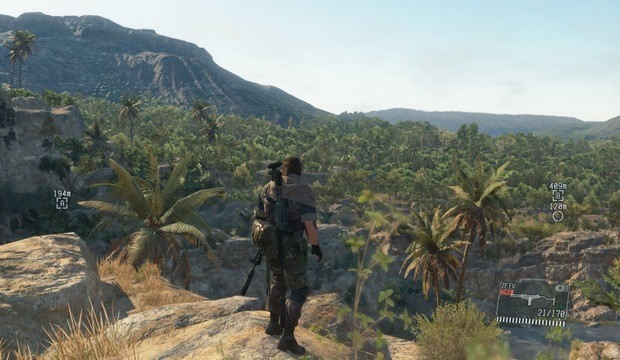 And of course, different mission objectives, locations, enemy forces, and available equipment all introduce different variables to consider. And the number of variables only increases as the game progresses, such as how enemy forces adapt to your preferred tactics – if you’re frequently making headshots then expect more soldiers to start wearing helmets; if you operate more often at night rather than during the day (the game features a day-night cycle), more enemies will be equipped with night-vision goggles; and so on.

But to help you counteract this feature and other obstacles, The Phantom Pain offers a wealth of weapons and equipment for you to unlock as you play. Weapons and gadgets include pistols, assault rifles, shotguns, sniper rifles, rocket launchers, mines, grenades, stealth camouflage, night-vision goggles, and Snake’s own prosthetic arm, which can be upgraded in various ways.

Players who opt for a non-lethal approach certainly aren’t left out as there are plenty of suitable options, from tranquiliser pistols and sniper rifles to sleep grenades and inflatable decoys. Then there are vehicles such as jeeps, trucks and tanks, and a selection of AI “buddies” such as Quiet, a sniper with supernatural abilities; and DD, a dog who can smell out as well as incapacitate or kill enemies. 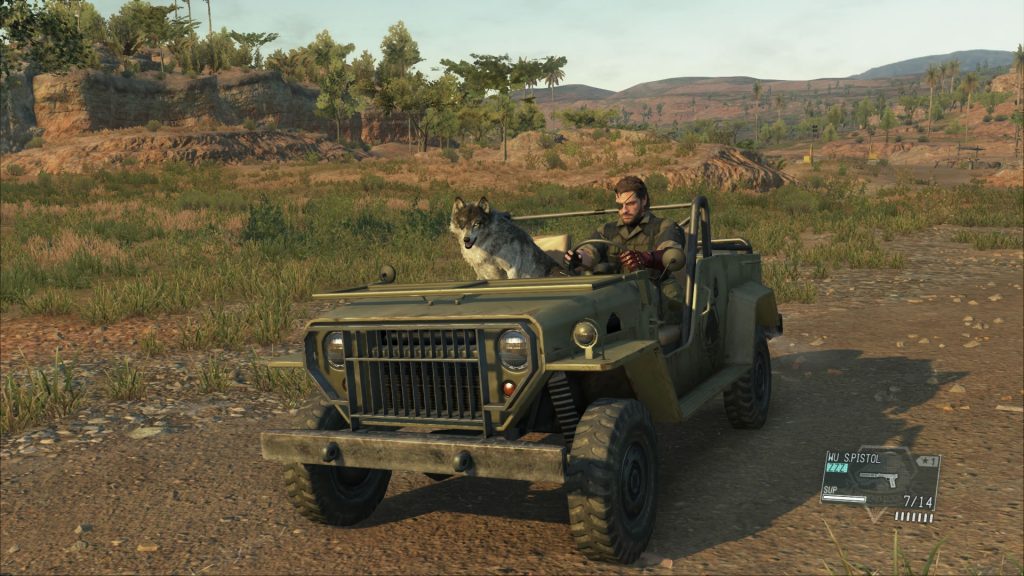 The unlocking of items is often tied into The Phantom Pain’s base-building mechanic, which sees you expanding Mother Base, the home of Diamond Dogs, through the investment of money, resources and staff. While you can visit and freely walk around the offshore platforms which make up Mother Base, the actual running of it is all done via a menu system which is easy to use and never gets in the way of the action – welcome news given that the Mother Base feature has a considerable impact on the actual stealth-action gameplay.

Mother Base also features significant online elements, such as your ability to infiltrate another player’s Forward Operating Base (essentially an extension of Mother Base). Although these bases are defended to varying degrees, depending on how much the defending player has invested in security, successfully infiltrating them will reward you with money, resources and new staff. 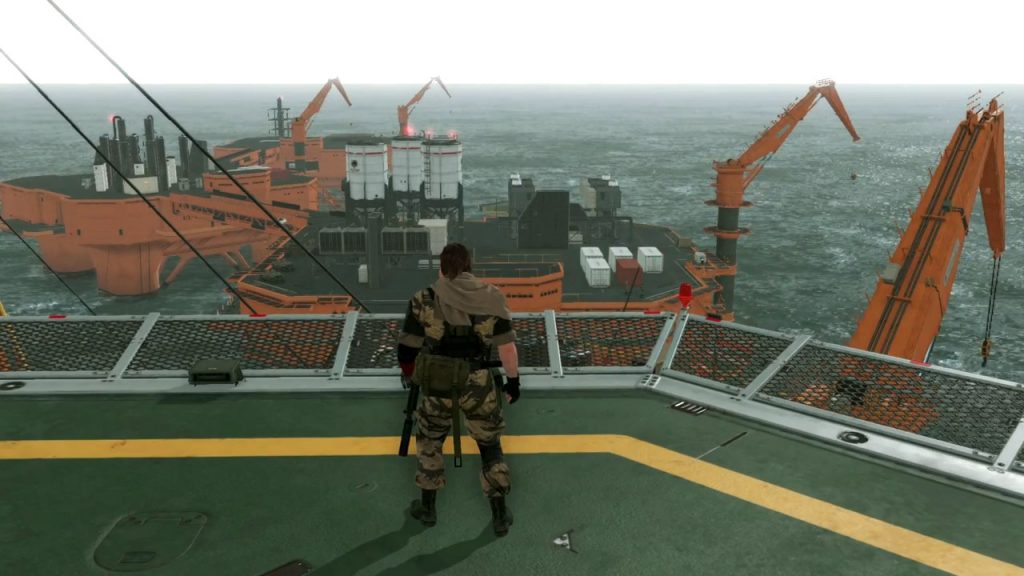 Also, if a player is online when their base is invaded then they have the option to deploy there and attempt to stop the infiltration by capturing or killing the other player. It all adds up to a pretty cool multiplayer mode woven into the single-player game, one you can dive into or ignore as you see fit.

Alongside The Phantom Pain’s narrative problems are negative points such as the repetitive nature of some of the side-ops; the unnecessary inclusion of credits at the beginning and end of every mission; Konami forcing the player to store a percentage of in-game funds and resources online; and Hideo Kojima’s decision to replace long-time Snake voice actor David Hayter with Kiefer Sutherland only to then give the latter barely any dialogue anyway. 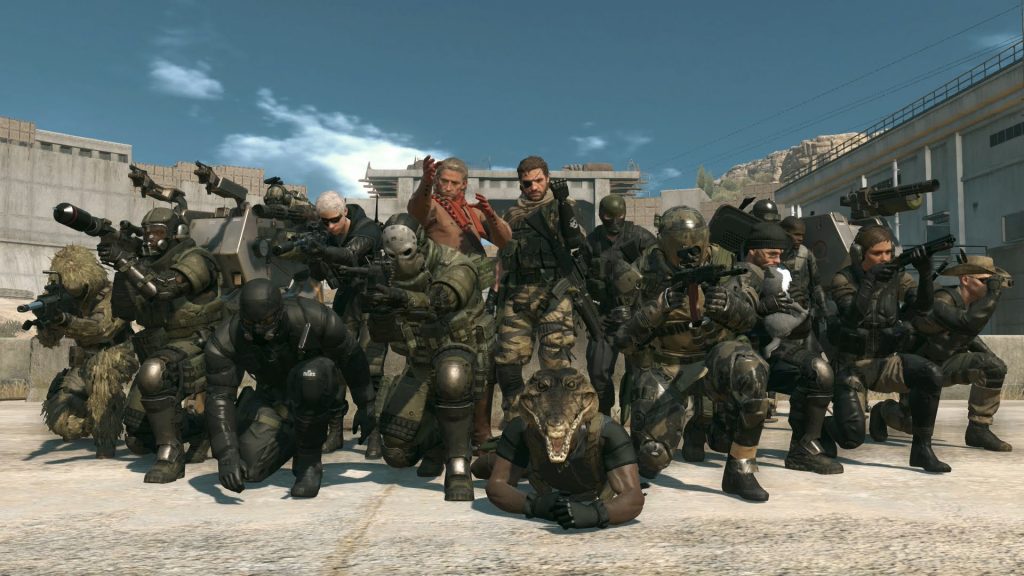 But the game’s flaws are massively outshined by its strengths, both the ones I’ve discussed above as well as others such as Metal Gear Online, the game’s main multiplayer mode which I’ve had hours of fun with and for which Konami has shown a surprisingly high degree of support; the way in which The Phantom Pain ties into the very first game in the saga, 1987’s Metal Gear, bringing the series full-circle; the huge amount of replayability afforded by optional mission objectives; and more.

One theme touched upon in the Metal Gear Solid series is how legends are often false constructs which don’t hold up to the harsh light of reality. But as far as I’m concerned, the reality in this case is that despite its flaws, ultimately Metal Gear Solid V: The Phantom Pain is a game that lives up to the legend. 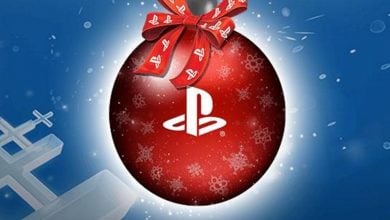