The way video games across all platforms are going, there’s a pretty clear divide between big studios with big names, big budgets, and big press coverage, and the smaller indie game marketplace. Let’s not kid ourselves into thinking one is outright superior to the other, especially when games like Minecraft and Counter-Strike have already proven bigger successes than a lot of AAA titles, while series like Uncharted and God of War routinely run circles around indie games. However, it’s usually pretty easy to tell which is which; AAA titles use time-tested formulas and jaw-dropping graphics, while indie games are experimental, trying something a little new with a more minimalist art style. It’s a line that everybody, even non-gamers, can figure out.

With the game No Man’s Sky, however, that line might have just been blurred beyond recognition.

For those of you who don’t know, let’s start with the basics. While details have been intentionally vague, No Man’s Sky is an open-world space exploration game coming from a mostly unknown startup company by the name of Hello Games, whose previous claims to fame were the Joe Danger series and little else. While this may smell a lot like any one of a thousand other indie titles, this is where the similarities end, and its differences could change the way we all think about indie gaming.

While No Man’s Sky may have indie gaming in its bones, it’s got the heart, soul, and computing power of a full AAA title, and it’s more than willing to open that up as a PS4 exclusive. The real secret to No Man’s Sky is something called procedurally generated content, an older concept in games that generates levels and other such pieces following an algorithm rather than an individual artist rendering every single environment. Essentially, it sets out a few rules, reaches into the game’s art assets, and allows the game to create its own random levels, saving a lot of disk space and programming time. While early procedurally generated content was designed to save disk space or add a little bit of random generation, it’s picked up some steam in the last decade due to games like Left 4 Dead and Dwarf Fortress. With No Man’s Sky, however, they’ve really gone all-out with procedural generation; we’re getting a universe with quintillions of planets (no, that isn’t a typo, we really do mean trillions of billions of individual planets), each one of them filled with procedurally generated plants, animals, landscapes, weather patterns, and a host of other features designed to give every player a truly unique gaming experience. With the PS4’s hardware behind it, No Man’s Sky may be the first entirely unspoilable game ever created.

For the PS4, this is an absolute god-send. In terms of raw computing power, No Man’s Sky really shows us what this new generation PlayStation is capable of in a way that’s literally beyond comparison; while everyone may share one gigantic map, visiting every single world would take literally billions of years. Because it’s all algorithmic, Hello Games can use more of their disk space to create beautiful art assets, something that the PlayStation has always excelled at, and do it all with a team of ten people.

Once again, at first glance, No Man’s Sky looks like it’s trying to do something that other franchises have tried before, reducing itself to a single gimmick that gets boring after a week; if anybody remembers MAG or Watch Dogs, you know what I’m talking about. However, No Man’s Sky seems to be something special. When it debuted at E3 in 2013, it really and truly stole the show despite numerous setbacks in production and organization that an AAA game just wouldn’t have. For starters, because everything is randomly generated and always in flux, it was incredibly difficult to find something that would fit in a good trailer; this wasn’t a polished, pretty demo piece that the Hello Games crew was showing at the biggest video game conference of the season alongside multi-million dollar titles, but thoroughly unscripted gameplay. This was honestly as much a feature as an obstacle with this company, whose CEO said in an interview with GameSpot, even after the E3 demo blew everyone’s minds that the focus wouldn’t be on emulating the AAA titles with gameplay trailers or massive development teams, but just making a game the way they believe it needs to be made.

These implications are incredibly different than those of big-name studios; with a big title like Assassin’s Creed, you put a huge amount of time and effort into one big flagship product, so just to make back your costs; you’re forced to follow a set of rules that everyone expects. This isn’t to say that it’s bad, just a reality of gaming as a business where, at the end of the day, everyone still has to get paid. No Man’s Sky, however, is both poised for success and unapologetically different. If it can prove that different works, No Man’s Sky can encourage others big studios to follow suit, putting their big budgets behind cool, indie concepts in the future.

Keep an eye on No Man’s Sky when it comes out later this year; its success will definitely change both how we view video games and prove that even the big dogs of the industry still can learn a thing or two from the up-and-comers. 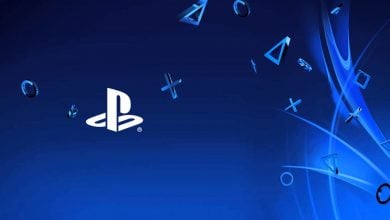 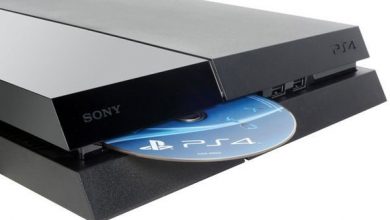 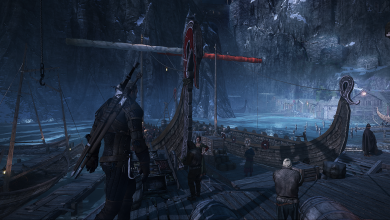 7 Games Coming Next Year That You Should Be Excited About