On its face, Abe’s Oddysee: New ‘n’ Tasty! is a complete rebuild of the 1997 bearing the same basic name, which (at the time) wowed original PlayStation gamers and added some additional creative flair in the platforming genre.  As one might expect, this new edition has improved upon its predecessor in every way imaginable be it visuals, engine (unity), cinematics or gameplay. 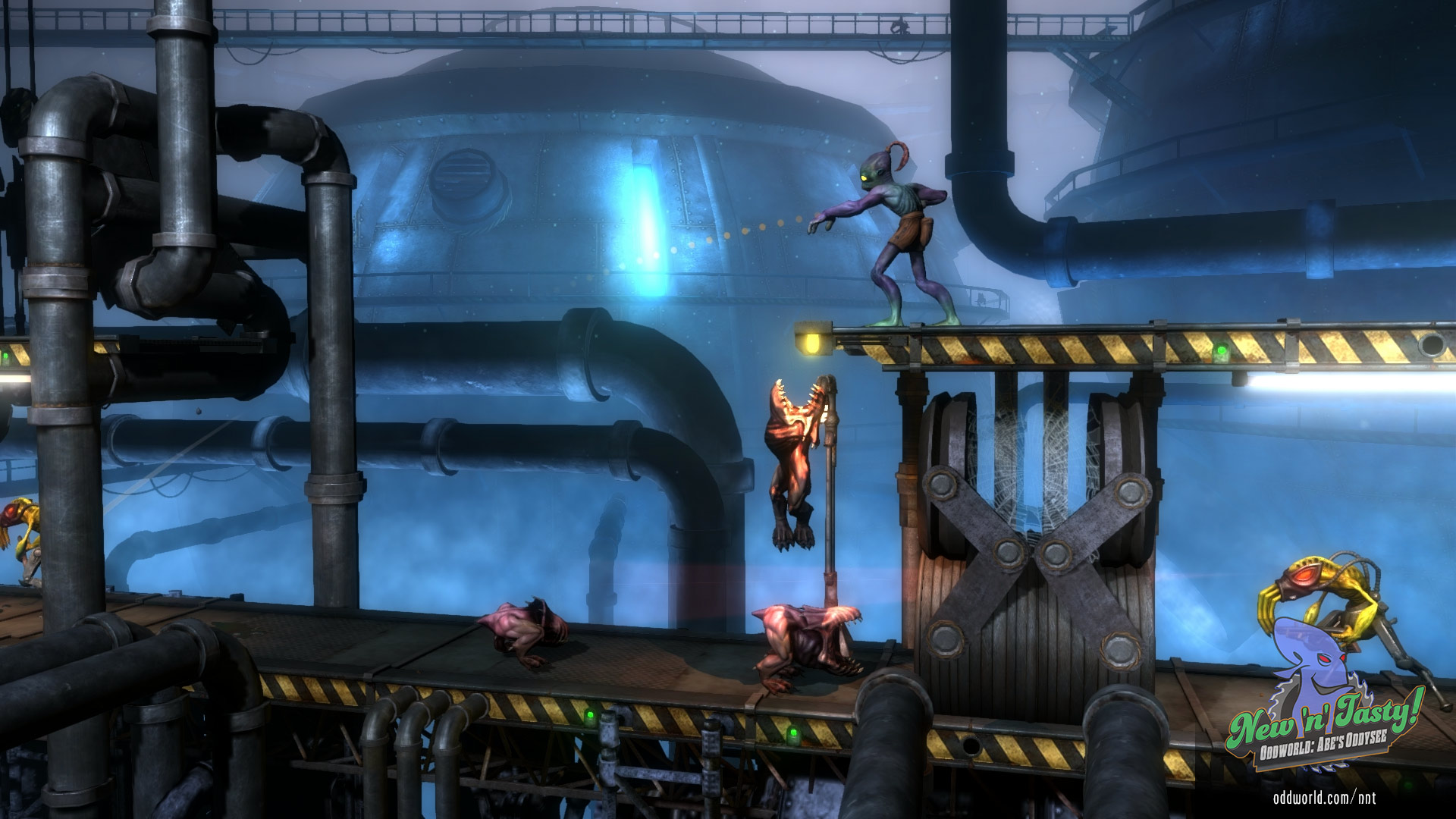 For those unaware, the game details the exploits and adventures of a Mudokon called “Abe” who, disgusted with uncovering the beginnings of a nefarious plot, seeks out to free his fellow slaves.  Without ruining too much of the story or giving anything away, let’s just say that this game neatly integrates conspiracy themes alongside enhanced traditional 2D side scrolling action to bring you a funny little game that’s one of a kind.  Moreover, this time around there’s better character interactions possible, meaning that you can talk and respond to NPC’s and the like.  Seriously, compared with the title’s original outing and features this offering is truly an amazing reboot.

The first thing most will take note of is the graphics, which have been completely redesigned and re-skinned from the ground up.  While it retains the same basic look of the original, everything is presented here in crisp HD, meaning that the immersion factor is enhanced considerably.  Overall, the game retains a cinema-like poise which makes it very entertaining indeed.  During the opening sequences we see that our protagonist is indeed wanted by the “authorities” on this world, having discovered that the evil corporation is actually turning people like himself into meat products.   Naturally, this doesn’t sit well with Abe and he decides to do something about it. 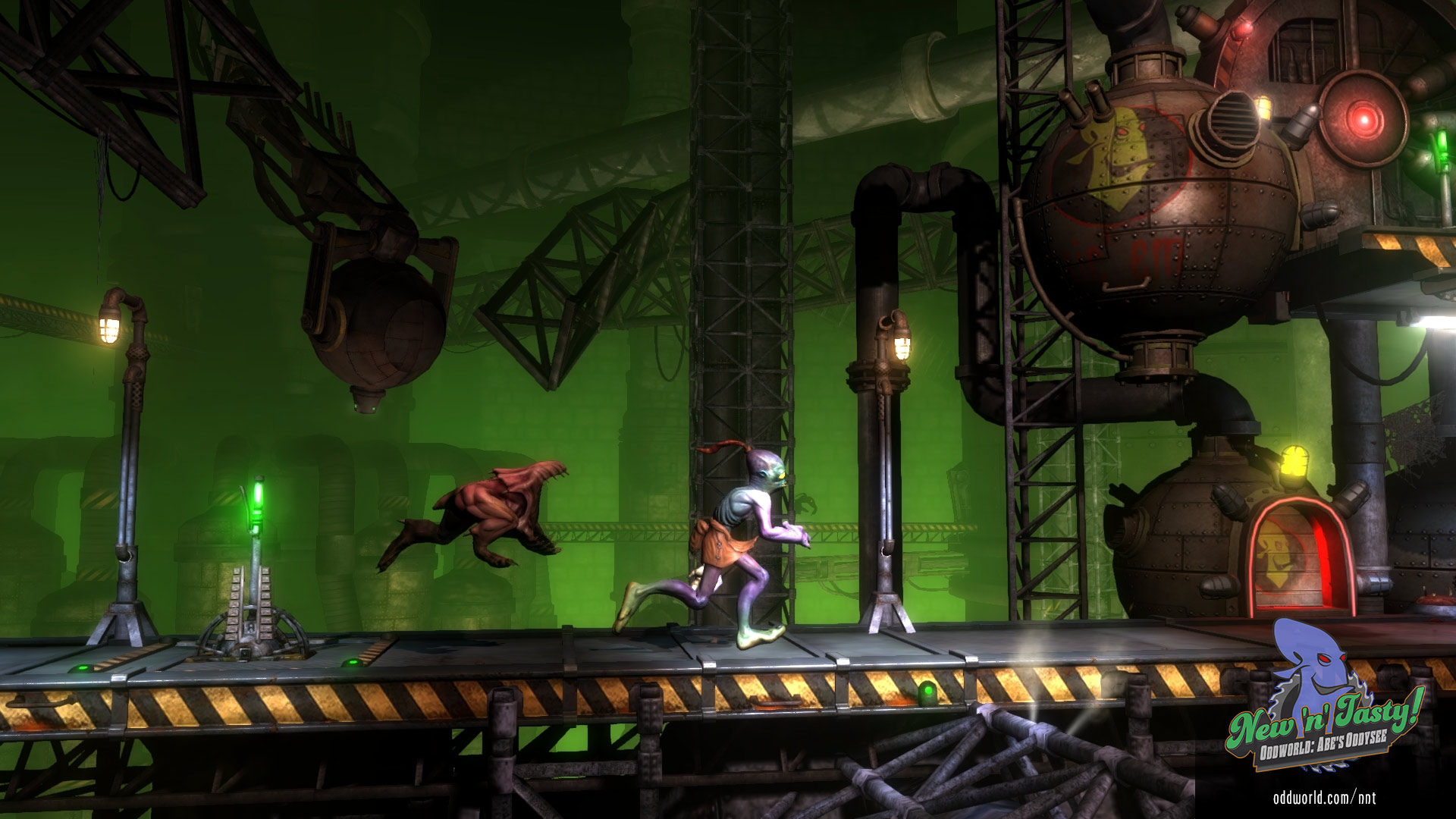 What makes New ‘n’ Tasty! worth playing of course is its gameplay, which again, relies on well-established platforming tropes as well as escort mechanics to deliver its wild story.  At its core, this title is all about solving puzzles, which will either sit well with you or not, depending on whether or not you’re in the mood for combat.  You can of course use your mind control abilities to tap into guard’s brains and send them hurtling to their doom, but amidst such mechanics there are also distinct puzzles which tend to make you want to avoid getting into fights as much as possible.  This game is all about progress and in that you can choose to either save yourself or risk it all to free your fellow slaves who are toiling away in the bowels of Rupture Farms.

Oddworld: Abe’s Oddysee: New ‘n’ Tasty! is an awesome revamp of a classic PS1 title and is definitely something that all fans of platforming should check out.  Compared with the original, this outing is truly spectacular and all the additions (be it graphical or gameplay-wise) have really transformed it into a more enjoyable experience overall.  If this is your first encounter with the franchise, definitely pick this up, you’ll be pleasantly surprised by how strange, funny and entertaining the game actually is. 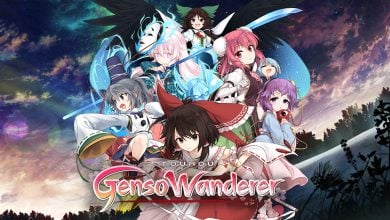 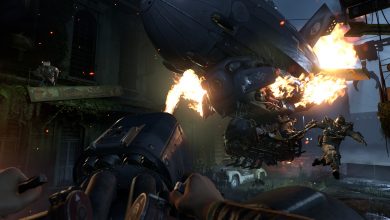