With the recent announcement of the PS4 Pro, gamers around the world are buzzing. Many people are wondering what exactly the Pro is and others already know they’ll be picking one up at launch. If you’re not sure where you fall, this article should help you figure out if the PS4 Pro is a product that you can justify dropping $400 / £349  on.

What is the PS4 Pro?

First of all, it’s not a PS5, but more like a PS4.5. Simply put, it’s a more beefed up version of the console you already know and love. The biggest difference between the Pro and the Standard PS4 is that the Pro supports 4K resolution, which means that it’s capable of producing some amazing graphics. Even if you don’t have a 4K TV, the Pro can handle 1080p games at 60fps, which is something that the existing PS4 hardware struggles with. The increased power also means smoother textures, longer draw distances and fewer framerate drops.

Do My Existing PS4 Games Work on the Pro?

Absolutely, and they always will. Every PS4 game released in the past and every game released from here on out will work on both the standard PS4 and the PS4 Pro. The Pro simply gives you better graphics. You can even transfer save data and profiles from your standard PS4 to the Pro by simply connecting an Ethernet cord to both machines.

What About PS VR?

PSVR will work with the Pro just like it does with the standard PS4. With that being said, it will work a lot better with the Pro thanks to the Pro’s increased processing power. The hardware will allow PSVR games to go above and beyond when it comes to immersion and realism.

If you don’t already own a PS4 but were thinking about picking one up, it definitely makes sense to go with the Pro version. Sure, it retails for about $100 more, but for those $100 you’re getting a machine that is twice as powerful as the standard PS4. That’s definitely a worthwhile benefit despite the upcharge.

What if I Do Have a PS4? Should I upgrade?

That question really boils down to another question… how much value do you place on graphics? If you’re the type of gamer that loves the visual aspect of the medium, then the PS4 Pro is absolutely for you. Yes, $400 is a lot to pay for a visual upgrade, but that upgrade should last you through the PS5 and will drastically improve the visual quality of every game that you play. Whether you’re going back through Uncharted 4 or you can’t wait to get your hands on the gorgeous Horizon: Zero Dawn, you’ll simply be blown away by how realistic those games look on the Pro hardware.

If you don’t have a PS4 already or you’re a self-proclaimed graphics snob, the PS4 Pro should be a day-one purchase. If you’re satisfied with the visuals that the PS4 is already capable of, there’s really not a lot else that the Pro can add to your gaming experience. Of course, your opinion may change in the future once PSVR drops, but in the meantime you should be fine with your standard PS4. Who knows, the Pro may even see a price drop in the future either way! 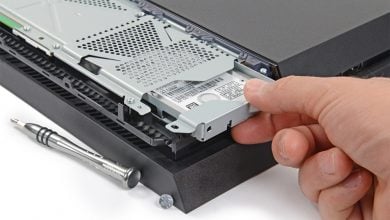 How To Expand Your PS4 Storage