It seems that in recent years an increasing number of new videogames have been falling into one of two categories: high-profile, high-budget, “AAA” blockbusters; or smaller-scale, low-budget, “indie” titles. But what about the middle-ground? What about those games which don’t really belong in either category and instead fall somewhere in between? These “Stuck in the Middle with” features are dedicated to looking at some games which, whatever their final level of quality, could be described as mid-tier releases. 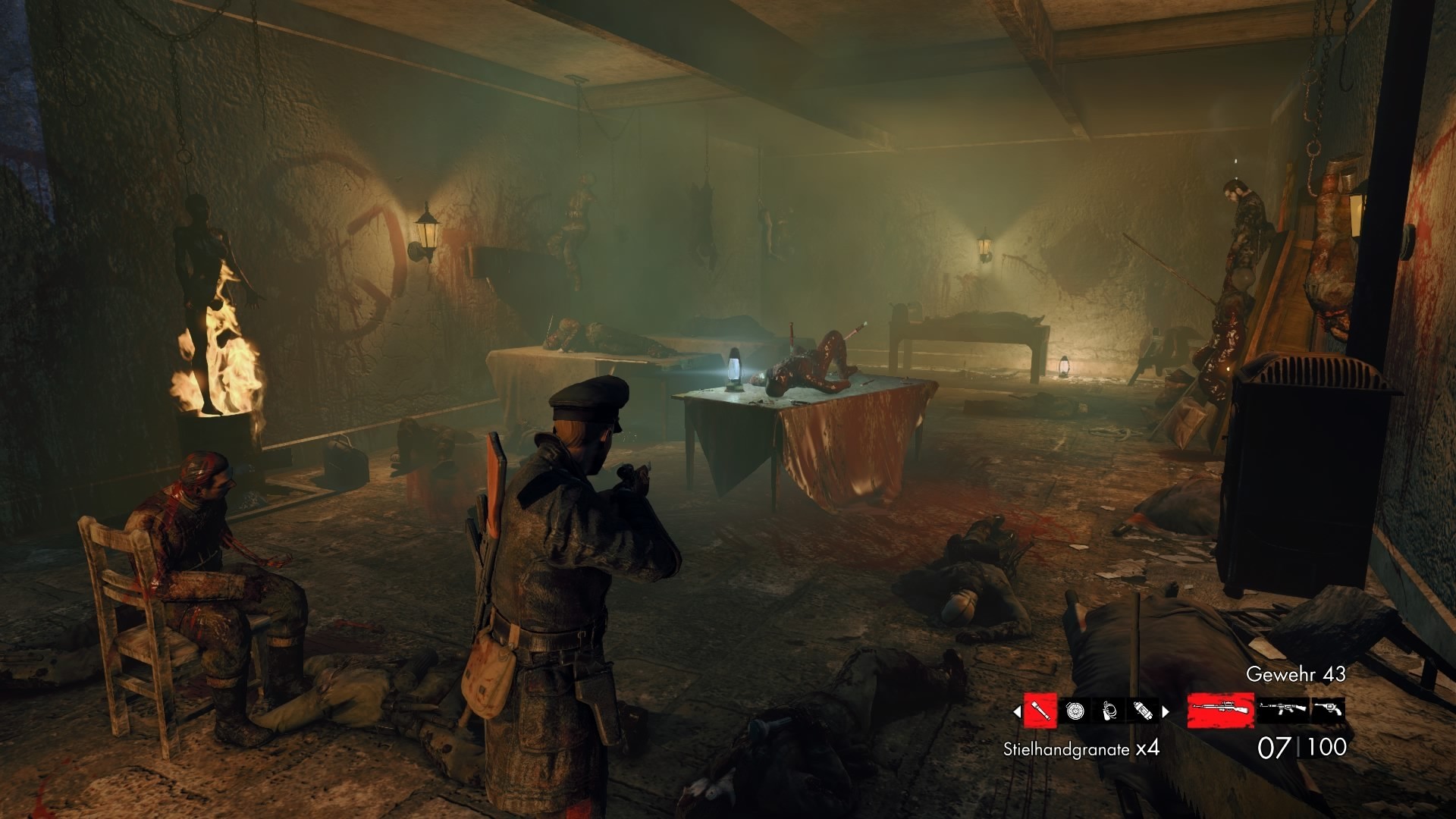 Ah, the Nazi zombie. A poor choice of entertainer for your child’s bar mitzvah, but a great choice of videogame antagonist.

And if you’re looking for a game which lets you mow down hordes of the rotting buggers then Rebellion Developments’ Zombie Army Trilogy (2015) should be right up your alley. A third-person shooter and spin-off of the Sniper Elite series, Zombie Army Trilogy takes place during the closing days of World War II, after Adolf Hitler has carried out an occult ritual which has resurrected the fallen German forces, meaning that Germany is now swarming with Nazi zombies who Hitler is using against the Allies. Playing as one of several Allied agents, your job is to cut down the zombies in your way and ultimately stop Hitler’s undead forces from taking over the world.

The game’s story mode consists of three acts, the first two being remastered versions of two pieces of downloadable content from 2012’s Sniper Elite V2, while the third act was created for Zombie Army Trilogy. Alongside the story is a horde mode, and both modes can be played solo or cooperatively online. 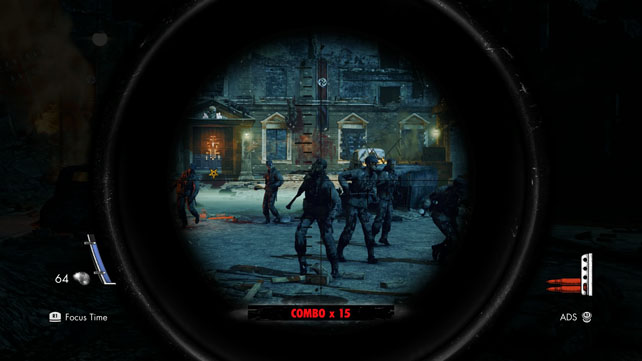 Although a spin-off of the Sniper Elite series, Zombie Army Trilogy doesn’t bother with stealth and offers very little in the way of tactics or planning, and although the sniping mechanics from earlier games – wind direction and gravity, for example – can be implemented if you so choose, they have very little impact on the gameplay as Zombie Army Trilogy is a much more urgent and action-focused experience. Even so, Sniper Elite V2’s gore-tastic “X-Ray Kill Cam” feature makes a return, if you’re keen on seeing bones shatter and organs pop in detailed slow-motion.

The structure of the story mode’s fifteen levels is quite repetitive and actually not that different to horde mode: you walk a little way, killing scattered zombies as you go, you become trapped in an arena-style area, you kill a horde of incoming zombies, you escape the arena, repeat. It would’ve been nice to see a little more variety in the gameplay, although it’s worth mentioning that I found the second and third acts of the story to be an improvement over the first, occasionally offering more interesting levels and enemy encounters.

The amount of content on offer is to the game’s credit, as many of the fifteen levels can take quite a while to complete, so there’s plenty of Nazi-blasting fun to be had. A warning, however: the automatic checkpoints which occur within each level can be very few and far between, and while this can add to the tension at times, at other times it can mean dying only to then have to repeat a long stretch of gameplay before you can get back to the point where you died.

Also, there’s no save system – each level has to be played from start to finish in one sitting if you want to complete it, so make sure you’ve got plenty of time on your hands when you sit down to play one. 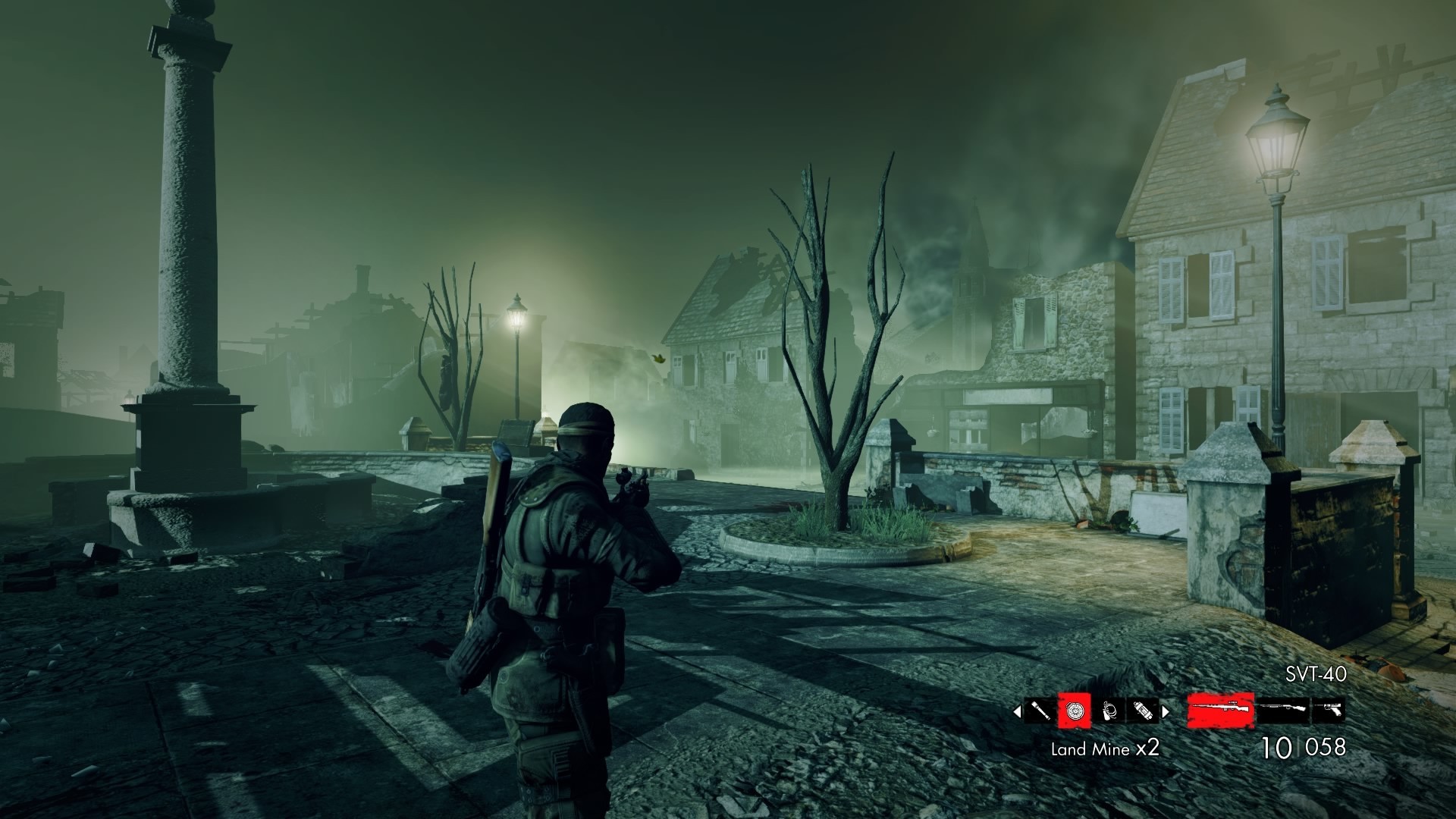 Although the levels are very linear they cover a decent range of environments, and you’ll find yourself splattering brains in a cathedral, a hospital, a small village, a forest, a subway, a library, and a number of ruined city streets. The game does a great job putting across a fitting pulp-horror atmosphere, with plenty of darkness, fog, ruined and burning architecture, the distant groaning of zombies, etc.

Also worthy of note is the soundtrack, which is of the same dark, synth-heavy style which has worked so well in a number of zombie movies and videogames over the years, and which I really enjoy.

Alongside the environments, another element which helps to offset the game’s linearity is the number of nice touches and small – sometimes darkly amusing – moments it contains, whether they’re blatant inclusions which you can’t miss, or require a little exploration and messing-around on the player’s part. For example, there’s a reference to the classic horror movie The Wicker Man, a room occupied by a poltergeist, and a group of apparently musical skeletons.

There are also two types of collectibles to discover, gold bars and bottles of blood, although collecting them changes nothing gameplay-wise, and the bottles in particular seem incredibly hard to find. 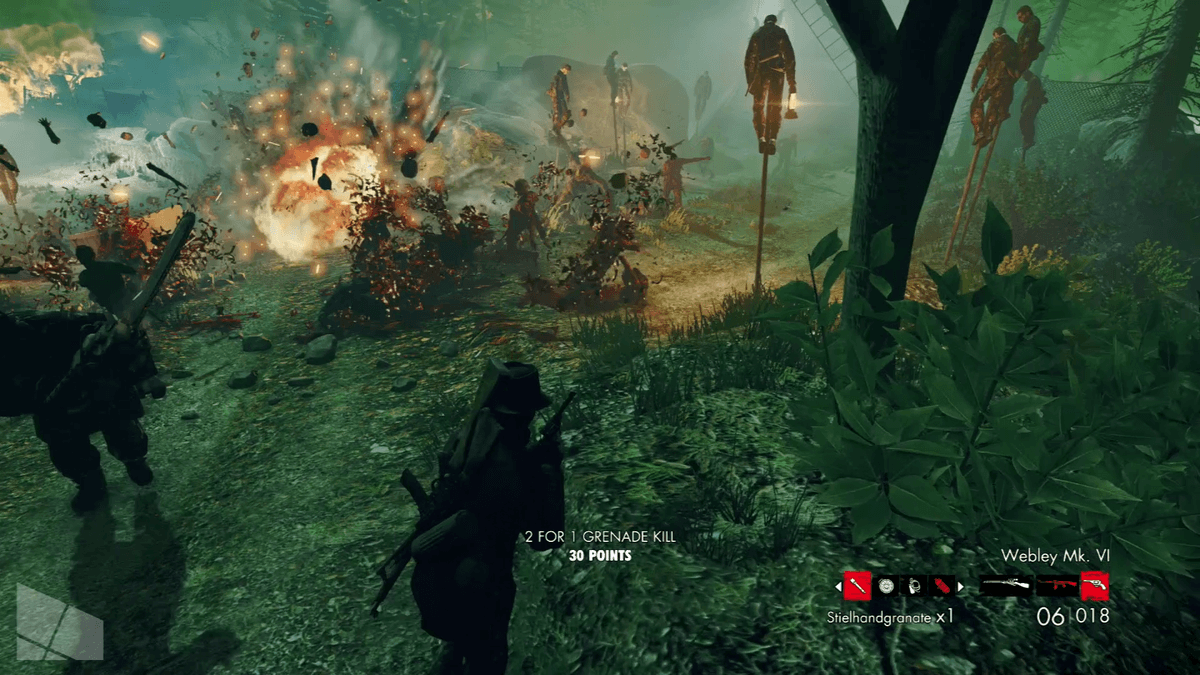 While there are no unlockables or progression systems in Zombie Army Trilogy, you do have several characters and weapons to choose from when you begin a level. While your choice of character makes no difference to the gameplay, your choice of weapons is more significant, the available arsenal including a number of sniper rifles, submachine guns, shotguns and pistols, along with grenades, tripwire mines, TNT and more. Personally I recommend the Preacher, a shotgun with very little ammo but which hits like a train. A train made of shotguns.

Ammunition management is actually something you’ll need to keep in mind as you play Zombie Army Trilogy, as due to some sections of gameplay being pretty long, it’s not uncommon to find yourself down to your last few bullets by the end of a battle against a zombie horde. The tension that this can add reminded me more of a survival horror title than an action-focused game, although the balance is sometimes a little off and can be a source of frustration. 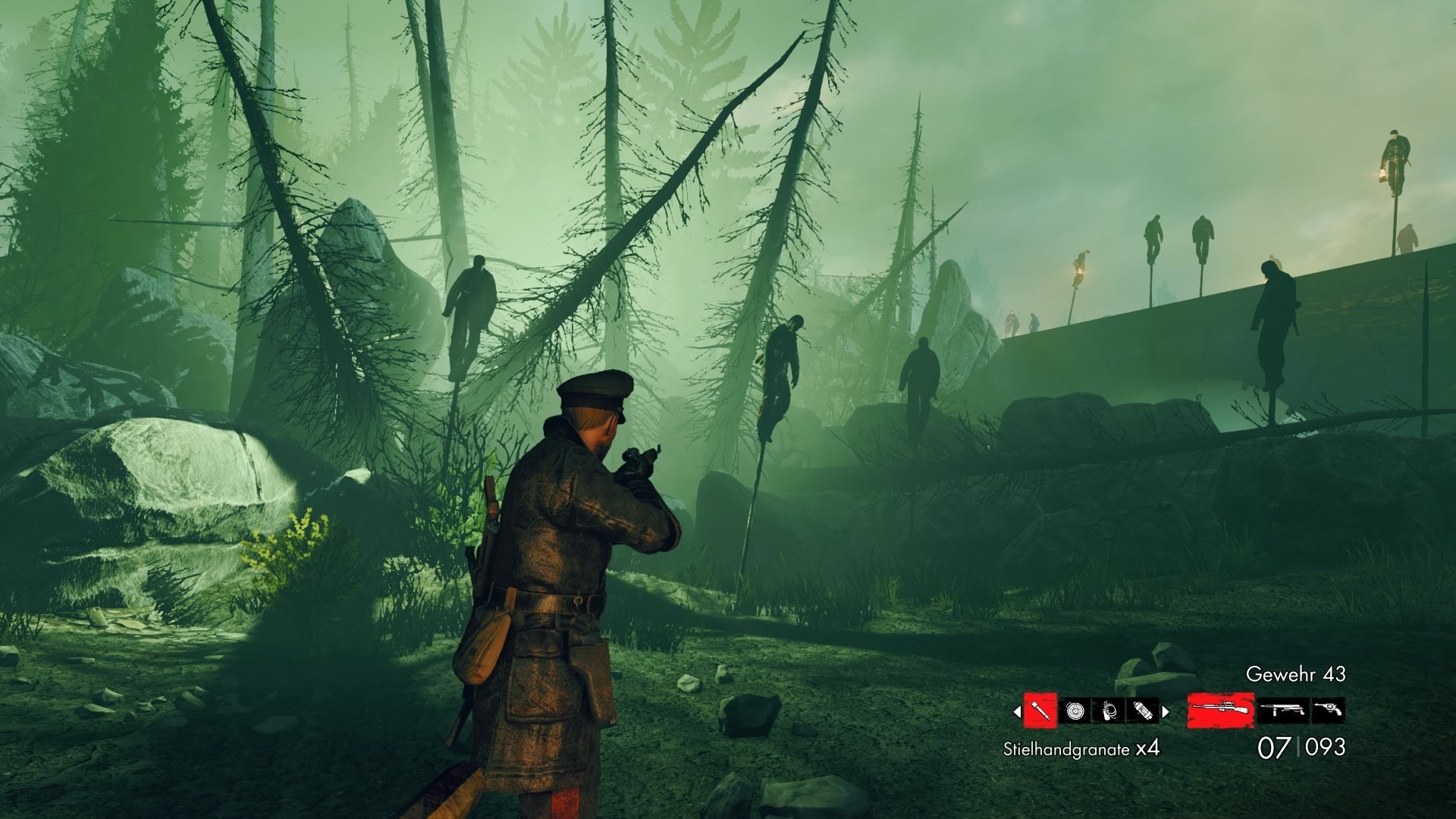 In fact, I was surprised at how challenging the game was as a whole, what with the often long distance between checkpoints, your character’s vulnerability to damage, lack of ammo, some enemy types being bullet-sponges, and how easy it sometimes was to be overwhelmed by zombies. Although the challenge was refreshing and enjoyable at times, at others the lack of balance reared its head in one form or another, turning enjoyment to annoyance.

I should mention that this was how I found the difficulty to be when playing with a friend via online co-op. We played through the entire story together, which was great fun and helped in putting up with the game’s more frustrating moments, so bear this in mind if you’re planning on tackling the game solo. Although this is an assumption on my part, I’d imagine that someone playing alone would be worn down quicker by the repetitive gameplay and difficulty spikes, although of course that wouldn’t be the case for everyone.

If you’re looking for a stealthy and tactical sniping simulator then Zombie Army Trilogy is definitely not it, despite its roots. If, on the other hand, you’re looking for a fun, challenging, action-packed, gore-soaked experience which seems to excel when played with friends – and you don’t mind some repetition and moments of potential frustration – then it’s a title I’d recommend, so pick it up and have a ball.

Just don’t take Hitler’s, I hear he only has one. 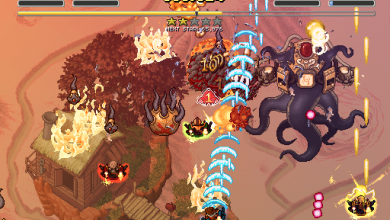 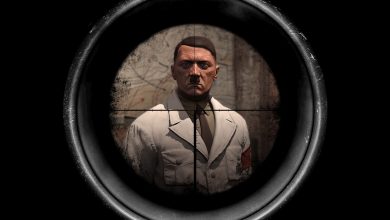 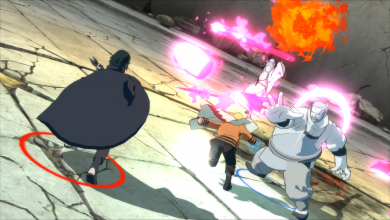 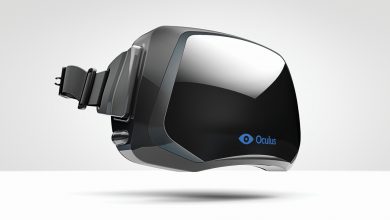