Whilst the PS4 might currently be the slimmest and best looking console around, there are some limited editions which help to further this beauty. The PlayStation 4 is seemingly leading too when it comes to bringing limited edition gaming bundles to the market. Since the arrival of the PS2, Sony has brought forward some of the most exciting Limited Edition bundles that have allowed gaming aficionados to enjoy a more personalized console experience. Here’s some top picks… 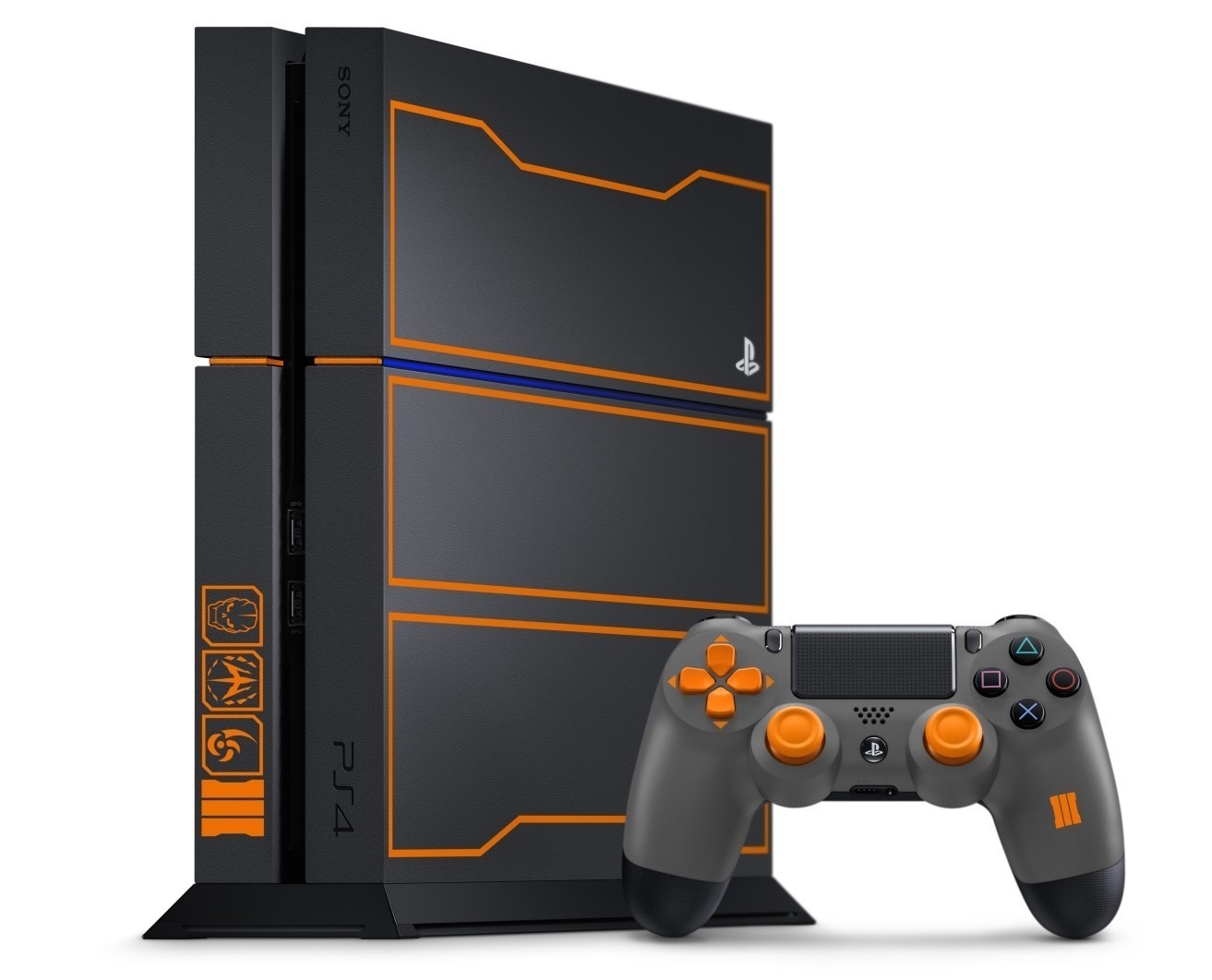 One of the best combat games of all time, Call of Duty: Black Ops III teams up with PlayStation 4 for a limited Edition Bundle. Fans of the series can now derive maximum entertainment by enjoying the game on stunning 1080p graphics using Playstation4’s latest technology, all the while indulging in the latest war machine with the massive 1TB capacity.

Black Ops III brings with itself a world where technology has progressed beyond imagination, to the point where the line between humans and robots has blurred. Just like Black Ops II, player takes control of a supersoldier, to carry out covert operation with their teammates, in one of the darkest hours of mankind. With two zombie episodes thrown in, the game ties with where Black Ops II left off, allowing an opportunity to recreate the history of the original timeline. 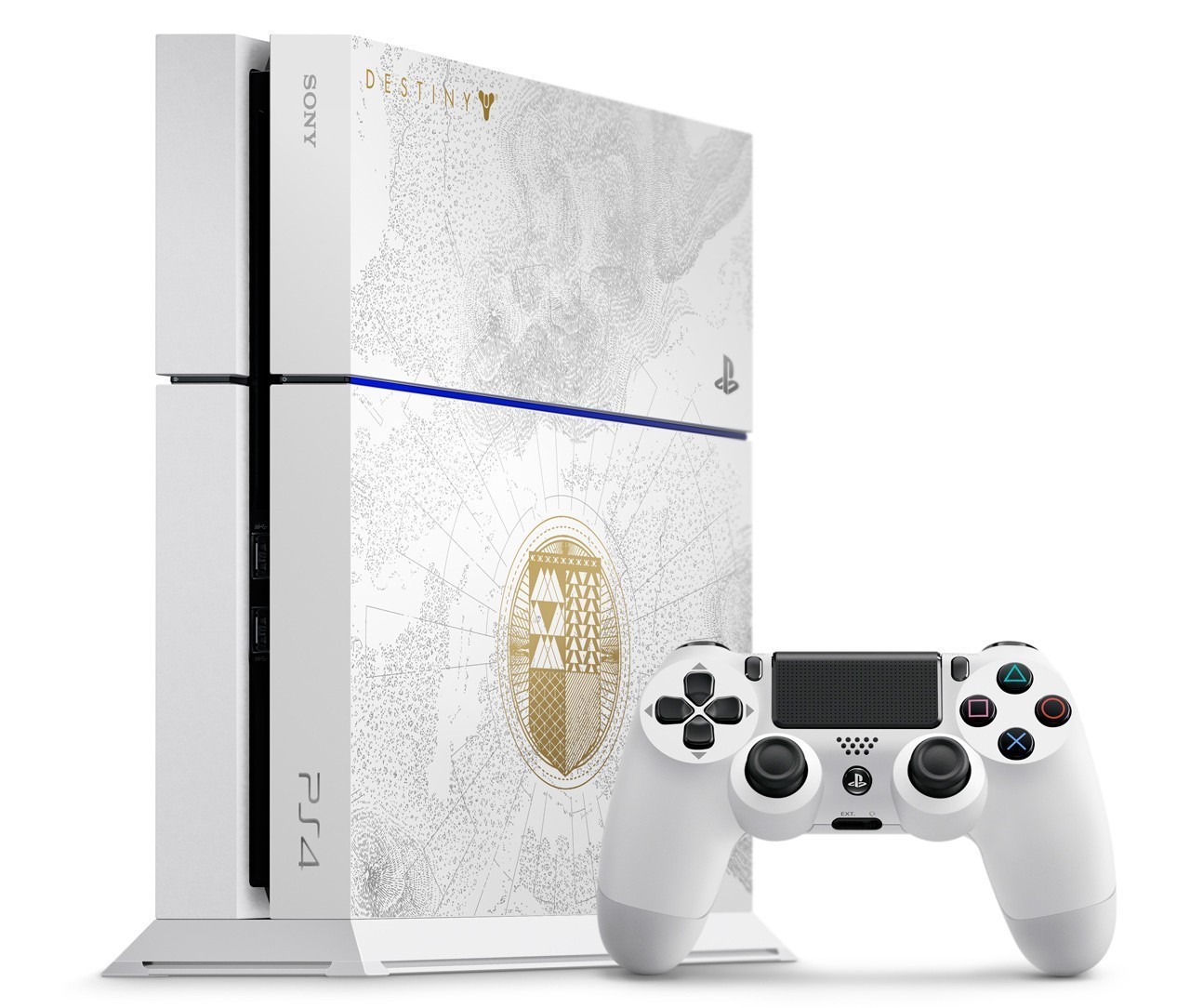 The newest edition to the Destiny franchise, the Taken King comes out in mid-September with an exclusive edition for its fans. The bundle includes console sleeve designed with the Destiny theme, as well as a collector’s edition upgrade for the game. The package also includes a white DualShock controller, and two expansion pack I and expansion pack II for the game. Other items included in the Digital Edition include three shaders, three emotes and three class items for the game.

Destiny-The Taken King returns with a much more expanded universe than before. Players will be able to explore new worlds, fight newer enemies, and utilize a unique range of weapons in their quest. In addition, the latest variety of maps will allow for a completely different atmosphere for the game. 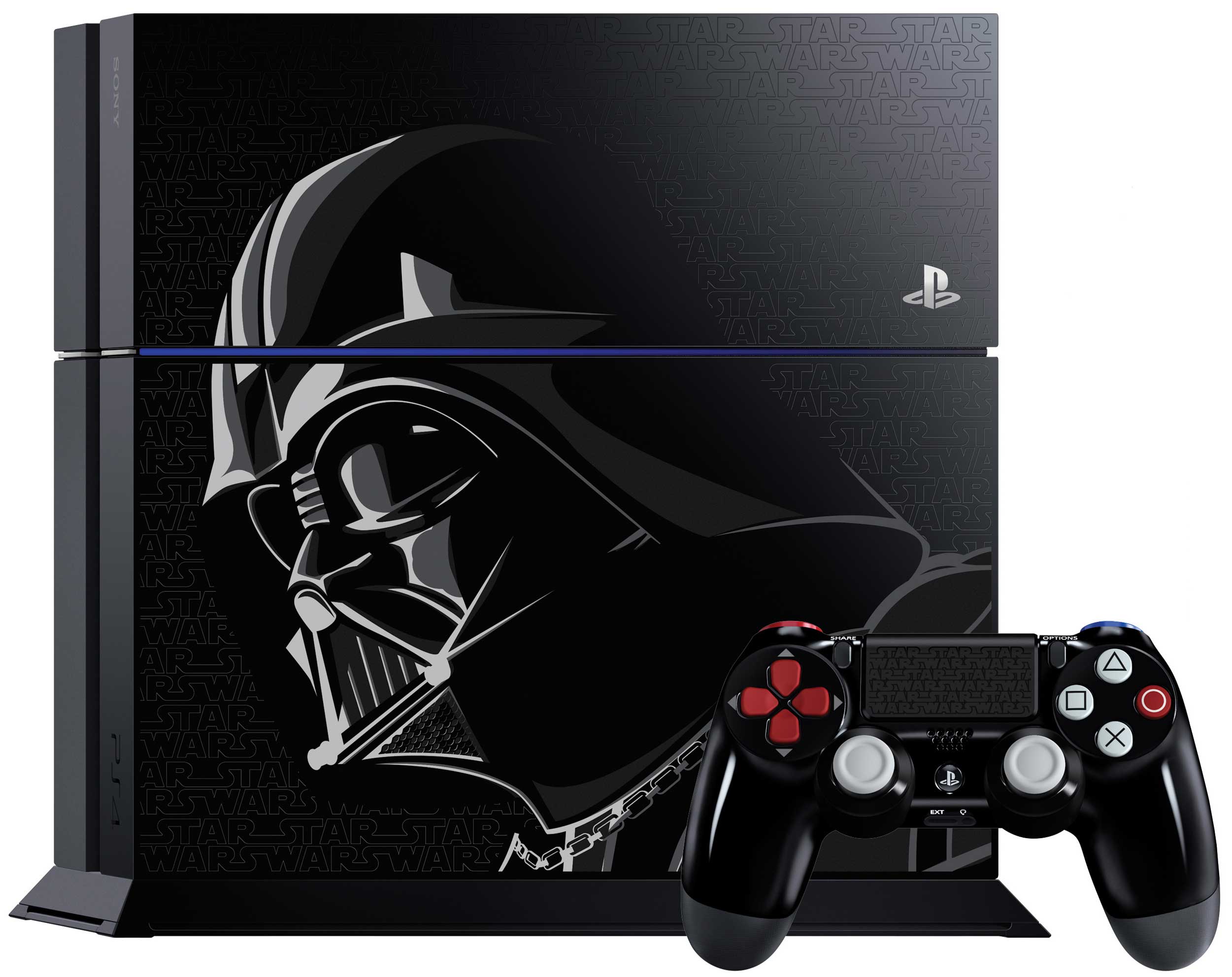 The Limited Edition Star Wars Bundle is the dream of every Star Wars fan.  Prepare to live and lead some of the most heroic and epic moments, as you fight battles throughout the galaxy. This sleek bundle includes a Darth Vader-themed PlayStation sleeve, as well as a DualShock 4 controller designed specifically in the colors of the best-selling game series. In addition, the limited edition bundles features four unique vouchers for Star Wars Classics.

The gameplay for Star Wars Battlefront allows a variety of battles for the player to indulge in. From being part of a 40-player battle, down to a smaller team of 8, players can choose to either become part of the Empire or its Rebellion. While a number of multiplayer options are available, the player can also go offline and compete against a friend using a split-screen system.

With the introduction of better armor and more weapons, it is anticipated to be one of the best games in the series to date. 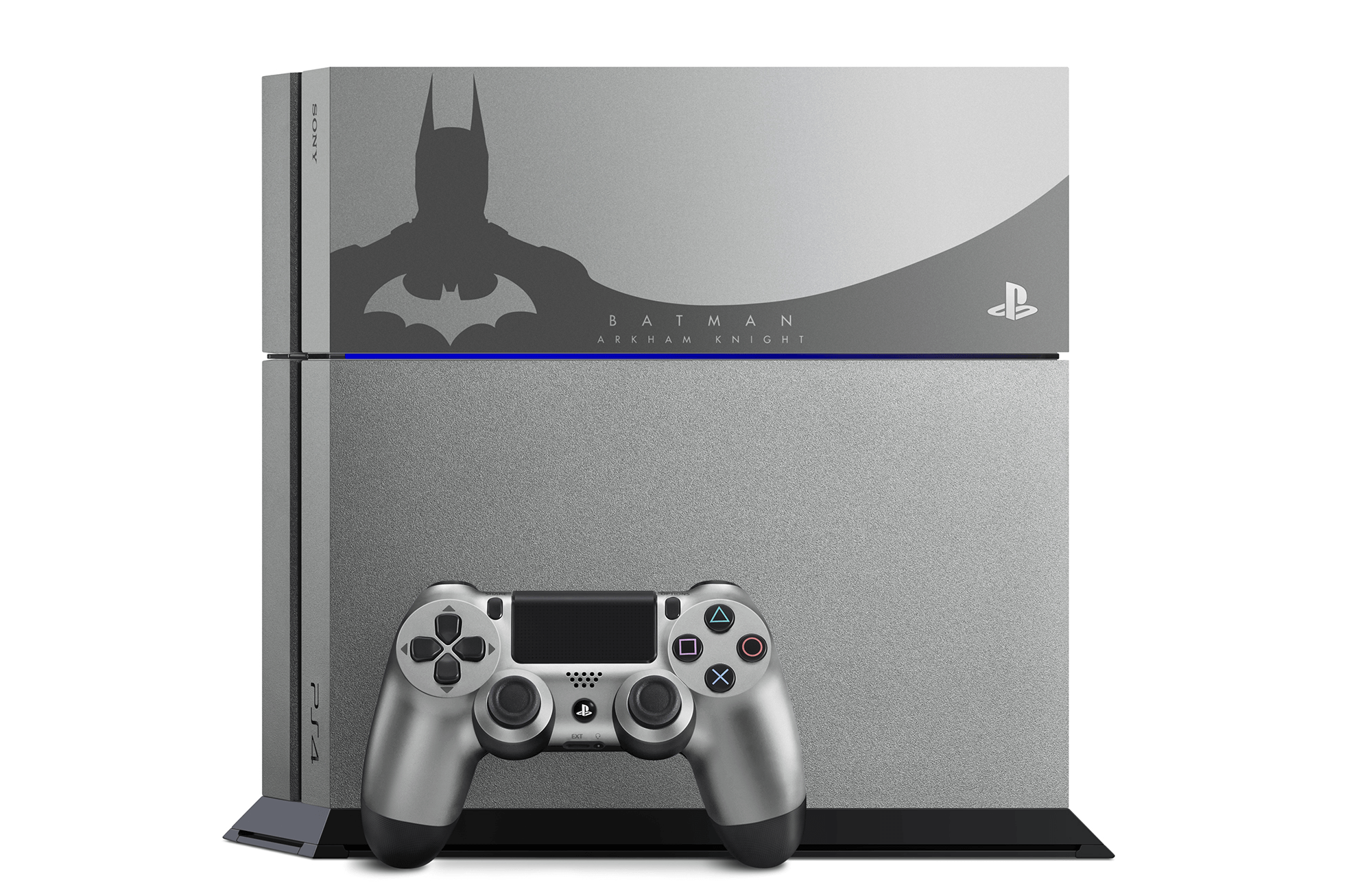 This is the game that Batman fans need, and also the one they deserve. The latest installment in the series, Batman Arkham Knight brings together some of the toughest challenges that Batman has to face as of yet. With a return of the Scarecrow, the full set of villains (including Two-Face and Harley Quinn) is ready to cause havoc in Gotham, and remove the threat of Batman forever.

Geared up with the super-sexy Batmobile, players are offered a stylish way to cruise through Gotham, and see to it that the villains are put to their place, and Gotham made a safe haven again. Since this is expected to be the series finale, critics and game fanatics are expecting this to be the best that Rocksteady Studios have to offer.

The bundle includes a number of goodies for the avid fan, including horrifying scarecrow missions, exclusive to the PlayStation universe. In addition, players can don their favorite superhero with the Justice League 3000 skin, or go old school and select the classic TV series skin for Batman and the classy Batmobile. To enhance the experience, players can get the PlayStation headsets (sold separately) with an audio mode specifically for the Batman: Arkham Knight Series. 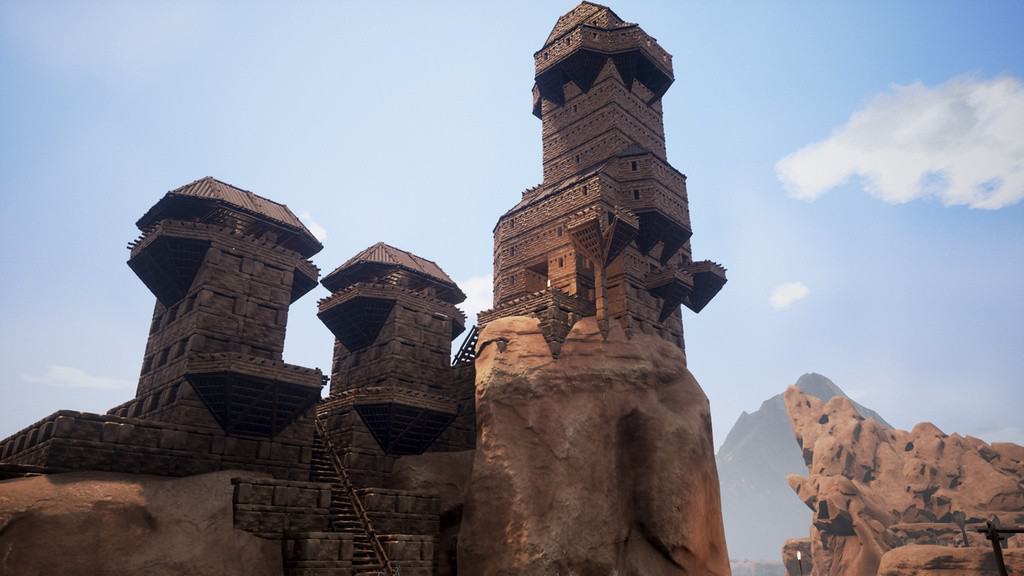 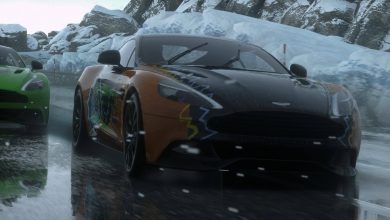