It doesn’t have a particularly exciting name, does it, but I guess it does inform you pretty quickly what the game’s about – The Golf Club: Collector’s Edition

has as its central focus on golf. Is the gameplay provided in this simulator any better than the title?

For better or worse, the developers of The Golf Club have provided you with as authentic a reproduction of the good ol’ game of golf as they could muster. This means, for example that it’s not possible to adjust the trajectory of the ball once it’s in the air as with other golf simulators. As one of the developers, Luke Shelnutt, put it, ‘…players want to feel like they are striving to reach goals…’, so you’ll have to earn your pars or your birdies, and you’ll have to play for five full games before you are given a handicap. No shortcuts – I like it.

There are nine pre-existing themes available, these being alpine, rural, links, desert, harvest, boreal, autumn and countryside as well as the new addition, tropical. I’m intrigued by boreal, I’ll admit it. In comparison to the existing themes, however, it’s the tropical theme which sounds the most colourful and, dare I say it in the context of golf, exciting.

In addition to the pre-existing themes, there’s also the Greg Norman (ooh, name drop) Course Designer tool which allows you to create new courses from start to finish. This might be so much fun you forget to actually play on the darned things, but I doubt it. It’s all about playing the golf, right? Whichever course you decide to play on, you’ll have the option to participate in Season Mode, which allows you to play through a series of tournaments in 5 levels, giving you the chance to develop from keen amateur to fully fledged pro. I may actually use the word exciting again at this juncture – hold me back, I’m getting into this golf simulator lark.

It seems the customisation focus was centred on the courses, which to be honest is fair enough. It does mean, however, that you should be aware you won’t have the ability to create a mini-me on the screen. There are limited options to customise the players, although you can give them (male and female, by the way) a choice of outfits. In one of the stills I noticed a very funky pair of tartan chinos for the male players – why change that, I ask you?

This game is pure, simple, authentic golf. The environments are beautifully created and add to the authenticity; more importantly, there are minimal load times between holes and so enthusiasts can simply get on with playing golf. That’s it. Immerse yourself – it’s probably what you’ve paid for, after all. There are no easy rounds, no easy holes, but again, that’s probably why you’ve bought this game. You love playing golf and this simulator will get you pretty close to the real thing. Switch a fan on the table next to you to recreate the fresh air which is essentially the only thing you’re missing.

, this really does feel like an interactive and social event – I wonder what their 19th hole is like. 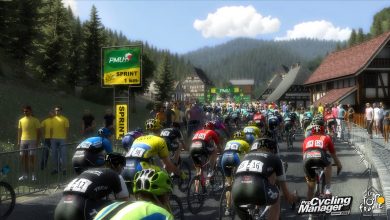 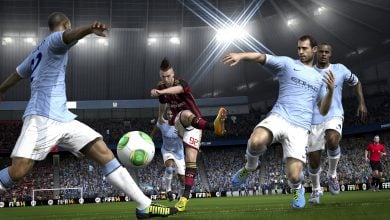