With video game graphics becoming more and more advanced, it’s almost difficult to tell the difference between modern gaming graphics and those of movie CGI. Indeed, it’s hard to imagine any gamer preferring to go to the movies nowadays over staying at home and playing a videogame; gaming seems to have replaced Hollywood as the premier form of entertainment right now. We thought that we’d compile the top 10 cinematic games on PS4 so that if you’ve got a movie jones but you’re looking to play a game, you’ll know where to go. Here are the best movie-style games you can play on PS4 right now.

Given that Naughty Dog’s ambition with the Uncharted series was to create an experience akin to movies like Raiders of the Lost Ark, the culmination of the company’s efforts seems the perfect place to start. Uncharted 4 is, quite simply, the best of the series, boasting incredible visuals, great characterisation, and some pseudo-open world sections that open the gameplay up a little. Its entirely linear story is gripping and well-told, so if you want the perfect PS4 cinematic experience, here’s where to start.

Since Naughty Dog started the Uncharted series, its remit has been to create increasingly cinematic games. The Last of Us is the other side of Uncharted’s coin, a grim, grimy odyssey through a post-apocalyptic America infested with fungal zombies. Just like Uncharted, you’ll stay for the excellent character work, but the third-person shooting and stealth are also well-implemented. The voice work in The Last of Us is also top-notch, with Troy Baker putting in a particularly excellent performance as Joel.

The original BioShock had some very interesting things to say about gaming as a medium of storytelling, but Infinite largely eschews that premise in favour of a swashbuckling sky adventure featuring a reluctant private eye. Infinite’s landscapes are tailor-made for movies; the expansive city of Columbia proves a perfect playground for Booker’s exploits. The story is a little twisty, but if you can keep up with it, Infinite is the equivalent of Christopher Nolan’s blockbusters; intellectual but with mass appeal.

Supergiant Games’ Until Dawn is an interactive cinematic horror experience placing you in the shoes of a cast of teens living in a rickety shack in the forest. If that sentence isn’t already setting off alarm bells, you haven’t watched enough teen slasher movies. While Until Dawn perhaps doesn’t offer the most scintillating gameplay – it’s largely QTEs and exploration – its interactive branching choices are intriguing enough and its narrative is well-written.

The story of Dutch Van der Linde and his ill-fated gang proves an excellent way to bring the vast cinematic frontiers of the Wild West to the PlayStation 4. You’re better off experiencing this one with a PS4 Pro; its incredible visuals and massive world demand to be seen in the highest fidelity possible. The narrative is a familiar one, full of betrayals and tender moments between old friends, but Red Dead Redemption 2’s kitchen-sink approach makes it the best maximalist Western movie you’ll ever play.

If Uncharted is the huge summer blockbuster taking up all the posters, then Thatgamecompany’s Journey is the small indie hit taking some big risks. The game is entirely without dialogue, but its expansive vistas and tear-jerking narrative don’t need words to effectively convey its story. If you leave Journey with a dry eye, you may want to check you definitely have emotions. It’s also got a very innovative take on multiplayer that you’ll enjoy if you’re a misanthrope harbouring secret desires to make friends.

Whatever Telltale Games became after the controversy surrounding the company’s operations, we will always remember its crowning achievement. The Walking Dead is an episodic masterpiece, a lesson in videogame storytelling via the cinematic approach. Just like Until Dawn, the gameplay is relatively simple, but the high-quality writing and emotionally devastating story mean you should still give this one a go even if you’re a movie skeptic.

Way back in 2005, the original dev team for God of War said that its stated intention with the original game was to make something cinematic. Fastforward to 2018 and that mission has very much been accomplished. The relationship between Kratos and his son Atreus is put front and centre of this hack-and-slash action-RPG, but the vast landscapes and impressive sights (giant turtles, anyone?) make this the perfect game for a massive screen.

No, really. You might not think the Yakuza series is particularly cinematic, but you’d be wrong. Yakuza 0 boasts a gritty crime narrative set against the neon-drenched backdrop of the fictional Kamurocho district of Tokyo, Japan. The story is fiercely cinematic, with flawed characters battling it out for supremacy and recognition in the cutthroat world of Japanese organised crime. Of course, there are also sidequests where you dress up in silly costumes and play pool. What movie would be complete without them?

Last but not least, it’s Bluepoint’s excellent remake of the 2005 PlayStation 2 classic Shadow of the Colossus. Bluepoint’s remake takes everything that was great about the original and drenches it in a new lick of much more appealing paint. The huge, empty world of Colossus is inhabited only by massive shambling structures known as Colossi. Each one is different, and you’ll need your wits about you to take them down…but should you even be doing that? 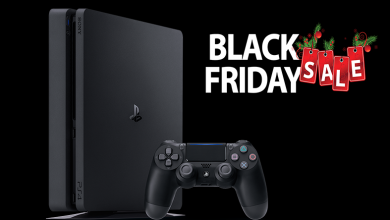