Dungeon crawler fans rejoice, indie studio Aqua Style brings us Touhou Genso Wanderer available now on PlayStation 4 and PlayStation Vita.  A rouge-like RPG with chibi style artwork and Japanese roots makes its way west for the first time.  Genso Wanderer is the latest in a long line of games as part of the Touhou Project, a series of fan made games centered around the land of Gensokyo or ‘Land of Illusions.’  Not to worry — the story of Shrine Maiden Reimu Hakurei is accessible to newcomers and Touhou fans alike.

As with most rouge-like games you will find yourself pitted against dungeon towers filled with various monsters, loot, and levels.   Not to mention it is everything is randomly generated, making each run through unique.  While well implemented turn-based game play makes planning ahead crucial.  A custom crafting system and followers to equip provide even more variety.  Invisible traps along the way cause effects such as making Reimu drop items or even hallucinate adding to the fun, and challenge.  Aqua Style has spared some controller throwing with the noted lack of permanent death (permadeth).  Unlike similar games, expect to restart at the beginning of your current dungeon — armor, weapons, and most importantly loot intact. 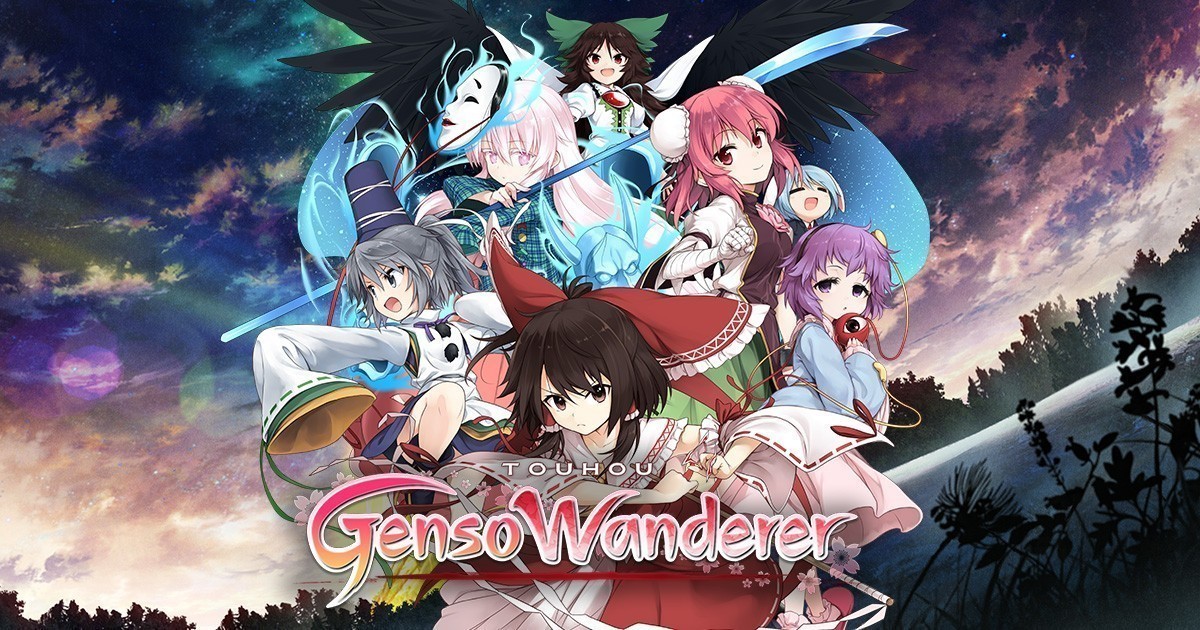 The story is presented via both 3D rendered and more pleasing 2D animated scenes.  The 3D rendering is rough around the edges and look dated but serves its purpose.  Fortunately, the beautifully done 2D animations dominate the storytelling.  Cutscenes can be lengthy and provide no option for player choices, but do a good job being information and convey a decent enough story.

Gensokyo, based loosely upon early feudal Japan is inhabited primarily by yokai (demons), humans, and rabbits.  Long ago the Great Hakurei Barrier was raised to effectively cut Gensokyo off from the rest of the world with the Hakurei Shrine remaining the only way to travel between.  After sneaking out of the shrine to visit the human village Shrine Maiden Reimu Hakurei finds herself in an unpredicted situation when rain forces her inside Rinnosuke’s shop, Kourindo.   Inside she finds a, for some reason, contemptuous Rinnosuke holding a golden orb feeling irresistibly drawn to it.  Despite a warning Reimu reaches for the orb and is surprised when Rinnosuke becomes enraged.  Taking care of Reimu, Rinnosuke vanishes leaving a tower filled with badies in place of his shop.  So begins your adventures in yokai slaying. 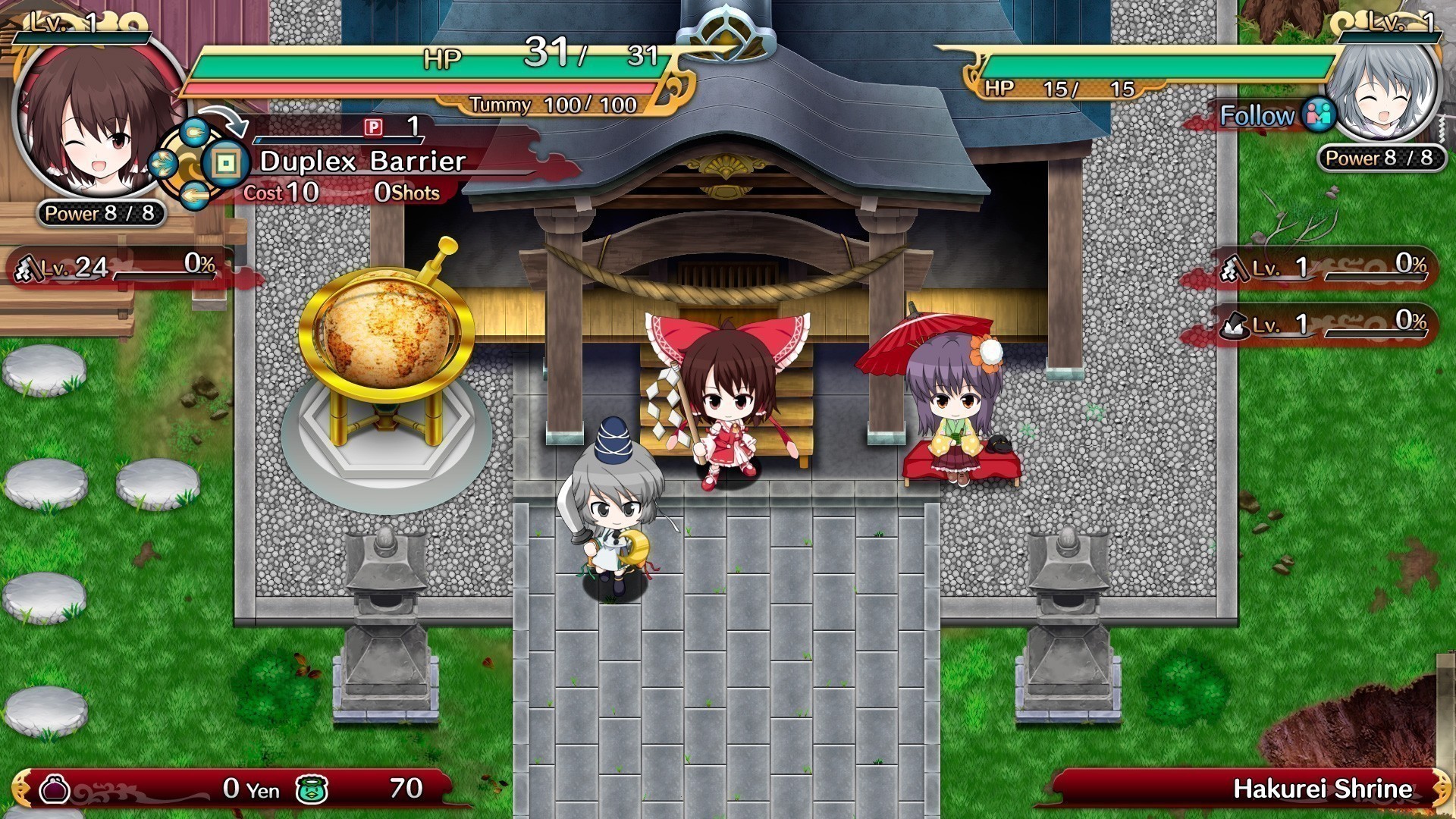 As much as the random generation can add to replayability, it can also detract from the overall experience.  At times this randomness results in the odds being stacked against you, sometimes almost impossibly so.  Basically, expect to die — a lot.  Being able to keep your items helps, though you will still lose plenty of time fighting through levels you previously cleared.  Some may find the UI to feel clunky or over sized, specifically the mini-map, as it can take up half the screen at times.  Despite the map being translucent a way to resize it is missing, leaving you to work around it.

Touhou Genso Wanderer ticks all the boxes a rouge-like game should while providing a strong dose of lore and some fun additions.  A commendable effort to expose the West to this legendary gaming universe Touhou Genso Wanderer fails to exceed other recent rogue-likes such as Shiren the Wanderer or Dungeon Travelers 2.  Though at $39.99 it’s still a great title for those only curious about dungeon crawlers and fans alike.

Warhammer 40k: Dawn of War 3 Preview - There is only War 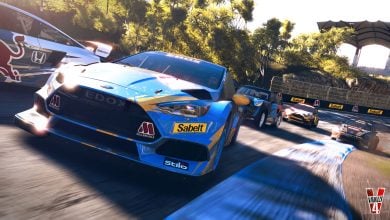