The “Trials” series is famous for its rather simplistic yet highly addictive and stylish gameplay.  What makes this franchise so noteworthy is the way it sucks you in with its rollercoaster-like feel, juxtaposing this giddiness with additional challenge-based factors.  When you’re doing well you almost feel like a pro cyclist, conquering one insane series of jumps after another.  However, it’s always smooth sailing – if you’re not on top of things, even a run though on a fairly pedestrian level can lead to a series of embarrassing crashes.  Assuming that you’re not simply enjoying the comedic nature of your failings, some tips and tricks are definitely in order.

Perhaps the most notable addition in Trials Fusion is the FMX tricks system, which basically allows you to pull off various ostentatious moves (mid jump) which in turn provide you with an opportunity to progress onward to new FMX levels.  Even though you’ll probably want to jump right in and start making crazy gestures with the right analog stick, it’s probably best to get a complete handle on how to control the bike first.  For example, learning to land large jumps, figuring out a basic approach to various types of obstacles is essential.  Throughout it all you only really need to remember to keep an eye on your rider and make sure that you’re fairly level when about to make contact with a surface (any type of teeter-tottering is highly discouraged).  Specifically looking at the FMX tricks though, diversity, originality and the ability to land are the most important factors, so try to keep that in mind.

You will get frustrated, so learn to relax

Let’s face it, the initial segments of Trials Fusion are fairly accessible and are probably designed to pull you into the game.  However, very quickly the difficulty gets ramped up (pun intended) and you will no doubt be screaming at your television.  Instead of putting yorurself on a fast track to ulcer town, learn to take it all in stride and just relax.  Yeah, this sounds like an oversimplification, but there’s something to be said for taking a more zen-like approach to the various challenges inherent in this game.  Many Trials veterans will probably confirm that they tend to perform much better when their mind is clear and unfettered.  It’s very easy to even obsess over certain challenges, but that only leads to trouble. Instead, just walk away, take a break, maybe grab a bit to eat (the nervous system works better with properly energized) and come back when you’re cool; chances are, you will nail it on the second or third run through.

Practice as much as possible and learn from others

Since Trials Fusion has a nice multiplayer suite attached to it (including a track creator / editor) you might say that is offers a great opportunity for you to learn from the more experienced riders.  While it’s certainly possible to master the game without any outside assistance, enlisting the assistance of veteran players is a definite shortcut. 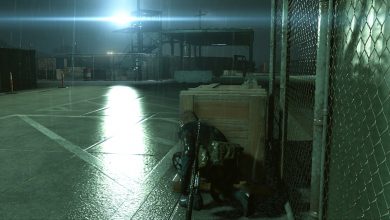 Useful tips.. this game is really easy to start with, but then it gets really difficult. I’ve used a few of these tips and it’s definatley helped. Thanks!

this game is really hard but its so addictive!