From beginning to end, Uncharted 4 is amazing. It’s certainly not without flaws, but these complaints are so few and far between that it’s hard to call this experience anything but stellar. It’s not only the best adventure game of all time but one of the best PlayStation 4 games and really one of the best games of all time period. Developer Naughty Dog has delivered an all-in-one technical masterpiece, emotional story, and straight up fun gameplay experience with Uncharted 4

, which makes it really sad that this was their last time making an Uncharted game. It really is that good. 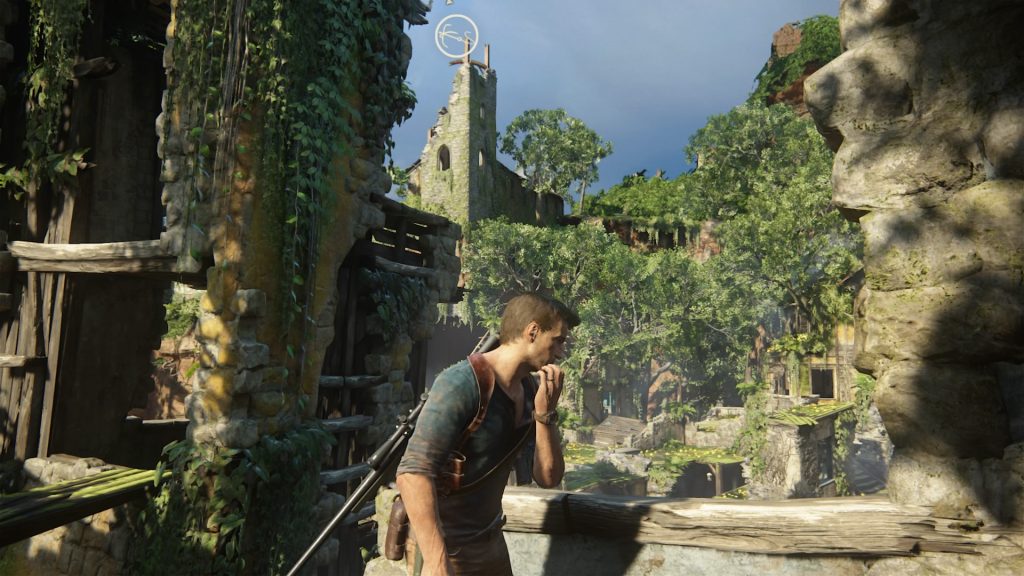 With that being said, let’s talk about those flaws real quick, just to get them out of the way. While the controls are leagues ahead of past Uncharted games, they’re still not perfect… too many times I found myself rolling instead of getting into cover or hanging from a window instead of swinging through it- these moments led to a great deal of frustration on harder difficulty modes, where fluidity and timing are the key to not getting immediately killed.

Secondly, the lack of a few characters who should be considered Uncharted mainstays was puzzling, and the conclusion of the game after the (admittedly amazing) climactic battle had me asking “wait, that was it?!”

My only other complaint is with the multiplayer portion of the game- it’s incredibly barebones and ultimately very generic, making it feel tacked on and out of place. 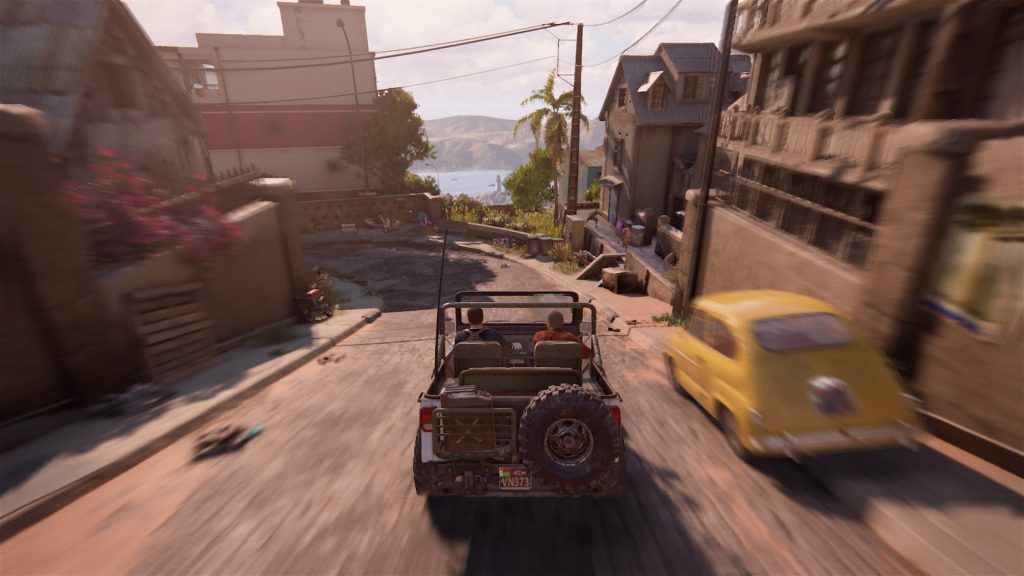 However, other than these complaints, Uncharted 4 is a perfect gaming experience. Everyone who owns a PS4 owes it to themselves to play through the campaign at least once, and there are a few reasons why…

First of all, this game is drop-dead gorgeous. This is the first PS4 title that I believe has really taken advantage of the console’s hardware, and there were multiple times where I found myself in disbelief that the visuals I was seeing. Photo-realistic is the best word to use here, and it can be applied to the majority of the experience. I also didn’t experience a single frame-rate drop no matter how much was going on.

Naughty Dog is known for their story telling chops, and they really shine here. The cast of characters is small, and each one of them is totally fleshed out and unique, with their own motivations and flaws that are just so realistic and ultimately very endearing. The theme to me is ultimately about betrayal (with greed coming in as a close second) and the way that it’s handled is just so beautiful. The parallels between Avery and the characters in the modern day is done really well, culminating in that aforementioned climactic fight where you really do care about what’s happening.

At the end of the day, though, we’re not watching a story, we’re playing a game… And the gameplay is fantastic. Combat feels wonderful- unlike past Uncharted games, your bullets pack a punch here. Stealth leaves a little bit to be desired, but the real meat and potatoes of the experience is swinging from ropes, dangling from ledges, and leaping from moving vehicles, all while firing your AK and lobbing grenades and shoving mercs into bottomless pits, and every time you do it, it feels glorious. The set pieces are amazing, the level design is top-notch, and for the first time in Uncharted history, I found myself wanting more combat.

– Crash Bandicoot and The Last of Us 2 Teasers

The rumors seem to be rising surrounding an upcoming announcement of a new Crash Bandicoot and The Last of Us 2. A scene in Uncharted 4 allows you to play Crash Bandicoot, it shows a PS1 loading the game, then you get three opportunities to enjoy a quick dose of nostalgia – but was Naughty Dog trying to hint at an upcoming Crash Bandicoot release? Quite possibly. Then, located in the Epilogue, you’ll find a poster which reads “Last of Us: American Daughters” and appears to show Ellie in a Gas Mask whilst holding a revolver. Of course, only time will tell as to wheather these possible hints actually result in either game being made, but Naughty Dog are infamous at dropping such exciting details through subtle clues.

That’s not to say the exploration pieces aren’t wonderful- they’re paced much better this time, and while UC4 is far from open-world, it does a good job of making you feel like you have the freedom to go where you want which ultimately makes it feel like you are actually exploring. 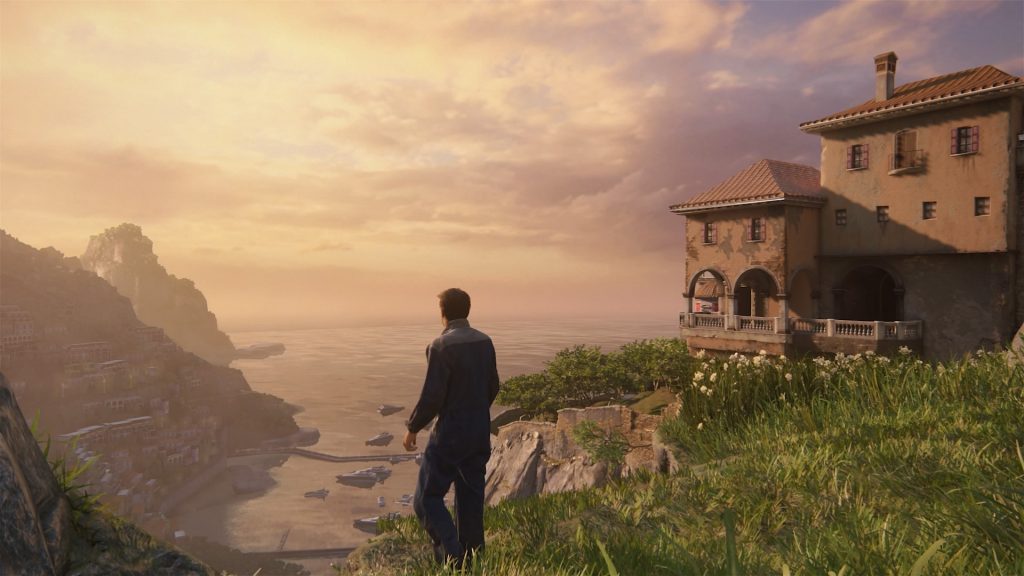 To sum everything up… does Uncharted 4 have a few flaws? Yes. Should they stop you from putting down your phone or leaving the keyboard and buying this game

immediately? Absolutely not. If adventure is your thing, UC4 delivers, and if you even remotely enjoy a good single-player experience, you will absolutely be satisfied with Uncharted 4. I guarantee it. 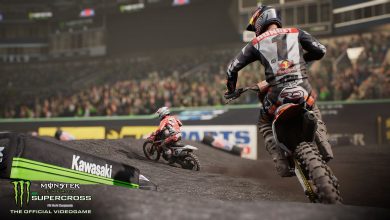 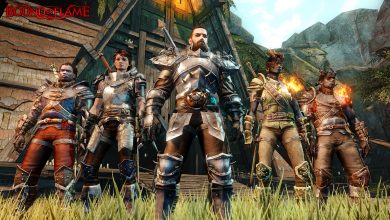