You know what they say, “every dog has his day”…  What many might not realize is that this folksy concept also applies to the high-tech world of video game consoles.  Not only does each machine tend to have its own “heyday” and golden era of popularity, but there are also exclusive game releases to be considered as well.  In fact, one could argue that it’s often certain magnetic titles that end up help driving consumer sales and influencing the ultimate lifespan of specific consoles.  In other words, whether you’re a “game box” manufacturer or a game designer, it’s always a good idea to have a few good exclusive titles planned for release.

This of course brings us to Sony’s new flagship entertainment machine, the PlayStation 4.  To date, the PS4 has produced less than 20 or so (as of April 20th, 2014) exclusive titles, some of the more notable ones being Infamous: Second Son, Killzone: Shadow Fall and Don’t Starve.  In short, they need some company – the following six games will hopefully provide the console with the additional attention it deserves and yearns for. 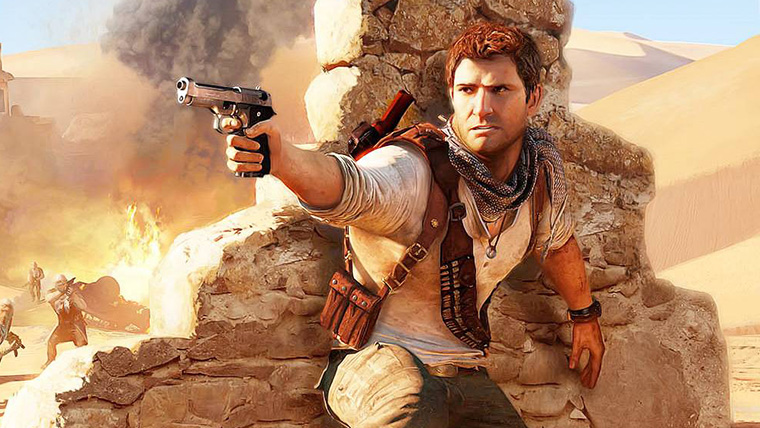 The “Uncharted” series has been a PS mainstay since the era of the PS3, bringing gamers the sort of action / adventure treasure-hunting experience that they crave.  Currently not much is known other than it’s going to be mysterious and perhaps steeped in the same kind of ancient intrigue that’s par for the course.  This will be the first title we’ve seen from the franchise in nearly three years, certainly enough time has passed, especially since we have a whole new platform to play around with.  Unfortunately, there’s little to no indication of when we might see this title released, but the sooner the better. 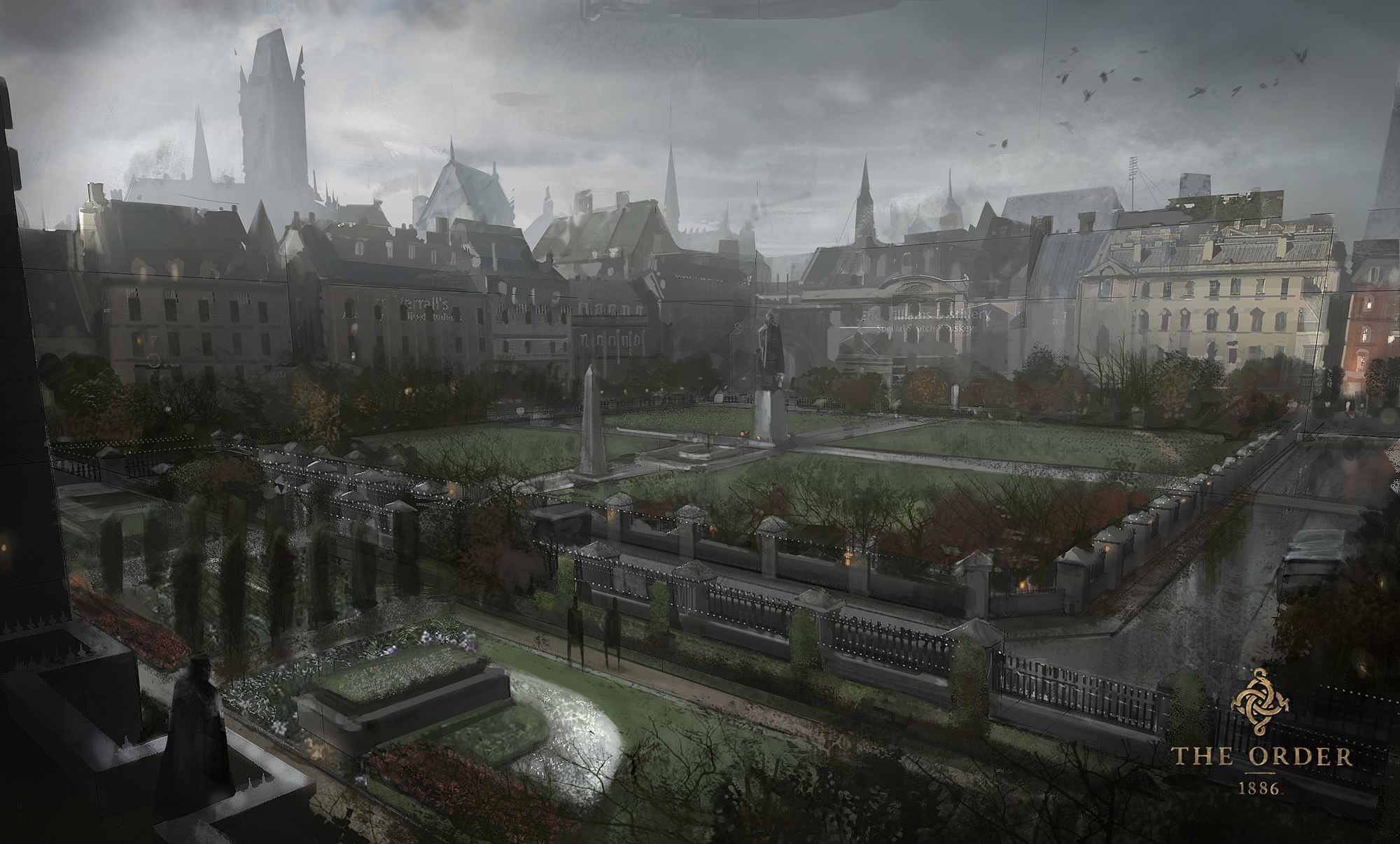 Victorian era, steampunk, monsters, clandestine agencies, alternate timelines… On its face “The Order: 1886” has a lot going for it and looks to be one of the more interesting and original action / adventure titles emerging out of (potentially) late 2014.  This somewhat strange game will juxtapose all sorts of advanced technology with (what we would currently consider to be) rather old-fashioned surroundings, creating a rather unique look and feel, we’re guessing.  Regardless, the story looks solid, and the graphics, mouth-watering.  If they manage to get the gameplay right this could end up being a very striking new IP indeed. 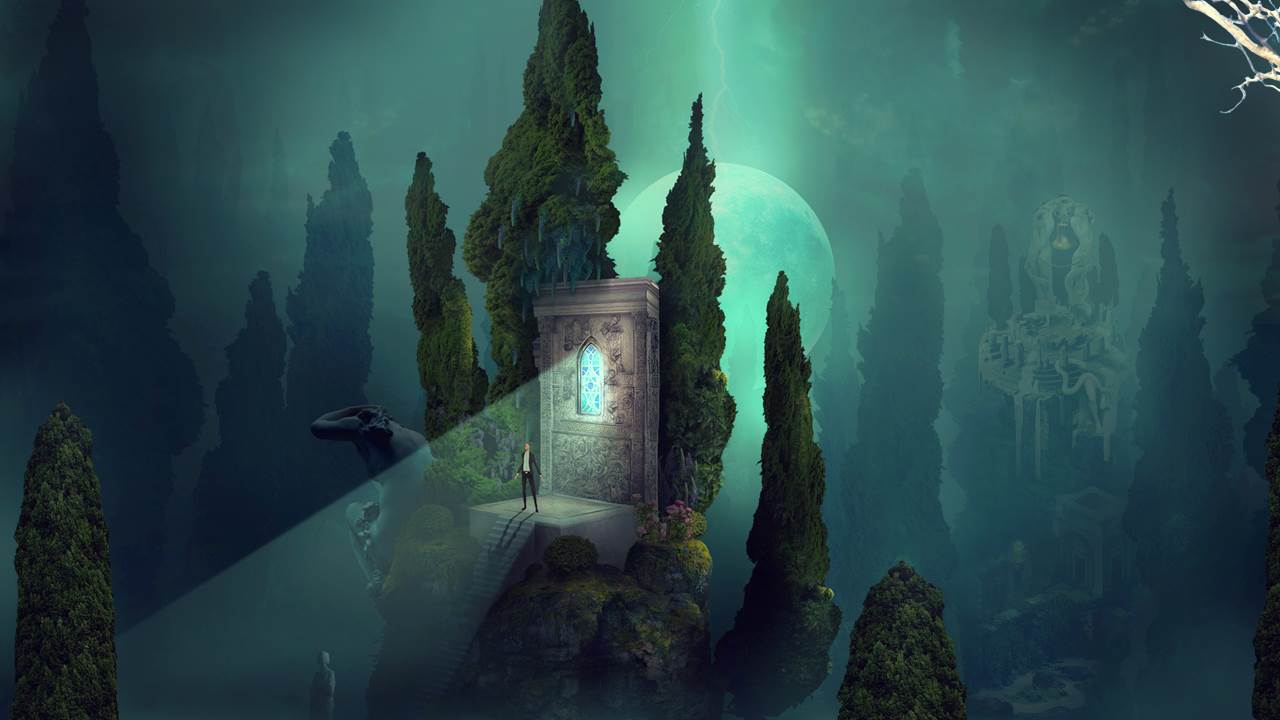 While it’s not technically a PS4 exclusive (on the Vita as well), the upcoming enigmatic self-proclaimed “fourth person” adventure title, “Pavillion” also looks amazing.  At its core, this game is all about solving puzzles, which great because the genre could really use some fresh, creative blood.  Again, this game’s eventual success will boil down to how well its developer executes their proposed gameplay concept, but just looking at the overall art and design, they’re probably on the right track as “Pavilion” is oozing style. 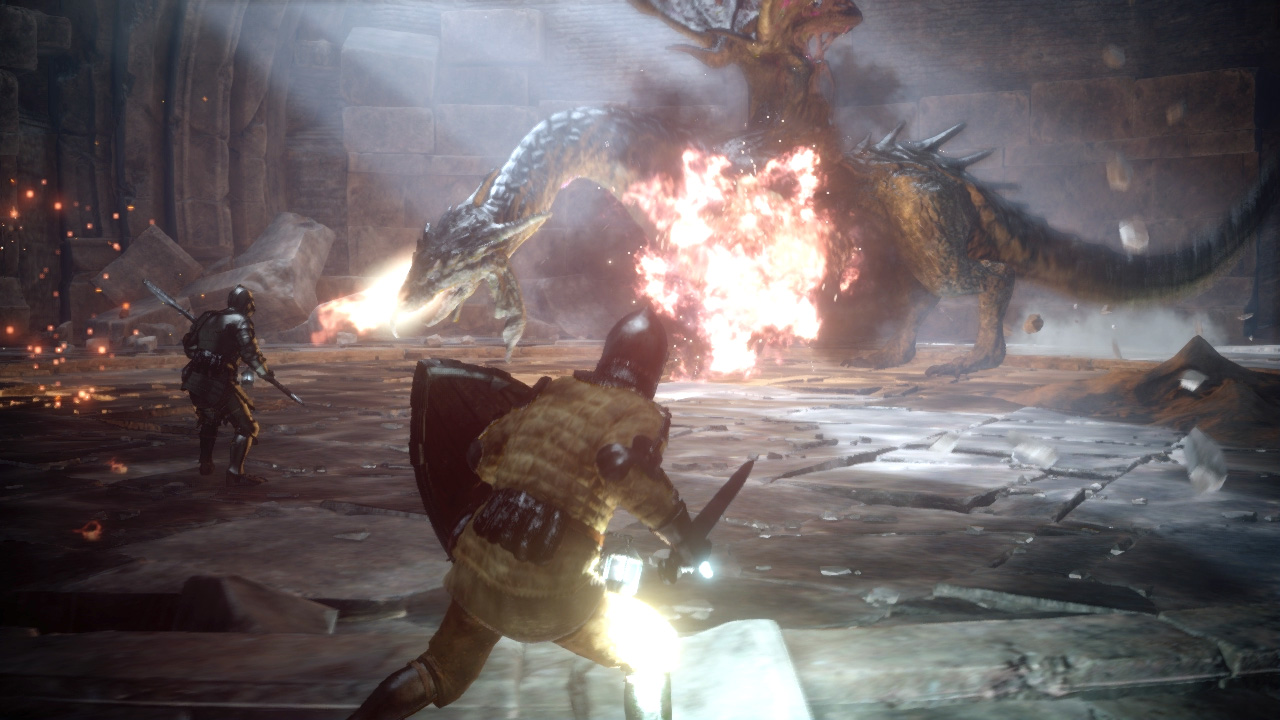 Having a history with Sony when it comes to producing console exclusives, Capcom is set to wow us with their upcoming dungeon-crawler RPG, aptly titled “Deep Down”.  In short, this title presents a third-person over the shoulder perspective within the context of your typical fantasy / medieval-themed madness only with really impressive-looking graphics and lighting.  Not only does it have some great multiplayer moments, but also giant boss battles as well.  What’s not to love?  Expect to hear more about “Deep Down” toward the end of 2014. 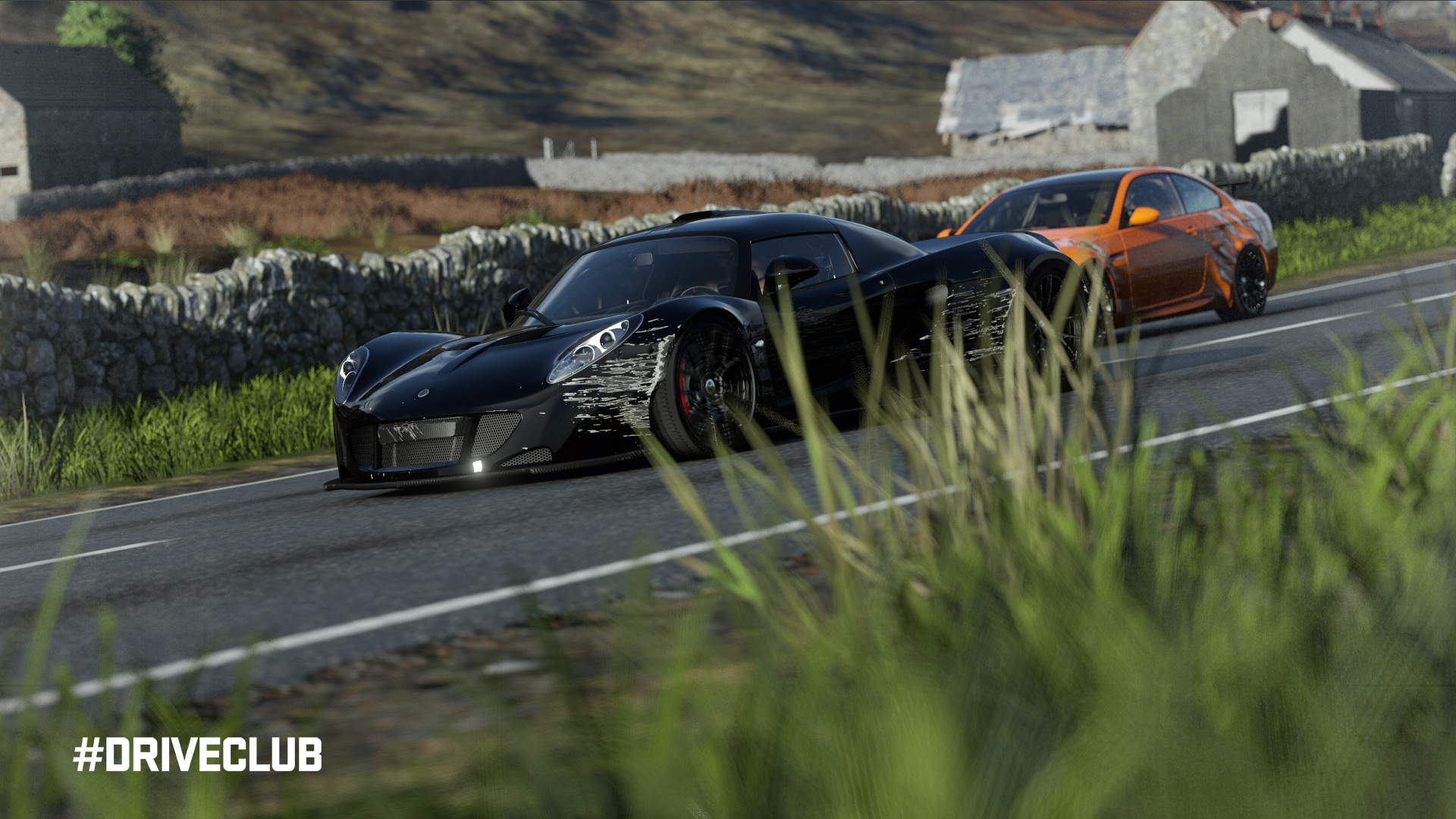 Sony and Evolution Studios has been hyping social racer “Driveclub” for quite a while now, teasing us gameplay videos and uber-realistic-looking screenshots.  Their aim is to produce a “truly evolutionary” driving game of course – the sort of creation that seeks to turn the industry on its head with innovative gameplay and amazing visuals.   All in all, it looks like it is going to be a very nice racing title that comforts as well as challenges.  They’re even pushing to integrate various types of management features to the mix, which when combined with the aforementioned social aspect will likely open the door to new possibilities within its genre. 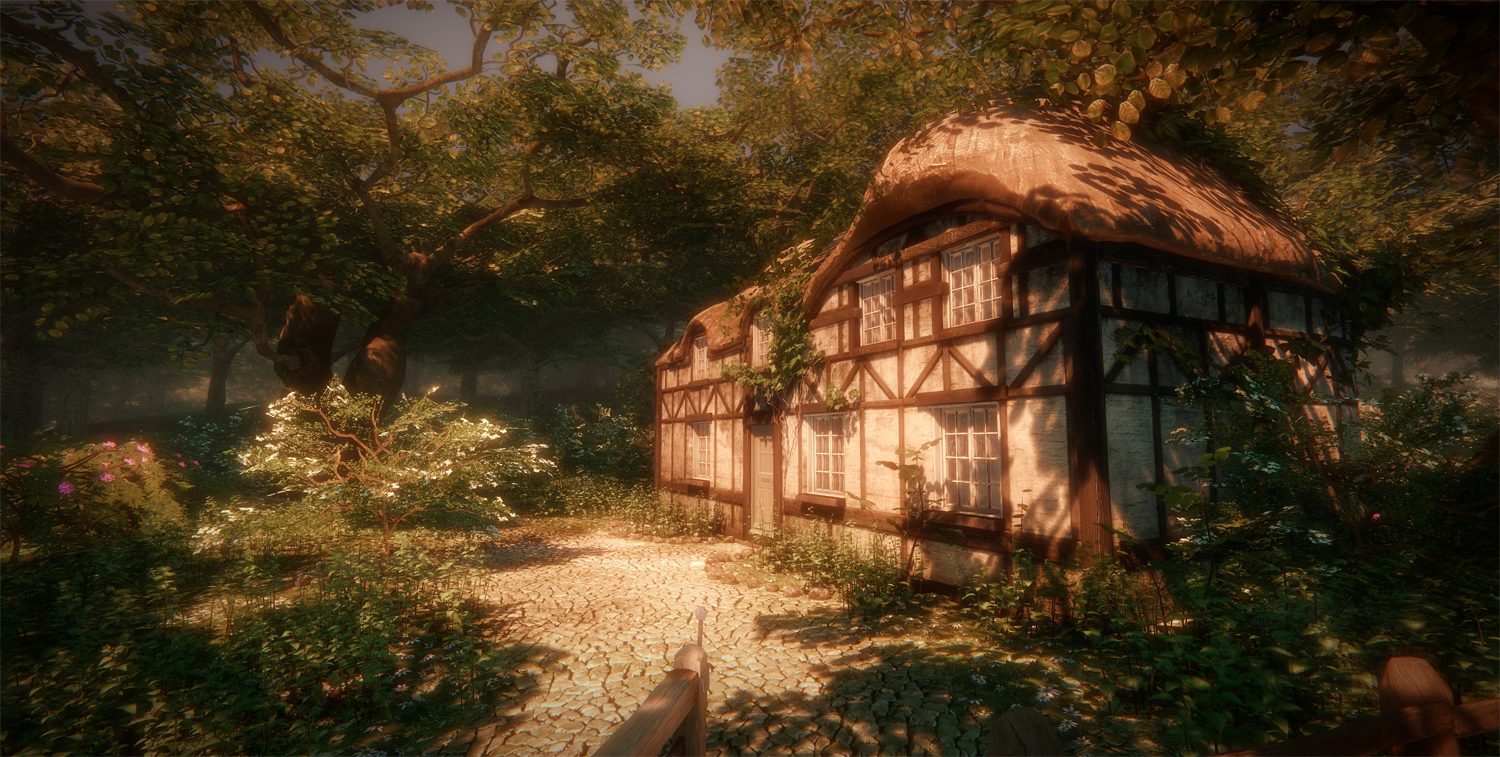 Lastly, we have “Everybody’s Gone to the Rapture”, arguably one of the more interesting-looking games that’s set to become an exclusive PS4 title.  The basic premise of EGttR is the exploration of the specific stories and experiences of six separate characters who find themselves in smack dab in the middle of some form of worldwide abject disaster.  In this sense, “Everybody’s Gone to the Rapture” is actually a post-apocalyptic title that places its emphasis on exploration of a large map.  Who doesn’t like the sound of creepy, isolationist investigation occurring during what appears to be, for all intents and purposes, the end of the world?

You play the role of a scientist who finds themselves stuck in a frozen moment during the actual event and your goal is to gather clues and figure how this all came to be.  Developer, The Chinese Room, has also stated that they have some secret stuff to tell us about the game, only hinting that they’ll tell us about it at a future date.  Regardless, this looks like a damn fine title for those who might be looking for the next truly immersive console gaming experience 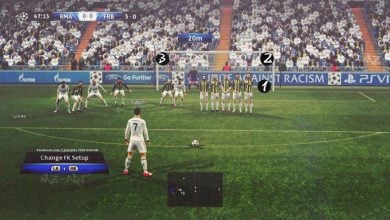 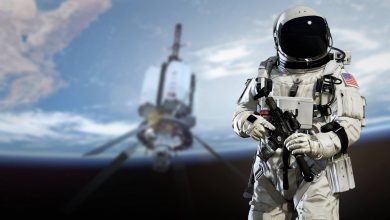 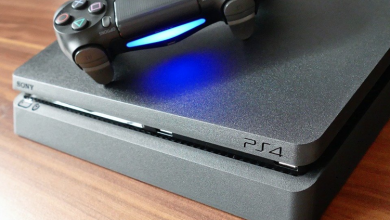