The potential applications of VR tech are absolutely staggering. From healthcare to military training, from piloting simulations to cinema, there really are no avenues that VR couldn’t comfortably go down. We could even soon see VR simulations with advanced haptic feedback in which players physically can take part in the experiences they’re viewing through their headset. It’s no exaggeration to say that VR is incredibly impressive.

Of course, that doesn’t mean gaming should sit by the wayside and stop exploiting the potential of VR. Everything from shooters to RPGs to sedate simulations benefits from the increased immersion and interactivity that VR brings. Perhaps one of the most overlooked aspects of VR game development is casino gaming; the online casino business is a multi-billion dollar industry, with low-cost and even free gambling available and accessible to millions of people around the world.

If an aspiring developer wanted to create an online gambling experience and was looking for a lucrative and receptive audience, they might look to a country like Finland, which has a population of around 5 million people. Finland’s gambling laws aren’t exactly liberal – the country’s government has something of a monopoly on officially sanctioned gambling in Finland – but there’s nothing stopping Finnish citizens from hopping onto gambling portals in other countries and spending their hard-earned cash how they like. This is something that’s already happening, according to this article – Finnish gamblers are flocking to Malta, which is a well-known hub for safe and approachable gambling.

Indeed, Finland is already the home of many renowned and respected video game developers, including Trials developer RedLynx, Clash of Clans creators Supercell, and Max Payne and Quantum Break head honchos Remedy Entertainment. There’s a huge audience for gaming in Finland, and that audience isn’t getting any smaller – it’s likely to increase as time goes on and more and more games become accessible to the Finnish market.

Of course, if Finnish gamers want to check out gambling games, they have only to access their beloved PS4 systems in order to do so. There are plenty of gambling games available on the PS4, from those which are specifically designed to allow players to gamble with either real or in-game currency (such as Prominence Poker, Casino Nights and The Four King Casino & Slots) to those which merely feature gambling as part of their in-game systems (like Red Dead Redemption 2 or Grand Theft Auto V).

VR is debatably a wellspring of untapped potential for developers in terms of casino gaming and the possible audience for same. Think about it – if you’re looking to experience casino gaming in the most classy way possible, but you’re not looking to expend too much effort or time, then what better way than to put on a VR headset and play a well-crafted casino game? There are plenty of ways to use a VR headset, but we’re betting that many game developers have let this one slip by them, and we can understand why – it takes a little thought to realise that this is a lucrative and attractive avenue for developers to pursue.

You might not even need to buy a game to get the fullest possible casino experience on your VR headset. We found a Finnish casino site that offers a full casino experience and over 1800 casino favourites for free, which you can check out right here. Everything you could possibly want from an online casino is right there – from blackjack to slots, roulette to poker, all of your gambling needs are covered by this site. It’s reputable, safe and great at handling your money, not to mention entirely secure, so go check it out right now.

In fact, while you’re doing so, why not use your PS VR headset? You can access this site right from your PS4’s browser, and of course your browser is fully compatible with the PS VR headset. You’ll feel like you’re sitting right there next to the dealer as they throw the chips your way, and you’ll almost feel like you can touch the cards as they land on the table and prophesy success for you. Give playing these casino games through your VR headset a try and we promise you won’t regret it!

So, after all that, what’s next for VR and casino gaming? As far as we’re concerned, this totally untapped market is only going to grow and become more prominent. It won’t be long before there are fully-realised and immersive casino worlds on the PlayStation, where players can wander around and interact with one another before gaming together, entirely in a virtual space. The immersive casino games of tomorrow will combine the immediacy and holistic worlds of the best MMORPGs with the low-cost, low-risk fun of great online gaming. Why not get in on the action early? Head over to the site above and check out some casino gaming on your PS4! 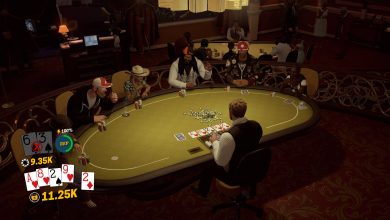 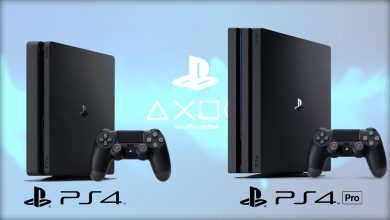 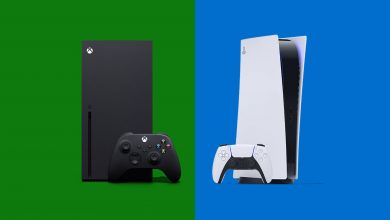 The Competition: Xbox Series X: How Good Is It Really?