Time goes by so quickly, doesn’t it? Seems like only yesterday we were heralding the arrival of the PS4, with its sharp angles and clean lines, and waiting for some of the best games and exclusives of the generation to be announced. The truth is, though, that it’s almost been six years (six!) since the 8th generation of gaming graced us with its presence.

The PS4 is still going incredibly strong, with games like Devil May Cry 5 and Sekiro: Shadows Die Twice showing that there’s still life in the 8th gen yet. Still, it’s probably time to start thinking about the future, and the PS5 that is as yet still a tightly-kept secret in Sony’s deepest and darkest labs. Here’s what we know about the PS5, and why we think it’ll dominate 9th generation gaming.

We don’t know yet exactly when the PS5 will be released, since this – like many other aspects of the console – is something Sony is keeping a closely guarded secret. However, Sony is skipping this year’s E3 presentation in favour of a more direct relationship with its fans, so it’s not unreasonable to assume that around this time we’ll learn more about the PS5. Market analyst Michael Pachter thinks the console will be released in 2020, so that seems like a reasonable estimate to go with. Others have said the console could be released as early as Christmas 2019, which seems like an outside shot, but miracles can happen. For now, we’re banking on 2020 for a PS5 release date, and we’ll throw our oar in and say November.

With new technologies like ray tracing and deep learning super sampling present in the best gaming PC graphics cards of the day, the PS5 will be expected to keep up with its ever-present desktop cousins. As such, expect 4K to be an absolute standard. The PS4 featured a semi-custom Radeon graphics chip, while the PS3 used (in part) Nvidia technology, so which of the major graphics companies gets Sony’s vote this time around is anyone’s guess. With reports of a discless Xbox One on the horizon, we can perhaps expect Sony to ditch CD media too, although less powerful Internet connections in potential markets might discourage them. In any case, expect the PS5 to significantly iterate on the components of its predecessor, even though Michael Pachter thinks the console will be a “half step”.

If we’re honest, it’s here that we believe Sony will really take over the market. Microsoft’s Xbox One has done some pretty respectable numbers, but according to VGChartz there are over twice as many PS4s in households worldwide than there are Xbox One consoles. Maybe it’s the excellent exclusives like Bloodborne and God of War that have seen the PlayStation 4 right. Maybe it’s the fact that Sony’s original E3 showing was far more confident than Microsoft’s. Either way, Sony has really built a brand for itself when it comes to console gaming, and it’s hard not to see the PlayStation continuing this dominance into the 9th generation. Nintendo aren’t interested in direct competition, seeing themselves instead as a “plus” rather than an “either-or”, so it looks like Sony will have an open goal unless Microsoft really pulls it out of the bag.

Again, there’s really no competition here for Sony. Exclusives like God of War, Bloodborne, and the upcoming Ghost of Tsushima place Sony firmly at the head of the software race. In the end, a console should be all about the games, not the hardware; it’s nice to have a powerful machine sitting underneath your TV, but it won’t mean much unless it’s running something you actually enjoy playing. Expect major sequels to established franchises like Uncharted, God of War, and The Last of Us to land on PS5 when it does launch. There’ll also likely be an emphasis on VR, since this is the next evolution in immersive gaming tech. In this area, too, Sony has little competition from its rivals; the PS VR is still the headset to beat for comfort and quality.

Could this be the ace up Sony’s sleeve when it comes to dominating the 9th generation of gaming? One of the best ways to get consumers on-side is to show them you revere and respect the history of the medium. Sony has already started to implement this attitude with its range of PS2 Classics and its PlayStation Now streaming service. If a newly-uncovered patent is anything to go by, then the PS5 could be backwards compatible not only with the PS4, but also with the PS3, PS2 and even the original PS1. Whether this will be through disc games or through downloads we don’t know yet, but if it’s true then Sony has pretty much already won the inevitable arms race for best console of the 9th generation.

These are just some of the ways we think Sony will dominate the 9th generation of gaming. How do you feel about this? Do you agree? Let us know! 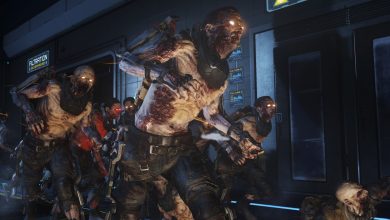 The 10 Best Zombie Games On PS4