There are a number of reasons why the push toward truly Next-Generation gaming occurred in 2013, each of them fitting together nicely like a jigsaw puzzle. For starters, we have to take the eagerness of your average gamer into consideration. Unless you have never been online or chatted with others via Xbox Live or the PSN, it’s fairly obvious that gamers are often a tough crowd to please. Even if you manage to release an awesome console or series of games, people will soon grow tired of the formula, pushing you to either adapt or commercially perish.

For instance, the Xbox 360 (as a console) lasted around 8 years (from 2005 to 2013) as Microsoft’s flagship gaming product. Of course this in and of itself is a major accomplishment, with the original Xbox lasting all of around 5 years before being replaced (2001 – 2005). The point is, consoles don’t traditionally last very long, technological advances and various types of hardware upgrades tend to make them obsolete fairly fast. However, this trend seems to have slowed down in recent times as evidenced by the longer lifespan of the 360 and PS3. It’s probably even safe to say that the PS4 and Xbox ONE will likely enjoy even longer life spans than those of their predecessors (unless some other major breakthrough in gaming technology takes place, which is always a possibility). 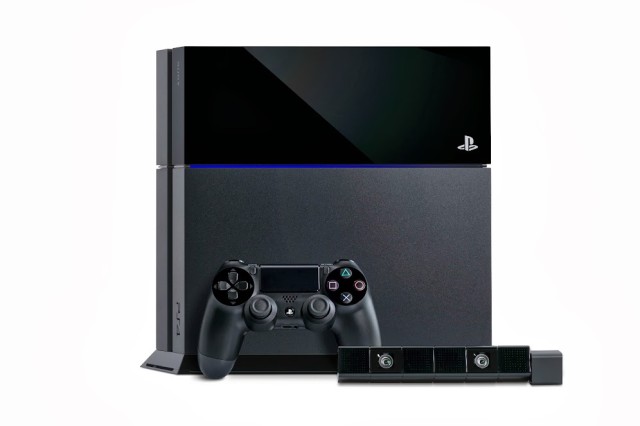 Similarly, game developers and software publishers have more or less explored many of the possibilities associated with 7th generation console gaming, with some of the more successful titles (like “Skyrim” and “GTA V“) serving as examples to this fact. These companies have been waiting for a new platform to emerge so that they can continue onward with their own experiments and projects. One of the best examples of this applies to the open world genre, which consoles are now a major player in.

In the past, the technological limitations of various home gaming devices meant that loading up a large, detailed game (that allowed for free-roaming in HD) simply wasn’t possible. Of course the advent of consoles like the 360 and PS3 quickly dispelled that notion. Now, developers are seeking to make game worlds even bigger, more beautiful, and intricately detailed – something that wouldn’t be possible on a console if not for the advancements offered by 8th generation tech. At the same time, various improvements in terms of A.I. are also taking place, which seeks to forever transform game experiences, making them much more sophisticated. It also bears mentioning that its been stated that both the Xbox ONE as well as the PlayStation 4 are much easier to create games for, which is something that both manufacturers wanted to ensure. To put it bluntly, now that these two new consoles are on the way, the game development community seems to be breathing a collective sigh of relief.

Moreover, we’ve also seen the abilities of monitors, TV’s and viewing screens in general, improving dramatically over the course of the last few years. Because the consumer electronics industry is so tightly-knit, where devices are often meant to be used in tandem with one another, it only makes sense for consoles to step up their game and begin demonstrating what these new TV’s are capable of. In the same way that game box manufacturers are reliant on the efforts of various software creators, you might say that TV manufacturers are also dependent on sellers of popular new entertainment / computing devices to boost their sales. A classic example of this tendency is shown with the relationship between gaming enterprises like Call of Duty, Halo and Grand Theft Auto and consoles like the Xbox 360 and PS3. In essence, these franchises help to “sell” the console, effectively promoting while also building a social community to drive its own sales.

As we begin to see higher and higher screen resolutions (and perhaps technologies) emerge, the need to have hardware capable of delivering interactive entertainment becomes even more critical. At the same time, with existing plans to bring new types of streaming-capable consoles to market, like the fabled “Steam Machine” (which would be tailored to work with the Steam online gaming service), the need to up-the-ante’ as they, say, becomes vital for the major console makers. In other words, for next-gen console manufacturers, the ability to offer something above and beyond that of their competitors is what might allow them to stay on top.

Lastly, let’s not forget about emerging ideas like the Oculus Rift either, which might be more elegantly paired with the PS4 than an earlier modeled console. All things considered, 2013 is the right year to go next-gen because of a combination of interrelated issues associated with financial, logistical, social, or entertainment consumption-based factors.

Reasons Why You Should Consider Buying the PS4 Camera

A parent's guide to the PlayStation 4