The Call of Duty series has certainly come a long way.  Activision and an assorted list of developers have worked hard to both expand and refine their FPS formula in order to open fans up to new possibilities.  In their latest effort, “Ghosts” we find an entirely new platform, if you will – sort of an amalgamation of the tropes developed by Modern Warfare and Black Ops, if you will.

Needless to say, this game has a lot going for it; not only are there an incredible number of in-game features and multiplayer modes to keep you busy, there’s also the single player campaign (which is said to be divergent; i.e. – based off of an alternate timeline).  Simply put, some people really seem to love this game while others are apt to turn away from it in favor of new IP’s.  Regardless of how you might perceive the game politically speaking, you have to admit that it’s jam-packed with enough goodies to keep you occupied for months on end.

No one ever said that mastering Call of Duty: Ghosts was going to be a complete cakewalk though.   You’ll need to use your wits and hone your reflexes a bit if you’re going to take home top honors when it comes to online play.   Moreover, tackling the single player story mode on the hardest difficultly setting (for the purposes of getting trophies / achievements) will also require you to apply your newly developed skills.  Here are some basic tips and tricks which will help you become a better “Ghost”…

Calm down and focus

Admit it – when you load up Ghosts’ multiplayer and jump headlong into the action your heart rate becomes elevated, right?  After landing a series of kills and finding yourself near the top of the board you immediately begin to feel extremely anxious and exciting, which tends to influence your performance.  This type of emotion-based play isn’t necessarily a bad thing, of course; in some instances it can actually improve your presentation.  But let’s be honest, how many times have you missed a shot in a multiplayer situation due to heightened nerves?

In order to become a truly world-class FPS assassin you’re going to need to become more disciplined when it comes to your mental fortitude.  Not only will this help you land more accurate shots, but it will also push you to make more sound decisions as far as general tactics are concerned.  The last thing you want to do is get yourself all hyped up running around the map, potentially advertising your location.  Instead, take a more measured approach – slow things down and familiarize yourself with all the fundamentals before attempting to go commando.

Hands down, the best thing you can do with any online-centric FPS is to memorize the various maps (preferably backwards and forwards).  In other words, in each area you find yourself parking in, either temporarily or as a camper, you should have two or more escape routes.  At the same time, you need to be able to backpedal your way across the terrain so that you can learn to effectively take out opponents while moving yourself out of the line of fire.  Sure, this might be more of an old-school tactic (from the days when circle-strafing was all the rage), but it comes in handy more often than you’d expect, especially when you’re lodged in a room or warehouse and cannot move forward against several enemies.

Moreover, because CoD: Ghosts features destructive levels, you really need to spend some time figuring out what changes when these maps are altered, as well as all of their “moving parts” (like elevators, doors, etc.).  Ideally, you want to try and bottleneck your opponents so that they’re left exposed while you and your team remain protected.  In other words, learn to use the environment to your advantage, because if you don’t, your opponents surely will.

Stick to one class (and two or three categories of unlockables)

In the same way that you might want to build a strong character in an RPG, you’ll want to enhance a single class first before trying to expand in too many different directions in Ghosts’ multiplayer.  In short, don’t spend your resources on things which don’t enhance the abilities of your character; instead, start off by building on your strengths.  For instance, if you’re deadly with a certain type of weapon, focus on upgrading there, the same goes for any and all perks.

Players with a penchant for using the knife will want to create a strong player who is absolutely deadly at close range, yet advancing quickly in terms of their medium to long-range capabilities.  In other words, you start off with your strongest suit and build upon your weaknesses over time.  Speed is obviously important, as is reloading times, particularly if you’re using a weapon that’s “slower”.  At the same time, you’ll need a plan concerning what you’re going to unlock with your squad points.  For instance, campers will probably get more mileage out of increasing their stealth and awareness, while more active players might be better served by focusing on speed or resistance.

Having a heavily fortified position is better than not, and the sentry gun is perhaps one of the best tools for securing any location.  Of course actually getting to use this weapon requires a killstreak bonus, but when it happens it’s like a breath of fresh air.  Moreover, if you’re tricky about where you place a sentry gun, you can really rack up some impressive streaks while limiting your opponents’ ability to locate it or even fight back.

Similarly, you can also find “field orders” on downed soldiers which require you to complete certain mini objectives such as secondary weapon double kills.  The big benefit here is that it offers you a way to increase your chances of receiving a killstreak bonus, you know – the sort that might allow you to devastate an entire map with a nuclear assault. 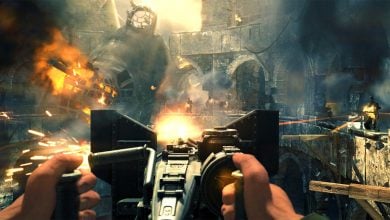 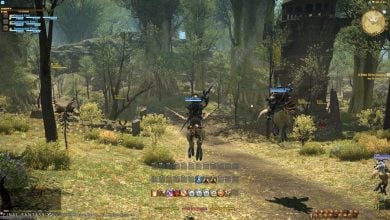 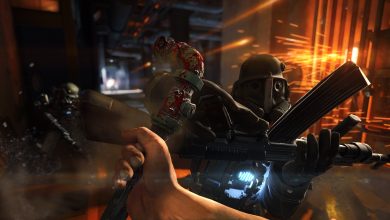