The esports industry is growing phenomenally quickly. In 2024, projections currently suggest the industry will reach around $1.6 billion in value, and with the Olympics and other major sporting events considering implementing esports soon, it’s hard to imagine a world in which esports will ever diminish in popularity.

One of the biggest dilemmas facing esports right now is exactly what platform to play games on. Of course, current-gen gaming hardware seems the best bet; the PS5 is a great platform, and it should provide more than enough support for esports. However, esports has traditionally been a PC-exclusive discipline, and there’s no reason the PS4 shouldn’t get a look-in, either. Here’s our breakdown on the merits of the PS4, the PS5, and the PC when it comes to esports.

The PC has the most robust betting potential

If esports fans want to bet on events, the PC has the best potential for helping them to do so. Easy access to web browsers means it’s simple to get some betting practice with sports betting or online casinos; simply fire up your favourite browser, grab that Coral casino bonus, and start putting some hours in learning about bankroll management and other esports betting basics. It’s also easier to use the PC’s web browsing facilities when compared with the PS4 or the PS5; the latter doesn’t have a browser, and the former’s browser can be a little tricky to navigate using a controller.

The PS5 has lots of esports support

The PS5 is already garnering plenty of esports support from major gaming companies around the world. It’s the official console of the NBA 2K League, and EA has already declared that it won’t be holding any major FIFA 22 tournaments on any platform besides the PS5. In addition, you’ll find lots of peripheral manufacturers making bespoke devices for the PS5, so if you like to use a controller when you’re playing your esports games, then the PS5 is likely the best platform on which to do so. High graphical quality doesn’t hurt, either!

Don’t count the PS4 out just yet

There’s still plenty of esports potential in Sony’s last-gen console. The PS4 got three new tournaments in 2021 revolving around Auto Chess, Guilty Gear Strive, and Tekken 7, with these three games joining the PlayStation Open Series lineup. The PS4 is also an altogether more reliable piece of hardware; it’s been through a couple of iterations already, meaning Sony has ironed out a lot of the kinks that might otherwise have been present. We think the PS4 is still a worthwhile platform for esports tournament organisers, especially if 4K isn’t a priority (as it usually isn’t for esports players).

We might soon be seeing esports betting built right into the fabric of the PlayStation ecosystem. Sony has patented a method by which players could place bets on esports events right from the comfort of their console; no web browser or external device would be needed. It’s obvious that Sony is passionate about its esports infrastructure, and although this system has yet to be implemented into a final PlayStation update, we’re sure that if it proved popular, there’s no way Sony would pass up the opportunity. Watch this space for more info about that.

Gaming PCs can get pretty powerful

Another point in the PC’s favour in the esports world is the ease with which one can build (or buy pre-assembled) powerful gaming PCs. A top-spec PC can easily outstrip a PS5’s capabilities and leave the PS4 in the dust, more’s the pity; graphical fidelity and power are no longer strong suits for the PS4. Of course, the PS5 has a bespoke focus on gaming in its favour, but esports pros might want to play on PC simply because the possibility for good graphics and silky-smooth frame rates is more distinct than it is on either of Sony’s machines.

This could prove the final nail in consoles’ coffins for professional esports. High frame rates are often considered essential for players to fully realise their potential in the esports world. The PS4 simply can’t maintain these frame rates; the PS5 stands a much better chance of doing so, but there’s no competing with PC when it comes to reaching frame rates of 240 or more, which are considered essential to match players’ reaction times. As such, unless players are playing a PS5 game at 120fps (and even then, this might not be enough), the PC will be the esports machine of choice for most.

We hope this discussion regarding the merits of the PC, PS5, and PS4 in the esports world has been helpful. What’s your favourite esports game? What platform do you mostly play on, and are you considering going pro some time in the future? Let us know! 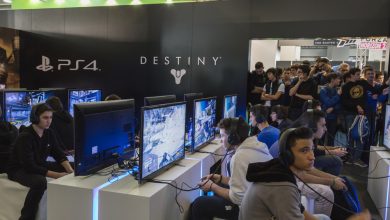 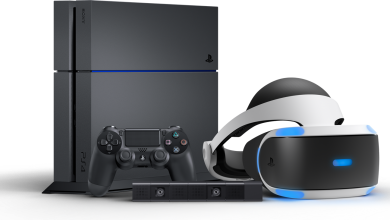 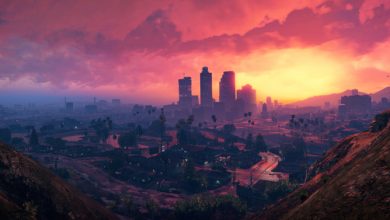