Max Verstappen has taken the Formula One world by storm this season. He has already wrapped up the 2022 World Drivers Championship, winning the majority of the races held. The last time a driver had the championship sealed so quickly was back in 2020, when Lewis Hamilton romped home and left his opponents in the dust. And both of those campaigns are a far cry from last season which was perhaps the most exciting one in the history of the sport.

Red Bull’s Verstappen and Mercedes’ Hamilton went toe-to-toe throughout the campaign, with neither driver able to pull out a lead on the other. And the rivalry most certainly boiled over. At the British Grand Prix, the British seven-time World Champion collided with the Flying Dutchman, who crashed into the wall at 160 mph as a result of the collision. To make matters worse, LH44 would go on to win the race. Verstappen would then be at fault a couple of weeks later, refusing to yield against his illustrious rival and colliding at Monza, and if it wasn’t for the halo safety accessory, Mercedes’ lead driver could have been seriously injured.

Of course, it was Verstappen who had the last laugh, however, overtaking Hamilton on the final lap of the final race of the season in Abu Dhabi to lift his maiden World Championship. The result was one of the most controversial finishes in Formula One history, but that won’t bother the Dutchman or his legion of fans one bit. And thanks to a number of exciting partnerships such as the one with PokerStars, he and his Red Bull team have gone from strength-to-strength since. But can you overthrow him with one of the following drivers in EA Sports’ F1 22?

In real life, Lewis Hamilton was unable to gain revenge for that bitter end in the Arabian Gulf. Ever since his debut in 2007, Hamilton has won at least one race in every season, but he needs your help to continue that streak this time.

The 37-year-old’s Silver Arrow was off the pace by as much as one second per lap earlier in the campaign. He was overshadowed by his young upstart teammate George Russell throughout the first half of this season and the previously unflappable Hamilton looked rattled. That will give you quite the challenge, especially with Verstappen’s Red Bull being the car to beat this season.

But if anyone can challenge Verstappen, it’s Hamilton. Throughout the second half of the campaign, he would have had two Grand Prix victories under his Belt – on home turf at the British Grand Prix and on enemy territory at the Dutch Grand Prix – if it wasn’t for more late safety car drama.

But Hamilton has solidified himself as perhaps the greatest driver of all time over the years, matching or surpassing all but one of Michael Schumacher’s records, and with you in control of matters, that could be the helping hand that Hamilton needs.

When the new campaign got underway, it looked like Charles Leclerc would be Verstappen’s closest competitor. He won two of the first three races of the season and pulled out a 50-point lead on the reigning World Champion. Since then, however, things have gone from bad to worse, and it’s been through no fault of Leclerc’s.

His Ferrari team – spearheaded by the hapless Mattia Binotto – has been responsible for losing the Monagascque driver a bucket load of points this season, taking him out of championship contention and leaving pundits baffled at the decision-making procedures at the Scuderia.

With you in control, you can eliminate the X Factor which is Binotto’s poor decision-making, and you may be able to challenge the 24-year-old Dutchman. The Ferrari is almost on par with the Red Bull in terms of outright pace, so how close can you run Verstappen? Can you halt his charge toward a second consecutive World Championship? Find out in F1 22, released across platforms earlier this year. 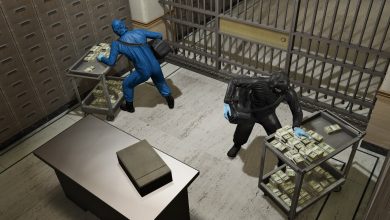