There are a lot of different headsets out there, but not as many as you’d think which are compatible (straight out of the box) with current generation consoles (in term of design). Yes, clearly engineers at Sony and Microsoft have made their machines much more universal, utilizing more standardized PC components, for instance, but you don’t want to just plug any old piece of hardware in now do you? The HC4 amplified stereo headset made by Gioteck is a great example of an aftermarket product which responds like an OEM offering would.   Not only that but it remains fully-featured, easy to use, sleek-looking, durable and completely capable of accurately reproducing the entire frequency spectrum while also remaining somewhat affordable as well. 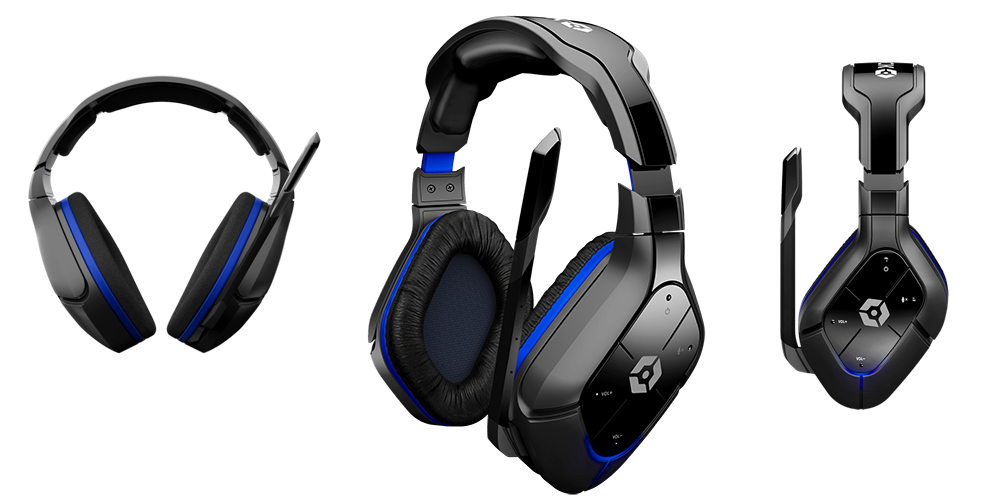 Unwrapping the HC4, you’ll find the unit itself, replete with a wired connection, along with a USB charging cable. Yes, this headset does plug into the PS4’s DualShock 4 controller yet it also requires that you charge it up as well, just a little fyi. Before we delve into some more specifics relating to Gioteck’s HC4 it bears mentioning that the PlayStation 4 and Xbox One aren’t the only devices that can use this headset. Handheld consoles, even smartphones, tablets as well as PC’s, etc. are also fully compatible. After all, we are talking about a standard mini stereo connection here, so there is a wide variety of potential uses for this particular product, all things considered. It really is the type of headset that can help you to deal with a range of personal sound reinforcement situations, so there’s a definite sense of versatility. Many other headsets perform admirably when attached to a range of different pieces of hardware, but the HC4 is perhaps one of the few that manages to do quite well on virtually everything (perhaps that was their intention all along?).

Anyway, back to the features…

The entire unit is composed of a sleek, black exterior which perfectly complements the aesthetics of the PS4. With its blue illumination lit it (which indicates that it is powered on) even takes on a slightly futuristic look, if you want to call it that. Likewise, the swivel-adjustable ear cups are padded and remain very comfortable, even for longer play sessions. Yes, a lot of manufacturers tend to claim that their product is great for extended / competitive gaming, but when put to the test they usually fall a bit flat in one or more ways. With Gioteck’s HC4, you really are getting a unit that can hang in there and isn’t prone to driving you insane and initiating tension headaches as with so many others. For those who might be unfamiliar with this predicament, we’re speaking of a scenario where the phones bear down and start to feel as though they’re smashing your skull from the sides, where the overall effect can be similar to that of a regular headache. At any rate, there’ none of that to worry about here… 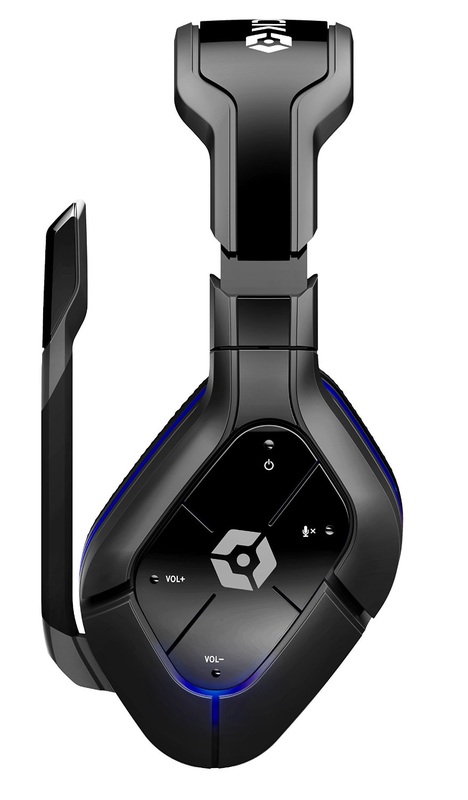 On the control side of the equation we find knobs for power, game and chat. In other words, this headset basically solves any and all volume-related issues by granting you complete control over the individual aspects of the audio experience. This is all fairly standard now, of course, pretty much every modern headset out there includes this type of divided control scheme, nevertheless, if it weren’t included here there would be serious problems to contend with. Moreover, the position of the controls is fine too, being located on the ear cup and out of the way. In this way you can rest assured that you’re not likely to accidentally shift the volume / audio balance in any undesirable direction. The boom mic is also durable and made of a solid piece so that it isn’t prone to breaking as easily as what you see with many other similar products out there.

Now, perhaps you’re sitting there wondering what will happen when you run out of bettery life / charge? Actually, that’s yet another really cool thing about the HC4 – it will enter “passive” mode when this happens so as to not completely cut you off. As this is indeed an amplified headset, this system greatly informs the basic sound quality, etc. All in all, you’ll get incredibly deep basses, crisp high and powerful mids from this unit, as to be expected. Overall, its sound reproduction capabilities are second to none, which is great considering its base MSRP. Speaking of which, you could probably place this headset in the upper tier in terms of quality and value. Nevertheless, it is moderately priced, being just a few ticks higher than higher-end economy workhorse models.

Now, when you connect your HC4 to the PS4 you’ll see a message pop up on screen. From here you’ll need to do some adjusting, just to make sure everything’s set up properly.   It is as follows, go to:

It should say that it is connected to the controller from there, you need only adjust the headphone volume slider as well as the one for the microphone found on that screen and you should be good to go. Note* – as you adjust the volume for the mic keep in mind that it should not display red on the readout bar, which indicates clipping or distortion. What’s cool is that when everything is set up properly you can actually control the PS4 with voice commands through the HC4. 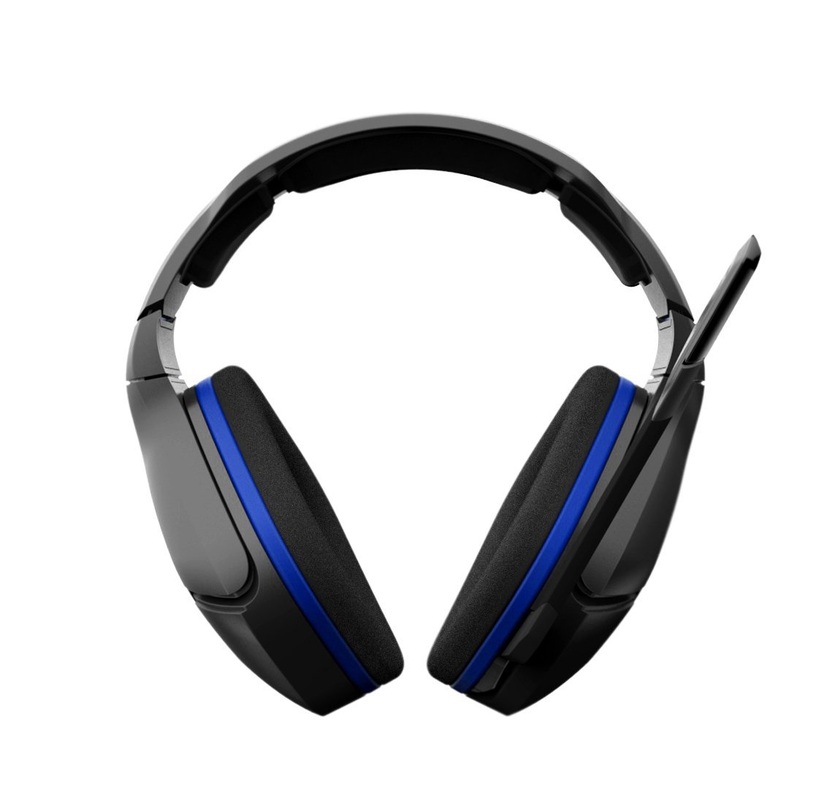 The bottom line here is the Gioteck’s HC4 is a great headset for anyone that owns a Sony PlayStation 4. It is both fully-featured and relatively inexpensive as well, which means that replacing it shouldn’t be an issue if it becomes badly damaged or lost. The HC4’s sound reproduction capabilities are solid too and it functions largely like a simple plug and play device. For the most part this product is all about value, but again, it does seem to respond like a more expensive product in several ways. If you’ve been on the look out for a quality headset with a value price tag, then the HC4 amplified stereo headset is currently the headset we’d recommend ahead of many others. Highly recommended. 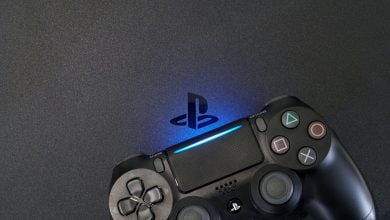