You cannot browse the internet for more than ten minutes these days without seeing an advertisement for a Virtual Private Network (VPN) provider. Massive companies such as Nord, ExpressVPN, and Surfshark are now mainstream, with millions of non-power users having one of their VPNs installed on their business and personal computers, laptops, tablets, and even mobile phones. Are you a VPN user? You should be if your answer to that question was no.

You first need to understand what a VPN is and how it works. An in-depth understanding is not required, but you should at least know the basics in layperson’s terms. When you connect to the internet and visit a website, your computer transmits data to the website in question, and the website sends data back to you. A VPN creates a virtual private network by acting like an intermediary. With a VPN-protected connection, your data passes through the VPN servers, where it is encrypted before arriving at its destination. Why do you need a VPN in your life? Keep reading to find out.

While the internet is mostly free, some websites and services are unavailable, depending on your location. For example, you may have an employee working in China whose government has strict rules and regulations regarding which websites its citizens can access. A VPN bypasses these restrictions and allows you to continue working freely. Of course, you should never use a VPN to break the laws of your location. A VPN opens the door to accessing previously unavailable services, including the popular BBC iPlayer, geo-restricted Netflix programs, and even the top betting sites online.

A VPN makes this possible in numerous ways, including making it look like you are accessing a website from a different location, even country, entirely. The VPN’s servers can make it appear that your data is coming from Germany when you are, in fact, located in New York!

Protect Your Data At All Times

How often do you or your employees use public WiFi in a Starbucks or other coffee shop? Many public WiFi networks are relatively insecure if someone has the correct skills to hack into the network. This means someone could feasibly access your computer or, at the very least, capture every email, file, or data sent across the public WiFi. Would you want your data in the hands of a criminal? Perhaps more importantly, would your clients be happy knowing their trusted data was in someone else’s hands?

Save a Small Fortune on the Cost of Network Security

Cybersecurity can come at a vast cost, not least because you need at least one employee to run the show. That employee is usually an expert in their field, and such experts command hefty salaries and rewards packages. Purchasing a subscription from one of the well-known and trusted VPNs requires minimal setup – most are up and running within a few mouse clicks – and there is no additional staff needed to keep the VPN running.

Even the best mainstream VPN companies offer significant discounts for a 12 or 24-month subscription. For example, the top-tier Nord VPN protection comes in at around $4.50 per month for a 24-month deal, which is affordable to even start-ups. Imagine putting your data and that of your clients at risk for the price of a takeout coffee once per month.

Other Gaming
13 hours ago 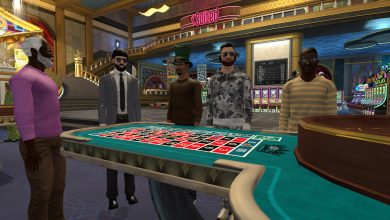