It’s been a long time since I’ve been able to say that. And that’s a damn shame, because even when taking into account its numerous missteps over the years, I’ve always had a certain fondness for the series, partly because the original Resident Evil was one of the two games I purchased alongside my first PlayStation back in 1996. (Tomb Raider being the other one. Two great choices there).

I loved Resident Evil, and as the years passed I continued to enjoy the series – the numbered sequels and Code: Veronica, anyway, not so much spin-offs such as Survivor, Outbreak, and Dead Aim. Although on-rails shooters The Umbrella Chronicles and The Darkside Chronicles were decent fun, particularly with two players.

Later entries in the series began to display a trend, however: Resident Evil was steadily moving away from its horror elements and increasingly into action territory, resulting in titles such as subpar squad-based shooter Operation Raccoon City and the absurdly over-the-top, zombie-suplexing Resident Evil 6.

For a while now, Capcom have been making occasional comments about how they’d like to return Resident Evil to its survival horror roots, but frankly I considered this to be nothing but the kind of empty PR talk you often hear from some publishers and developers. But at Sony’s E3 2016 press conference, Capcom proved me wrong. And I couldn’t be happier about that. 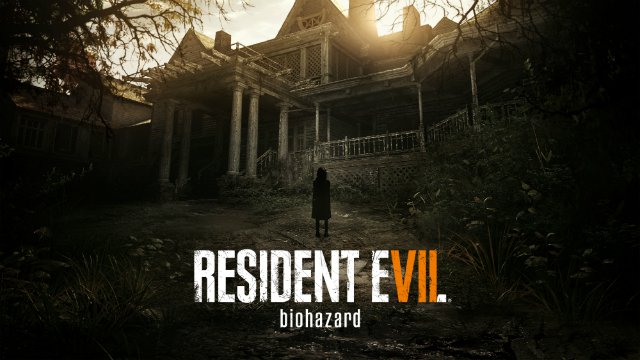 Because with a dark and sinister trailer – one which, before the (brilliantly designed) logo appeared at the end, I never would’ve guessed to be for a new Resident Evil game – Capcom revealed Resident Evil 7: Biohazard, scheduled for release on PlayStation 4, Xbox One and PC on 24th January 2017. (The Japanese version being titled Biohazard 7: Resident Evil). That wasn’t the only surprise, however, as soon after the announcement of the game, a teaser demo was made available on the PlayStation Store for PlayStation Plus subscribers.

At the moment, little is known about the plot and characters of RE7 beyond the fact that it takes place in a plantation estate somewhere in rural North America, and already I consider this a good sign, as if the game focuses on a single location then this harkens back to the Spencer Mansion of the original Resident Evil rather than the globetrotting adventures of RE6, so hopefully the new game will put the “resident” back in Resident Evil.

Also, I think it’s great that while RE7 won’t be a reboot of the series (something which really isn’t necessary), at the same time Capcom are clearly treating it as a clean slate. The world of Resident Evil is a big one, after all, so there’s plenty of room for new characters and tighter, more focused stories not bogged down by twenty years of continuity. 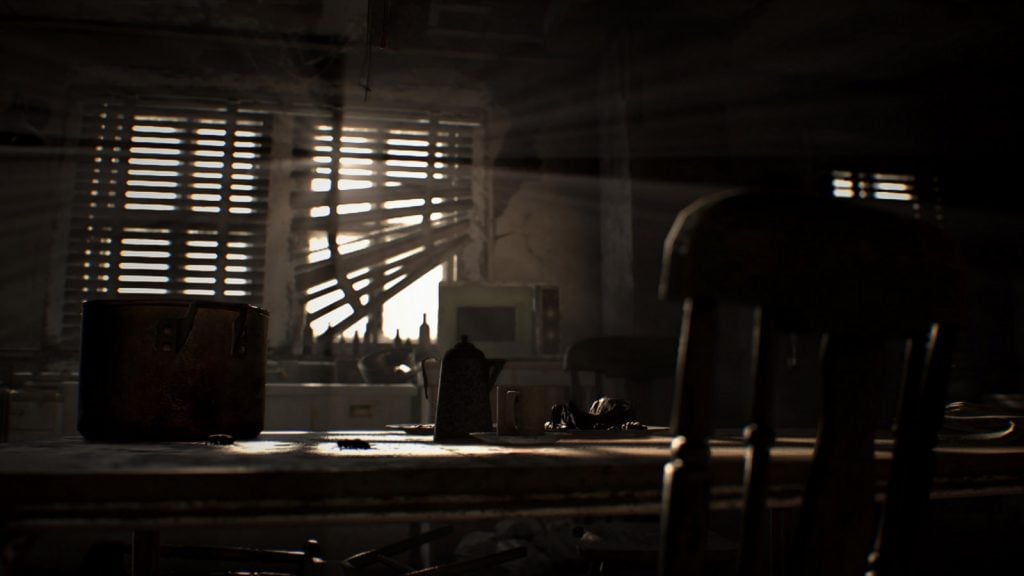 Virtual reality fans have further reason to be excited / terrified, as RE7 will be fully playable via PlayStation VR as well as on a television. And while many VR titles don’t exactly impress in terms of their visuals, if the full game looks as good as the demo then RE7 appears set to immerse VR fans in a great-looking game-world, Capcom utilising their new RE Engine for the game, the same engine which powered their PSVR tech demo Kitchen. While I’m personally not sold on virtual reality as it stands, if an optional VR mode doesn’t negatively influence any other aspects of the game and helps some players to enjoy the game more then it’s a nice addition.

This brings me to yet another surprise: Resident Evil 7

uses a first-person camera. While some spin-off titles have done this in the past, RE7 will be the first main entry to do so, and this seems to be another example of Capcom wanting to differentiate the game.

While I’ve seen some people criticise this choice, declaring that Capcom are simply aping Outlast, Amnesia: The Dark Descent and other modern first-person horror games which offer little to no combat and few other in-depth gameplay mechanics, this criticism is lazy and uninformed, and seemingly based solely on the demo, which is more of a tone-setter than anything else. For example, the demo still contains inventory management as well as two things which blatantly suggest combat mechanics in the full game: an axe which can be used as a weapon, and an “aim assist” toggle in the options menu. Not only that, but Capcom have already given interviews providing details which – if all true, of course – shut down any of the type of criticism I mentioned above. 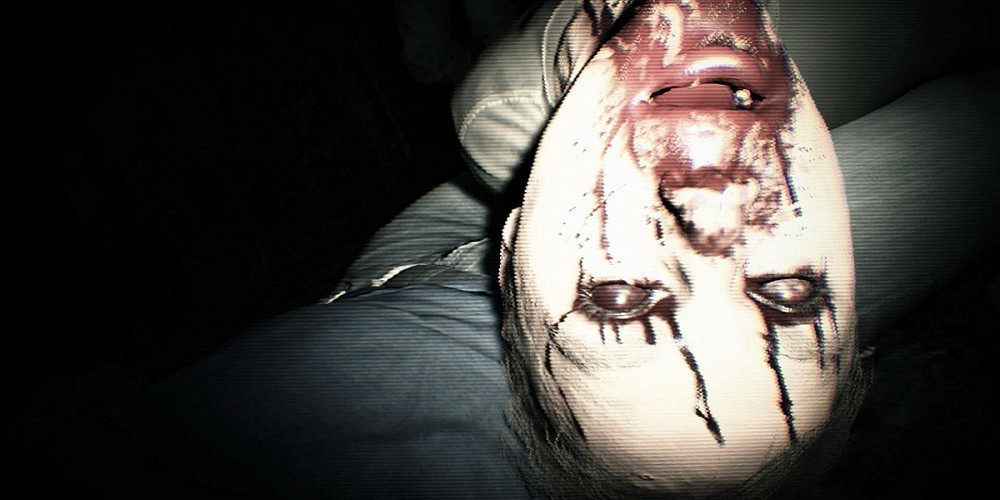 The demo, subtitled Beginning Hour, takes place within several dark, filthy and generally disturbing rooms inside a house which the player is tasked with escaping (there’s also a very small exterior area), and the experience suggests that someone at Capcom has been playing P.T., Konami’s playable teaser for the later-cancelled Silent Hills. (Never forgive, never forget). Because the two share similarities, not just in the way they were released, but in how they are very brief, contained experiences with a sense of mystery to them, each acting as more of a tone-setter for the full game to come (or not to come, in the case of Silent Hills) rather than a fully fleshed-out piece of said game.

While I didn’t find Beginning Hour to be as bowel-shatteringly terrifying as P.T., or as adept at drawing the player into its nightmarish world, the demo is still atmospheric and enjoyable, featuring great visuals, solid voice acting, and a macabre setting. Most importantly for me, it serves its purpose in making it very clear that, after many years, the Resident Evil series is once again fully committed to horror.

And for those fans of the more action-orientated Resident Evil games who might dislike this direction despite the series’ horror roots, the series as a whole remains successful and sprawling enough to accommodate action-focused titles, as seen by the upcoming multiplayer shooter Umbrella Corps. Although I’m not particularly interested in such titles myself, I certainly don’t begrudge their existence if Capcom develop more horror-focused games such as RE7 alongside them. Choice is a wonderful thing. 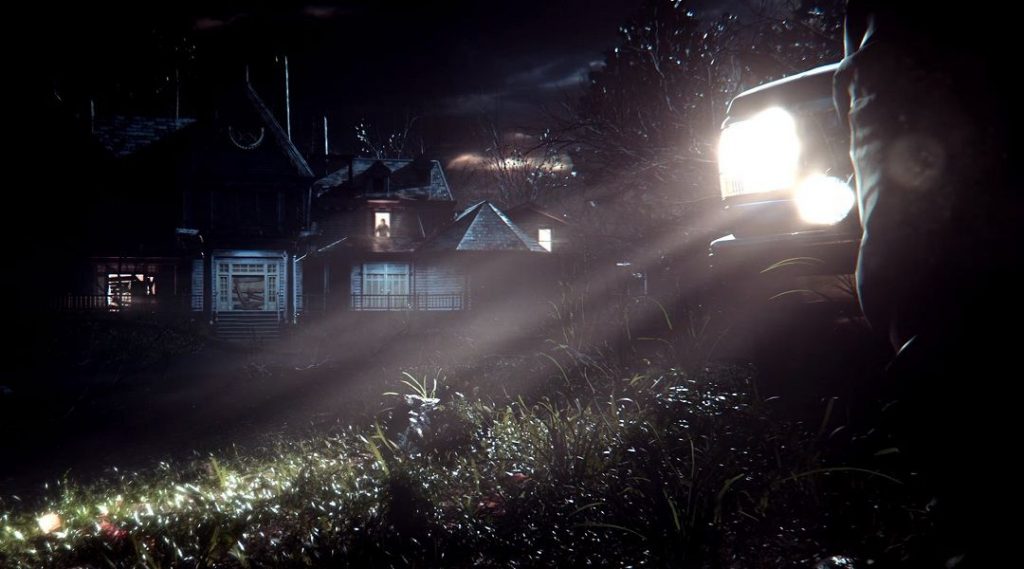 As a lifelong fan of horror fiction, it’s been great to see the genre gradually return to its former prevalence within videogames following the period when some greedy, short-sighted people and organisations – Resident Evil 6-era Capcom included – pushed the narrative that horror games were dead and that action was the way forward. Because to put it bluntly, that was always horseshit, as seen by fairly recent and fantastic horror games such as ZombiU and Alien: Isolation, and I’m thrilled that RE7 could well mark a return to form for the series.

Finally, how often does a large publisher actually take fan feedback into account and re-evaluate a beloved series which many people agree had lost its way? But with Resident Evil 7: Biohazard, Capcom seem to be doing just that, and while the original Resident Evil was far from the first horror videogame, it did bring about the survival horror subgenre, so Capcom’s newfound respect for the series’ heritage is no more than what it deserves.

I’m excited about Resident Evil, and it feels good to finally be able to say that again. Roll on January 2017.