When someone utters the words “casino game” one immediately begins to imagine some type of title which actually allows you to wander around in and fiddle about with all sorts of interesting games, like blackjack, poker or roulette.  Being able to physically / virtually walk around in a simulated casino of course, is something that no game developer has been able to pull off quite so easily, even though many have tried to bring this type of experience to the forefront.  Well, it seems as though Digital Leisure is apt to give it a shot with the upcoming PlayStation 4 game, “Four Kings Casino & Slots”.

Why you should care

To get right to the point here – this is supposedly going to be a game that takes a sort of “RPG-ish” approach to inserting you into its world.  In other words, you actually start off as you would with many role-playing offerings, by creating and dressing your own character, from scratch.  Following this, the idea is that you can enter the casino and begin looking around for stuff to do.  Of course, there’s also a highly anticipated social interface and system that’s being added as well, which (if it works properly) might even allow entire gaming communities to spring up around this title.  Regardless, just to have a bona-fide casino simulator available (for any platform, really) is a GOOD thing for those who like card play, gambling or casino culture. 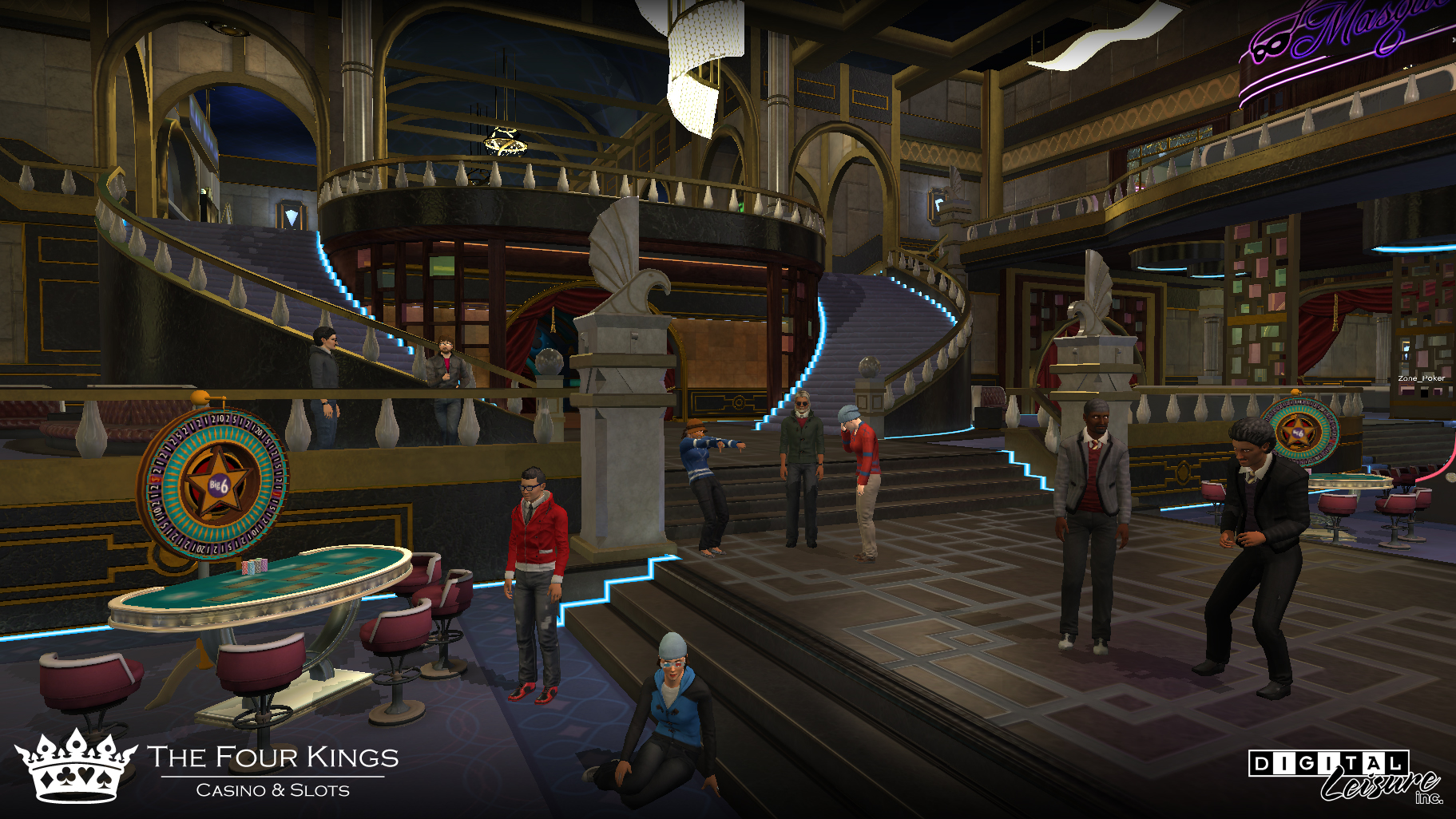 Currently, not much is known about how the gameplay is to specifically work; i.e. – whether or not it is to be a first-person or third-person experience, for example.  However, judging from the various screenshots currently available, Four Kings seems to take on a certain “Second Life” or “The Sims” –like character, with your standardized lobbies and segregated activities positioned throughout the casino itself.  Likewise, as your bank roll / rewards increase, you have the option to upgrade your clothing, etc. which certainly adds an extra bit of customization for those who require it.  In fact, there’s even talk of adding various incentives which demonstrate your current level and ability within the game, where more extravagant duds mean that you’re a high-roller and so forth…

What kinds of activities will you be able to engage in?

According to the game’s developers, your standard offerings like “Texas Hold’em Poker, Slots, Blackjack, Roulette, Baccarat, Bingo, Video Poker, Instant Keno and more” (source) will be available in-game.  This is just the tip of the proverbial iceberg though, as they say, because the real lifeblood of this game / platform is set to be its online environment(s).  In short, this means that they’re not simply going to create a static system where there is no evolution in terms of gameplay, instead you’ll find all sorts of new additions coming online as the game progresses and ages.  Moreover, since a large portion of the game itself is based on the resulting actions of other players interacting with each other and the platform itself, one might say that what we’re left with is a world which feels very much “alive”.

Who is Digital Leisure?

Just in case you were wondering, the software company responsible for producing this upcoming work, Digital Leisure, has been at it since 1997 and is known for creating all sorts of classic PC games as well as titles for the Wii and more.  They are a Canadian organization which mostly publishes games and remains independent with private backing for their ongoing projects.

This could be one of the best casino simulators ever released

Again, this is title that seems to draw inspiration from other games such as The Sims, where the world is your oyster, so to speak.  Assuming that the devs really nail this one, we could be looking at one of the most exciting gambling games to ever grace any console / platform.  Additionally, since we’re also talking about something that’s meant for the PS4, it will likely also respond extremely well as far as graphics and performance is concerned.  If that weren’t enough, one can also easily envision the myriad ways that the PlayStation 4’s online and streaming features will add to the fun. 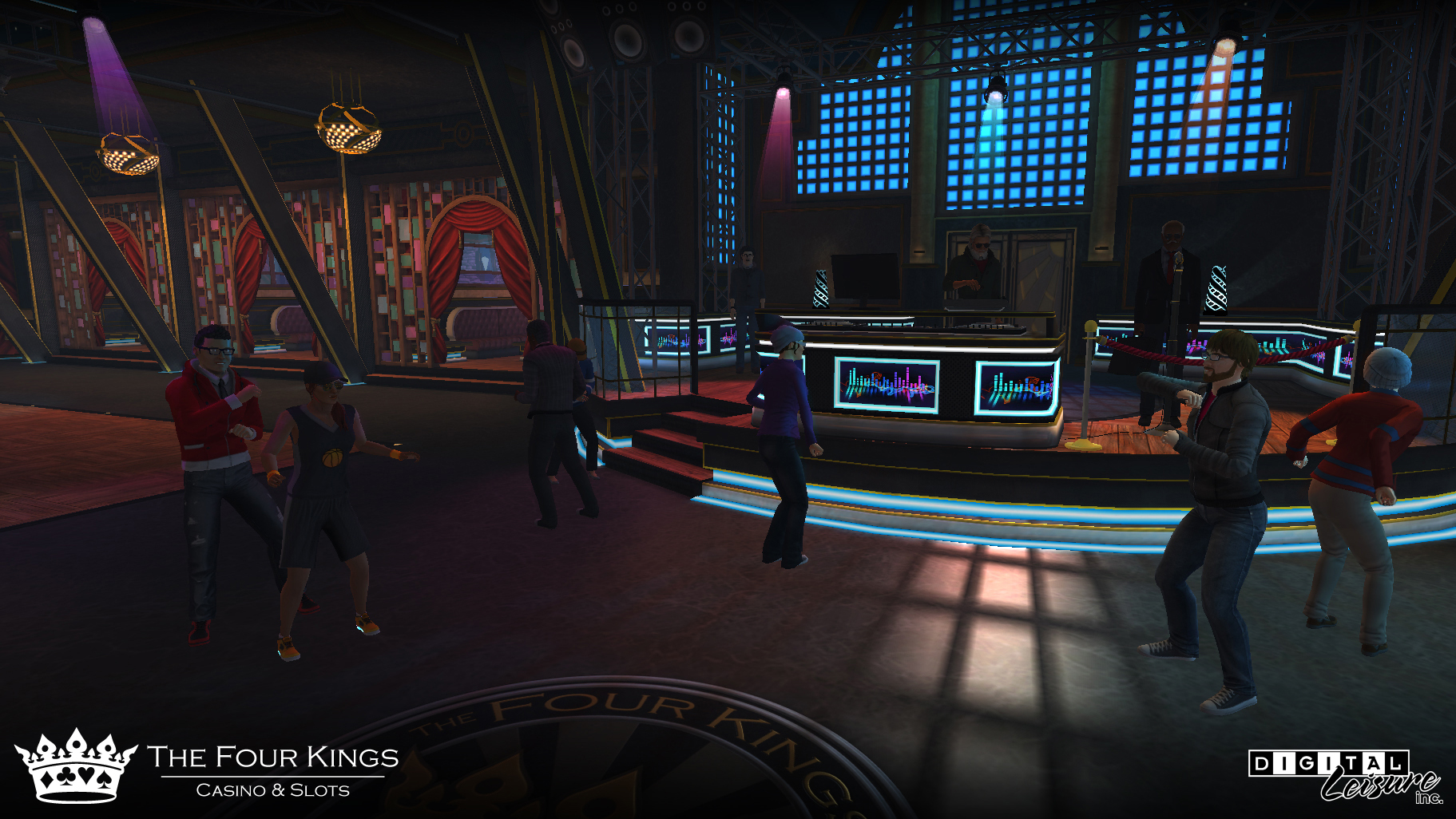 This is, of course, all rumors and wishful thinking at this point, we’ve yet to see any gameplay videos or demos as of yet.  Still though, it’s hard not to anticipate great things with this game and concept, where it seems like the sky’s the limit.  Moreover, there really isn’t anything to compare it with either, as there are precious few titles out there which allow for online play in a somewhat open world-ish casino environment.  To tell you the truth, it seems like it could be a boom or a bust.  Nevertheless, we have to hold our hopes high that Digital Leisure really comes through with this one, the stakes are high and they certainly seem to have a lot riding on this venture too, after all.

This whole idea points to a meeting of two online genres that have so far remained stubbornly entrenched in their own particular territories. There has, until now at least, been a distinct no-man’s land separating the console-based gaming industry and online gambling. Despite similar technological infrastructures and – often – shared development talent – that no man’s land has remained sacrosanct.

Part of that divide perhaps reflects the early marketing of the console industry at teenagers and younger adults. In contrast, responsible cash gaming providers have always made a point of steering their offerings at an identifiably adult audience. That divide between the two genres has been maintained as a matter of them addressing to two identifiably distinct age-groups. 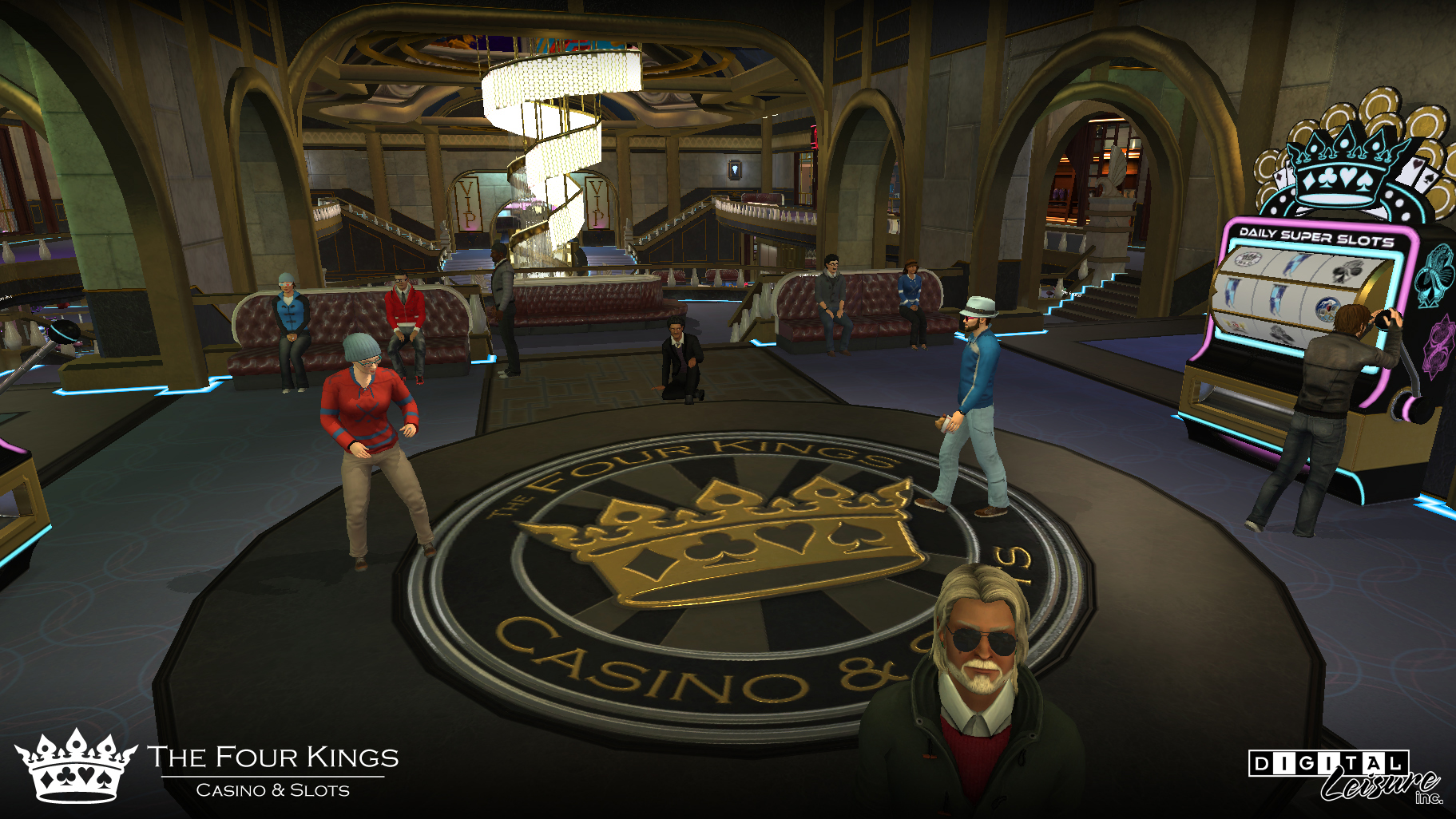 But as the gaming phenomenon has matured so has its original audience. The result is that those early adopters are now a wholly legitimate and respectable market sector for the adult gambling industry to target. The console generation has grown up.

Seen in this light, if betting and poker is your thing, then this game won’t disappoint. 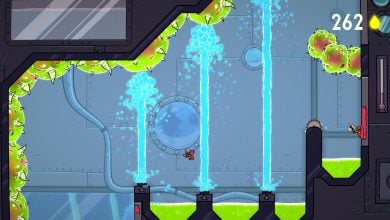 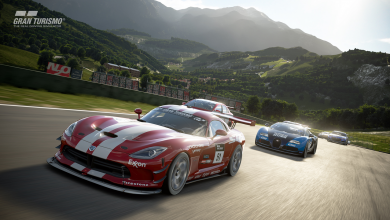 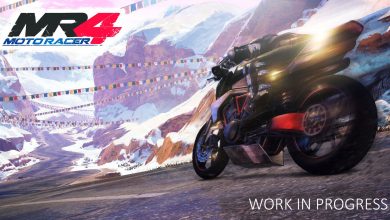