Consider, if you will, the strange and somewhat lost world of the official tie-in game. These ill-fated titles have been through many iterations over the years; in the 90s they were 2D platformers, in the 2000s they took the form of 3D collect-a-thons, and in the 2010s they were mostly third-person shooters (yes, even the Harry Potter video games eventually fell into this trap).

As soon as the PS4 entered the scene, the amount of tie-in games decreased significantly. This was perhaps a result of the console market shifting slightly to accommodate hardcore gamers who felt like they’d been left behind by the Wii and DS, and it might also have had something to do with gamers as a generation aging and needing more unique experiences rather than simply wanting to play interactive versions of their favourite movies.

Whatever the case, these games didn’t completely disappear. Games like Mad Max and Spider-Man were arguably created to tie in to important movie franchises, even if they don’t directly base themselves on instalments from those franchises. Elsewhere, Travelers’ Tales kept the flame burning with the Lego franchise, each of which is based on a major movie or intellectual property.

Into this storied world comes Nickelodeon Kart Racers, a sort of greatest-hits tie-in akin to something like Super Smash Bros or Sega Superstars Tennis, but for the kart racing world. Nickelodeon Kart Racers wants to be the kind of game you love playing with your kids; it wants to help you reminisce about the good old days when you used to sit on your carpet cross-legged watching Nicktoons, but it wants to show your kids the cartoons they’refamiliar with now, too. 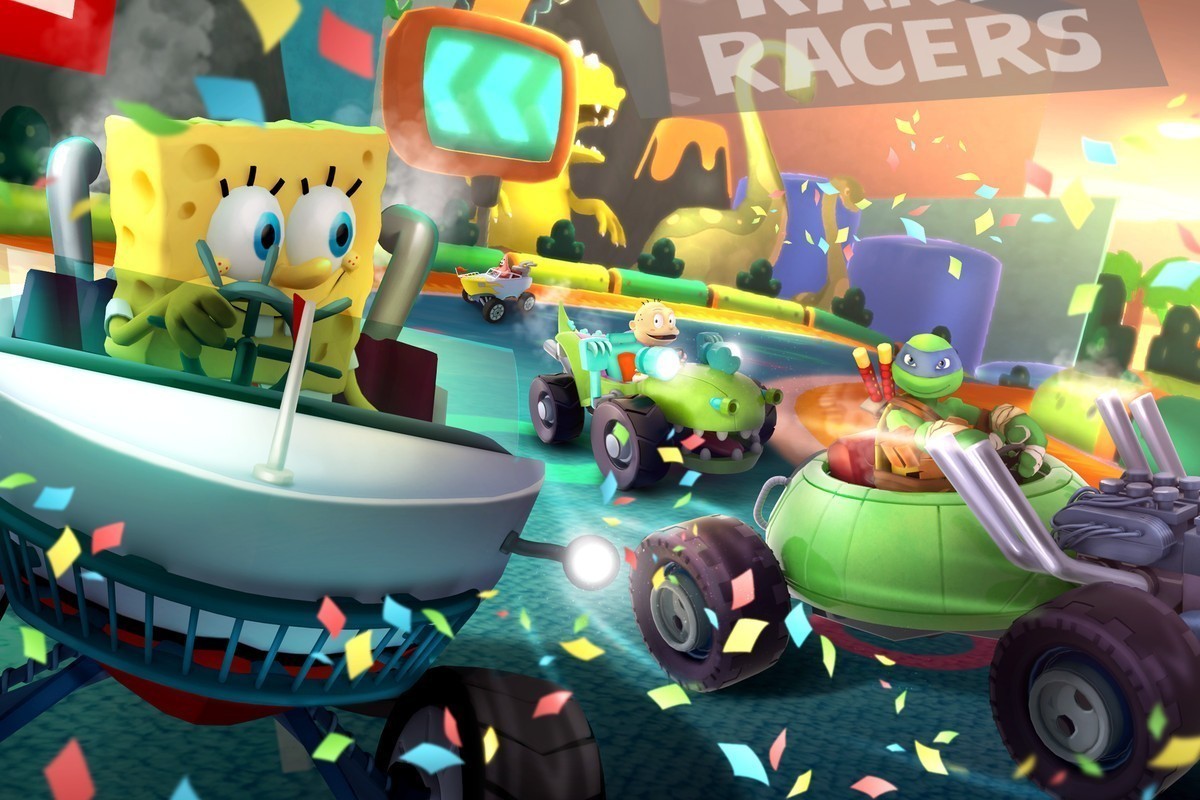 The elephant in the room, of course, is that both of the aforementioned games (Smash Bros and Sega Tennis) also have kart racing games attached to their brand, and they’re both fairly significant in the gaming world. Mario Kart is, of course, the gigantic gold medal draped around casual gaming’s neck, while Sonic and Sega All-Stars Racing is the slightly deeper dark horse poised to steal the crown from Mario Kart’s complacent head.

All of which is to say that Nickelodeon Kart Racers has its work cut out for it when it comes to creating a distinct presence in a market that might not be crowded but is certainly dominated. Whether or not this game carves out a place in your regular rotation will depend on how regularly you play the aforementioned games, and what exactly you want from a kart racer. 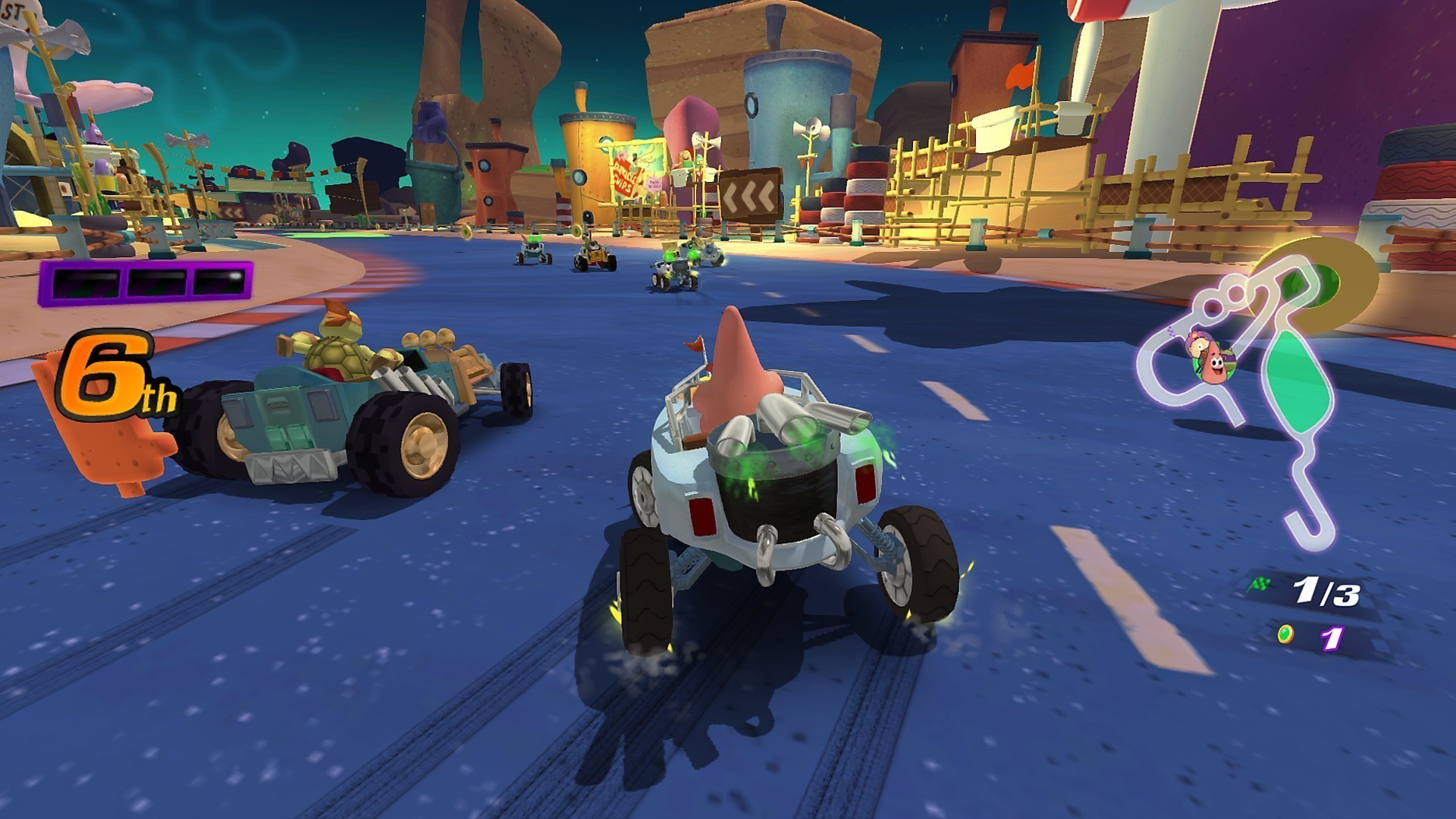 First off, it’s important to note that for PS4 owners, Nickelodeon Kart Racers will be one of a very small number of racing releases that it’s possible for parents and kids to play together while enjoying a similar experience to Nintendo’s juggernaut. Like Mario Kart, Nickelodeon Kart Racers sees players competing with each other and the AI to reach first place across a series of three laps. Like Mario Kart, there are power-ups, coins to collect which increase speed, and a number of different tracks based on characters and worlds from the game’s franchise(s).

Nickelodeon Kart Racers’ intention to imitate is writ large across its face, then, but does it succeed? The answer is – largely – yes. In terms of polish and presentation, Nickelodeon Kart Racers will never compete for Mario Kart’s throne, but it’s a perfectly serviceable racer in its own right, offering a deceptively deep mechanical experience to match its impressive 24-track total. Powerups are nicely varied and interesting, and there’s an in-game shop for unlocking extra features. Its roster is tiny, with only 12 characters to choose from, but Nickelodeon’s most iconic cartoons such as Rugrats and Teenage Mutant Ninja Turtles are well-represented. 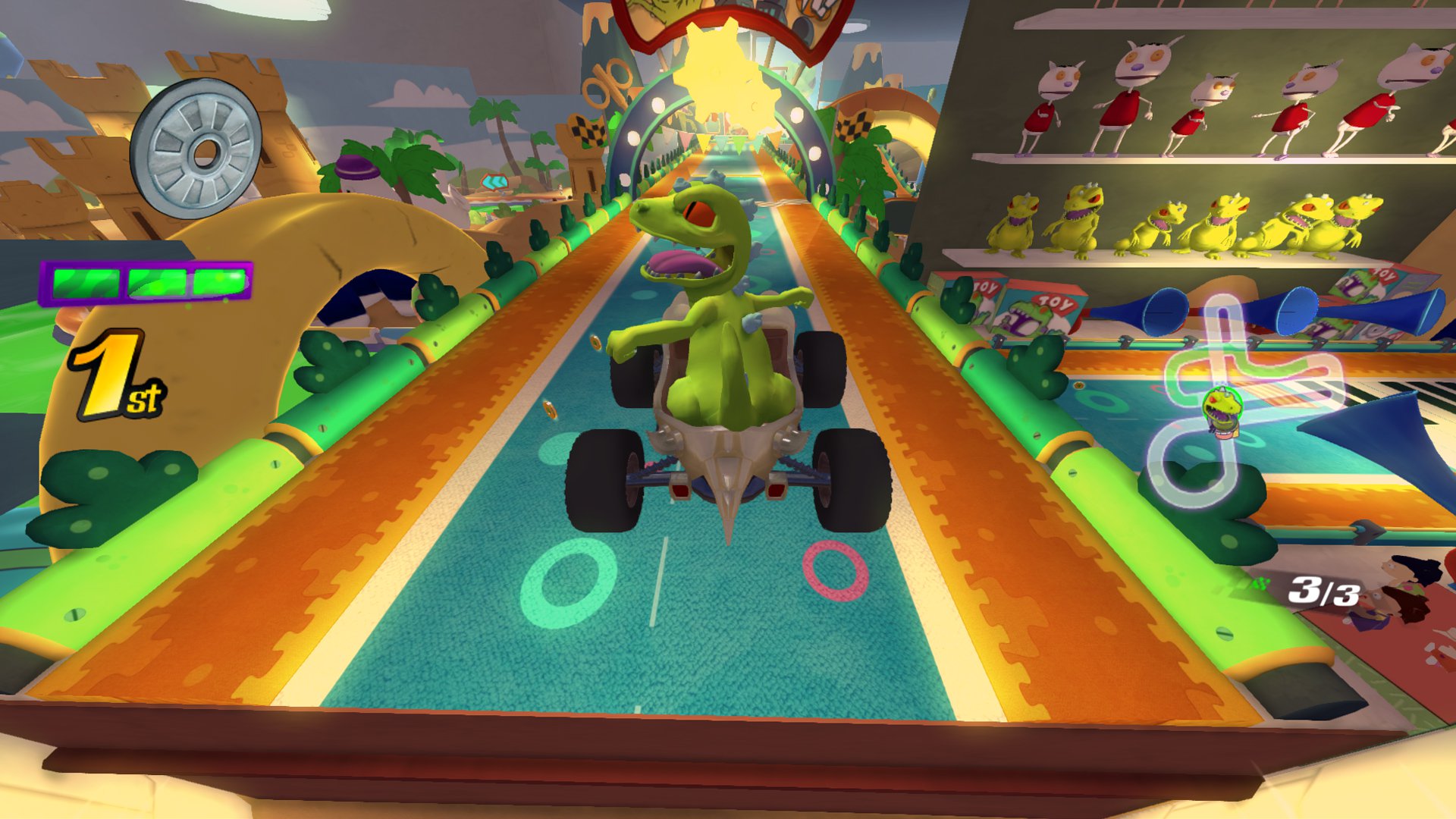 Unique to Nickelodeon Kart Racers is its Slime mechanic, which evokes the iconic Nickelodeon green slime of the 1980s. Driving over the slime activates speed boosts for players, but the slime itself is slippery, creating a risk-reward mechanic which asks players if they want to sacrifice control for a burst of speed. It’s a skill-reliant gameplay quirk which is missing from Mario Kart, and lends an extra dimension of depth to the otherwise shallow Nickelodeon Kart Racers, but it’s not quite enough to catapult the game into legendary status by itself.

Of course, it could be argued that Nickelodeon Kart Racers simply isn’t aiming for the same moon that Mario Kart is. Its more wallet-friendly price, miniature roster and unashamedly B-grade graphics speak to a smaller production, something that wants to be played occasionally rather than obsessed over, broken out during wet Sunday afternoons. On that front, it succeeds utterly. Don’t expect it to replace Mario Kart if your secondary console is a Switch, but for loyal PS4 owners, it’s a more than adequate option for those looking to enjoy a gaming experience with their kids without the hefty price tag attached to Nintendo’s grey monster. 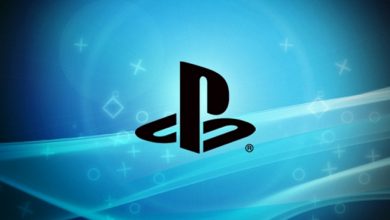 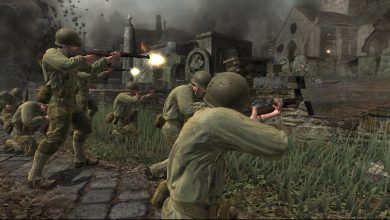 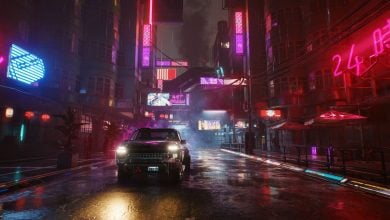 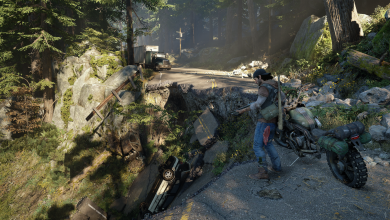