The PS5 is arguably the best gaming console on the planet, but how much do you really know about it? There are tons of cool hidden features that we think most people have no idea about. In this article, we’ll be sharing 6 things you didn’t know your PS5 could do. Whether you play autumn-themed games or consider yourself a hardcore COD player, these features will definitely come in useful for any PS5 gamer.

1. You can change the stand

Did you know that your PS5 has a detachable stand and can be changed? Unlike the other leading consoles on the market, your PS5 can be augmented to fit in whatever space you desire. When it first arrives it’ll come with the stand at the bottom, making you think it can only be positioned upright but that isn’t the case.

It’s also reasonably simple to do, with the base stand being easy to remove; it can quickly be attached to the long base of the console. This can be super handy if you don’t have the vertical space to have it standing up but still want it to look slick beneath your television. Simply switch it up then have your console sit horizontally.

Nobody likes having to spend money when they don’t need to, so before you throw away your old PS4 controller, make sure to check if it’ll connect to your PS5. This feature is super handy as it can save you money and gives your old PS4 accessories some extra life.

This feature is especially useful if you enjoy playing locally with friends or family and don’t want to buy a new controller. Additionally, we love that you can keep your old controller as a spare just in case your PS5 controller stops working or is accidentally broken… no judgment here!

We’ve been saying forever that cloud gaming is the future and now it looks like it’s here in all its glory. It’s so useful that you can play games on your PS5 without having to download them or wait for the game to load up. When you stream online, all you have to do is find a game that’s compatible and press start.

This is handy for gamers who often use up all their storage by downloading massive games and then barely have enough left for any others. There are also ways for you to be able to play your old PS4 games on your new console by using the same feature, though you’ll need to have both running alongside each other.

What people love about Sony and PlayStation is that they’re always looking for new and exciting ways to innovate in the gaming space, even more than their competitors. This not only keeps their customers happy but also makes for a better and more engaging gaming experience for all involved. Everybody wins when we find new ways to game.

The coolest innovation we’ve seen with the new PS5 is something called selective downloading. It essentially allows gamers to download only the parts of the video game that relate to what they want to do, not only saving storage but also meaning that gamers can play quicker and have even more fun without having to wait around.

A cool feature that we think is a nice touch, even if it’s just a little added bonus, is the ability to remove the panels from the PS5 console and add custom PS5 panels instead. While it does little to actually improve the overall gaming experience, it’s a nice touch that we think many gamers will definitely appreciate.

Remember those awful stickers you used to be able to buy for your consoles just a few years back? If we’re honest, nobody liked them at all and so being able to have custom pieces added to your PS5 is a real-life saver in this regard. They won’t come that cheap, but they can add some personality to your console’s appearance.

An inclusion that really surprised us, especially given how much money Sony could make from headsets, is the fact that you can use your DualShock controller as a microphone for when you’re playing with your friends. Headsets don’t come cheap, and Sony definitely could have sold them as expensive add-ons.

We’re skeptical about the sound quality and the amount of interference that’s bound to come through, but it’s a really cool touch that should help less wealthy gamers get involved in online gaming. There’s nothing stopping you from upgrading but not having to spend even more money right away is a real lifesaver. 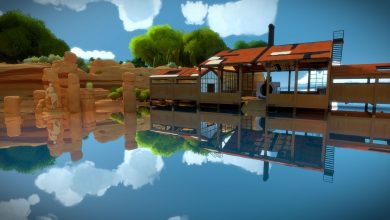 Why You Should Try ‘The Witness’ for PS4