Given that the Blu-ray format has more or less finally started to replace DVD as the preferred delivery method for big box games on consoles, we thought it prudent to come up with a list of movies which are worth watching via that particular format.  Needless to say, the level of visual quality and realism inherent in Blu-ray is such that most people simply don’t want to go back to DVD’s after experiencing it with a few of their favorite movies.  So, here’s a list of some of the more intriguing movies (which are available in the Blu-ray format) that you will probably want to watch on your brand spanking new PS4 console.  Please keep in mind that we’re trying to provide a list of films which truly demonstrate the power of the format (mostly sci-fi), so most of the selections will reflect that…

As far as science fiction movies go, you’d be hard-pressed to find a more influential and beloved series as Ridley Scott’s “Alien” franchise.  Not only are these movies intensely atmospheric and visually creative, they feature intensely great performances from great casts as well.  In this set you’ll bet the original “Alien”, as well as its follow-up “Aliens”, newly upgraded to 4K resolution.  Also included in the package are “Aliens 3” and “Alien Resurrection”, both of which are excellent.  Lastly, the entire slew of films have also had their audio remastered into the DTS-HD Master Audio format, which is perfect for those with nice surround sound setups. 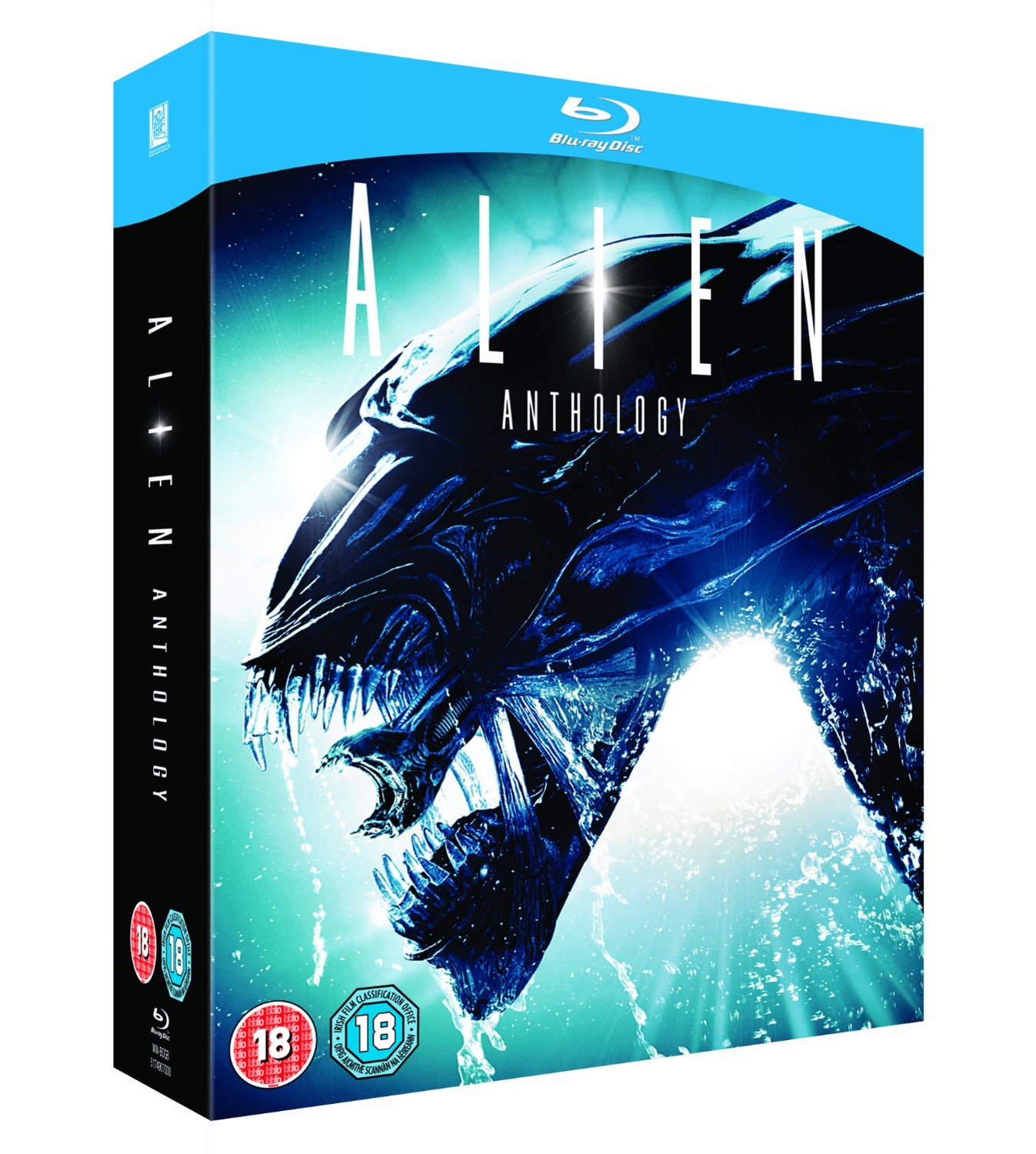 Even if you are more inclined to purchase the 3D version of this spectacular movie, it goes without saying that the blu-ray edition is also amazing.  This particular film has attracted quite a lot of attention, with many heralding it as one of the best sci-fi films ever made.  Regardless of how you feel about it, the movie looks amazing on blu-ray and should definitely be in your collection if it isn’t already. 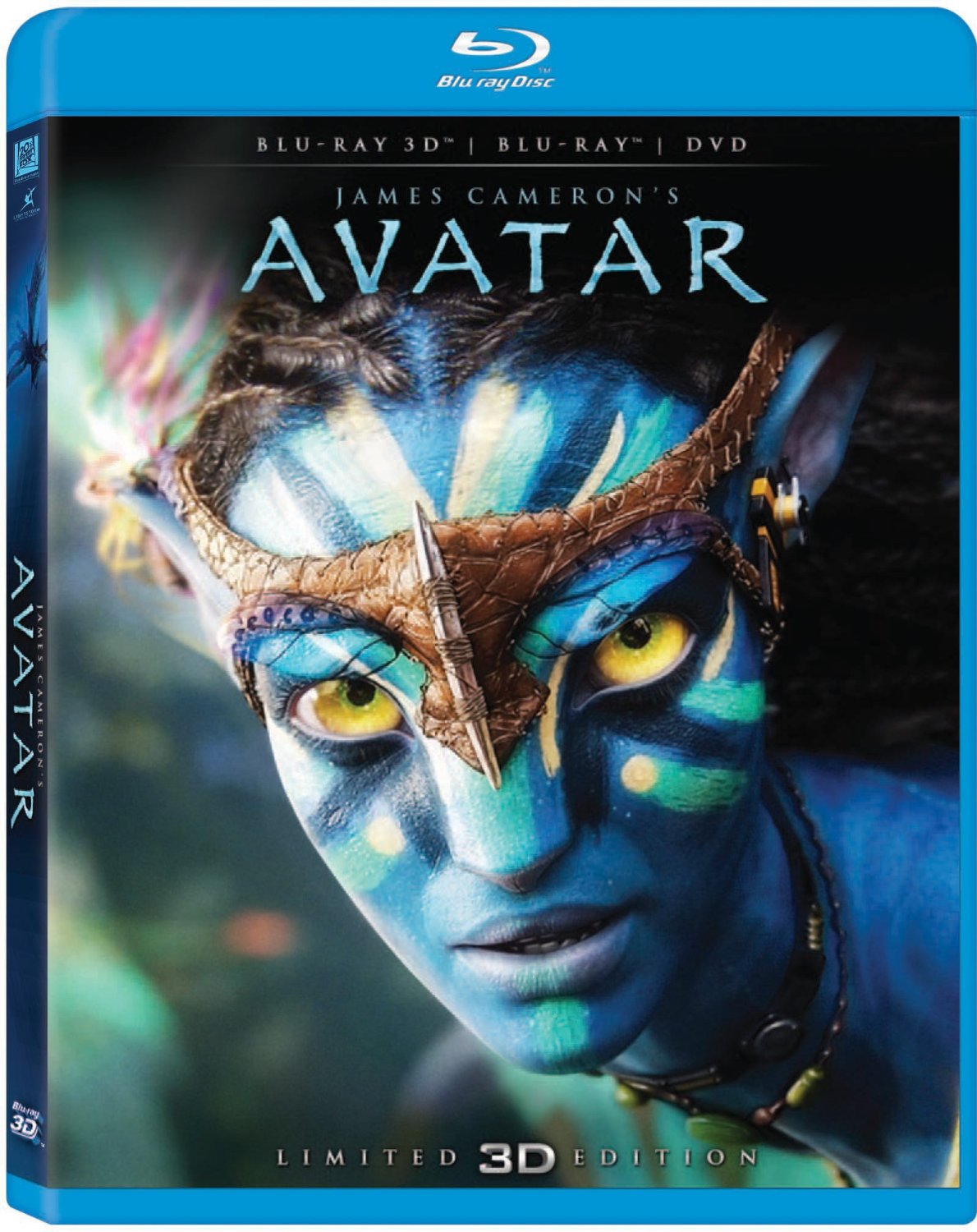 1982’s “Blade Runner” is unique in that it is a film that has directly inspired many major video game franchises with its general art direction and style.  Aside from its stellar cast (which includes luminaries such as Harrison Ford), the film itself covers the moral ambiguities concerning the value of organic vs. artificial life.  This particular blu-ray edition sees the film newly remastered and improved, which should delight more than a few science fiction fans. 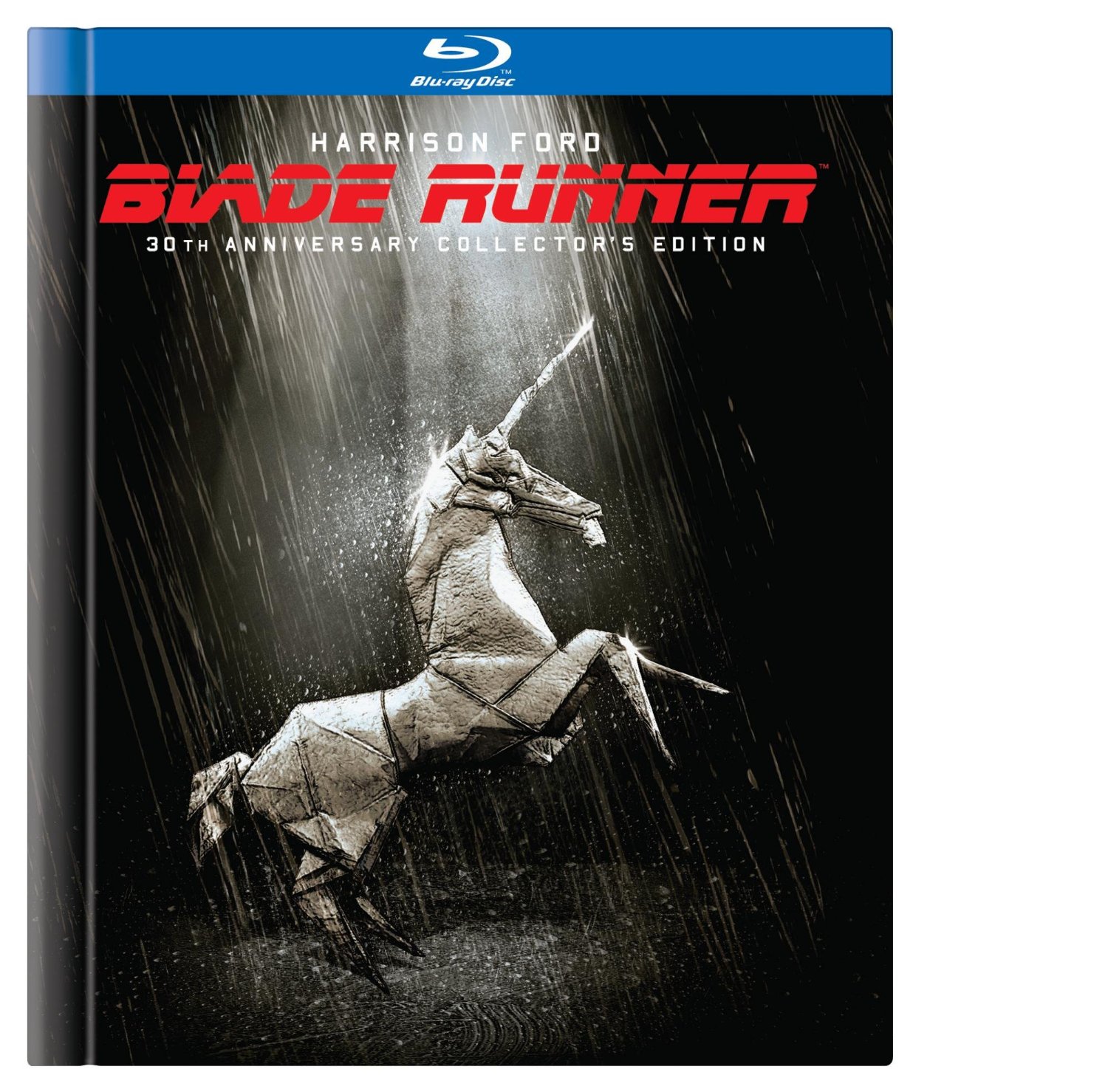 When it comes to iconic films, Francis Ford Coppola’s “Apocalypse Now” definitely ranks high on the list.  This particular edition adds the 1975 version as well as the longer director’s cut as well as a documentary called “Hearts of Darkness” which explores the making of the movie.  Just a great collection for film buffs who really enjoy timeless classics. 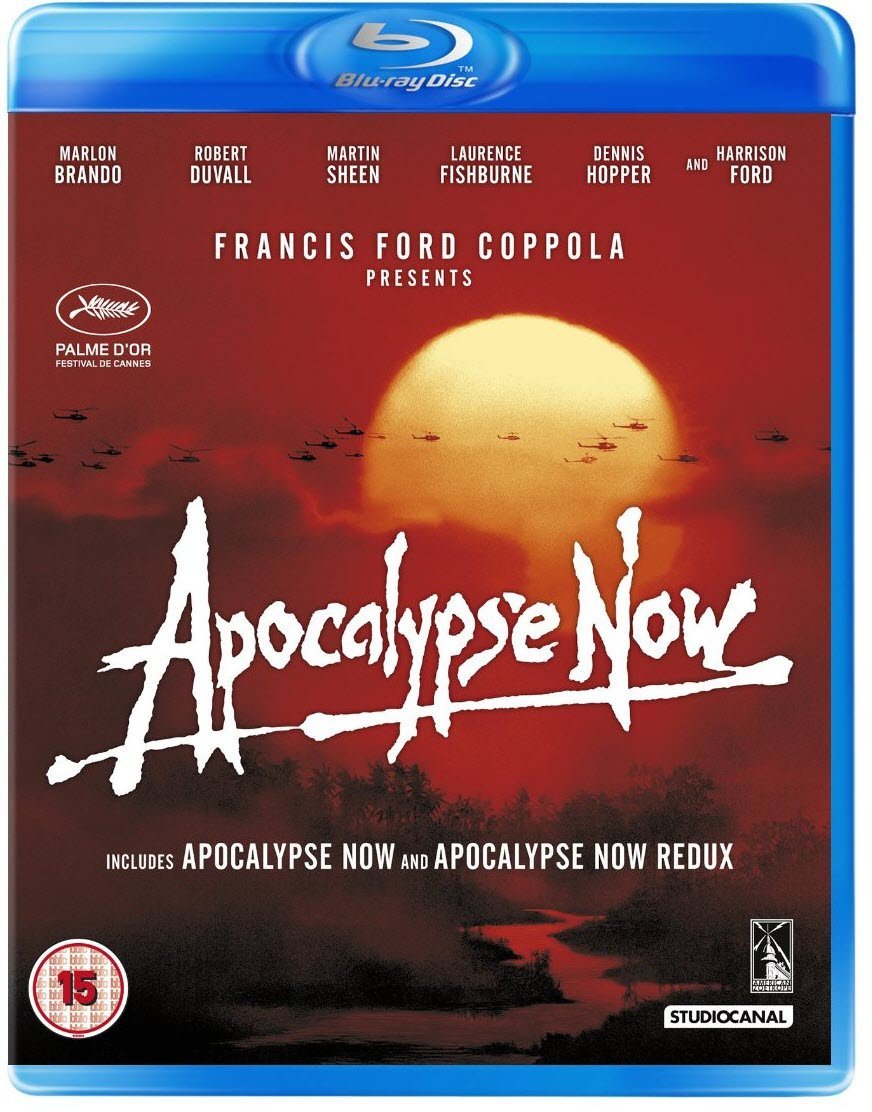 Close Encounters of the Third Kind

Simply put, this is one of those extremely memorable films that just sort of sticks with you long after you’ve finished it.  Moreover, Close Encounters is considered to be one of Steven Spielberg’s greatest movies too, which should definitely count for something.  The blu-ray package contains 3 different versions of the movie, which is perfect for film junkies who love to pour over all the details. 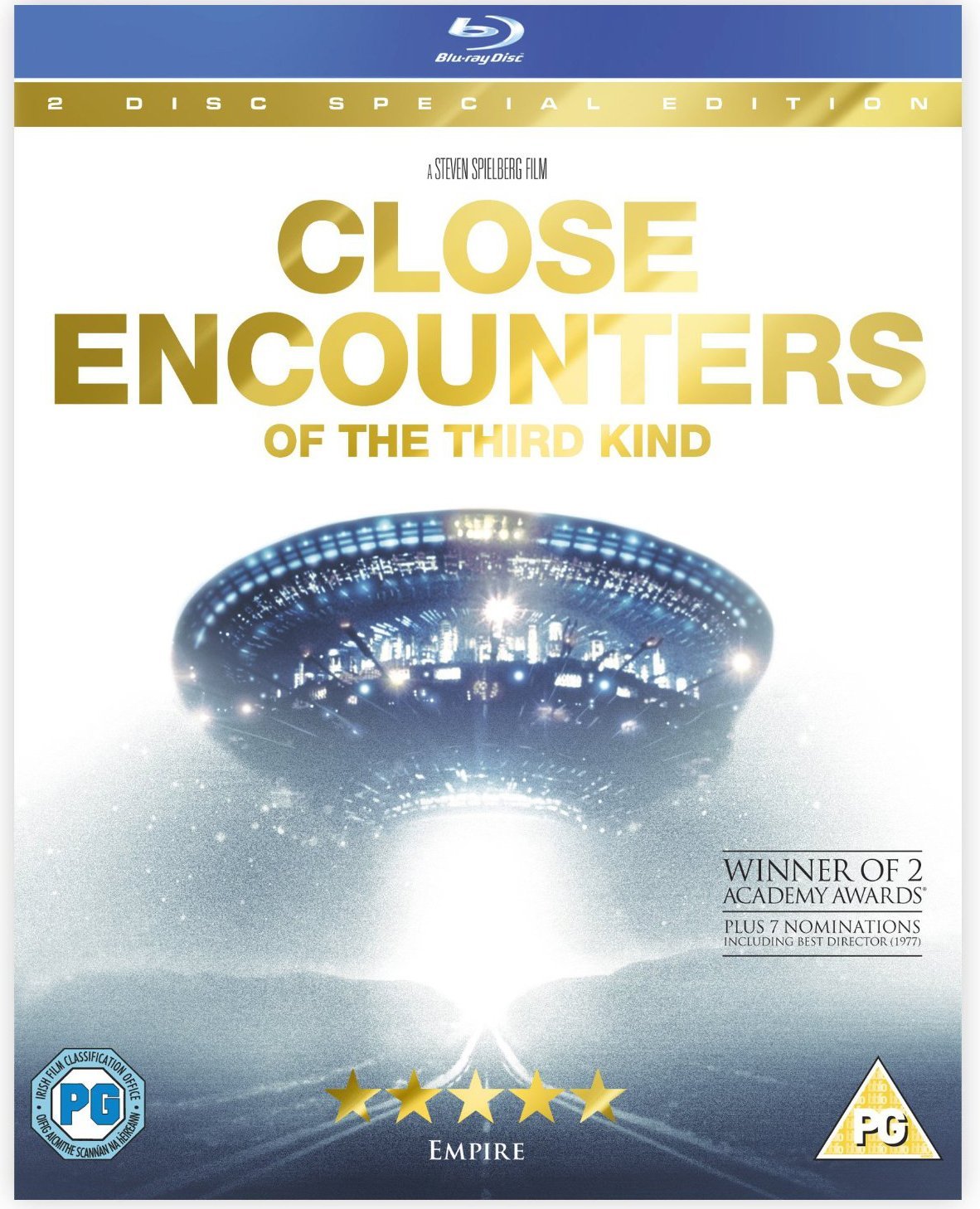 Some movies are simply designed to blow your mind, and “Inception” certainly deserves to be among them.  The movie itself features a relatively straightforward plot, not too different from your average conspiracy thriller, but things get a bit muddled when our protagonists begin to enter dreams within dreams, further elongating their perception of time.  The performances are top-notch and the cast is stellar as well, but the big pull of this blu-ray edition are the visuals and effects, which are greatly enhanced in this version due to the higher resolution of the format itself. 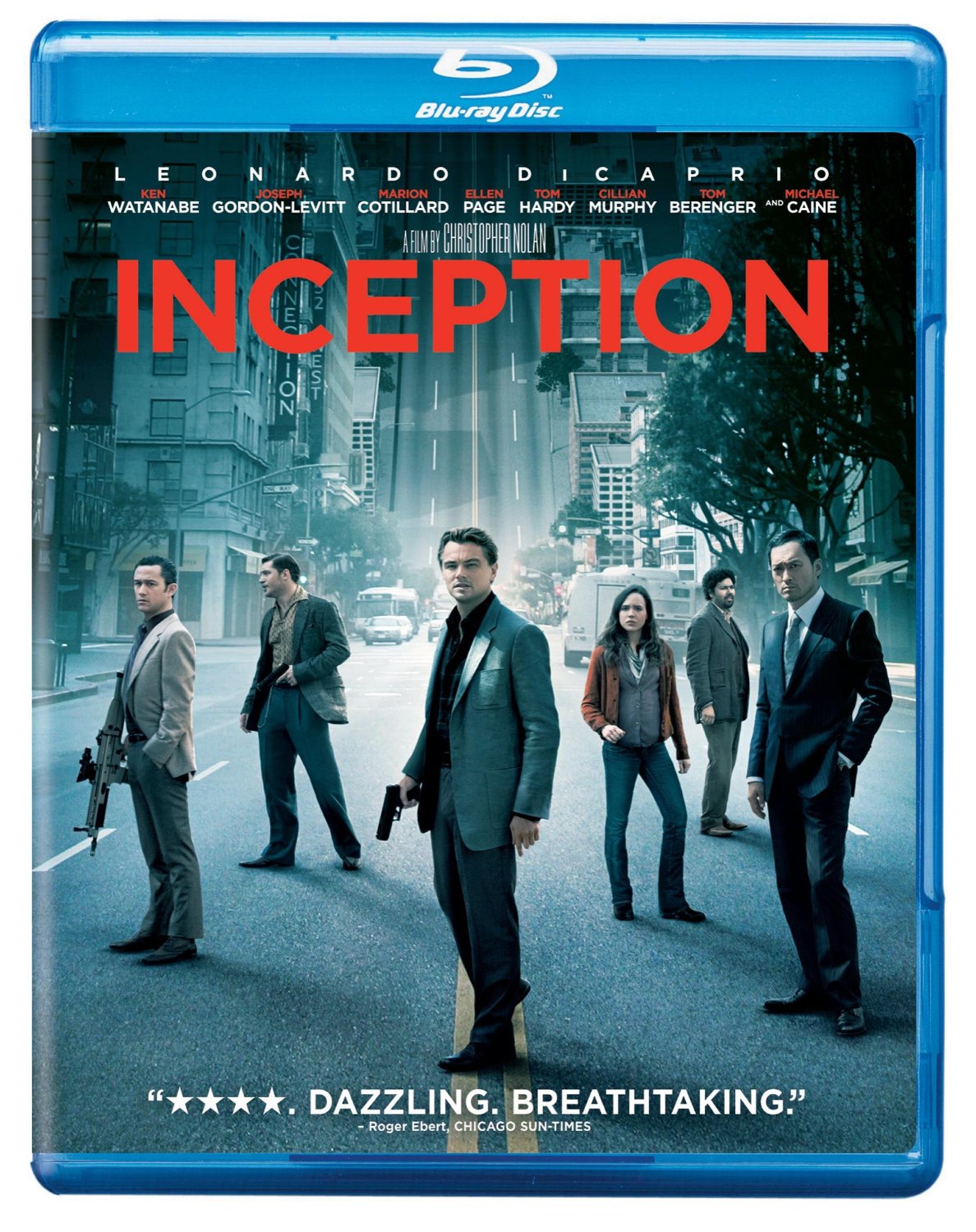 If you could point toward one movie which almost single-handedly changed the film landscape while inspiring dozens of aspiring filmmakers to explore the realm of horror, it would have to be 1975’s “Jaws” (another one from director Steven Spielberg).  While it might not be one of the absolute prettiest blu-rays on this list, it is certainly a modern classic and looks wonderful in its newly improved condition. 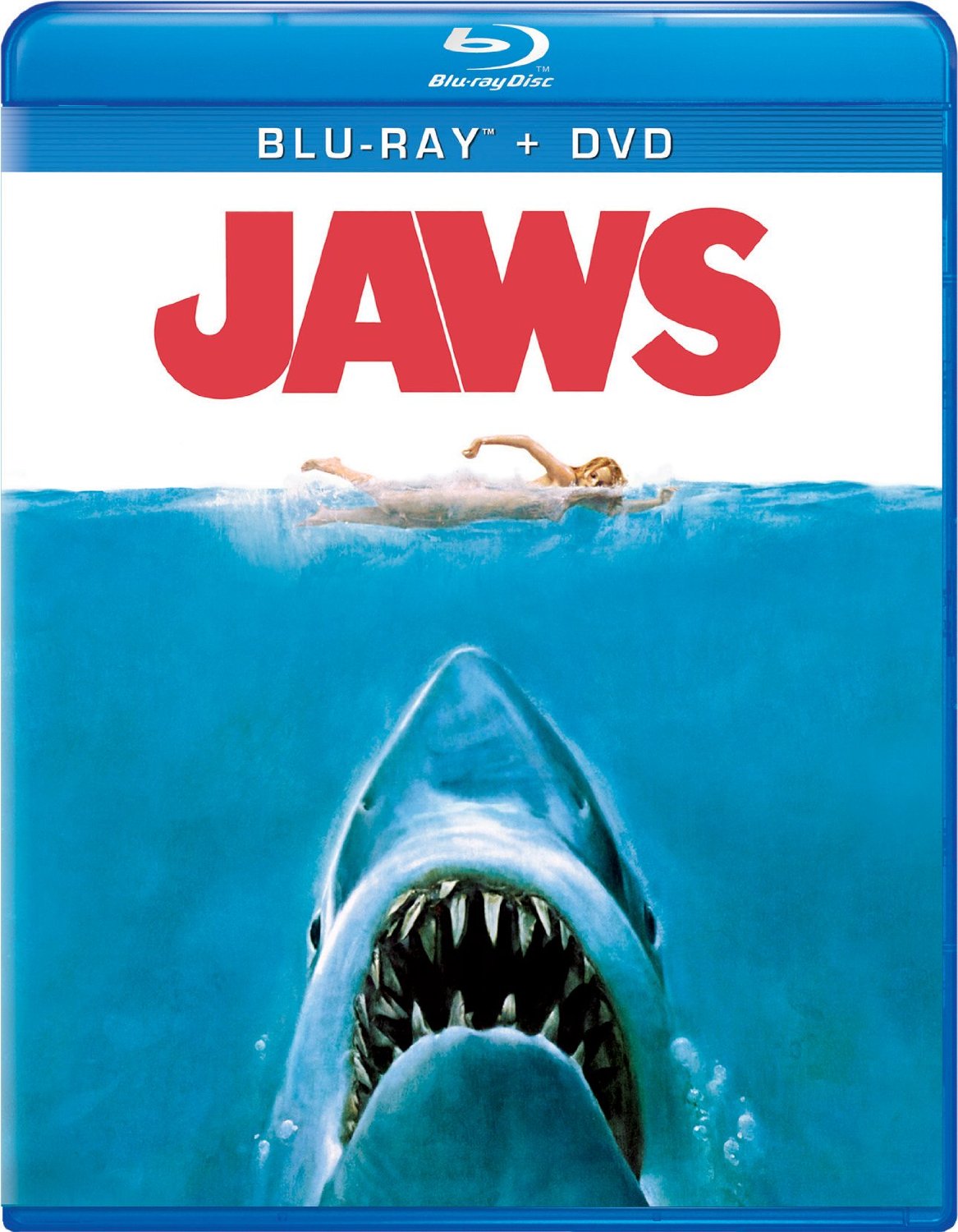 At this point you might be wondering “what’s going on here, it’s yet another collection from Hollywood legend, Steven Spielberg, what gives?”  Well, as they say, you need to give credit where it’s due, and many of Spielberg’s movies are simply among the best.  In this blu-ray edition of the Jurassic Park trilogy, we’re treated to some of the best-looking movie moments as well as a charming story full of wonder.  Of course most people might not be as crazy about the two sequels, you have to admit that they’re still great films and worthy of several viewings.  This package also contains hours of bonus features, making it one of the better values around. 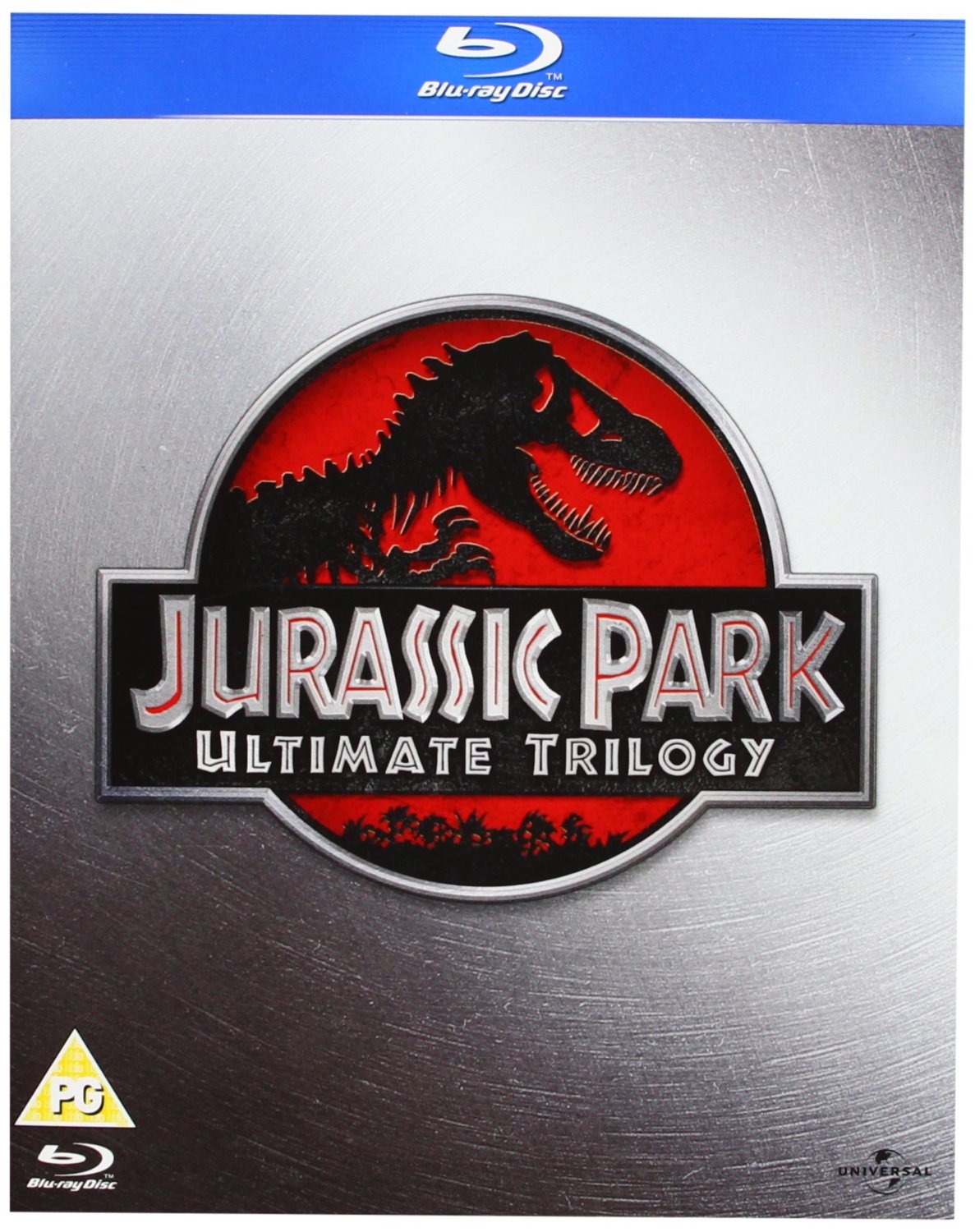 The Lord of the Rings: Motion Picture Trilogy

Few films have been able to capture the essence of a historically important book such as Peter Jackson’s “Lord of the Rings” adaptation(s).  Not only are the effects and environments truly a feast for the eyes, the cast and screenplay are also amazing, which makes this set of films truly spectacular.  Don’t be too shocked though, this package actually contains no less than 15 discs!  Anyone who considers themselves to be a true LOTR fan or is interested in getting the most out of their blu-ray player should definitely pick up this fine trio of now legendary films. 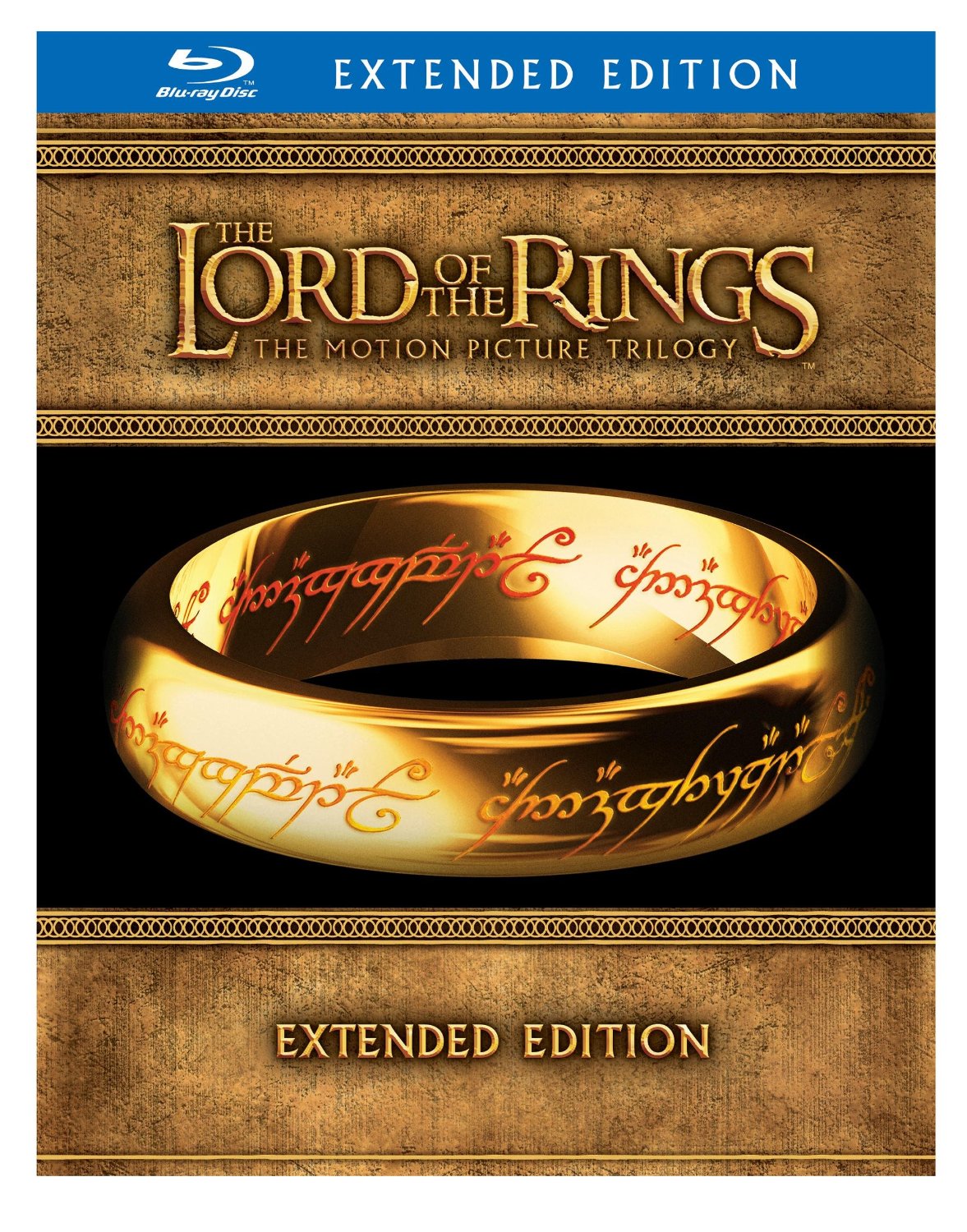 This particular set should need no introduction as it contains no less than three of the most highly-lauded movies in modern history – the original Star Wars saga (episodes 4-6).  Of course the fun doesn’t end there, the first three films are also included, all of which are pretty great in their own right.  Even if you’re turned off by the direction that was taken with the prequels which included a heaping of computer-generated special effects, you cannot deny the power, history or influence of these films, collectively.  Plus, being able to watch the newly restored version of the classic trio of movies in the Blu-ray format is perhaps reason enough to buy it. 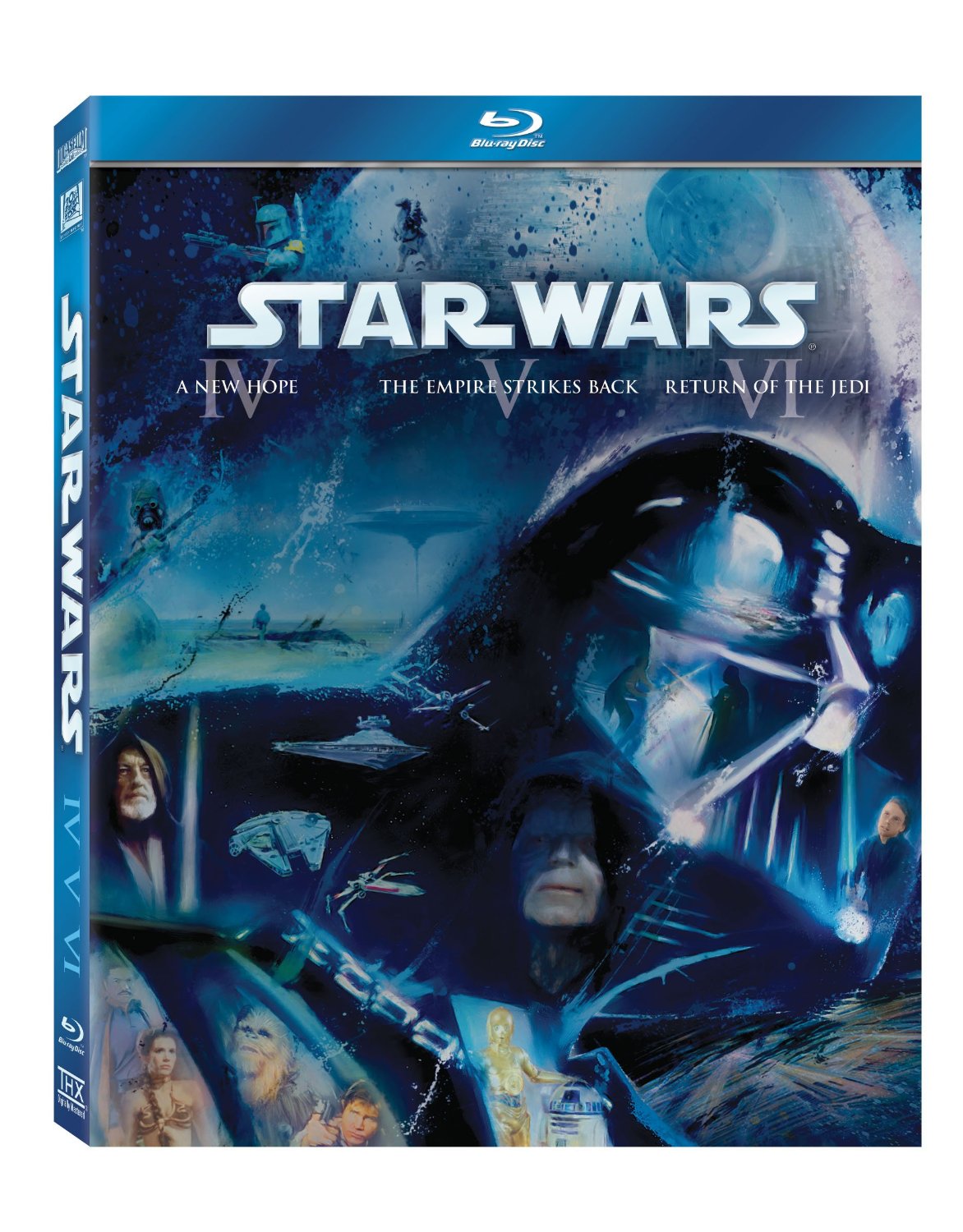 Director Stanley Kubrick is perhaps one of the most enigmatic and intelligent filmmakers to pick up a camera and his 1968 movie “2001: A Space Odyssey” is certainly a testament to that.  This is the type of movie that will likely leave you scratching your head at first, however soon thereafter you’ll begin to move through the dizzying labyrinth that Kubrick built up inside the plot of the film.  Naturally, all of Stanley’s movies are amazing and should be picked up in blu-ray format ASAP, but this is the only one that’s currently out and available, so it’ll have to do for now. 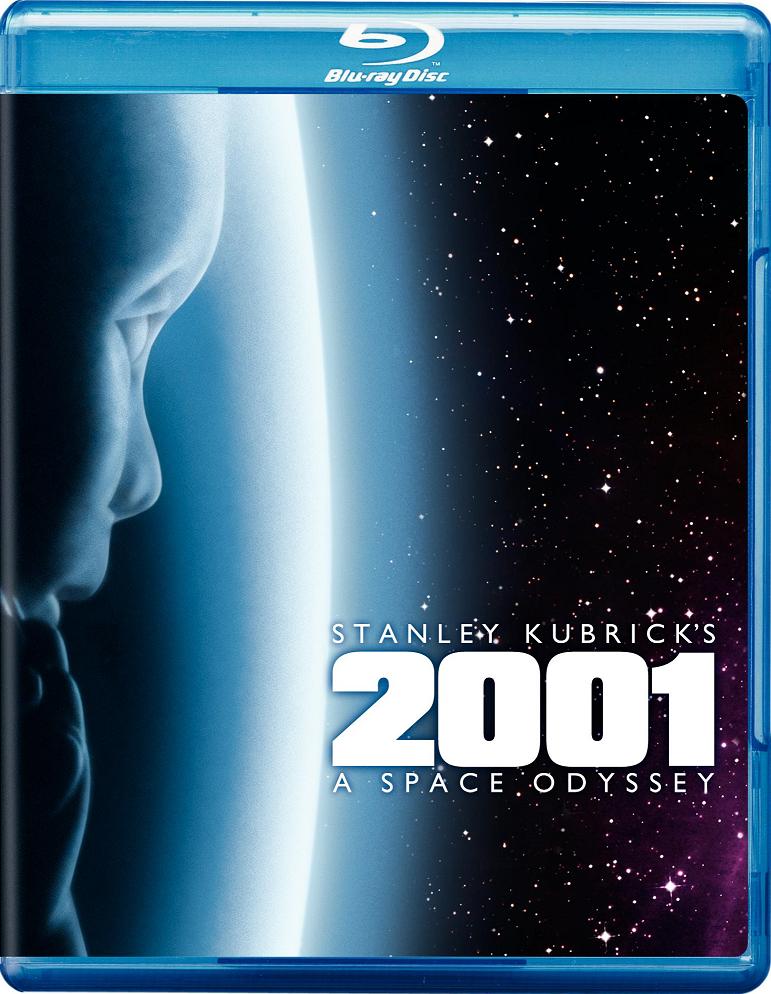 Just like many of the other brilliant film trilogies that have gone before it, the Matrix collection of movies are among the best.  Of course most people might gravitate toward the first film, “The Matrix” with its then-groundbreaking visuals, filming techniques, and mind-blowing plot, but one shouldn’t simply pass on the other 2 movies.  In the blu-ray format these films truly shine and their messages are well-received, you’ll want to experience them over and over again. 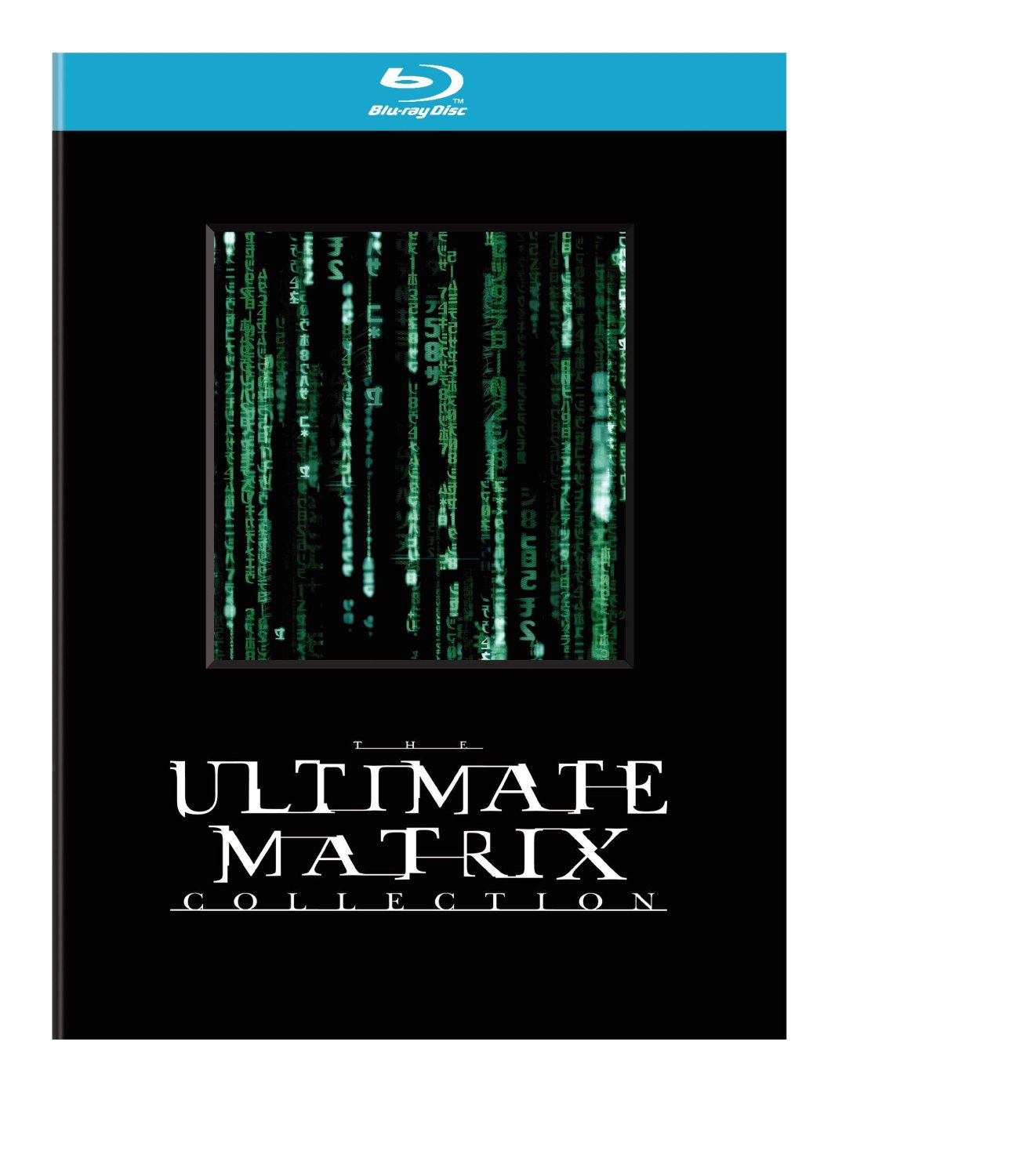 There’s a reason why Christopher Nolan’s 2nd Batman movie “The Dark Knight” broke so many theater records and enthralled audiences worldwide – it’s a spectacular film.  Moving away from the style of his previous addition to the series, The Dark Knight takes on a grittier feel that really tries to pull you into the action on an emotional level to great effect.  Of course it doesn’t hurt that both Heath Ledger and Christian Bale both turn in amazing performances either, propelling the movie to the next level, if you will. 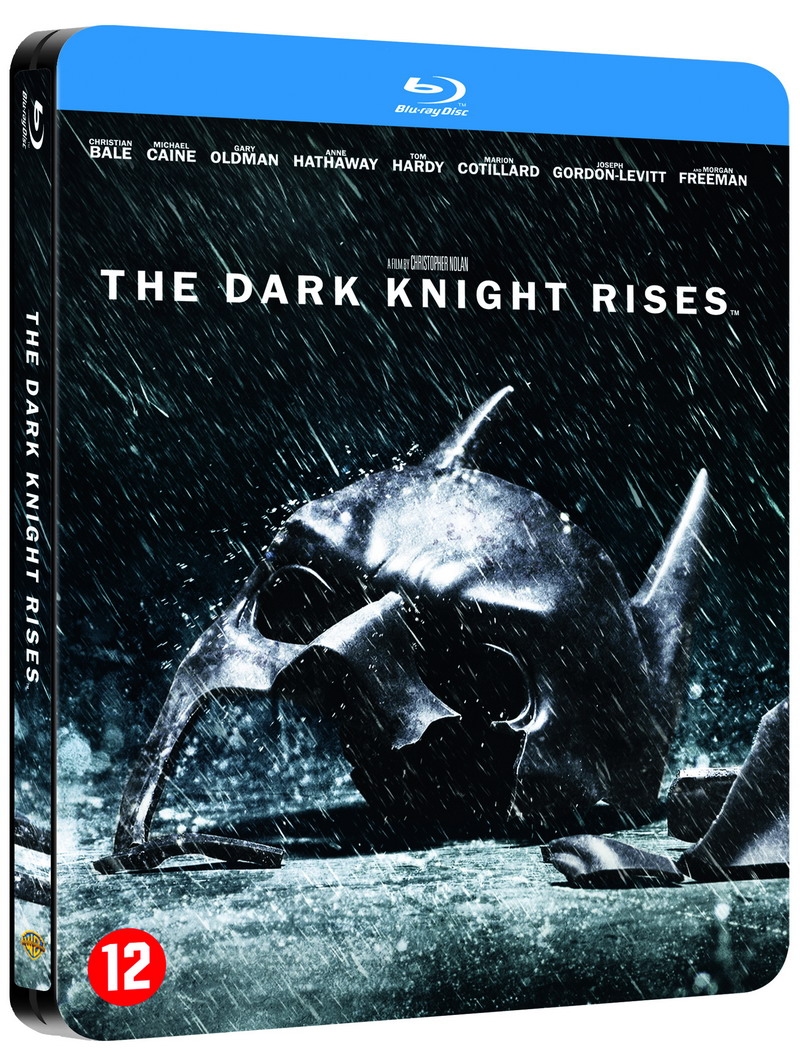 Of course everything can’t always be fun and games, we have to include at least one feature which is in some way, dare we say it…educational.  Not to worry though, the “Planet Earth” series is expertly shot and narrated and features some of the most stunning video of our little planet that you’re likely to see.  Seriously, if you’ve never seen any of these specials before definitely check them out on Blu-ray as they look beyond spectacular in that particular format. 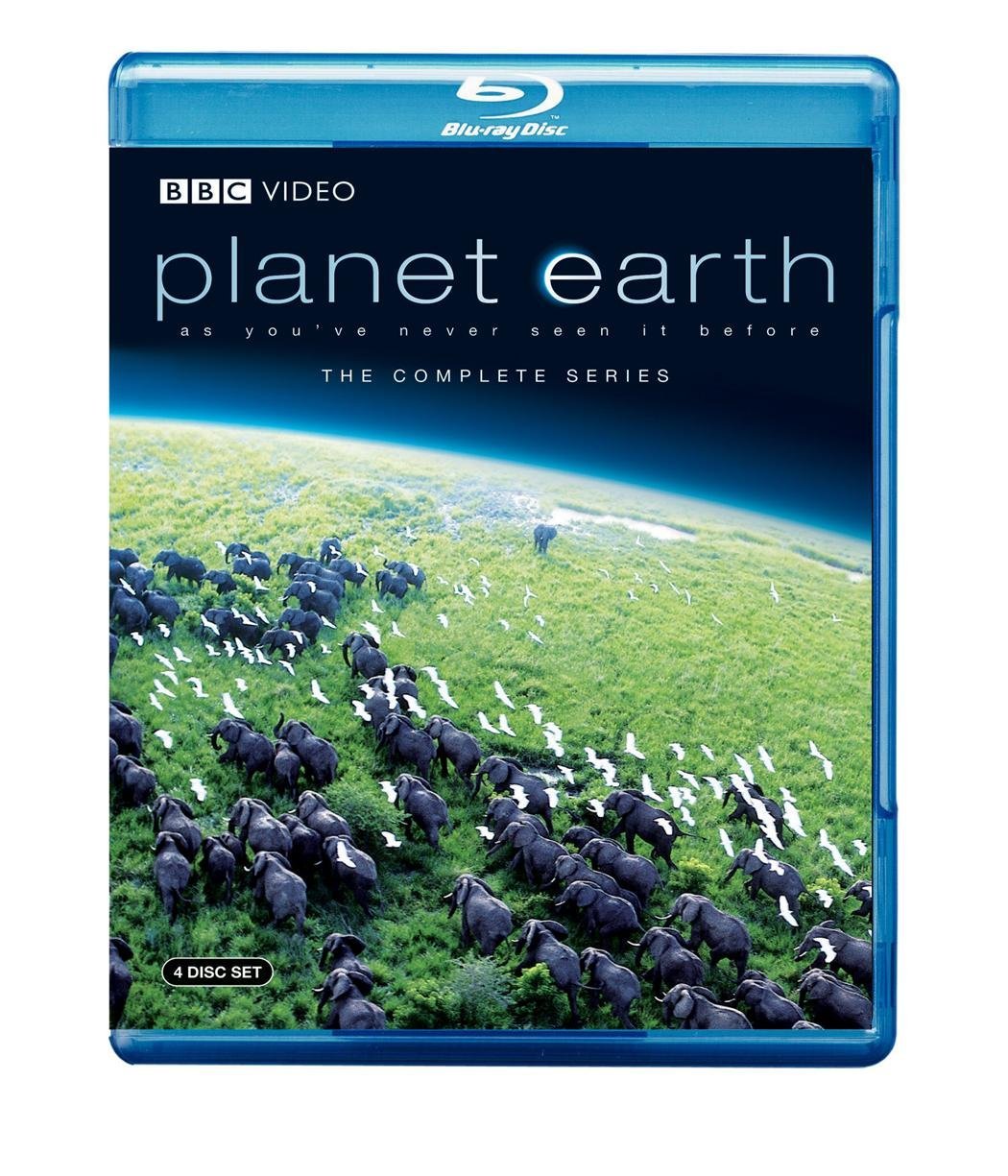 Last but certainly not least, we have 2012’s “Prometheus” which acts as a prequel to the film “Alien”.  Needless to say, Ridley Scott continues to dazzle in the director’s chair and this movie a perfect testament to his brilliance.  After all, who could deny a plot that involves a space mission which might very well explain the origins of mankind’s presence on Earth that then takes the explorers on a journey to parts unknown only to leave them stranded on an alien world?  In short, it’s a great film that also looks fantastic in the blu-ray format. 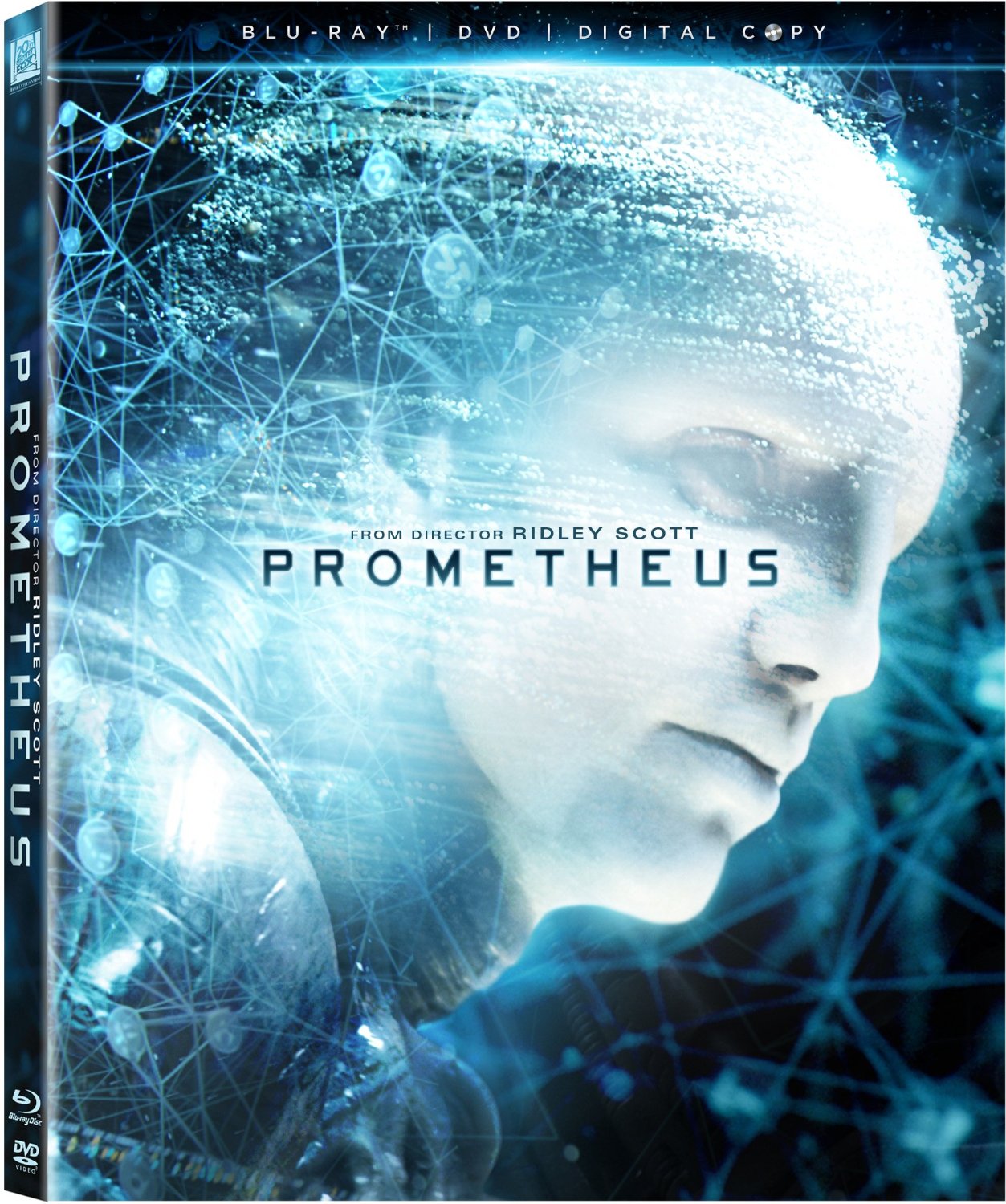 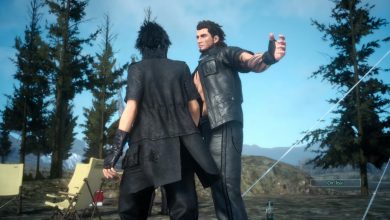 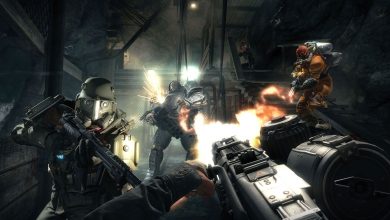 Planet Earth on Blu-ray looks amazing! Must have imo