To a lot of people in the whole PC vs Console debate, there is no question: PC reigns supreme, after the PS4, of course. They say it has better hardware, more customization, more games, and things like that. And to be frank, for as much in the console camp as I am, they’re right to a certain degree. A good gaming rig is superior to just about anything we’ve ever seen from consoles within certain areas, and even when a new console does a great job and is super powerful, such as the PS4 Pro, the PC ends up pulling ahead in pretty quick fashion. However, there are many credits that even some diehard PC gamers give to the console developers, two things in particular: 1. The exclusive games on consoles are great, powerful stuff. 2. The controllers for the consoles are actually amazing.

From a software side, it’s not question that consoles have a good hold that PC gamers would want. The Legend of Zelda Breath of the Wild is only on a Nintendo console, one of two. Horizon Zero Dawn is only on PS4, not forgetting the incredible list of PS4 exclusives incoming. Super Mario Odyssey will only be on the Switch. Kingdom Hearts 1.5/2.5/2.8 are only (together that is) on the PS4. You get the point; the software is truly great on home consoles. But that’s not it. Many people have praised both the Xbox One controller and the DualShock 4 for being well designed and comfortable controllers. The base model controllers are great. I know of many people that don’t want the consoles, even for their exclusive games, but who play some of their PC games with the DualShock 4, especially now that Steam supports it. In 2016 Valve’s Jeff Bellinghausen talked about the PS4 controller coming fully to Steam he said, in part: “Now, why start with the PS4 controller? Well, not only is it a really nice, high quality controller, but it’s also got a gyro and a touchpad, so it’s got a lot of overlapping functionality with the Steam Controller.”

So, he sees the benefits of the DualShock 4 controller and what it brings to the table, as do the many millions of people worldwide, whether using it on their PCs or on their consoles. But is the stock DualShock 4 the best of the best when it comes to PS4 controllers? No, it actually isn’t. It’s one of those situations like “if you think this is great you haven’t seen anything yet.” So, what are some of the best third party PS4 controllers out there? Let’s take a look at some of those! No real order to the list or anything, just something for you to keep an eye on if you’re interested in a better PS4 controller. 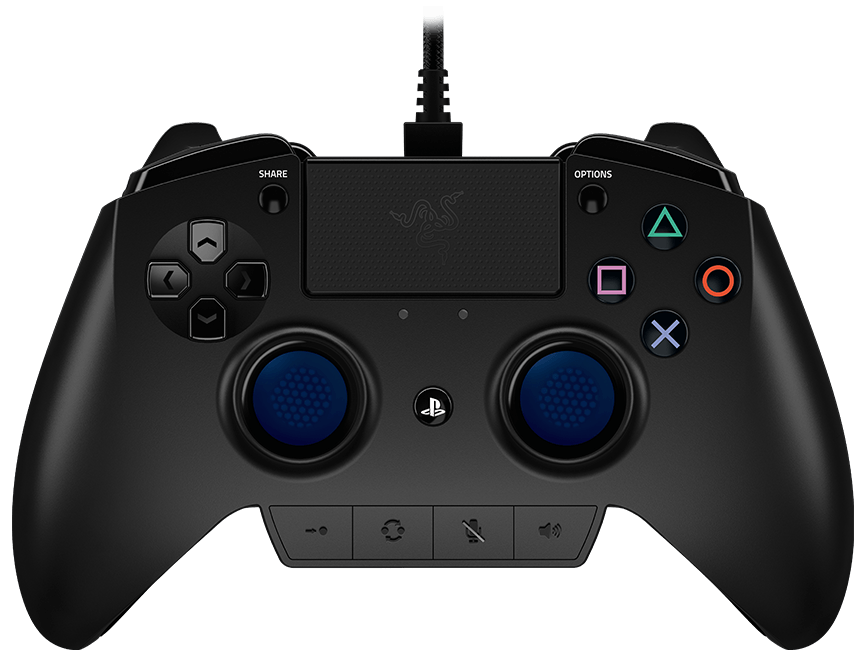 The Razer team is known for making controllers that are good for the eSports world so if you’re wanting to have a PS4 controller that’s better for tournaments and eSports on the PS4 this is a great pick for you. I mean it’s not like it’s designed to be a bit better than the normal controller as far as tournaments are concerned it’s designed so you can totally conquer the tournaments. You got to get good, so may as well have a controller that enhances your skill! It has some features listed from the company which are:

The controller looks like a beast and it’ll certainly give you advantages over the normal PS4 DualShock 4, if you can get past the look. It’s boxy, not nearly as sleek as the normal controller, things like that. It’s not all that appealing looking. But for advantages in the pro gaming world it’s likely not going to be a deal breaker. And yes, you can plug it in and play on Steam with it! So, it’s not only a PS4 controller by itself. You can also download drivers for non-Steam PC games as well. Definitely a solid controller for you to consider. 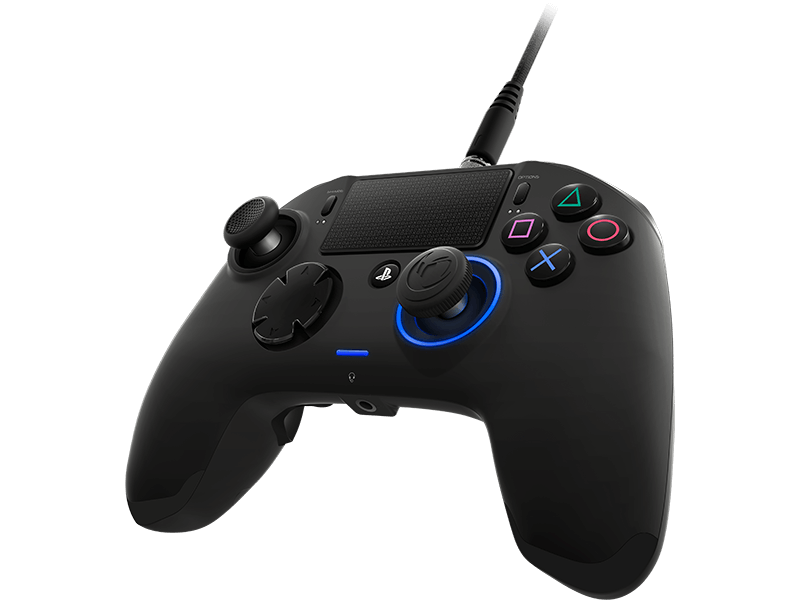 This controller was also developed with the eSports gamer in mind (see a theme here yet?). This controller is definitely better looking than the Razer Raiju so if you’re all about eSports and having a good-looking controller I’d pick this one if I were you. When it comes to Analog stick location the Raiju is better as far as being more like a normal PlayStation controller where the analog sticks are next to each other with a space in between. It looks normal in that sense. The Nacon, however, looks more like a Xbox controller. Which isn’t bad to me, I think the Xbox controllers from the 360 on are great. But not everybody agrees so keep that in mind too. Here are the features for this one: 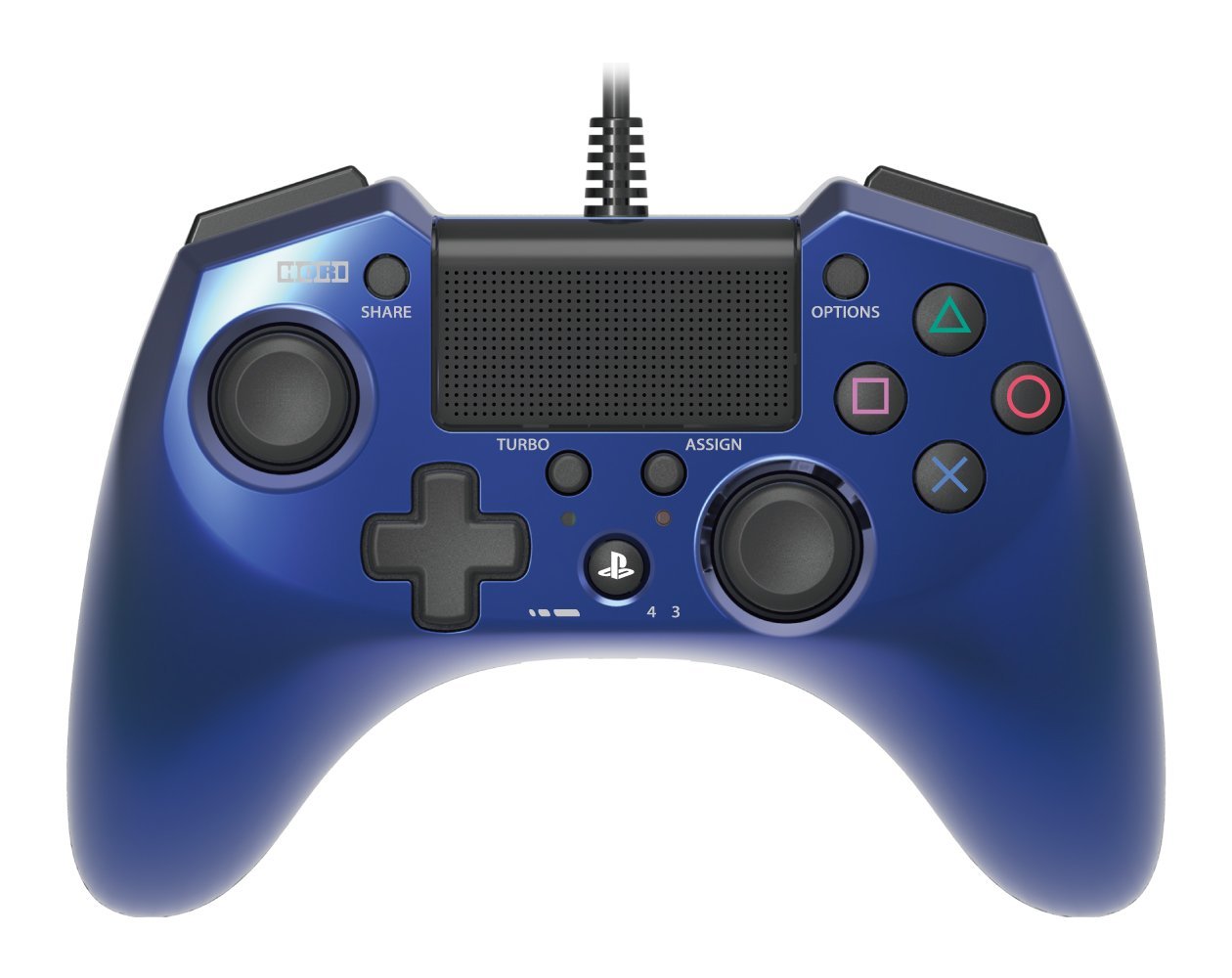 This controller is the first third party (non-officially-licensed controller of course) PS4 controller that has a trackpad in it. It also switches the d-pad and left analog stick location, making it appear more similar to a Xbox controller, similar to the Nacon Revolution. As the name more than gives away, this controller was designed with first party shooters in mind, as opposed to the others which are eSports mastery controllers. There is no light bar here, no six-axis motion, and no port to connect a headset to it. It doesn’t vibrate either. You may ask why you’d even want this one then? Well there is something good to be had here: the d-pad, buttons, and triggers all support turbo. So, a single push of a button can be turned into multiple button hits resulting in great rapid-firing abilities. Which can help a lot in a shooter for sure.

Everything I said may make it sound bad, but honestly on Amazon it has a strong rating, with several people commenting on how it’s a great controller and is brilliant for shooters. In other words, yes, it’s an enhanced controller that’s good for shooting games on PS4, as advertised. So, if you want a good FPS PS4 controller, one that’s above what you normally have in the standard controller, then you should go for this one!

Personally, I think the top two are the best pick, in addition to the already great DualShock 4, but it again depends on what you’re after. If you want to have a good eSports dominator controller you can’t go wrong with either the Raiju or the Revolution. Think gaming on PC with it too is important? Then go for the Raiju. Oh, and if you want a good FPS controller and that’s your primary focus? Then go for the FPS Plus. All 3 of these controllers are great and improve on the already great benchmark set by Sony in the first place. Now you just have to pick what you want and what for and game on! 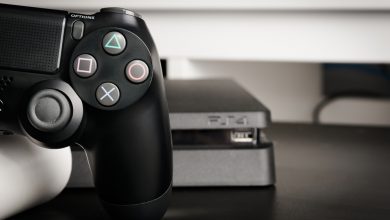 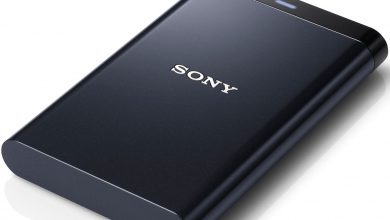 How To Connect An External Hard Drive To Your PS4

The best ever PS4 controller available in the market.
http://amzn.to/2jiHpks

that controller is great for getting carpal tunnel