Picture a time way back when: Stock, Aitken and Waterman were bigger than Simon Cowell is today – I know, imagine! Perms were cool whether you were male or female and the biggest concerns regarding privacy still involved neighbours and heights of hedges. Yes, 1988 was in many ways a different world altogether. Still, although it was the year Rick Astley unleased Never Gonna Give You Up, it was also the year in which we were gifted Rainman, Die Hard, and, on the gaming front, the original Wasteland. Thank heavens for small mercies, eh? 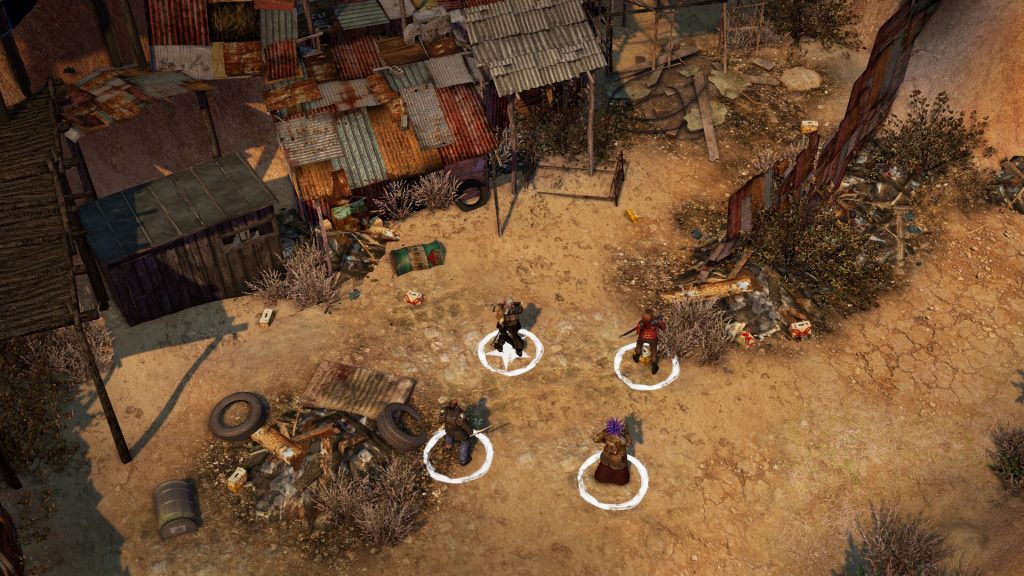 What a long time it has taken to come up with the sequel – just think how we’ve all changed since the late 1980s, and the very fact that developers inXile have funded the sequel via Kickstarter says it all about the world we’re now in. So, where are we up to with this version? Firstly, the astute amongst you will notice that this review focuses on the Director’s Cut of the sequel – which has transferred the action to Xbox One and PS4. Essentially, glitches have been more or less fixed and there are general improvements all round in the Director’s Cut including improved voice-overs and graphical upgrades.

Regardless, it’s been so long since the original was released, we might as well go over what the game’s all about even if you did play the first one 27 years ago. So, the game is set in a post-apocalyptic Arizona and it’s a turn-based tactical RPG. Controlling a party of up to 7 characters (4 of which you can have the fun of designing yourself), you’re tasked with the mission of solving a mystery which threatens the meagre existence of the surviving populace. Decisions you make all have the potential to bring with them dire consequences and the voice-over actors will leave you in no doubt that this is true. For example, in an early quest you have to choose to save the inhabitants of one of two towns, not both – you’ll then have to listen to radio coverage of the fate of the town you elected to leave to burn. It all sounds a bit bleak and grim, doesn’t it? However, there’s meaty tactical gameplay, deep character progression and thoughtful moral choices you must make which all add depth to the gameplay here. 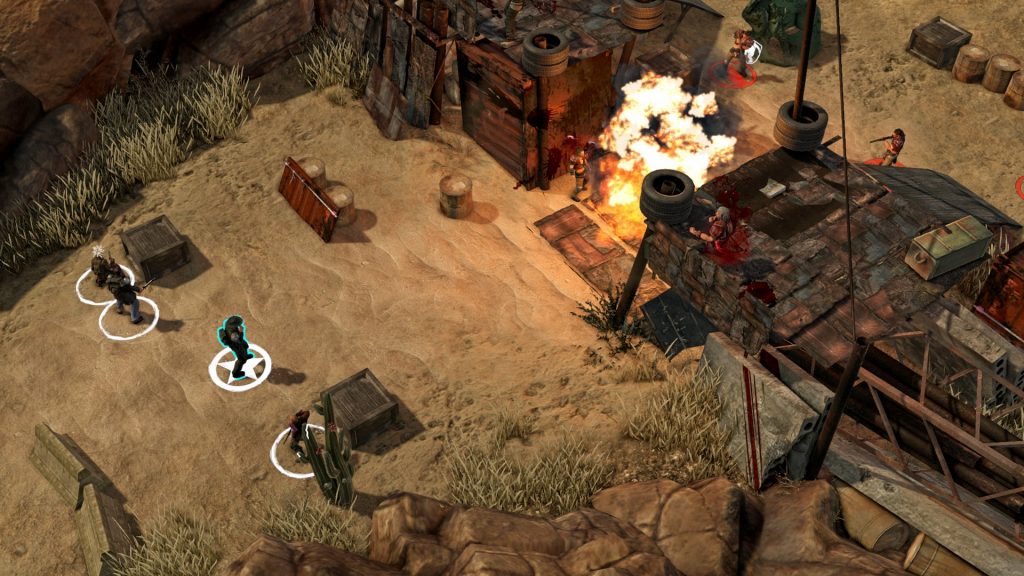 Nice touches include the fact that the developers seem keen to embrace the fact that the original was released so long ago, rather than be embarrassed by this fact. Thus, much of our knowledge of tasks and quests comes from text on the screen, rather than heavy duty voice-overs. There are also new features in the character creation section including adding ‘quirks’ such as ‘Asshole’, ‘Unlucky’, or ‘Manic Depressive’ – which all sound fun, to be honest.

This game isn’t perfect, and technical glitches persist right through to the Director’s Cut. However, offering over 50 hours of old-style RP gameplay, it should certainly not be discounted. Just try not to sing Rick Astley whilst playing it, okay?