Whilst the mere mention of Fifa or Fortnite may be enough to send your partner running for the hills, recent statistics have shown that esports gaming is not something to be taken lightly, with NewZoo predicting there will be over 307 million casual viewers of esport by next year. This represents a 14% year on year rise. This growth is mainly thought to be attributed to a rise in awareness in esports, with a growth rate of a few hundred thousand each year since 2015. However, whilst the esports industry has seen significant revenue growth, the same cannot be said for Playstation gamers, who are yet to be taken as seriously.

What is a professional e-sports player?

As they said, it’s not what you know; it’s whom you know. And in an ever growing market such as esports betting, this has never been more evident. To get into this elite world, esports gamers must find a professional team or league to play in. Similarly to the physical sports world, the epsorts gaming world is filled with talent scouts who search for young and talented players to join the elite world of cyber-athletes. As one talented player comments:

What does being a professional e-sports player involve?

Whilst a lot of talented gamers are all-rounders, most professional esports players have a niche area that they focus on. Whether you’re an expert at Counter Strike, or Call of Duty’s number one fan, by focusing on one game you’ll be able to build up your skills daily and increase the likelihood of becoming a pro.

Once you’ve found your niche area, all that’s left is to put in the hours. Whilst it may sound ideal, the average professional esports player must put in their blood, sweat and tears, day in, day out. To reach the top level, players must spend many hours perfecting their gaming techniques, with rumours that many cyber-athletes put in as many as 10-16 hours a day before a big competition. However, those that do put in the hours can then move on to tournaments and professional competitions. In fact this is now an ever-growing market, with over 1.13 million people streaming such events on YouTube; many of which place e-sporting bets on a regular basis.

One thing that’s different to the physical sporting world is that cyber-athletes are usually significantly younger than their counterparts, with many professional esports gamers starting as toddlers. Statistics show that the average amount of hours a player is required to put in to reach a professional level is around 10,000 hours. Whilst this may sound challenging, these young players are often earning a significant amount of money, with monthly salaries varying from $1000 to $5000.

Why do PlayStation gamers not get the same credit?

Despite the day and age, age discrimination is a large contributing factor. When asked to describe the typical PlayStation gamer, many would imagine a teenage boy who would spend hours in his room, emerging only for food. However, today’s statistics show that the average gamer is in their mid-30’s, meaning gaming is no longer exclusively a past time of the young. This shows that gaming has become a fully-fledged form of entertainment for the masses, and as such demands the respect.

Another factor that possibly created a bad reputation and encourages PlayStation gamers to be taken less seriously than professional esports gamers is the amount of sexism that’s still around during game development. Whilst it may be true that sex sells, the amount of men and women who now play games professionally is demanding a new era of games that appeal to a new age of female players.

Issues aside, we are now in a decade of rising stars within the gaming industry, in which new players are now up against professional Fifa and COD players. With public matches and regular tournaments taking place, for those who want to join the elite professionals of the PlayStation world, it’s not an easy task.

What does the future look like for PlayStation players?

Overall, whilst it may be true that professional esports gamers are currently taken more seriously, as the average age of PlayStation players rises and fans become more and more devoted to the cause, it seems that esports players will be given a run for their money. Whilst we have identified a couple of current issues from sexism to gamer stereotypes which cause PlayStation players to be taken less seriously, one thing is for sure; professional PlayStation gamers are on the rise and their not be taken lightly. 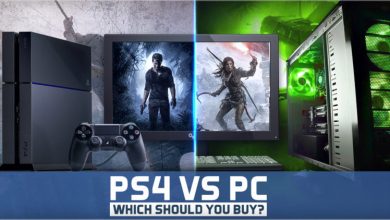 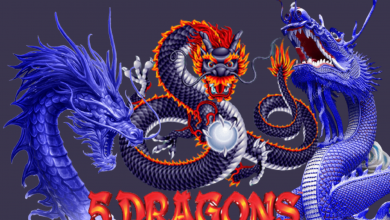