The thrill of hearing the crowd chant your name, the excitement of going all out for a chance to win the title. These are the dreams of many men and women every year who hope to make it to the WWE. Some see their dreams come true while the rest of us have to seek out glory via WWE2K17. This is the latest offering from the dream partnership between 2K and WWE. Since their partnership formed, the level of game play has increased by leaps and bounds and that continues in the latest game. There have been many changes since last years game came out including that of adding the largest roster yet. Some of the biggest names currently in WWE as well as many of the legends that paved the way are able to be pitted against one another in a wide variety of dream matches. In addition to the characters that are included in the game, there is a large number of characters that can be downloaded and unlocked. 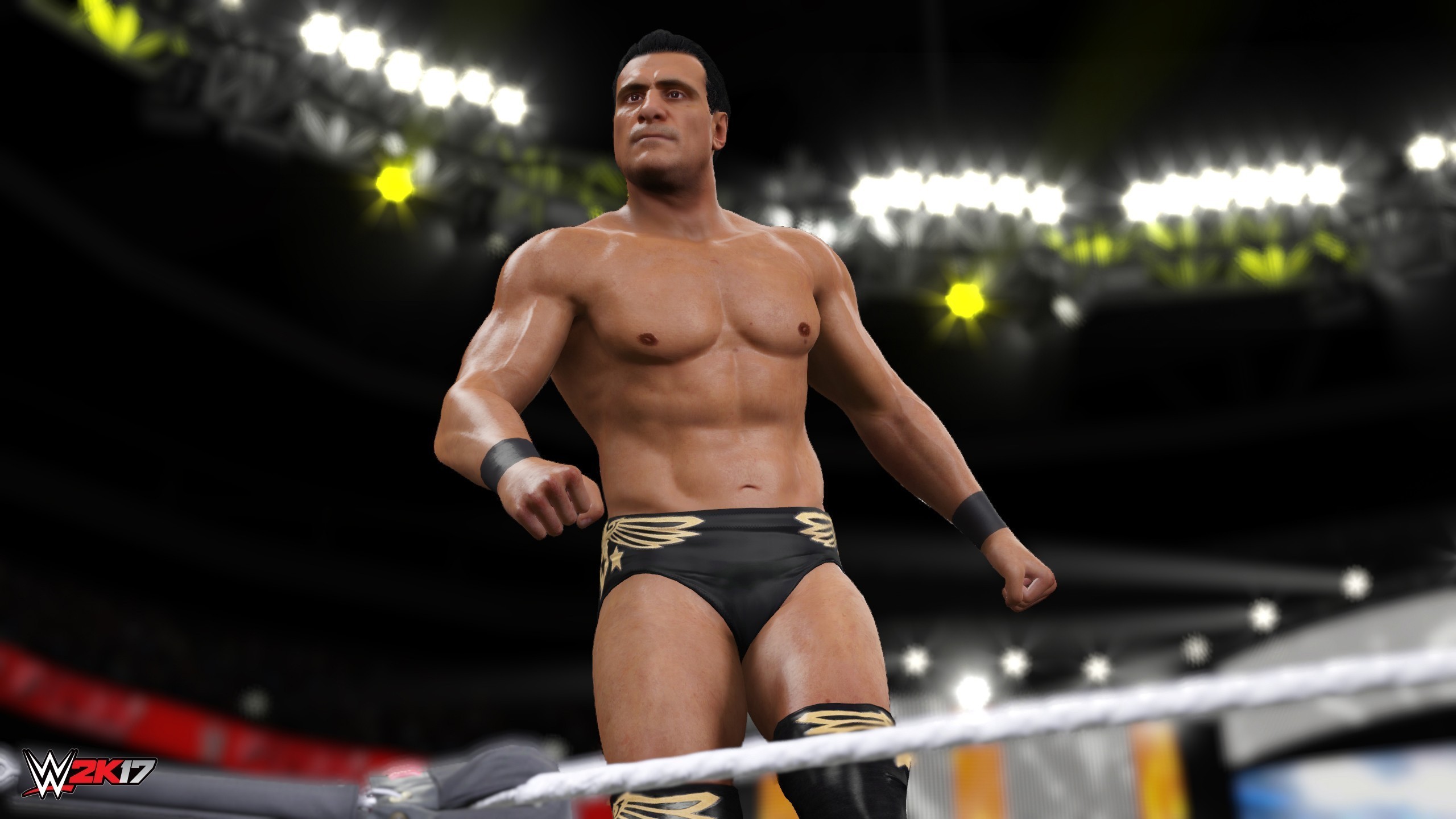 One of the things that many people said that they wanted to see change in this version was the addition to the different types of matches that a person can participate in. some of the craziest matches that the WWE has to offer. All of your favorite matches including TLC, Hell in a Cell and the Elimination Chamber are all able to be found. The exact type of match that you can participate in will depend on the number of players per match. This will give you the opportunity to create a dream match of Goldberg and Brock Lesner inside Hell in a Cell to see who really is the dominant wrestler. This allows you to be creative and put your favorite superstars through some of the torment that they endure in the WWE. It would have been nice to see a buried alive and casket match be included in WWE2K17, but there is always next year.

Here is the chance for you to see your dreams of being a WWE superstar come to life. The road will be long and will not be easy. If you are hoping to simply create a superstar and then challenge for the title, you will be disappointed as My Career mode is just as hard on the virtual you as the real deal. Your abilities will be judged by more than how well you do with your wrestling, but also with how well you can cut a promo. The better you do with these two skills, the better your overall ranking will be. Ever wanted to be a Heyman Guy, then this will be your chance to be managed by one of the greatest in the business ever. Once you have won at least one championship, the Heyman Guy challenges will unlock and you can begin the road to completing these challenges. Most of these will take multiple years. 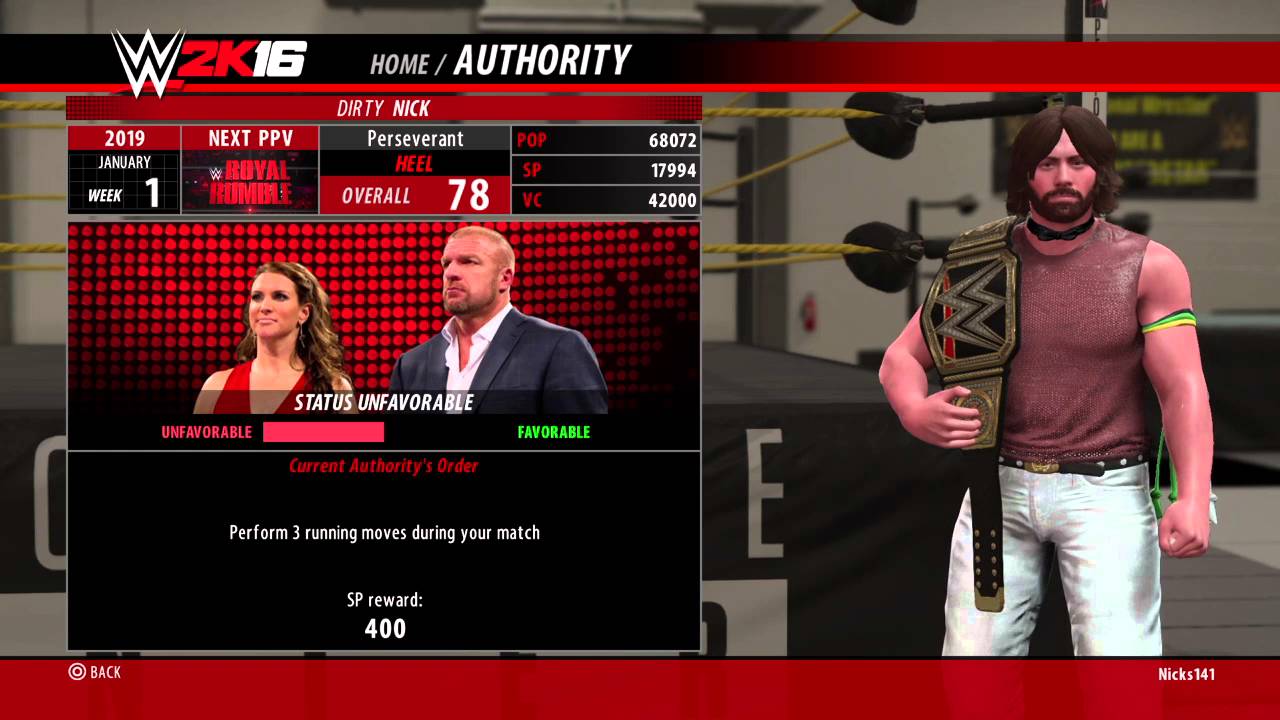 There are benefits as well as disadvantages to being a Paul Heyman guy. The biggest of these is the fact that you will automatically be a heel. This flushes any hopes you had of being a popular face with the fans. This also will put you in direct opposition to the Authority. Now that the bad news is out of the way, we can talk about the benefits of being aligned with Paul Heyman. One of these advantages is the sales of t-shirts that will earn you VC (Virtual Currency) faster.

If you are not wanting Paul Heyman to be your advocate, there is always the ability to align yourself with the Authority. These challenges are not as tough and will reward you with VC but there is the risk of failing to accomplish the task and falling out of favor with the Authority. If you fail to accomplish a challenge for a particular week, you will not gain any favor and earn no VC for that week. These are the two paths that you can choose along the way to championship glory. There is also the option to pave your own way and not align yourself with either side.

Here you are in charge, everything about the WWE you control. You set the weeks schedule, the shows that superstars compete on even when there is a run-in and where in the match this happens. The one thing that stands out for WWE2K17 is that you the WWE fans are in charge of the experience during Universe Mode. This puts the power of the WWE in your hands.

If you are looking for a game that will make your skin tingle with excitement and will give you the same thrill as being a WWE superstar, then this game will be for you. With an entire universe that can be customized, WWE has come a long way over the years in the experience that they give their fans playing their games. 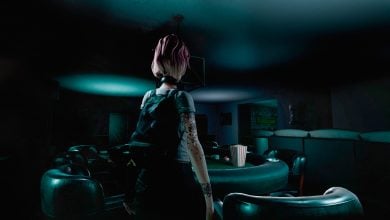 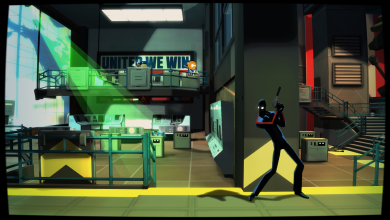 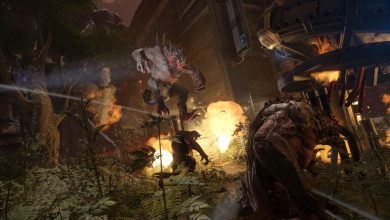